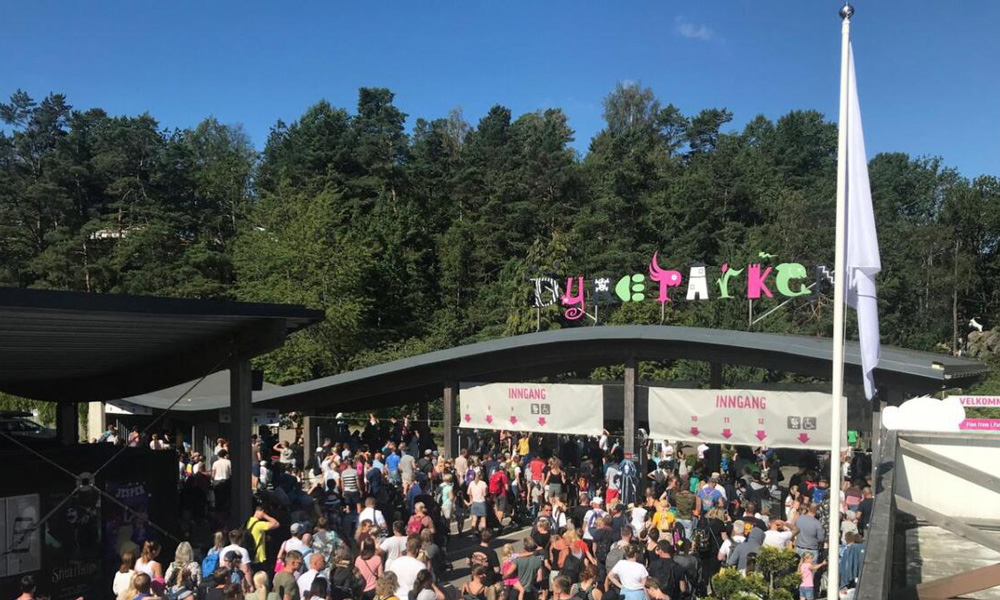 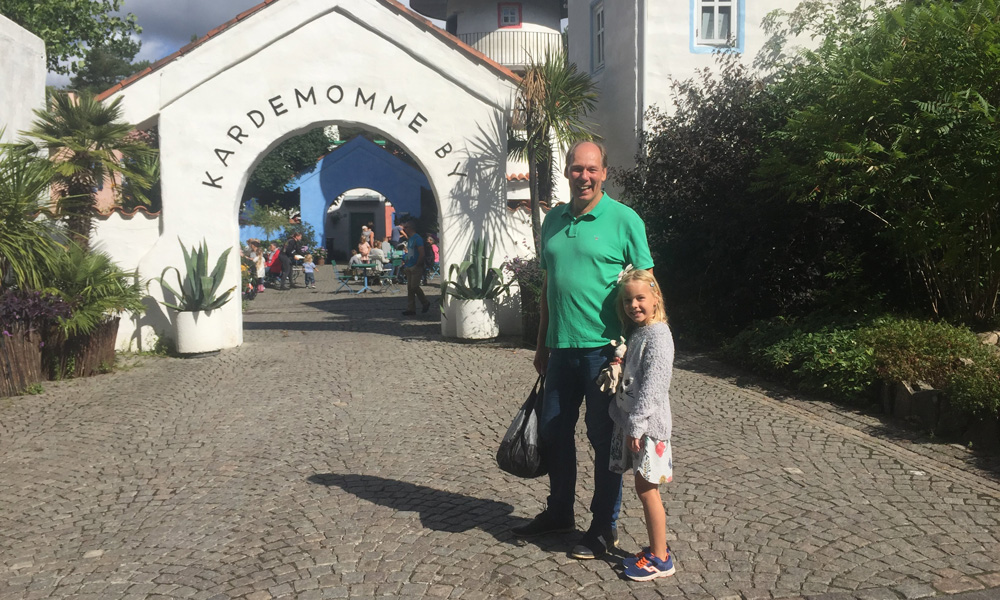 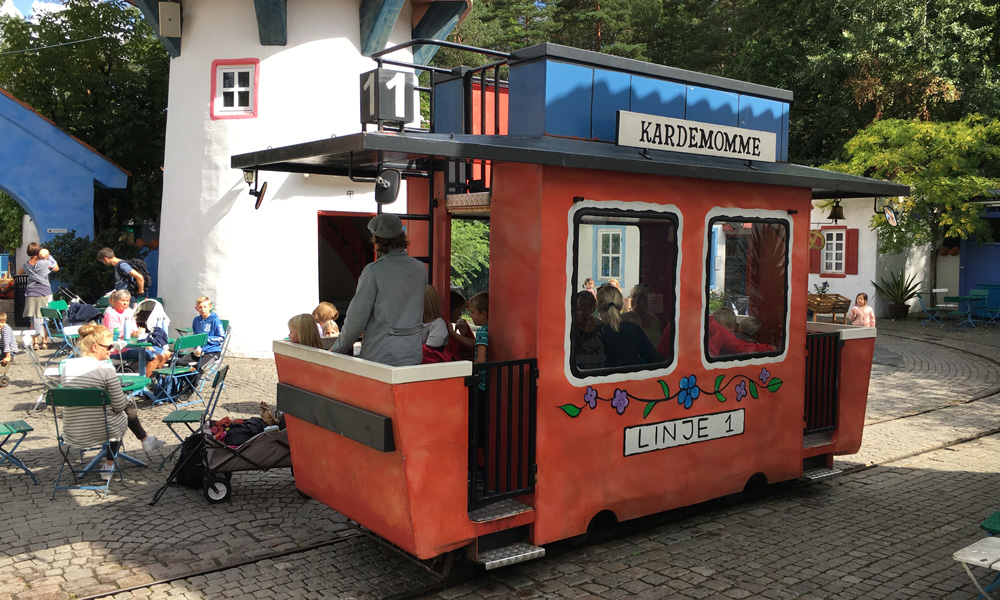 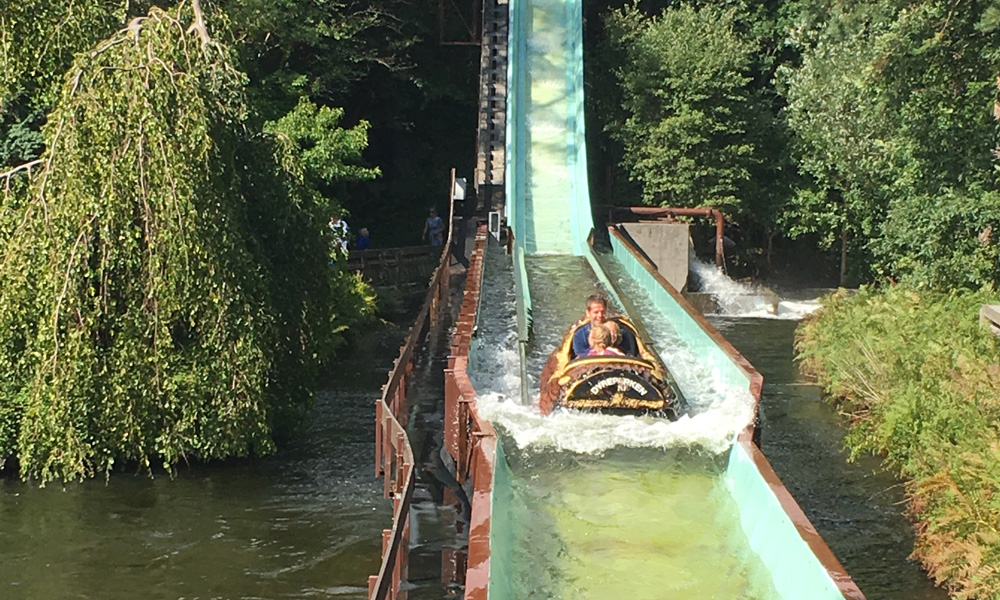 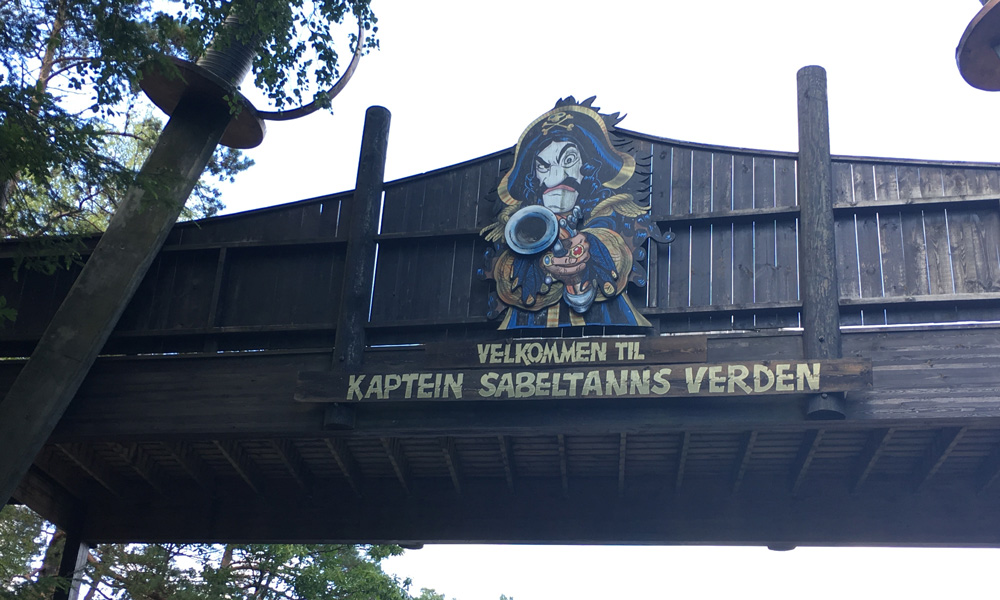 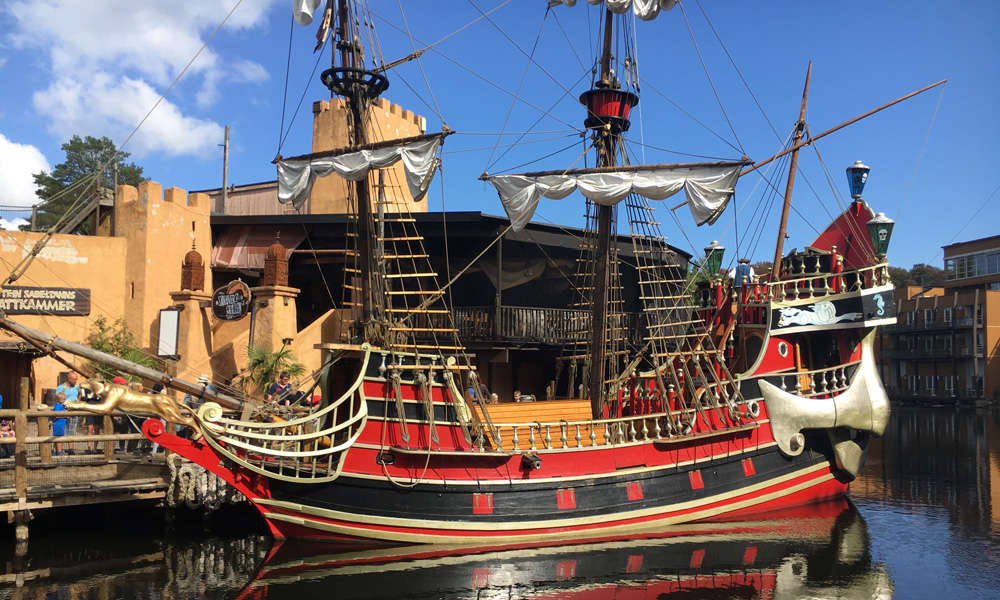 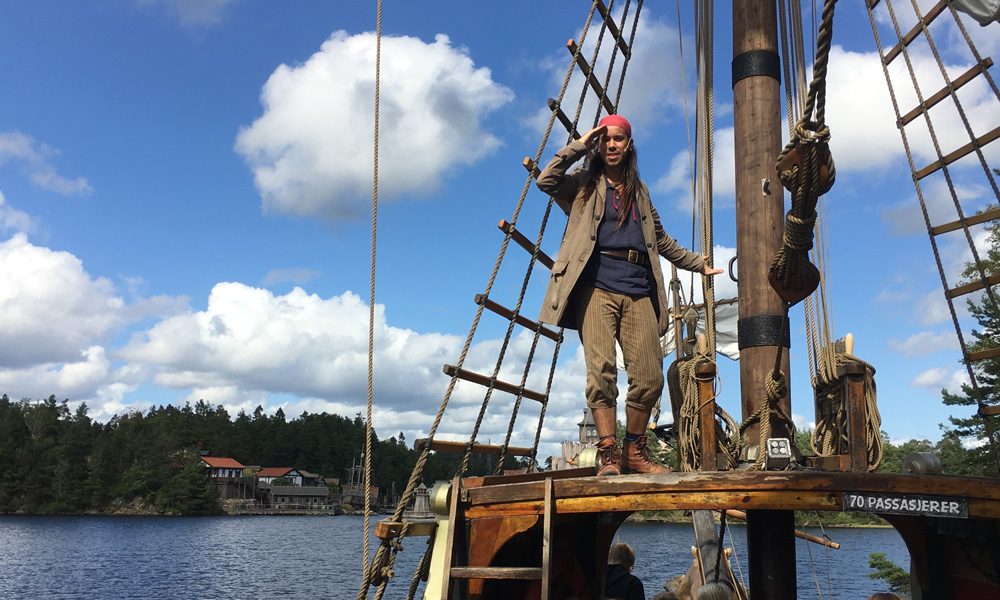 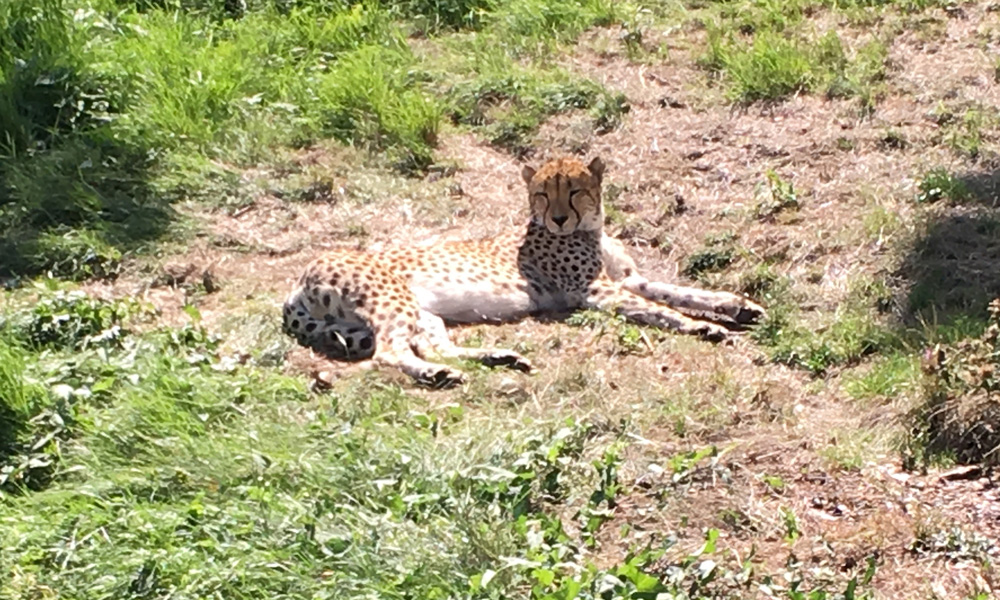 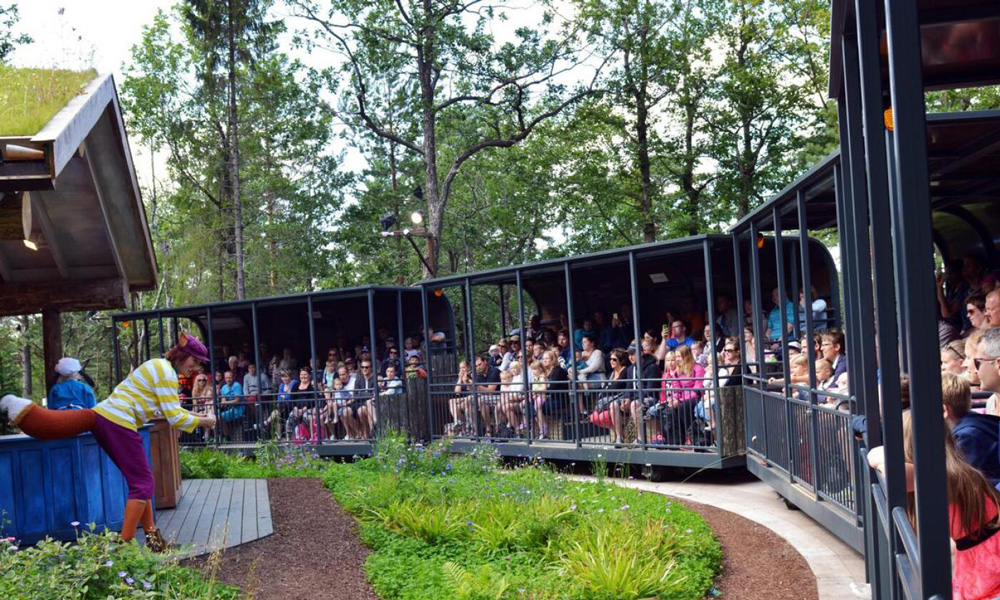 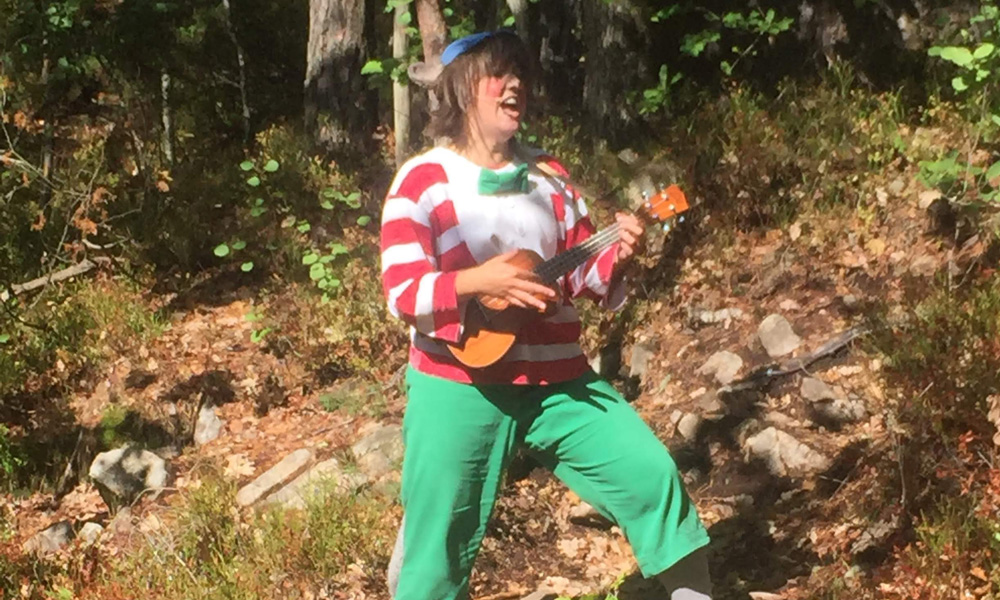 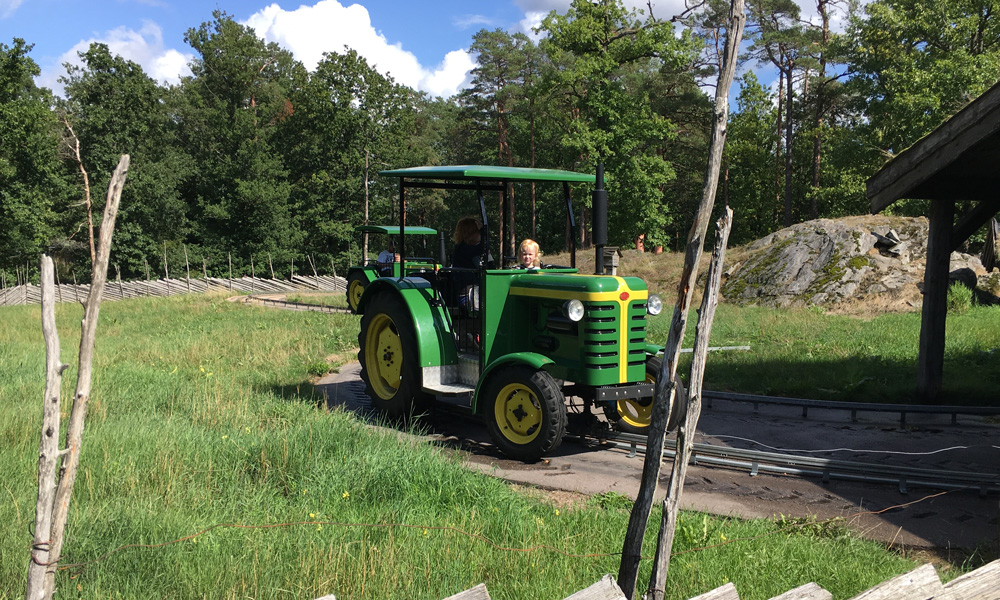 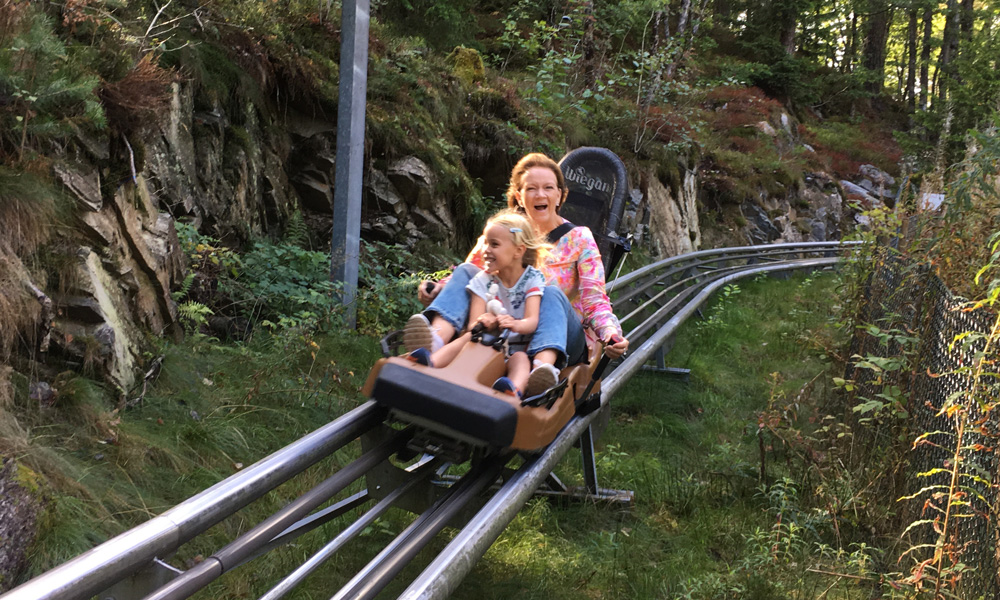 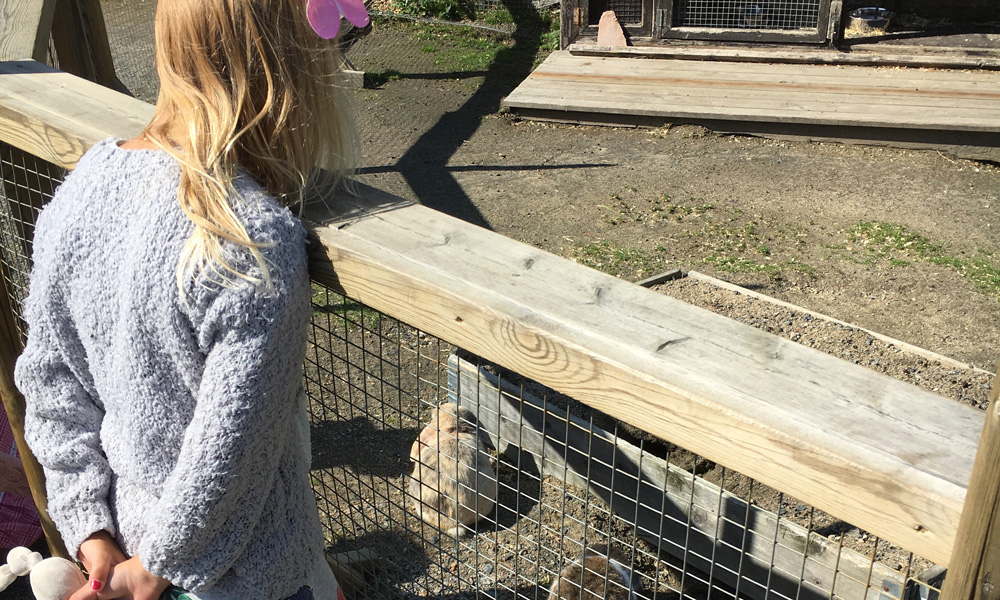 When the children get to decide: Cardamom city

Travel reports from Norway
The zoo outside Kristiansand is Norway's largest family attraction and has more than a million visitors every single year. What is it that makes this place end up at the top of the wish list - when the children are allowed to participate in the holiday planning?

The zoo is unique. Not only by virtue of what it is, but also in relation to what it represents. A place where generations rejoice together, but also a place where several generations can look back on their memories. The zoo opened as early as the summer of 1966, and thus many of those who today are visiting with children or grandchildren, have themselves experienced the park with the many attractions as children. Many of the core values ​​and the spirit of service that must characterize such a facility in Norway are still the same, but from starting as a pure zoo, the area has been developed to become a great experience center. In the opening year, bears were the big attraction, ten years later came the first chimpanzees and today it is perhaps wolves and Siberian tigers that appear most exciting to visitors.

If you ask children why they want to go to the Animal Park near Kristiansand, the first answer is usually something completely different than a desire to see the animals. At the top of the list is probably Captain Sabertooth, with Cardamom City as a good number two. The shift from being a pure zoo to becoming a leisure park took place as early as 1981 with the establishment of a permanent mini railway inside the area. This was the starting point for a major expansion of the area, where a car track, bobsleigh track, a gold digging camp, a large amphitheater and a southern jetty by the large lake, were established in the following years. At first it was only summer operation and a few employees, but already after three years it was year-round operation - and within 20 years had passed, the Zoo had first developed into Norway's largest leisure park, and then become Norway's largest playground.

A number of great Norwegian artists visited Dyreparken in the 1980s, and one of these is Terje Formo. He made a song about the most popular animal in the park, the chimpanzee Julius, which was a great success. NRK also made a series of children's TV programs with Julius - which thus became an important attraction for the Zoo for people from all over Norway. At the end of this decade, two plans took shape - which more than anything else would become the zoo's biggest attractions. It is the collaboration with Torbjørn Egner to build Kardemomme by and Terje Formoe's work to write the play about Captain Sabertooth and the treasure in Kjuttaviga. When the park celebrated its 25th anniversary, there were no less than 28 different shops and eateries inside the large park area. The number of animals increased all the time, and in the zoo giraffes were born for the first time, there are dwarf crocodiles in a tropical and an area for Nordic animal species such as lynx for the first time.

After the turn of the millennium comes a "new" Captain Sabertooth. It is actor Svein Roger Karlsen who in 2000 takes over the role of the singing pirate, and continues the scary evening performances to the delight of both children and adults. A little later, the first Siberian tigers arrive and create a new attraction - in a separate facility that is judged to be Europe's best tiger facility. A "test" carried out by a number of Norwegian families with children under the auspices of TV2 in 2005 named Dyreparken the best of the five established family parks in Norway. After more than 40 years of operation, an Africa area is established in the park, and four lions that came from Denmark move in and become a new attraction for visitors. Later, a lion cub was born several times in the Zoo, and over the years there have been many special births. Wolves, wolverines, river pigs and emperor tamarins are just four examples among many that animals are managed in a good way and thrive in the environment created for them.

Just over ten years ago, in 2009, Captain Sabertooth passed a major milestone: By then, a total of 1 million people had seen the performances. The following year, Dyreparkene gets a completely new and exciting bobsled track. The carriages are pulled high up in the terrain, before they are released and meander down among tall trees and over deep gorges down again. It has been named JungelBob and is together with the stomach suction and water spray in the timber gutter one of the really big attractions for children in the Zoo. In these two places, the queues get easily long on a nice summer day in the middle of the joint holiday. When we ask the children, there is still no doubt that the many animals in the park are also very exciting to watch at close range. Not only special and rare animals such as a Camel or Cheetah, but also ordinary Norwegian domestic animals and small rabbits. There will be many "ohh, so sweet" to hear from the children during a day in the Zoo. At the beginning of 2020, there were over 800 animals in the park.

After visiting Dyreparken with both our own children, and several years later with grandchildren, there are some experiences we would like to share with Bobil & Caravan Magasinet's readers. The first tip is to avoid the joint holiday. When 1 million people drop by during the year, space becomes tight. In the first years, the zoo was only open in the summer, but now it is a year-round operation of the park. Not all activities are equally pleasant on a sour autumn day, and if you want to see the animals in their proper element, the warm season is preferable. Our tip is to choose a spring day or perhaps best - a weekend just after school starts in late summer. Then the queues are shorter, but the weather is usually still good. Just remember that children need plenty of time - and many families spend two days visiting. With a combination ticket to both the Zoo and the large water park that is located adjacent to the leisure park, the hours go by really fast.

There are a number of different accommodation options when visiting the Zoo, if you are not on a day trip. If the children had been allowed to decide, the Pirate Hotel in Abra Harbor inside the park would probably be the favorite, with "Noah's Ark" Dyreparken Hotell, which opened already in 2001 close to the park, in a good second place. There are also several other good hotels a short distance from the park. Guests who come with a motorhome can, like day visitors in a car, use the large parking spaces when visiting the park, but can not spend the night there. There are good camping facilities at Skottevik Feriesenter and Hamresanden Camping as the closest - where also guests with caravans or tents have an excellent starting point for a visit to the Zoo.