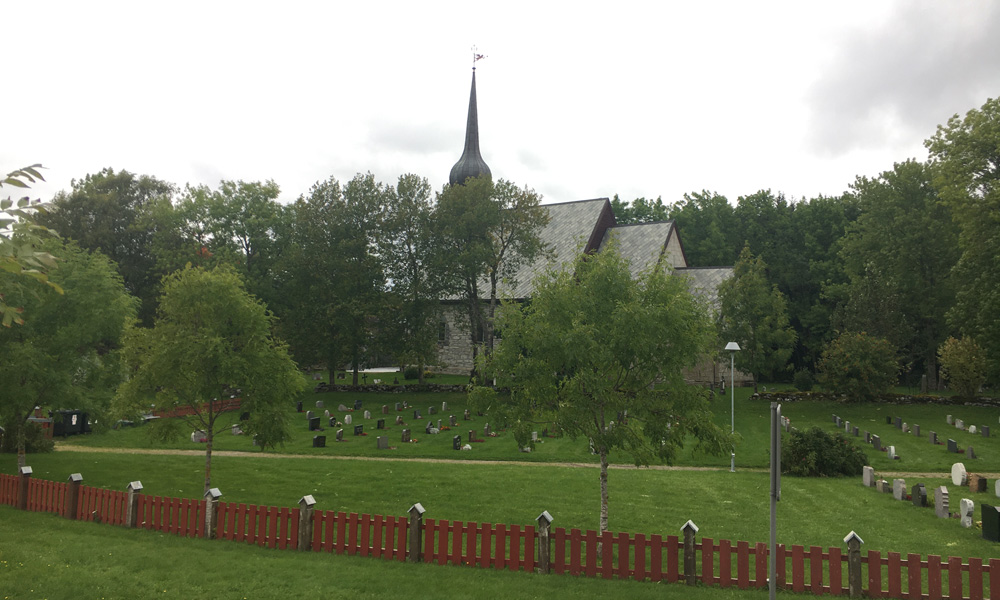 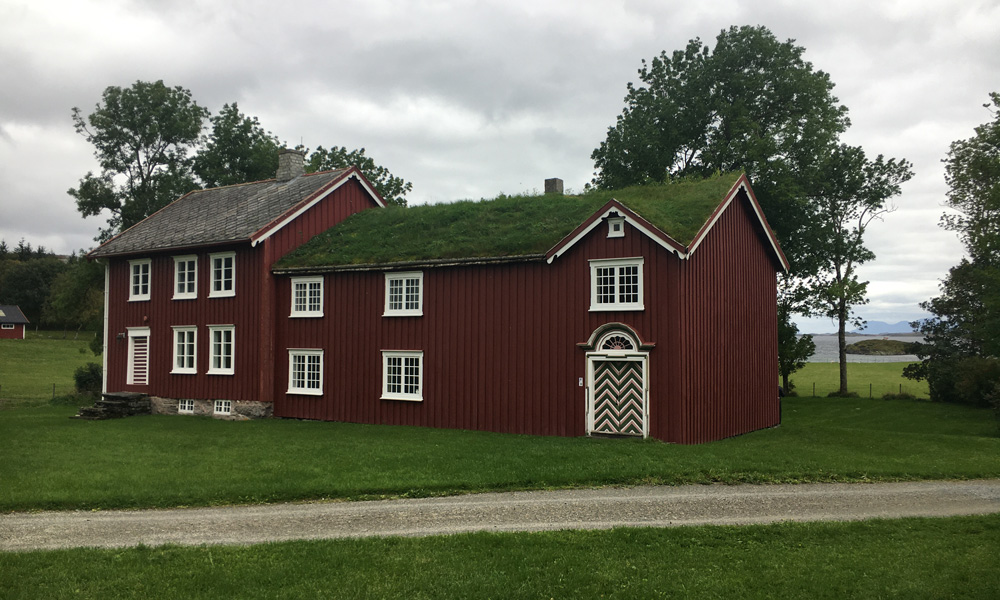 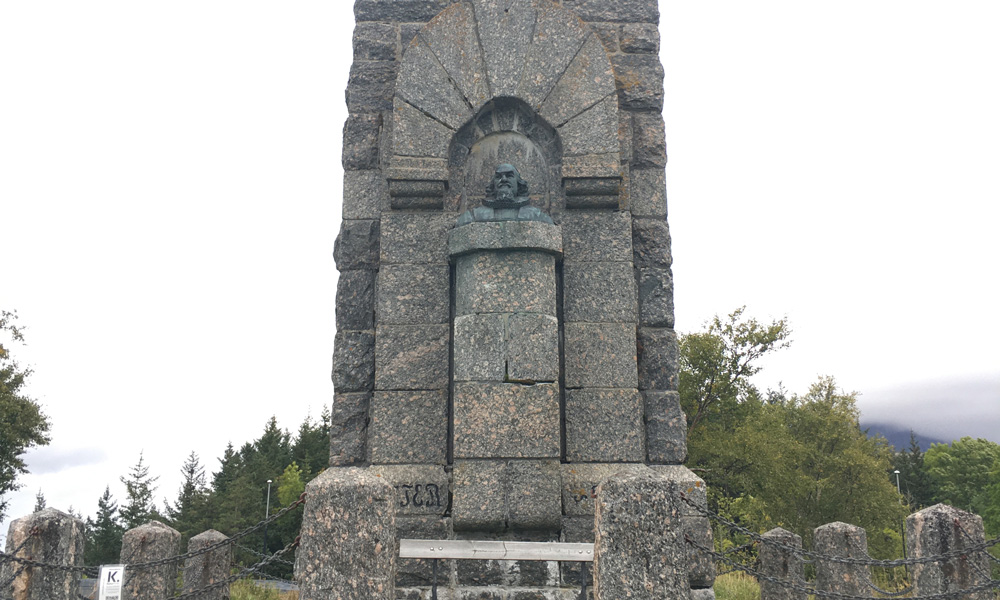 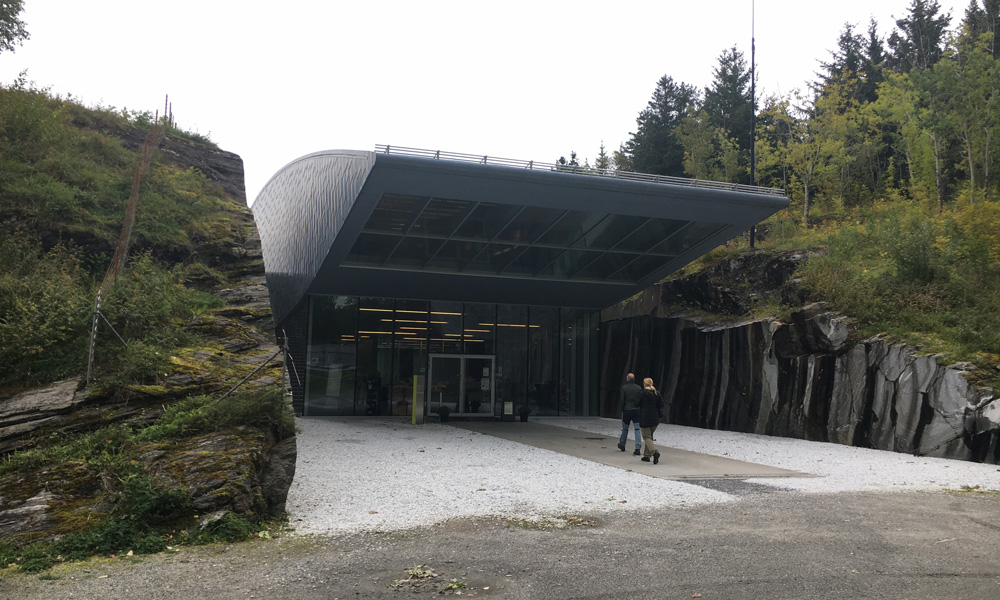 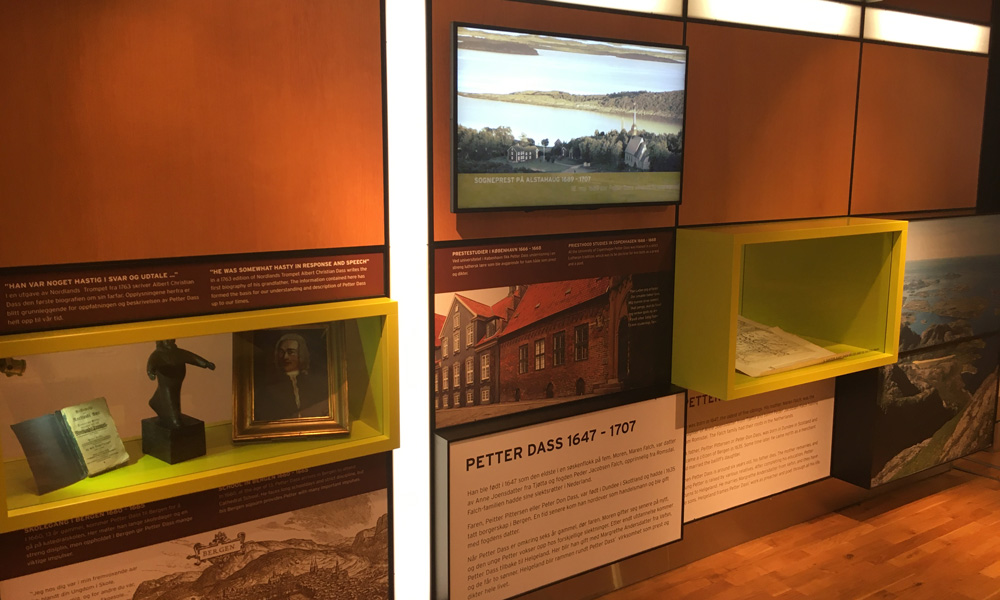 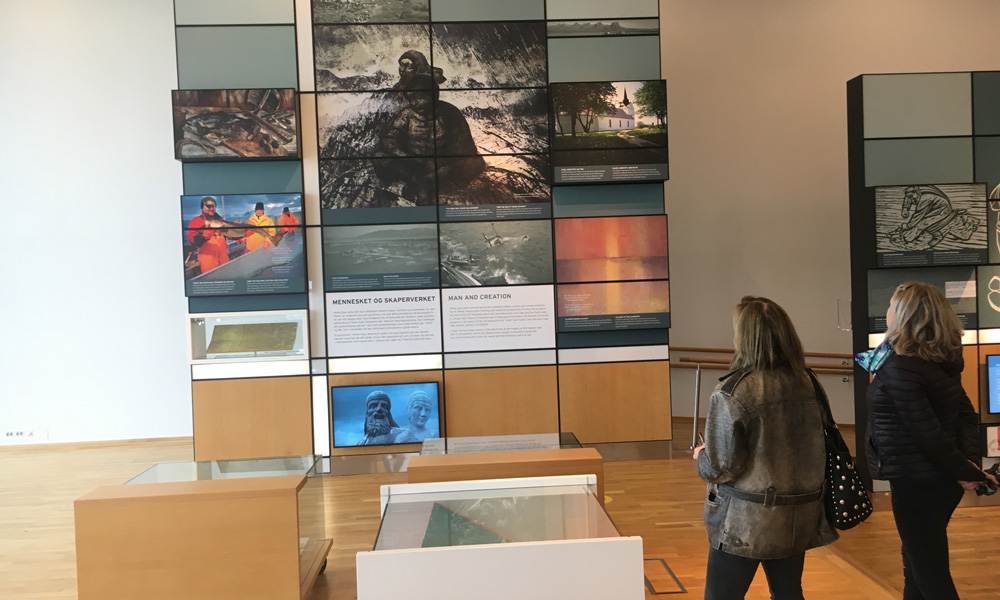 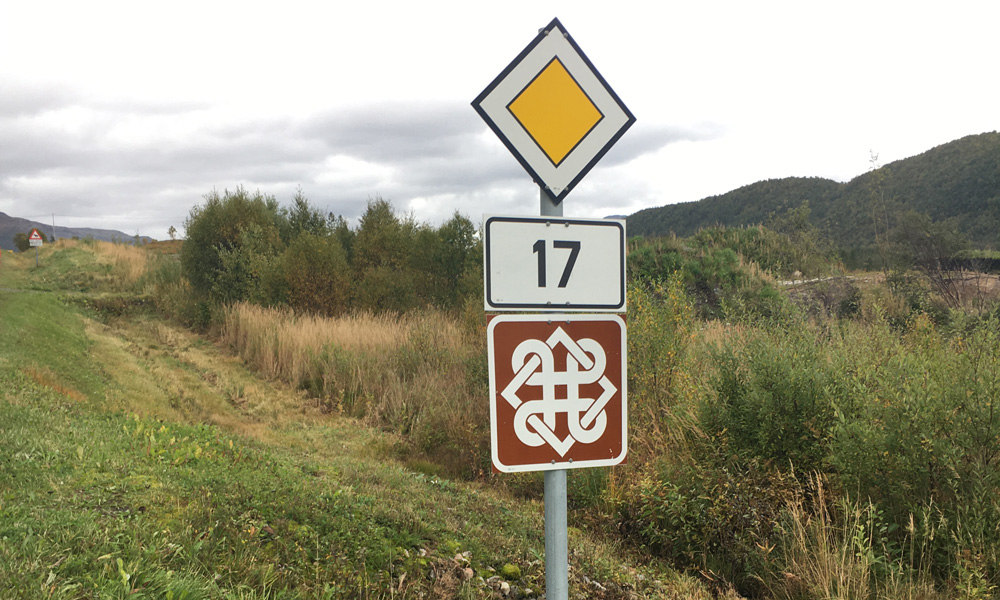 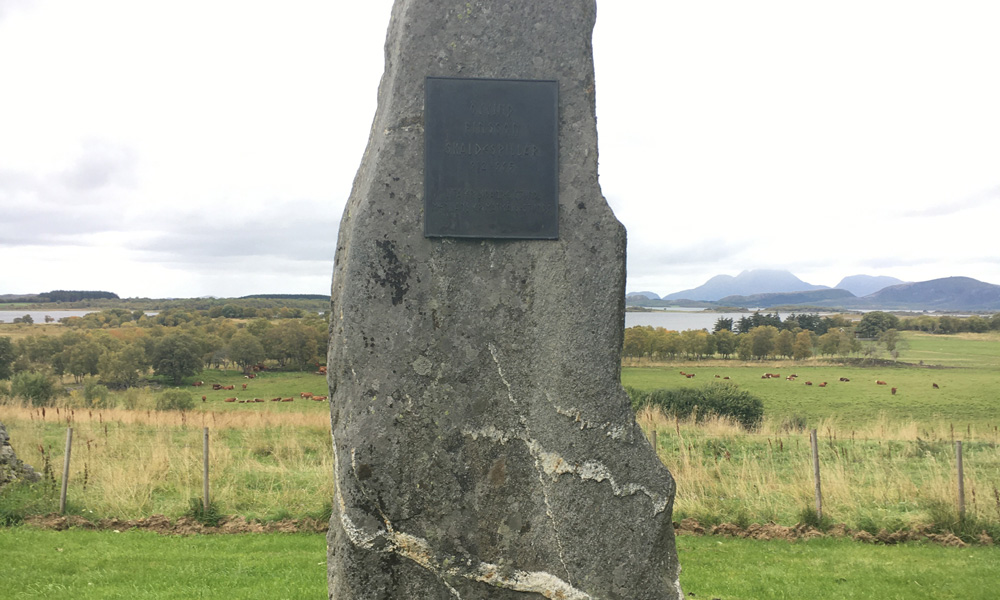 Travel reports from Norway
Where heaven and sea meet - at the foot of the mountain range "The Seven Sisters" - is one of the great sights for those who choose to drive county road 17 along the beautiful Helgeland coast. Here we find names and places that have a place in Norwegian history.

For many, 2020 has provided new and unexpected travel experiences in our elongated country. Rental of motorhomes to Norwegians has never been higher than this year, and for the many with their own motorhome or caravan, Norway has also been the natural destination this year. Great destination? With its length of around 2000 kilometers and endless choices between mountains, fjords and coastline, Norway appears in many ways as a Europe in miniature, and the destinations are found in large numbers. A trip to Norway also provides a rich opportunity to relive our recent and distant history in a far more vivid way than the school-age's inconsolable pugging of years and events. I never thought that Petter Dass' life and work would lift itself out of boring history books and give me an experience of humility towards our past and ability to preserve our great cultural treasures.

Alstahaug church is located close to national road 17, where it goes from Tjøtta south on the island of Alsten and further north towards Sandnessjøen. It is a medieval church built of stone and built sometime in the 1100th or 1200th century. Alstahaug parish was one of the largest and most powerful on Helgeland, and this church is one of the three triangular churches in the area, with the other two located on Herøy and Dønnes. At most, in the middle of the 1500th century, this parish had as many as six churches and two chapels. Already when driving ashore from the northbound ferry on Tjøtta, a name from the history lessons of adolescence appears: Hårek from Tjøtta. It was the Viking king who was born in 965 in Alstahaug, and who is one of the people who has been given a prominent place in the Icelandic author Snorre Sturlason's royal sagas. He played an important role in the battle of Stiklestad in 1030 - and fought against Olav Haraldsson - who after his death was nicknamed Olav the Holy.

The Helgeland coast, like a number of other areas in northern Norway, is full of places where important historical events in Norwegian history have been played out. For those who drive their own motorhome (or ordinary car), the opportunities to go exploring among geography, landscapes, buildings and monuments that stretch all the way back to the Viking Age are many. Much of this has gone "under the radar" for most Norwegians, but with new perspectives on Norway as your holiday country, it is not difficult to find places and sights that engage. Of course, it's all about planning and creative use of the many different sources available, combined with your own wish list of what you want to experience. On our trip along the Helgeland coast in the autumn of 2019, we had set a "rough" route and a schedule, at the same time as we had read up on sights that could be relevant to visit. But most important of all, however, is the ability to "make the road as you go."

If we go back to the history books of adolescence and not least Christian education (as the subject religion education was called in the old days), we constantly come across the name Petter Dass. The surname naturally created great cheerfulness in its time, and contributed to talk and unrest in the classroom. For those who have forgotten a bit of Norwegian history, we will briefly recapitulate some main points. Petter Dass was a Norwegian author and priest. When he was 42 years old, he became parish priest in Alstahaug, and as we have previously mentioned, probably the richest parish debt on Helgeland. From his many travels he drew inspiration for his masterpiece, Nordlands Trumpet, a close depiction of verses of northern Norwegian nature, the change of seasons, wildlife, business and folk life. He also wrote religious writings and hymns, the most famous of which is Lord God, your precious name and glory.

View of the sea

The Alstahaug and Petter Dass Museum is located in idyllic and rural surroundings where the contrast between the red-painted wooden buildings on the rectory, the medieval church in stone and the modern museum building in steel and concrete with cladding of zinc metal, is great. It was the architectural firm Snøhetta who designed this magnificent building on behalf of Alstahaug municipality in 2001. The location is in many ways as spectacular as the look and material choices. The building is located across the so-called "Alberthaugen" and Snøhetta chose a design expression where the building almost creeps along the ground, rather than going up in height. When it was completed in 2007 - with the main entrance facing Alstahaug church and large panoramic windows facing the shore on the opposite short wall - it was precisely the symbolism with a secure anchorage to the earthly and a wide and open view of the sea that was recreated.

The main exhibition is located on the museum's second floor - which is the main floor of the building. It is built in a modern and appealing way with a mixture of different techniques to convey the story of Petter Dass, his life, work and deeds. The exhibitions - which are conveyed through illustrations, film on screens and listening stations - address themes with roots dating back to the time Petter Dass was born on Nord-Herøy in 1647. Among the many themes addressed in the main exhibition - and which make it very relevant - is religion in today's multicultural society and questions about human management of resources today. In addition to the permanent exhibition in the main building, there are also areas where the exhibition is changed regularly. The old rectory, where the main building consists of two parts, also has four rooms with changing and permanent exhibitions. Among the many illustrations in the museum, we find works by well-known Norwegian artists such as Hans Gerhard Sørensen and Karl Erik Harr.

At Alberthaugen, Peter Dass sits on an eleven meter high granite monument with a wide view over the shipping lane, the landscape, and the historic church site. It was built in August 1908, well over 200 years after the great man of society died (1707), and is together with the church and the rectory one of Nordlands most important cultural monuments. After a walk around the mound and in the old buildings, many people end the visit with a bite to eat in the local cafeteria. Not only is the view spectacular, but it is also possible to enjoy lunch and dinner prepared on site, with a strong focus on local produce. Margrethe's Café is named after Petter Dass' wife and also contributes to an unforgettable visit to Alstahaug.