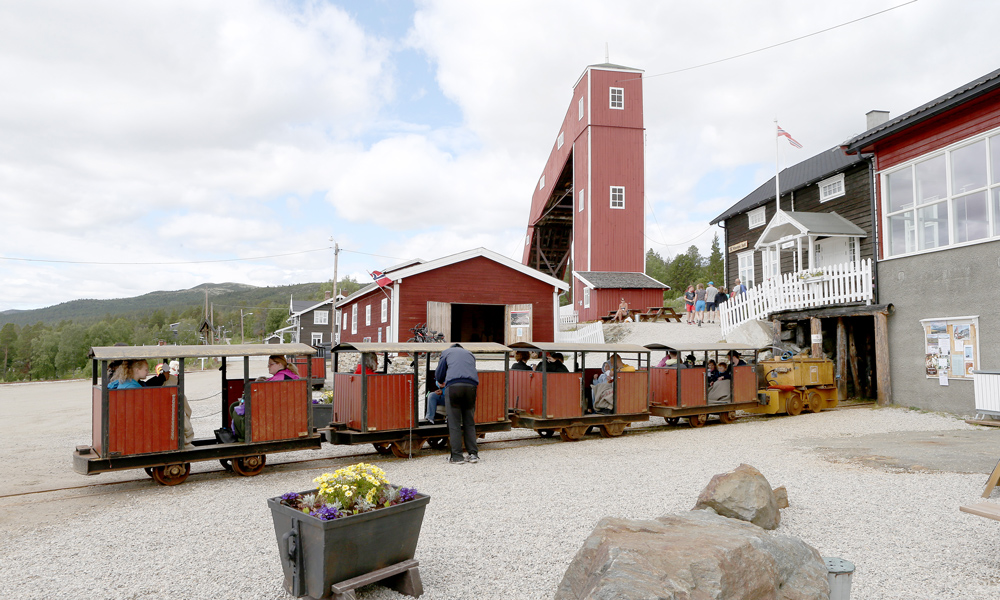 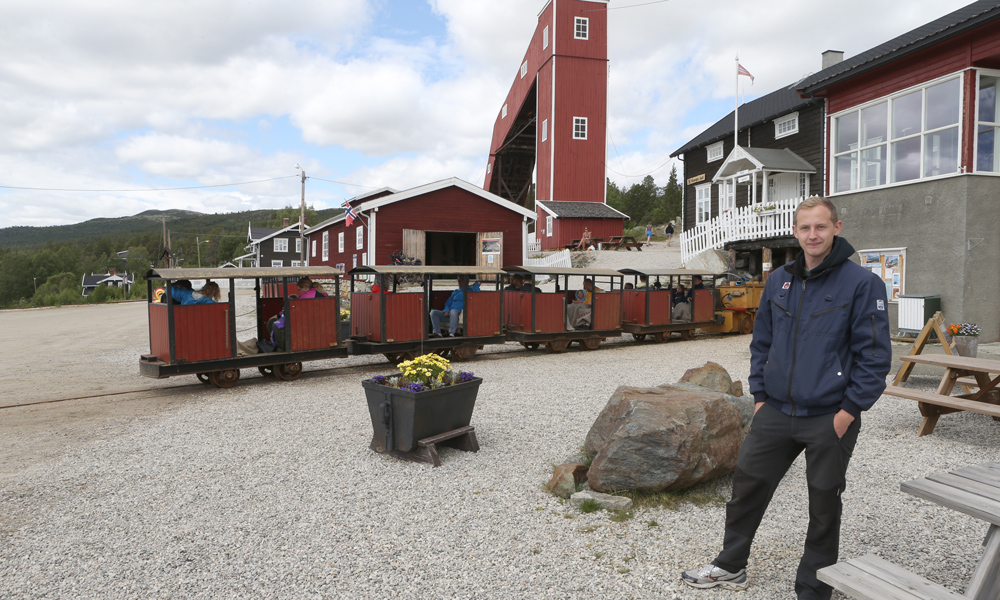 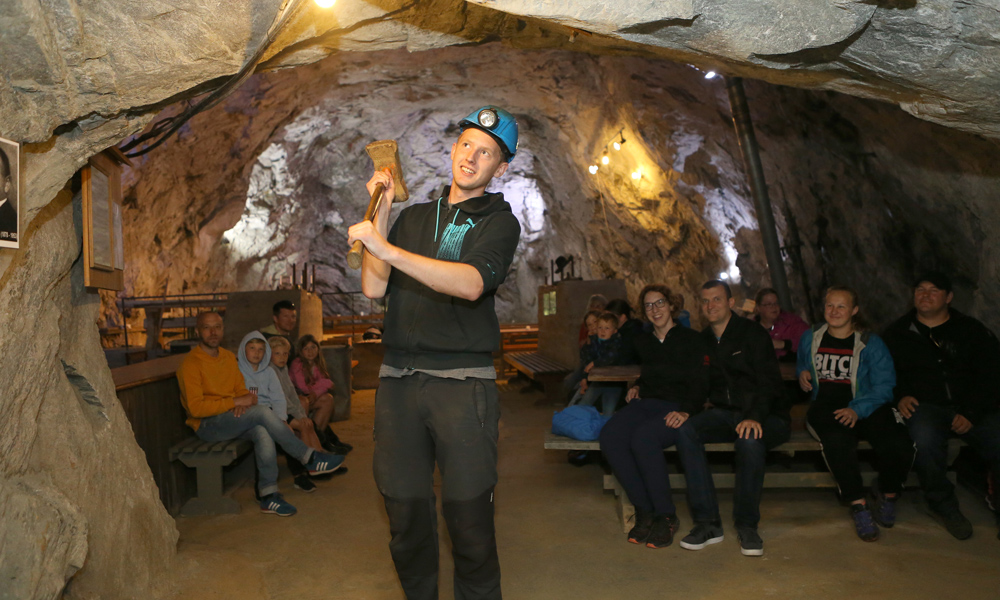 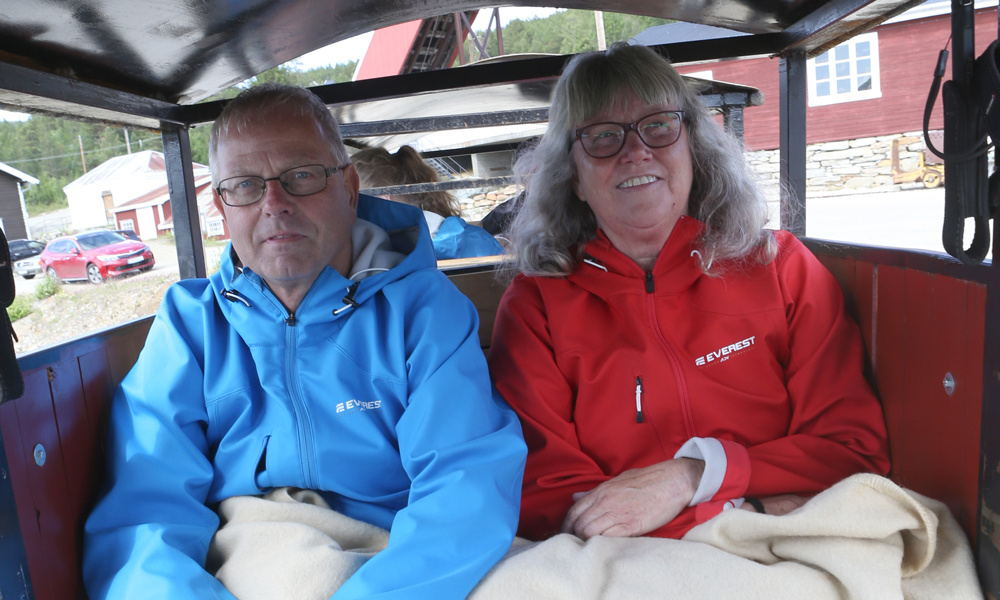 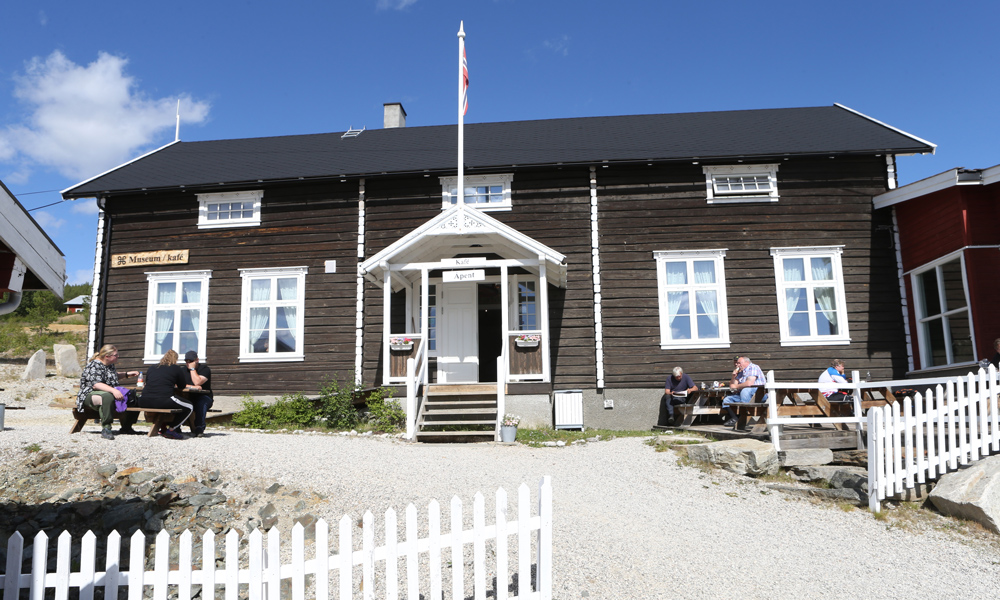 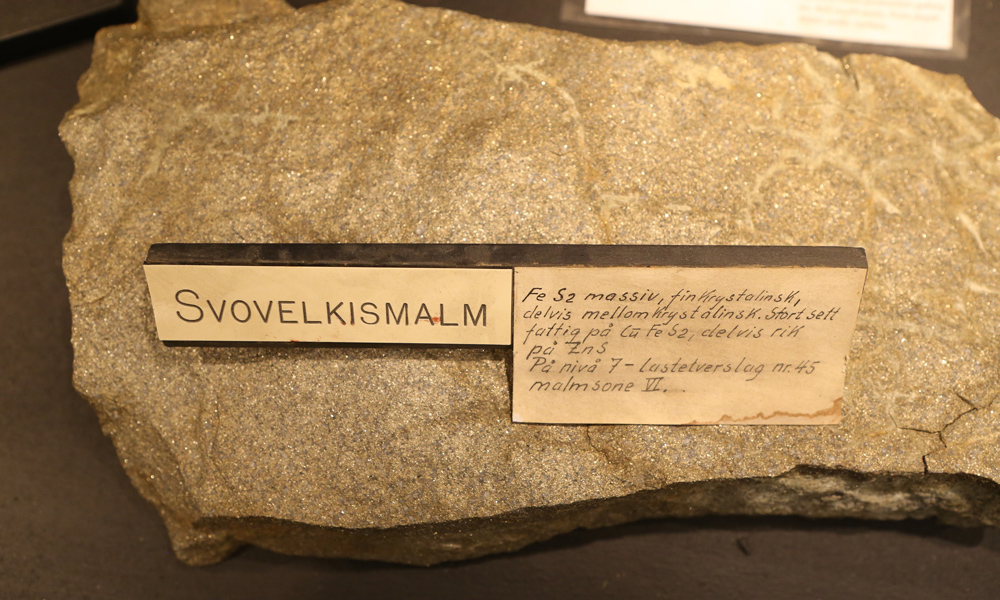 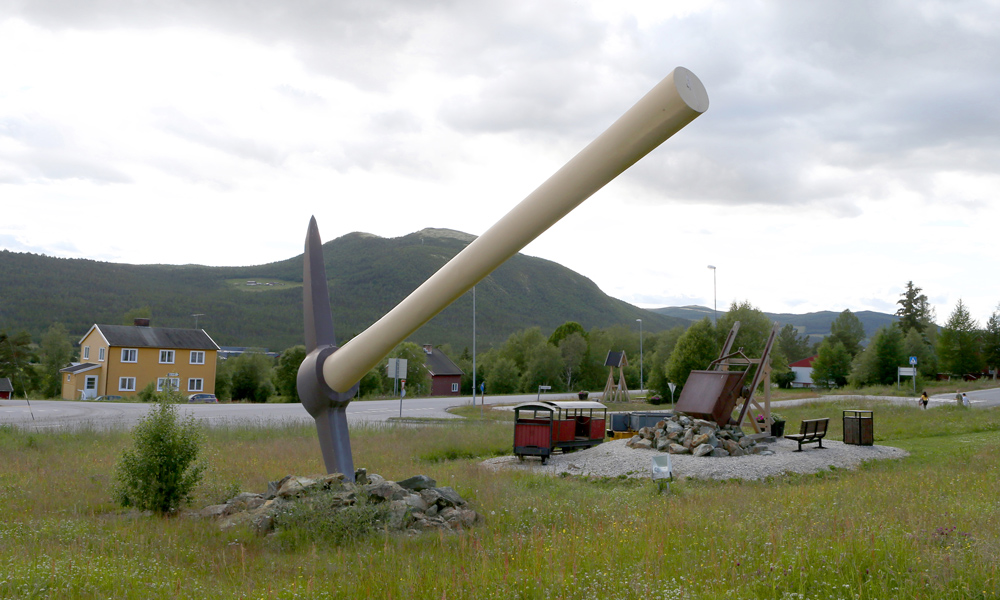 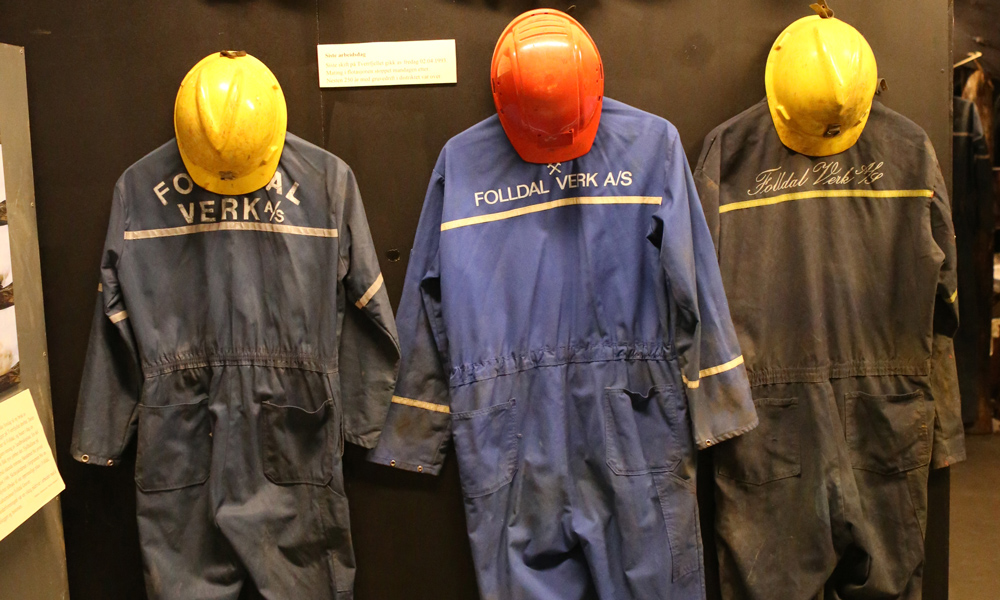 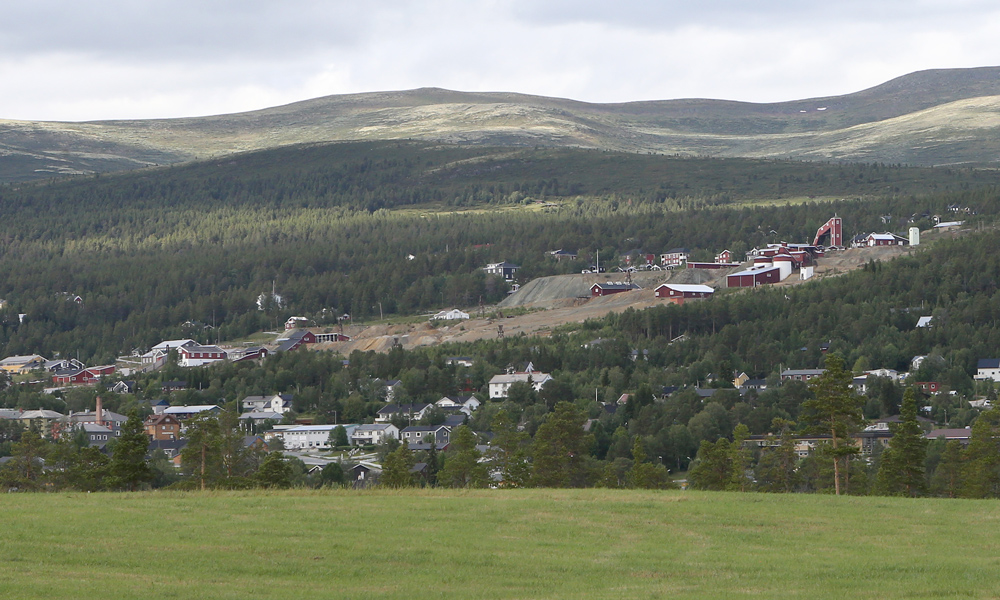 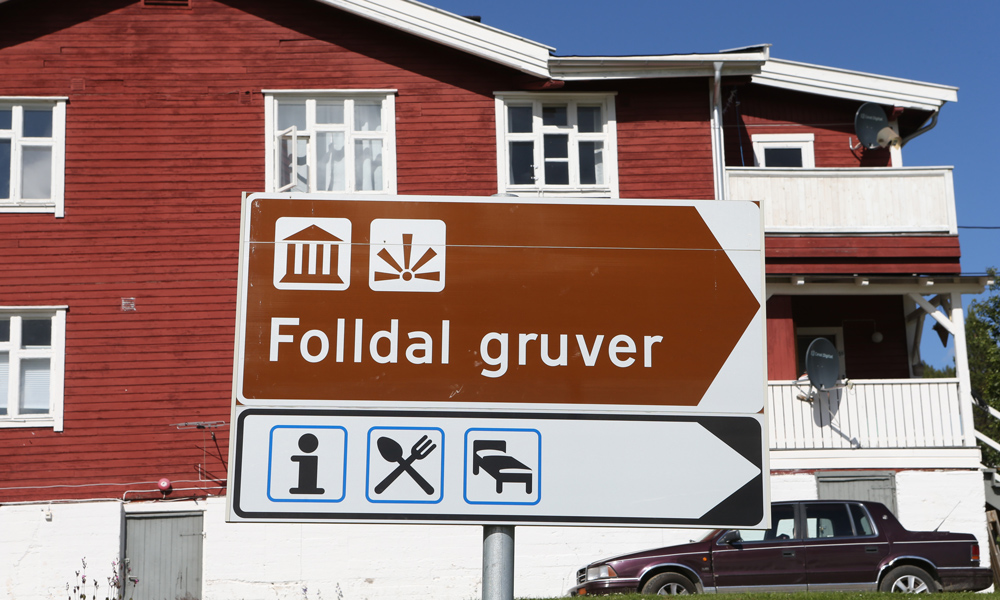 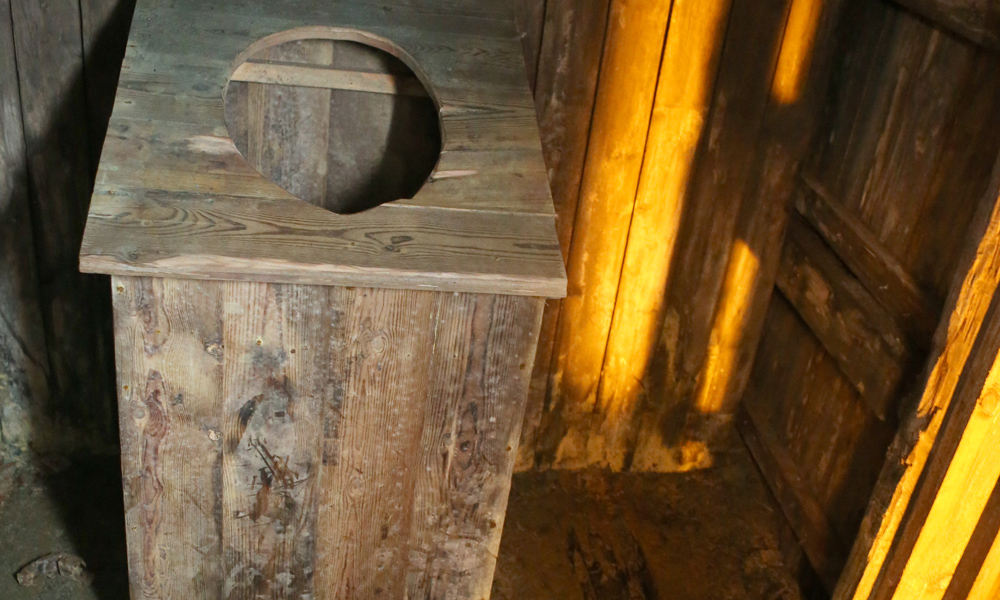 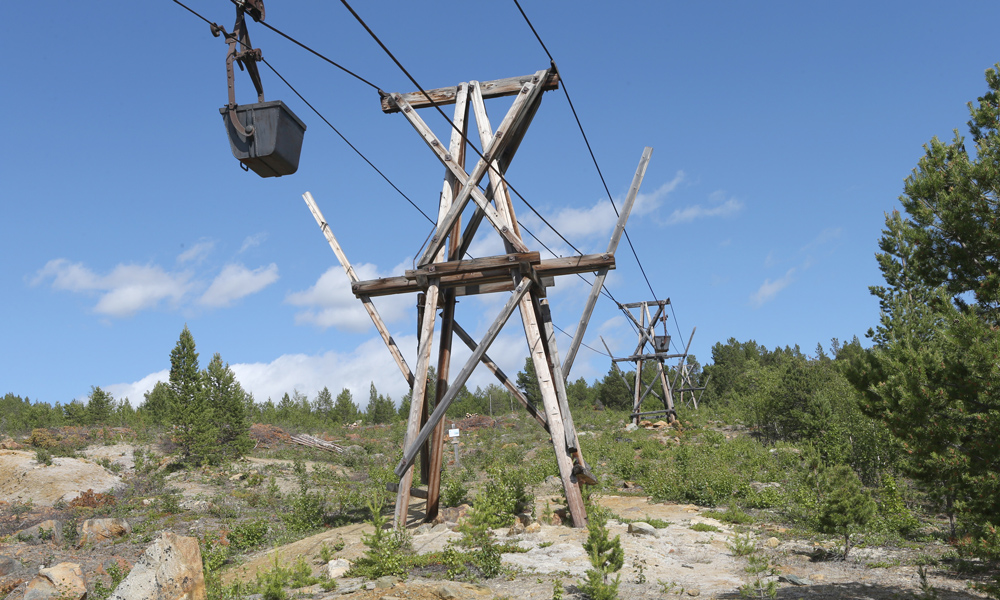 BY: Harald Vingelsgaard
Caravan and Caravan magazine, No. 3 June 2021

The mining town in the mountain village: Take the train to dramatic industrial history

Travel reports from Norway
Welcome to Folldal. There you can take the train into the mountains where there was once a mine, and hear that the miners did not become more than 40 years old. There was wear and tear, sweat and a lot of dust.

The tourist attraction Folldal Gruver is located north of Hedmark and was very important for several hundred years. Whether you come from the west, east or south, you see magnificent mountains in Folldal. In these mountains, mines were mined to obtain copper, zinc, and sulfur. An industrial society was built. Now it's over. The mining history is protected through use - tourism. We drive to Folldal center, up some hills with winding and narrow roads, before we park outside Folldal Mines, enter the reception and book a ride by train. It goes every full hour. Exact.

Train driver and tourist guide Emil Kristoffersen welcomes us. He sells tickets. All seats are sold out for this trip. The tourists get into the four small carriages and are told by the driver that they must keep their arms, head and legs inside the carriage. The rock walls come close to the carriages along the way. He takes a seat on the locomotive, an electrically powered train from the 1960s. It honks and suddenly we are inside the dark mountain. A bit scary. We see nothing. Outside it was sunny from a cloudless sky and a glorious, hot summer day, but inside the mountains it is cold and a little damp. We wrap ourselves in the woolen blanket that lies by the seats, turn on the flashlight and see the mountain walls shine towards us, while the train rattles into the tunnel - that is, the mine passage.

600 meters inside the mountain he stops the train. We enter a large hall - Worms Hall - which was named after a director at the mines. This distinctive, special hall was made by the miners by hand, long before the world got modern drills. The hall is used for both concerts, weddings and other gatherings, everyone who is to participate must take the same train.

Inside this hall, Kristoffersen tells how the mining adventure in Folldal started. "One summer day in 1745, a farmer was out for a walk. He walked on slippery moss, and fell with his face down on a rock and began to bleed from his nose. It shone in the stone, almost like gold, "he says. It was not gold, but turned out to be copper. The rumor of copper spread to Gudbrandsdalen. Gudbrandsdølene came, lit a fire in the mountain and chopped his way in, slowly but surely. 10 hours of work every day for a week brought them one meter into the mountains. But copper was worth a lot at that time.

He jumps in the story. Mining stopped after falling prices. But in 1904, mining was restarted with English capital and with Worm Hirsch Lund as director. It took off. Folldal became an industrial society. But everything was far from positive. The river was polluted. And the workers had to suffer. - «When the workers worked with the compressed air drill, it became terribly dusty. This dust breathed in the workers and became ill. They got silicosis. The vast majority of workers died before the age of 40. Some managed to get old. The old men had large and fat mustaches, so that they did not get as much dust in through their noses. After a day in the mine, the mustache stood straight out to all sides, "- says the guide.

The workers in Folldal Gruver gradually became very dissatisfied with the working conditions when Worm Hirsch Lund was director there. It ended with a strike. This strike became so extensive, long-lasting, that in retrospect it turns out to be the longest strike in Norwegian history. The workers went on strike for 23 months. In the end, the director was fired and the workers returned to work. - "We go back to the train," - says the guide. Like I said, so done. He drives in the dark and stops after a while at a horse that is lit up next to the mountain wall. The horse stands as a symbol of the time when horses were used to drive out the ore.

Next to the horse is a toilet room, a very small room. The special thing about this room is that the seat in the toilet is sloping. The workers who worked in the mine became so tired that they could fall asleep when they were on the toilet. But in this sloping toilet, they slipped off the toilet if they fell asleep - and thus woke up again. Time for more train rides. After a 40-minute ride on the mini train inside Folldal Mines, the ride is over, the train driver turns out into the parking lot and parks at the tunnel opening, exactly where we started. - "A very interesting trip, a bit like being on a train at a fun fair," - says the Danes who sat in the same carriage as us. They find it particularly interesting to hear about how the workers lived and their working conditions inside the mine. Norwegians, Danes, Germans and Swedes were on the train that day.

Folldal is a mountain village in Hedmark with 1.600 inhabitants, a community that reflects several hundred years of mining. Out in the cafe we ​​meet one of the many foals who worked the mine. He worked in the mine in the 1960s, and he was an electrician. He worked mostly in the workshop outside, but was also a lot inside the mine to repair various things. "Look at the memorial stone - many electricians died - as a result of work accidents during mining," he states. The mines in Folldal were closed down in the 1970s, but on Tverrfjellet they continued until 1993. Since then, a lot of work has been done to restore the buildings and preserve as much of the history as possible for posterity. Tourists can be happy about that.

Next to the mines there is a museum that tells a lot about the operation of the mines. How the ore was extracted. What minerals it was - sulfur, zinc and copper. What clothes the workers wore. And much, much more. In other words, the past becomes in a way the present in the museum. What about the future?  In our time, the production of electric cars and smartphones has led to rising prices for copper and other metals. So who knows, maybe there will be full speed in the mountains in Folldal again sometime in the future? The question is at least asked on an information board inside the museum of Folldal Gruver. Regardless, a trip by train into the history of the mines in Folldal can give you an experience you will never forget.