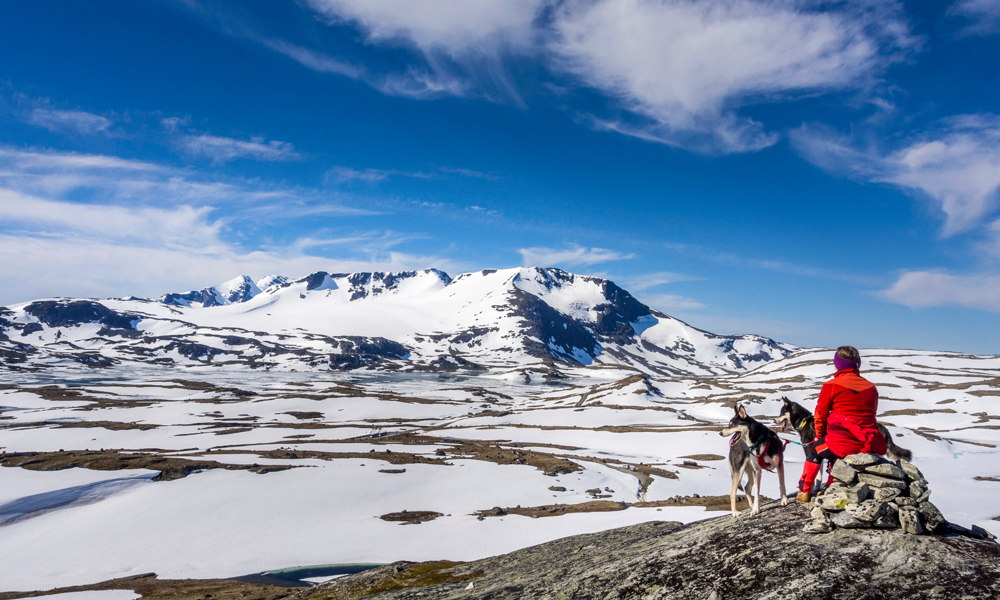 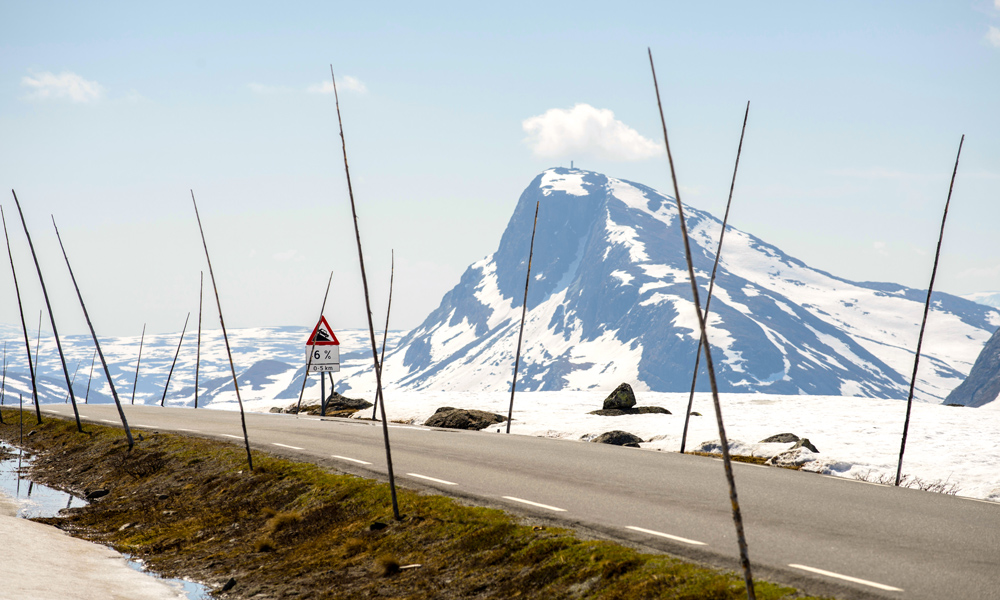 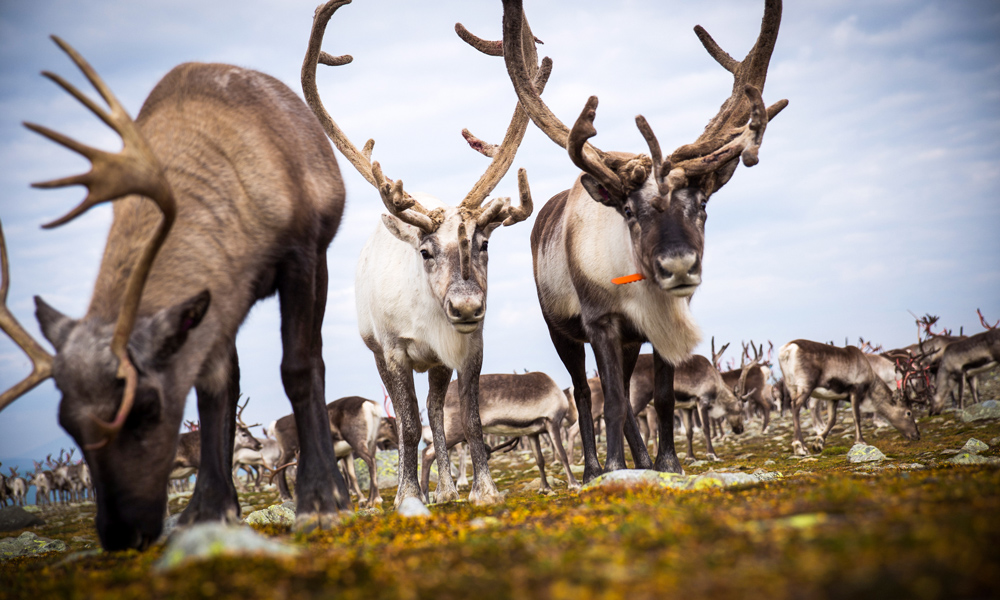 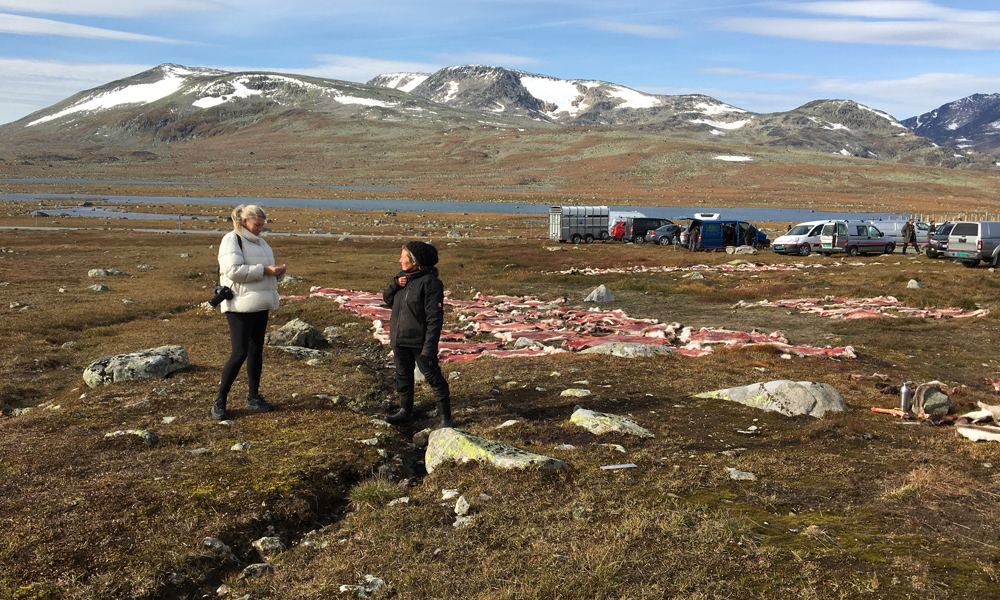 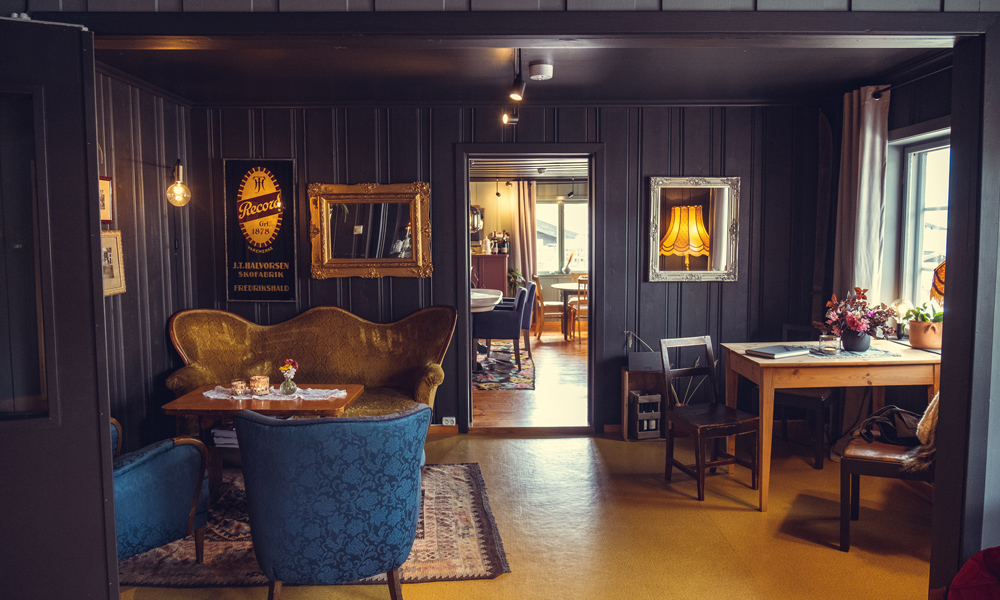 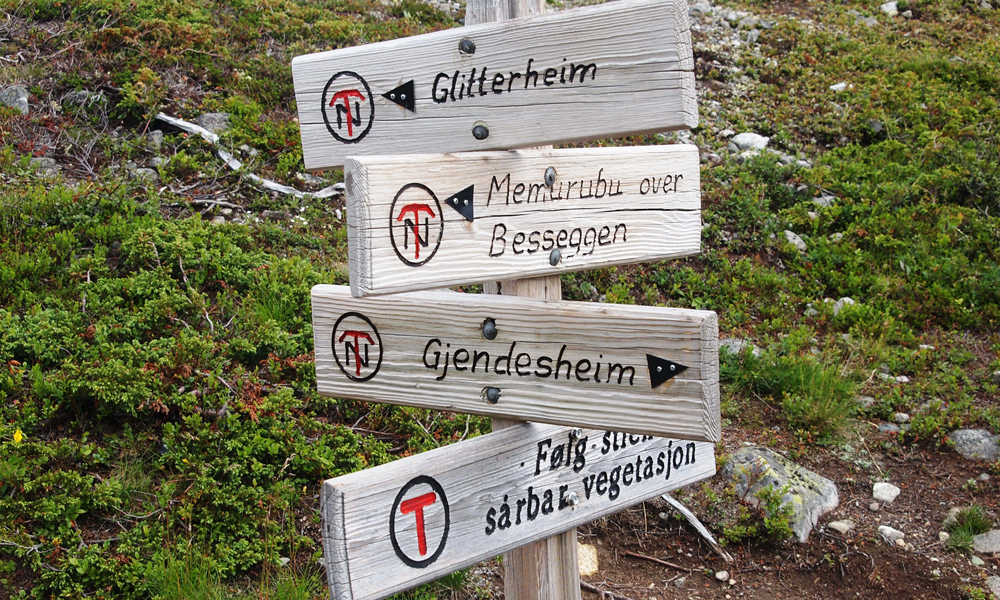 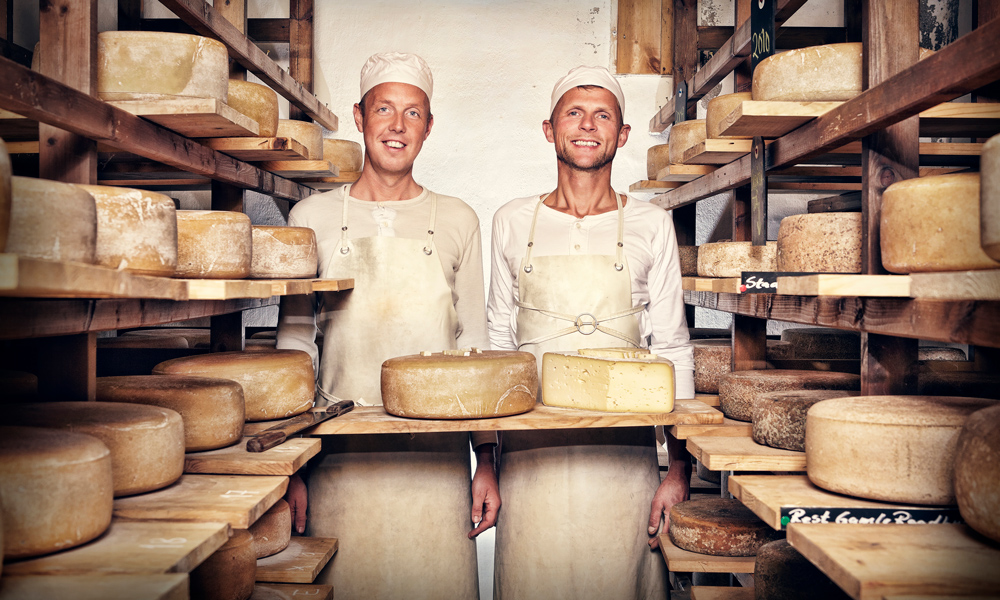 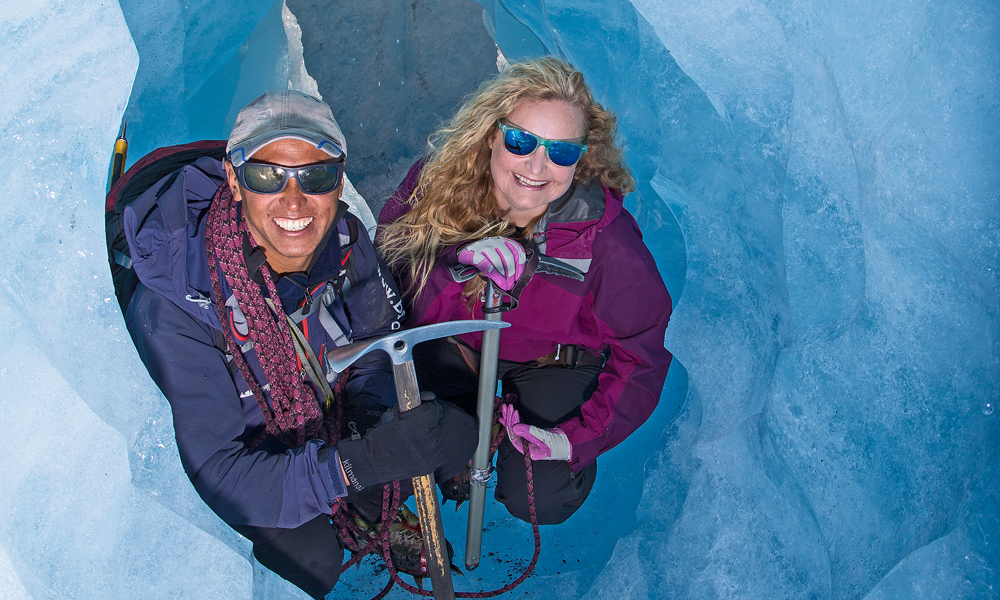 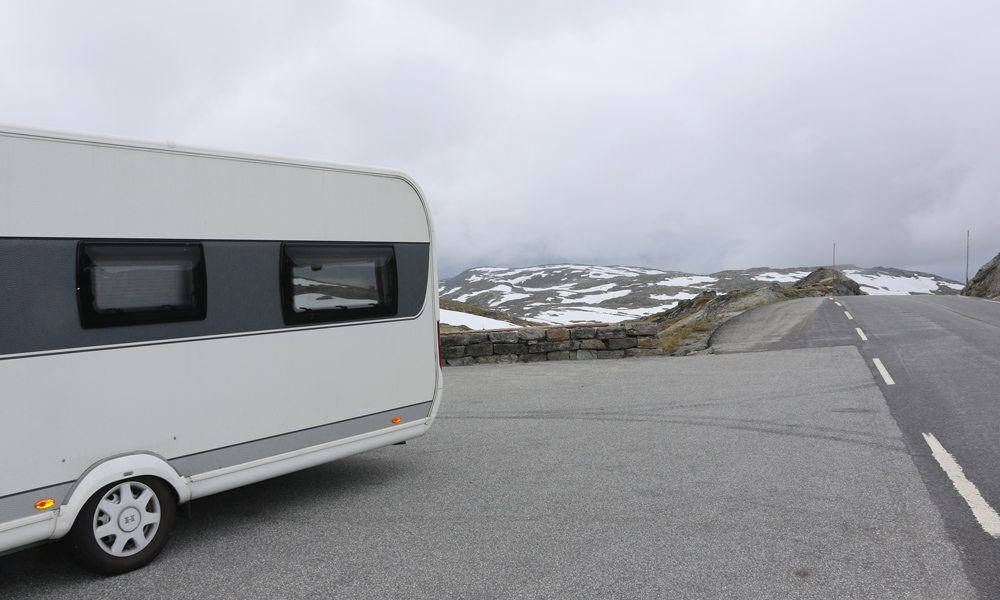 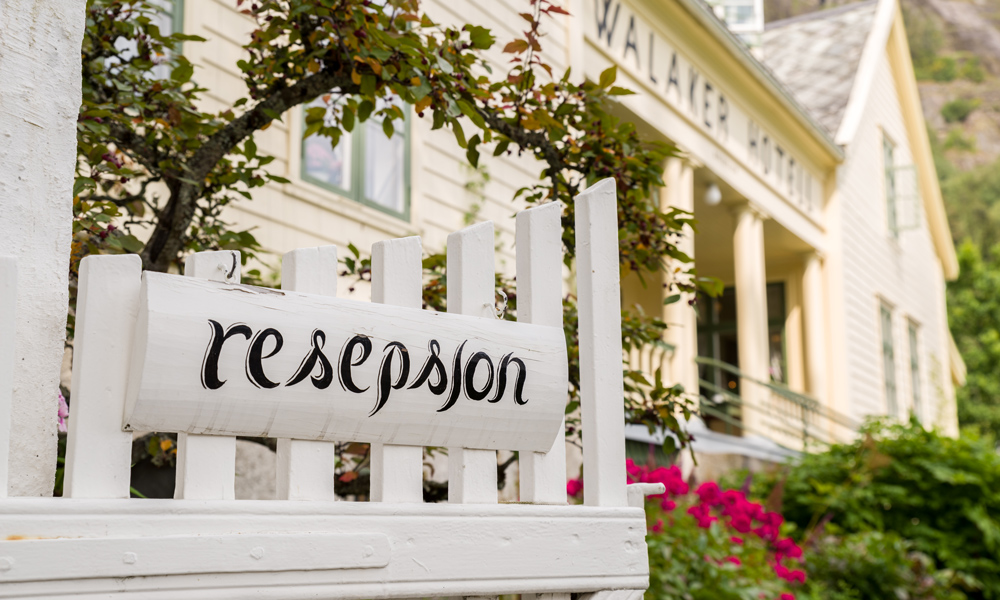 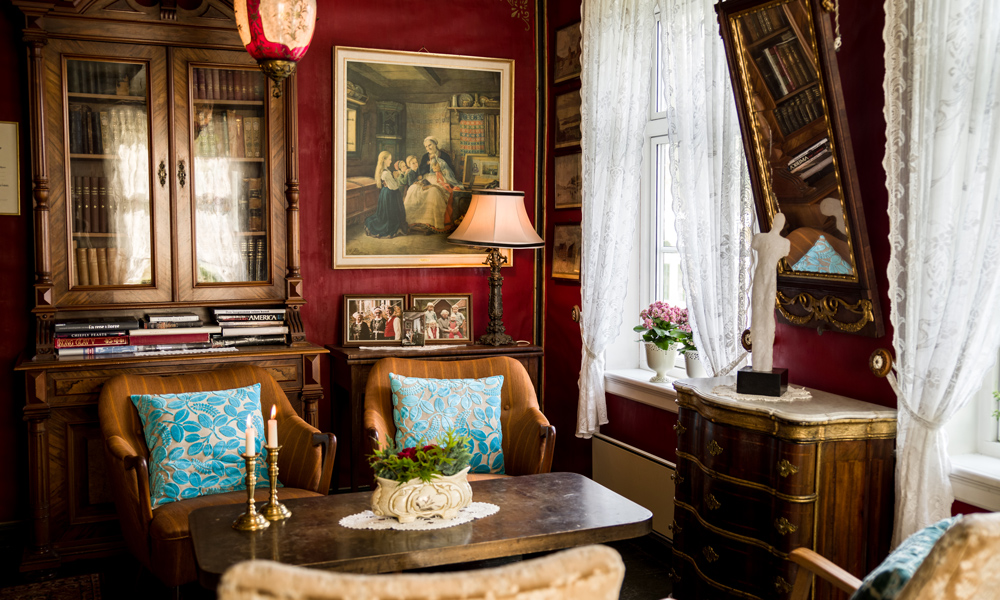 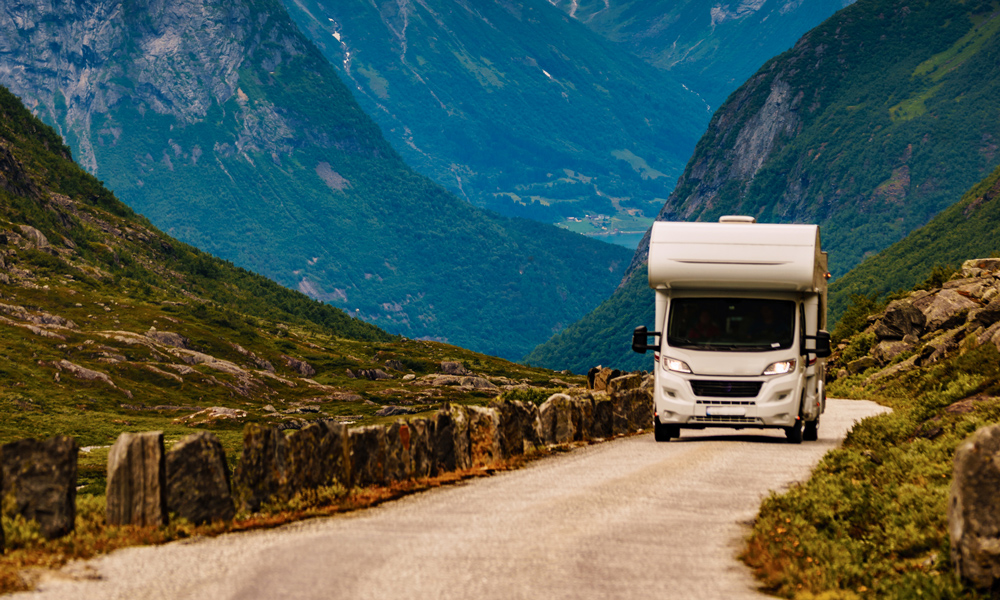 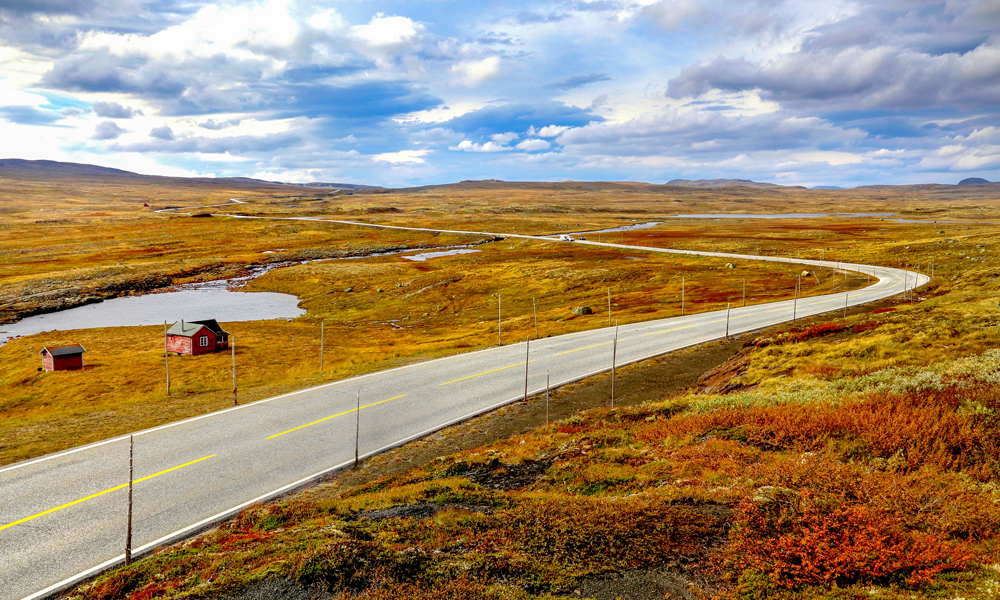 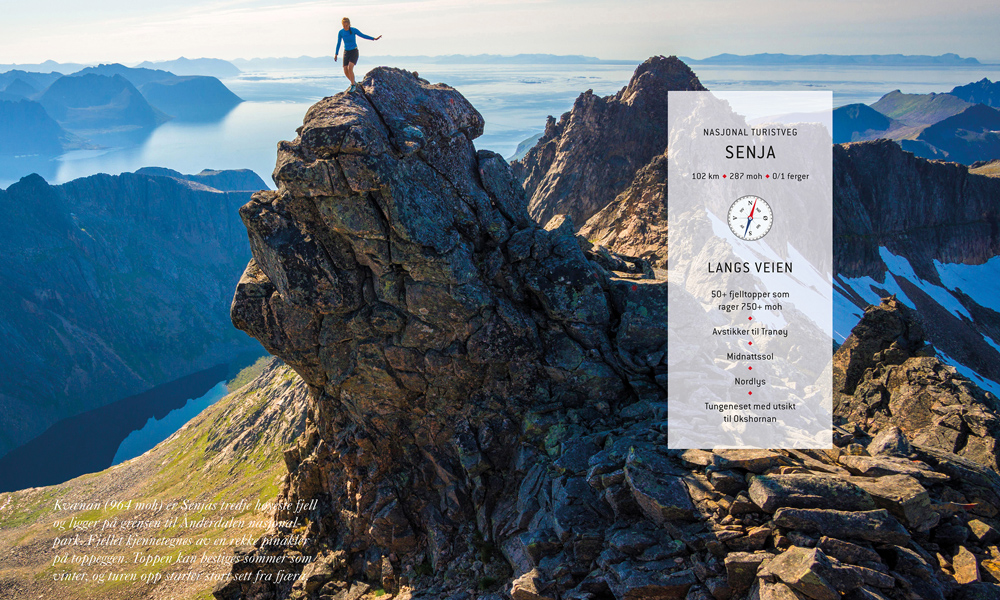 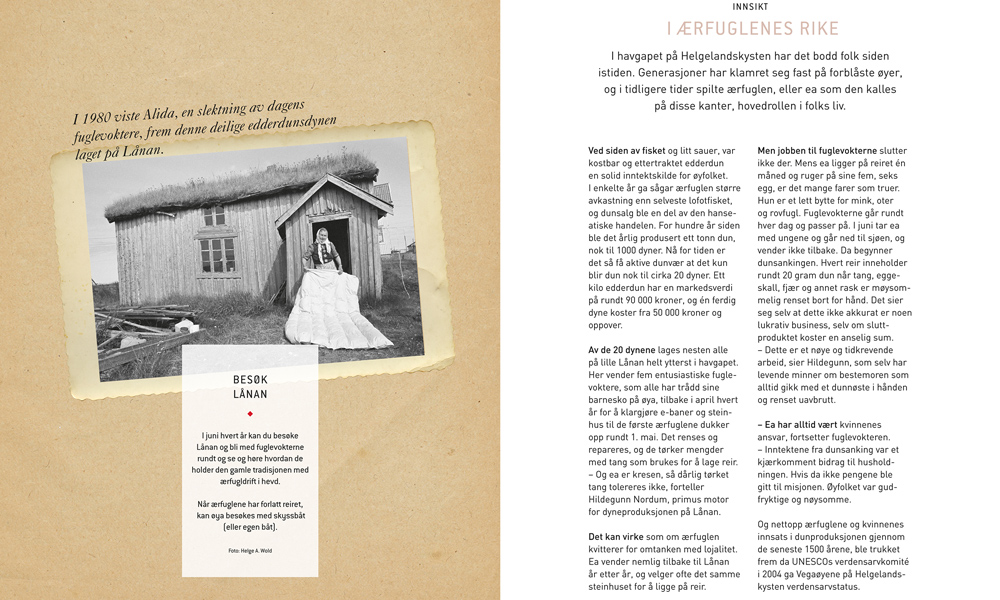 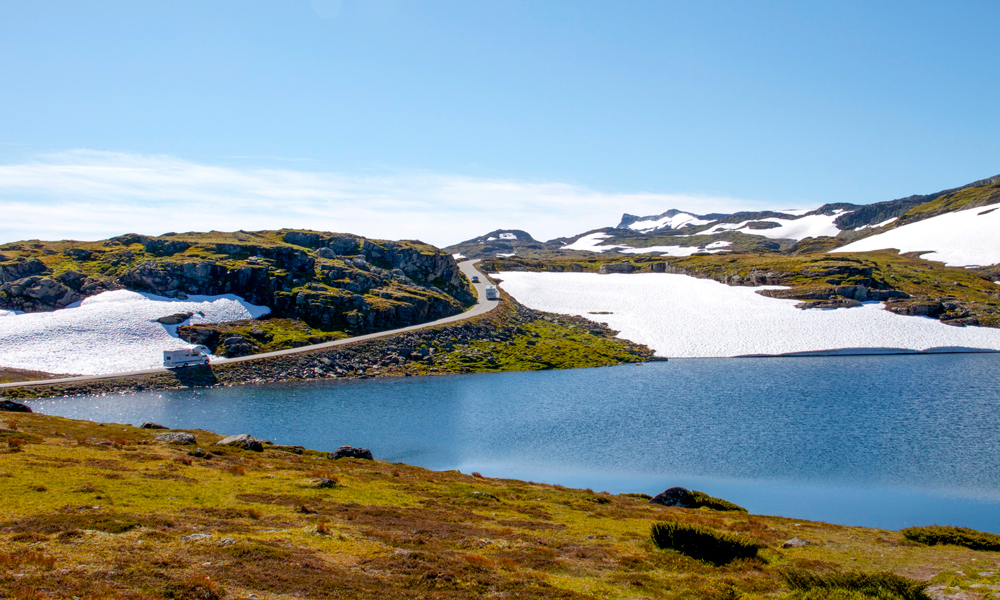 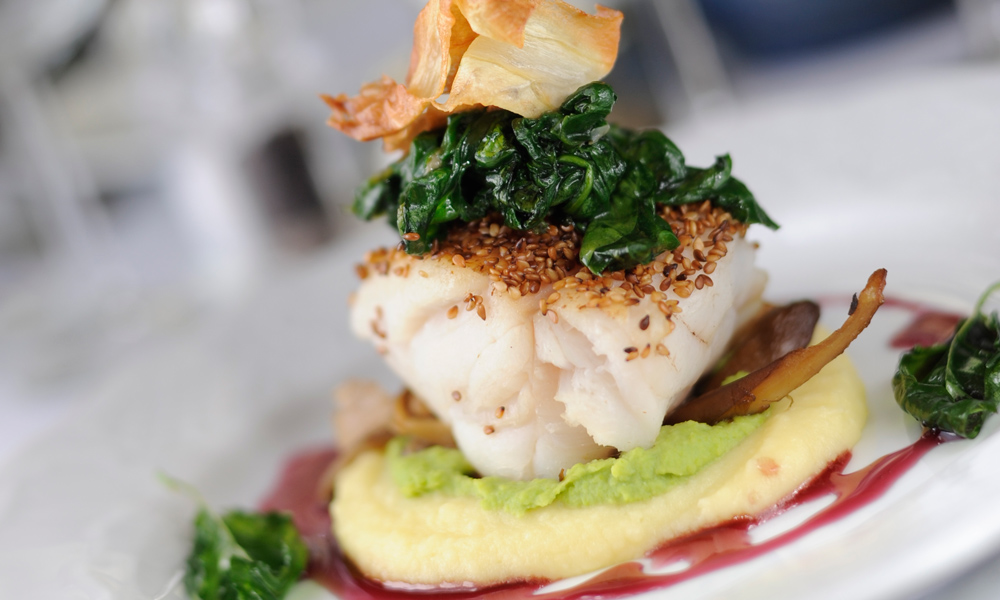 Norway as a holiday country: TOURS YOU WILL NEVER FORGET

Travel reports from Norway
In Norway, there are around 98 kilometers of public roads. 000 kilometers are so unique, beautiful or spectacular that they have been given the status of National Tourist Routes. For campers with motorhomes or caravans, they are an eldorado, ready to be discovered and explored.

The shortest is Gamle Strynefjellsvegen (27 km) which rises to 1139 meters above sea level. The longest runs in the quay rocks along the Helgeland coast (433 km). The highest is Sognefjellet, Northern Europe's highest mountain pass (1434 meters above sea level) with the 2000-meter peaks in Jotunheimen as a backdrop. It all started in 1993. At that time, a group from the Norwegian Public Roads Administration had been in the home country of motoring and acquired knowledge about the American investment in Scenic byways. Could something similar be relevant in this country? Plans were made and a pilot project was put into practice.

In 1997, Sognefjellsvegen, national road 7 over the Hardangervidda, the northern part of Kystriksvegen in Nordland and the old road over Strynefjellet status as National Tourist Roads, but there were to be more. The proposals flowed in from all over the country and soon the new tourist road group was in the Norwegian Public Roads Administration with around 60 alternatives to be studied and inspected. The 18 sections were finally selected and in 2012 these were signposted as National Tourist Routes.

Do you have a favorite, people ask. Yes, I answer sometimes. No, I say other times. A little after that. Suddenly I come across an experience along one of the roads that shakes the Top 10, and it is not difficult to find good arguments for squeezing all 18 into the podium. Therefore, do as I do: Make a list of the roads and experiences that tempt along the way and set off along one after the other. Some can be experienced on a weekend, others may require a week or three, depending on how far you have to drive to get where the tourist route starts. Several are also well suited as a round trip, both from east and west. With caravan or motorhome, whichever. Here you will get a taste of a trip you will soon forget.

Since I live outside Oslo, this journey starts from the southeast, more specifically up the E16 towards the National Tourist Route Valdresflya. From the west, the trip starts in Gaupne. Those with a little overview of the map of Norway then understand that it is about the National Tourist Route Sognefjellet. The E16 between Lærdalsøyri and Fagernes connects the round trip together in the south, while the section Lom - Hindsæter, with a detour to Våga, forms the northern border of this adventurous journey over Norway's two highest mountain passes. Then we can start.

As you pass Beitostølen, the landscape opens up. An airplane is an open, far-sighted area above the tree line and it immediately becomes clear that Valdresflye lives up to its name. Høyfjellsvidda in Øystre Slidre really feels like Norway's roof where the road formally floats over the open landscape. Here you are close to the mountains and the mountain hikes. The characteristic sight of the Bitihorn (1607 masl) is one of the first things that meets you on your way north. From the top there is a magnificent view of Bygdin and the snow mountains in Jotunheimen. In some places there is still steel production, and on Bitibua it is tempting with butter, sour cream and cheese made the old-fashioned way. From July to September you can join M / S "Bitihorn" from 1912 from Bygdin into Eidsbugarden. In August every (normal) year, Vinjerock is held here, the country's largest music festival across the tree line.

Hiking in the mountains

Further over the mountain you eventually come to Flye 1389, built by National Tourist Routes and operated by DNT. This is a perfect starting point for great hikes, such as to Rasletinden (2105 masl). If you pass in mid-September, you may be lucky (or unlucky, depending on) to dump into reindeer herding and slaughter. From here it carries downwards. In a landscape strewn with stones left from the last ice age, with steep stone clocks and snow-filled ravines, snowdrifts far beyond spring and into summer, and everywhere an explosion of colors: Stone covered with evergreen lichen, turquoise lakes, plateau that changes palette through the seasons.

Take a detour to Gjende, the turquoise lake at the foot of Besseggen where the fourth generation Øvstedal is behind the helm of the Gjende boat that transports mountain elephants to the 2000-meter stop in Jotunheimen National Park. Besseggen attracts a disproportionate amount of tourist traffic, so feel free to choose alternative trips, such as Gjendehøe (1257 masl) or Besshøe (2258 masl).

On the way down from the mountain, you can stop and eat sour cream waffles at Kalven Seter or enjoy a bite to eat at Brimi Sæter. Or continue to Våga and treat yourself to an excellent lunch or dinner on the popular Second Floor. In summer, the village yard Ullinsvin is a nice stop. At the former rectory, Edvard Munch's great-grandmother was once a priest's wife. Her legendary recipes have been published in book form, and in the museum's café you can enjoy the best cakes inspired by Mrs Christine Storm Munch. From Våga you drive in the direction of Lom, where another well-known baker lives. Morten Schakenda's bread and cinnamon buns often end up as a tour guide for people on their way over the mountain.

In Lom, a visit to the Norwegian Mountain Center is something many people will want to see. From there, the journey in a lush cultural landscape goes through Bøverdalen. Soon majestic peaks in Breheimen and Jotunheimen National Parks will appear. Right by Juvasshytta, at the foot of Galdhøpiggen (2469 masl), you will find Klimapark 2469 - a 70 meter long and 375 square meter adventure world of ice. The oldest ice is over 7000 years old and the entire tunnel has been carved out by hand in a natural snowdrift. From the end of June to the middle of September there are guided tours.

The road over Sognefjellet has always been an important traffic artery. Here, salt and fish were transported east from the coast, while butter, tar and skins came west from the inland villages. In older times, the journey could involve high risk. Not only was the mountain capricious - with storms and large amounts of snow, there were also ghosts lurking. The phantom stone at the highest point of the mountain road (1434 masl) dates from a time when phantoms and highway robbers robbed both traders and ordinary road users. Mefjellet picnic area, with Knut Wold's stone sculpture, is a good starting point for mountain hikes. On the way down to the mountain sport icon Turtagrø is Nedre Oscarshaug, one of the most spectacular viewpoints along all of the tourist roads. Here you have a view of the highest peaks in the Hurrungane massif.

Down in the lowlands you follow the Lustrafjord, an approximately 40 km long arm of the Sognefjord, towards Gaupne. End, or start, the journey along the tourist road in style at Nes Gard in Høyheimsvik or the venerable Walaker Hotel in idyllic Solvorn, with 380 years of history in the walls, excellent food in the most beautiful living rooms and morning coffee in the garden among flowers.

“The soul of the home”

"The great home of the Soul is the open road, ”Wrote author DH Lawrence. And there is something about car trips and open landscapes that brings out the philosopher in us. A car trip is about the moment, not about getting from one place to another the fastest. It's about freedom. To make impulsive stops when something catches your interest. To turn at random to the right instead of to the left and see where it takes you. To enjoy packed lunches in the most beautiful places along the way. To stay a day or three longer once you have found your dream place. To move on when new adventures entice. It's more about good conversations along the way than who you travel with. And about enjoying the silence together on the country road.

The National Tourist Routes are 18 unforgettable trips by motorhome or caravan. They can be experienced individually or in different combinations. But do not try to discover half of Norway at once. Instead, take the time to really experience what makes these carefully selected roads so unique. And take detours along the way. But no matter how you choose to plan your trip: Do not have a packed program in every place. Take time to see, listen, enjoy. And along the way, you can bring out the philosopher in you and hear if he has something to say.

The Norwegian Public Roads Administration is responsible for developing the attraction National Tourist Roads. By the end of 2020, approximately 160 rest areas and viewpoints along the 18 sections have been completed. The buildings and installations are characterized by high visual quality and are built in collaboration with well-known and lesser-known Norwegian architects and landscape architects. The goal is for National Tourist Routes to appear as a comprehensive attraction from 2024. Thereafter, the task will be to operate, maintain, renew and further develop these unique routes.