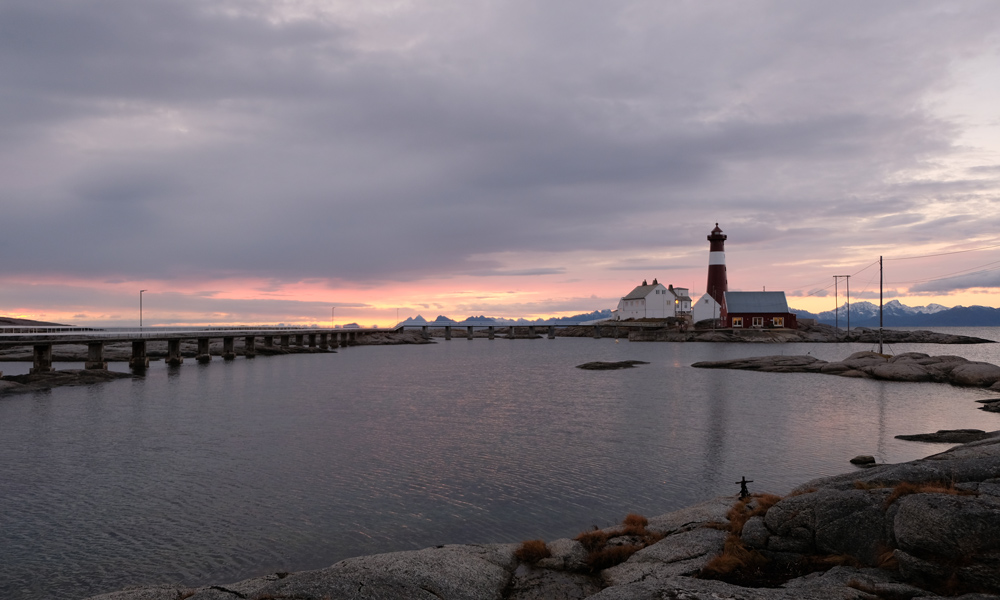 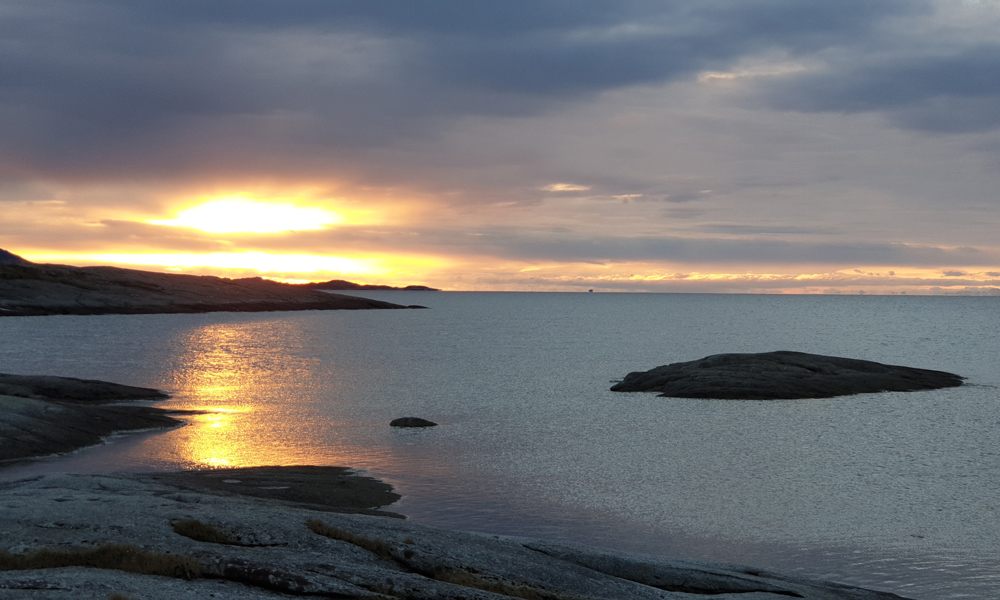 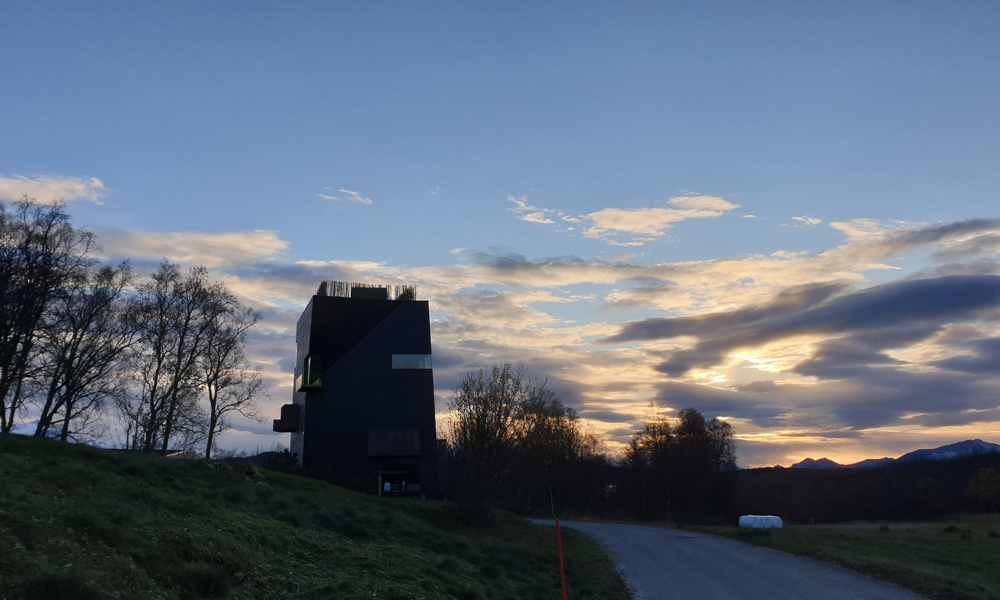 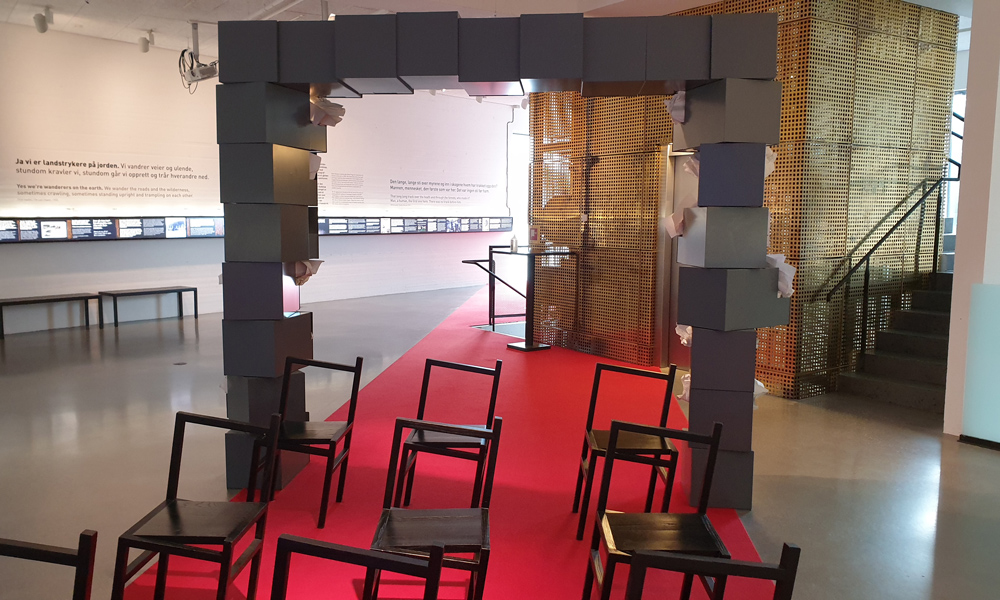 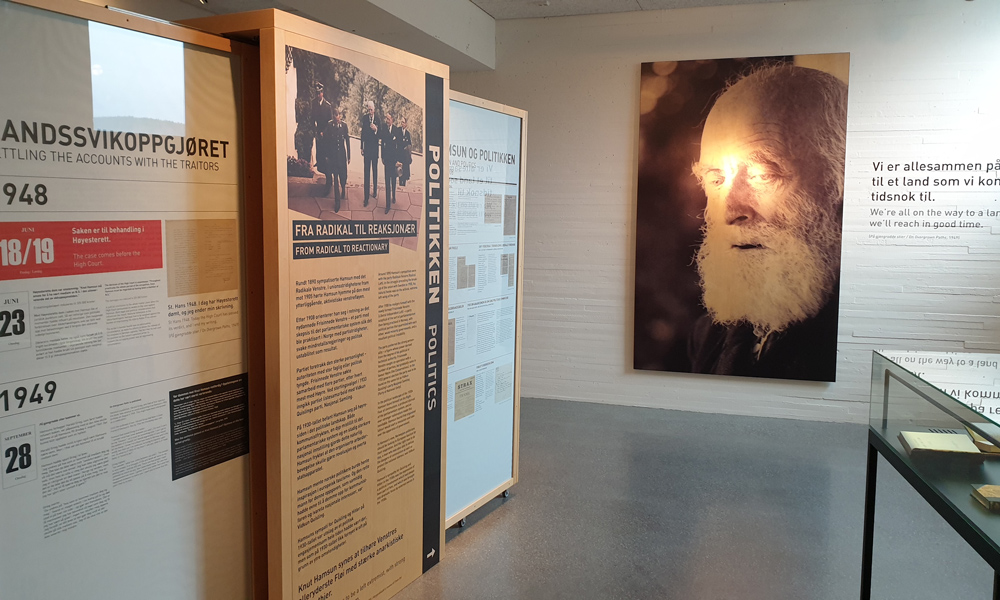 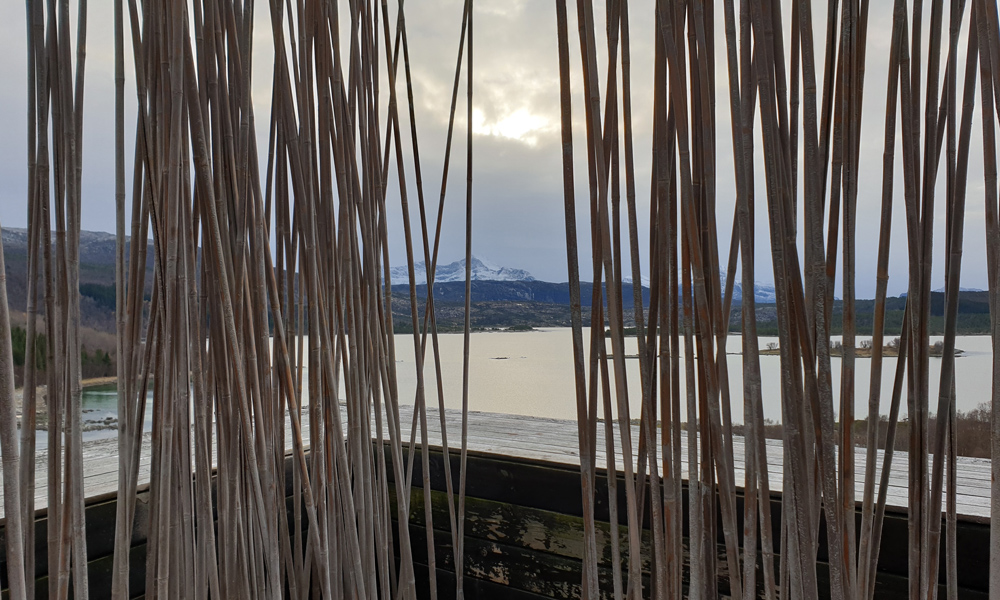 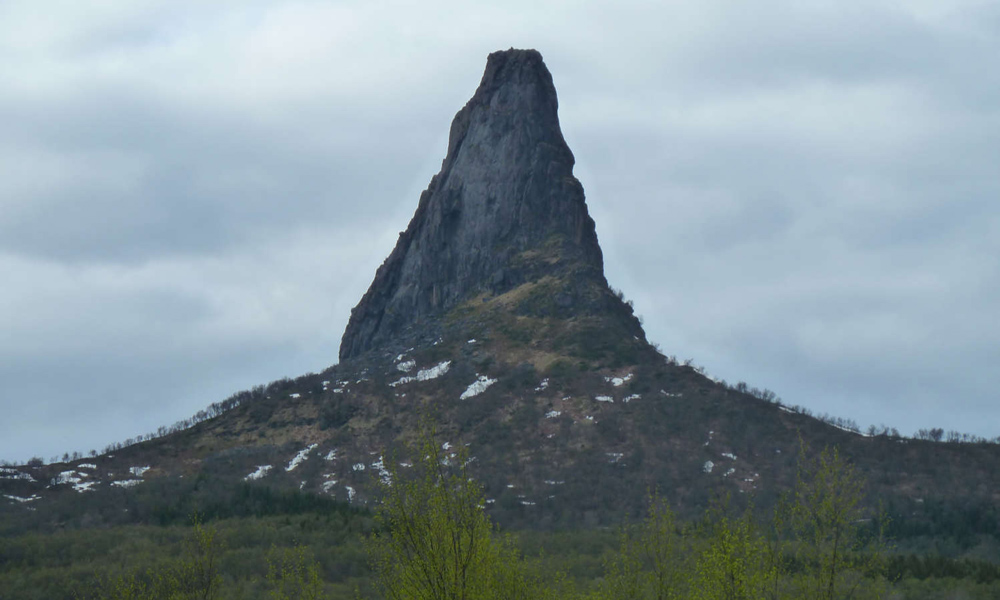 Travel reports from Norway
It was a fish soup that first lured us off the E6 Nordland, but a very special museum gave us a solid experience.

- "You must try the fish soup at Tranøy lighthouse" -, a friend suggested when he saw that we were near Hamarøy. Yes, but there is much more than fish soup there - for example a fantastic view and not least the Hamsun Center. or to take fish soup first. We did not get to taste it. Tranøy lighthouse receives diners during the summer season, but otherwise they have catering for overnight guests. If we wanted to wait a couple of days, fish soup was on the menu for the overnight guests, and we could probably get some advice as well. Tranøy lighthouse is located furthest north in Hamarøy municipality. In the summer, there is an open motorhome pitch on Tranøy - about a kilometer from the lighthouse. From both the lighthouse and the motorhome site, you have a fantastic view of the Lofoten wall. Here you just have to sit down and enjoy the sunset.

The solution was fricamping - in a place marked "no camping". Normally it is a sign we do not commit a crime against, but when the landowner tells us that it is fine out of season, then it is fine.

The explanation in this case was that in the summer all the motorhomes would be blocked for what is the business on the site. Of course we have respect for that, but the episode is also a reminder that a lot is possible just by talking to people. The accommodation gave us both a great view and a short way to the next experience.

The Hamsun Center in Presteid is the national center for author and Nobel Prize winner Knut Hamsun (1859-1952). The award-winning building is located in magnificent nature by the ocean stream Glimma. Knut Hamsun is controversial. He received the Nobel Prize in Literature in 1920 and was convicted of treason after World War II. In the Hamsun Center, you can familiarize yourself with a controversial author's life with insight into his relationship with Nazism. The marvelous tower has an equally modern way of conveying content as the tower is modern in its form. Over four floors, you can see and push your way to information and relive his writing. It was the landscape here in Hamarøy that gave him inspiration for the famous books Pan, Marken grøde and Landstrykere.

The Hamsun Center is open every day in June, July and August, but with the exception of January it is open a few days every week. In months with only weekends open, it is possible to book a ticket on a closed weekday. The undersigned showed up on a closed weekday this fall, but that was no problem. The exhibition was started. We got an introduction to the exhibition and were able to spend the time we needed to get to know the exhibition. On a closed day. In May 2021, the center will have some remodeling of the exhibitions on the top two floors, so if you want to take full advantage of the center, avoid this month. On the other side of the county road is Hamarøy church. It is also a piece of modern architecture - if you are interested in such.

If you follow 71º degrees North on TV Norway, this winter's celebrity edition could offer climbing on Hamarøyskaftet. It took the breath away from the participants. You can also embark on such a spectacular tour, but then perhaps it is best with a guided tour? Such trips are arranged during the summer. There is of course less challenging nature to get started with, but if you would rather learn about salmon farming, you can take the trip to the Arctic Salmon Center in Skutvik. By the way, there is a ferry from Skutvik on a summer route to Svolvær. Otherwise this year you can take the ferry from Bognes to Lødingen. The ferry Skarberget - Bognes is by the way the only ferry route on the E6. The road to Hamarøy takes off at Ulsvåg, between Innhavet and Bognes. There, county road 81 goes out into Hamarøy and Hamsun's kingdom. It takes no more than 15-20 minutes to drive to Hamsunsenteret and the same from there and on to Tranøy.

PS: During the high season there can be a lot of traffic on the roads in the area. Especially the road out to the lighthouse can be narrow and a bit impassable.