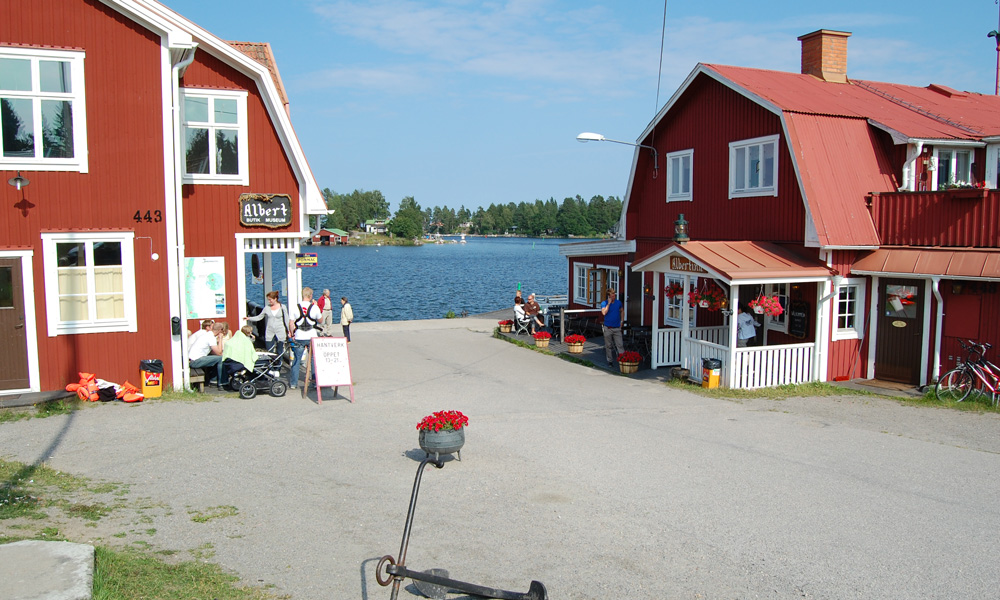 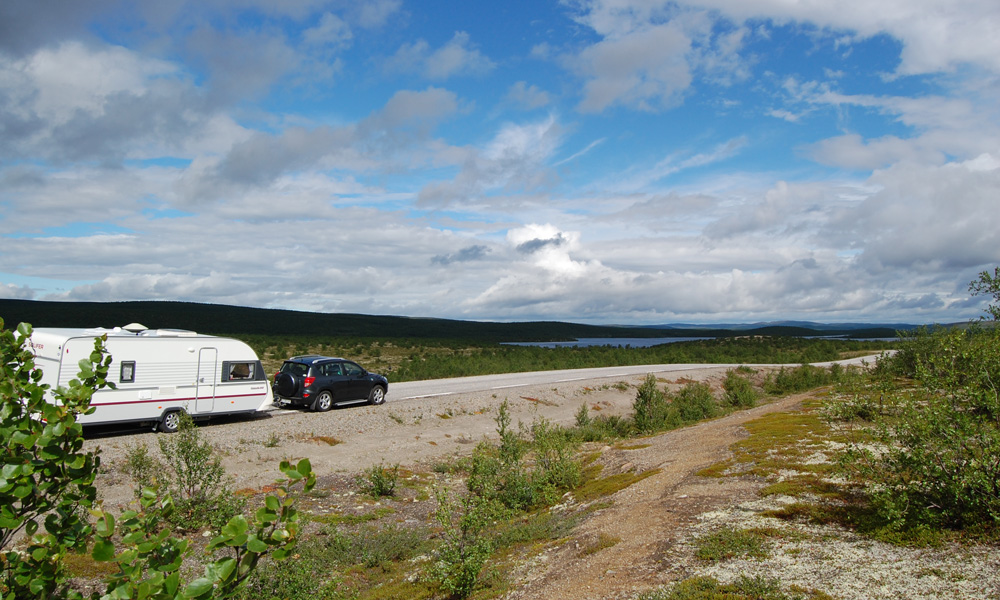 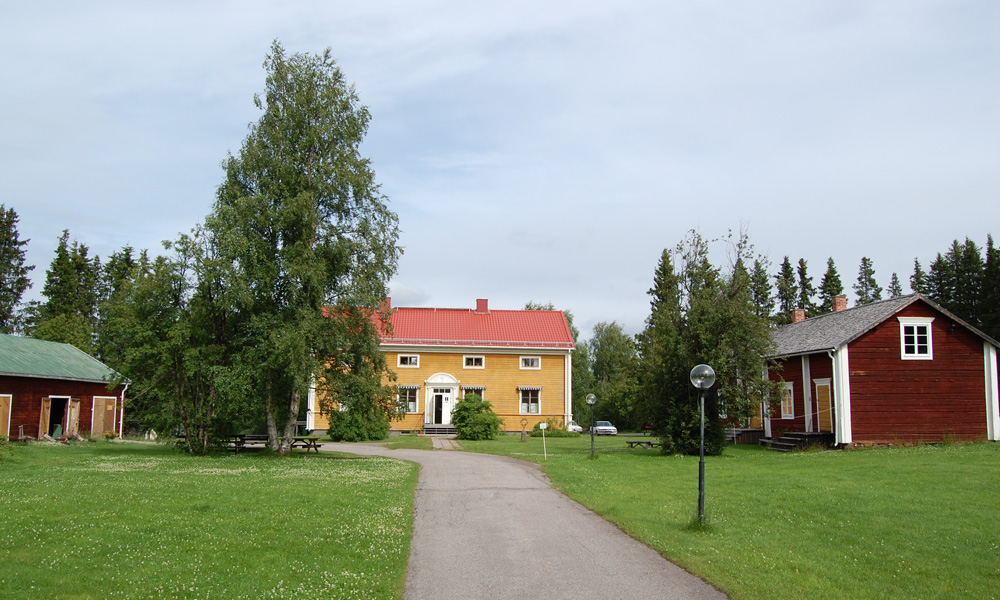 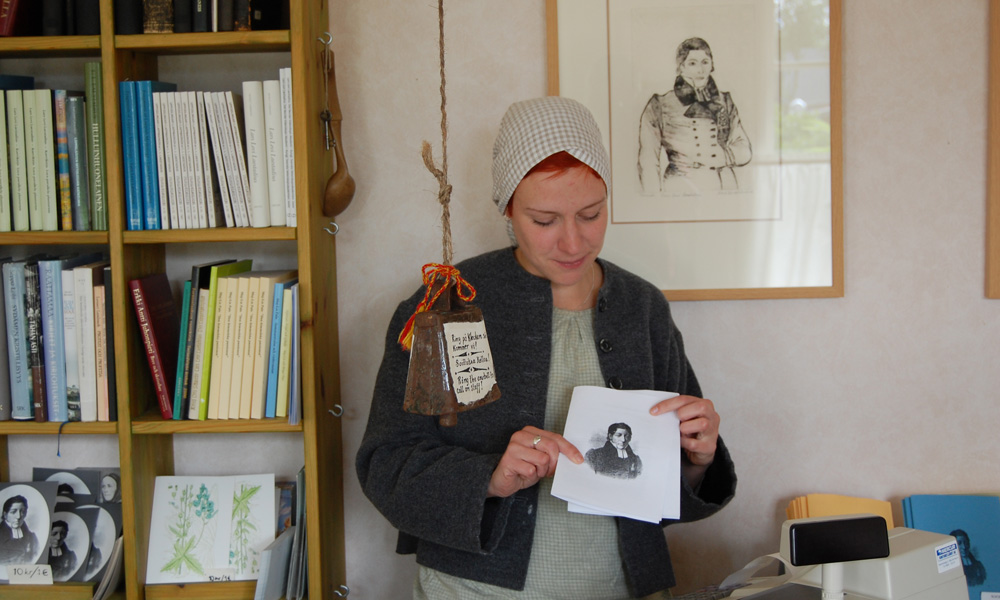 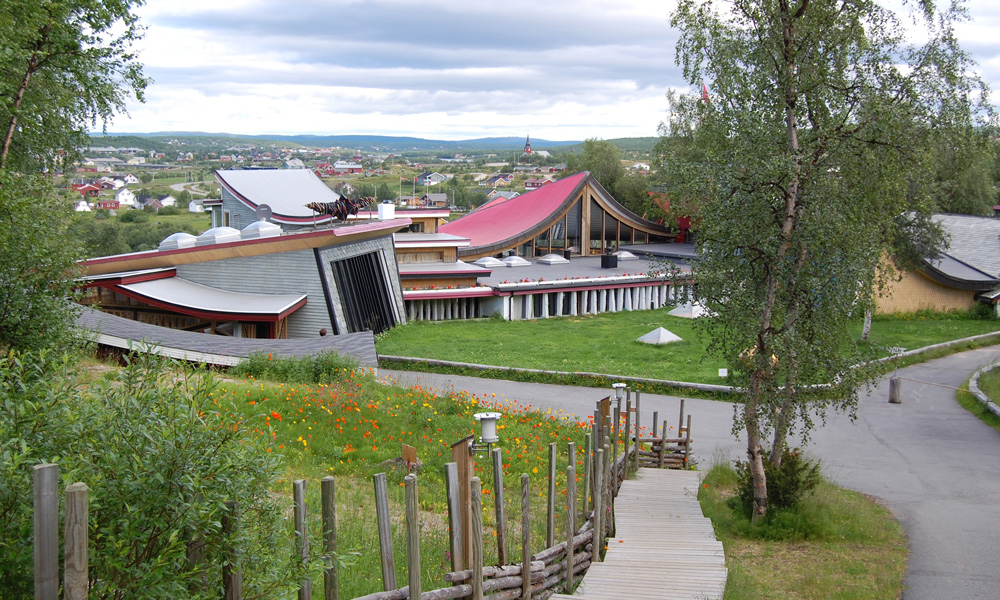 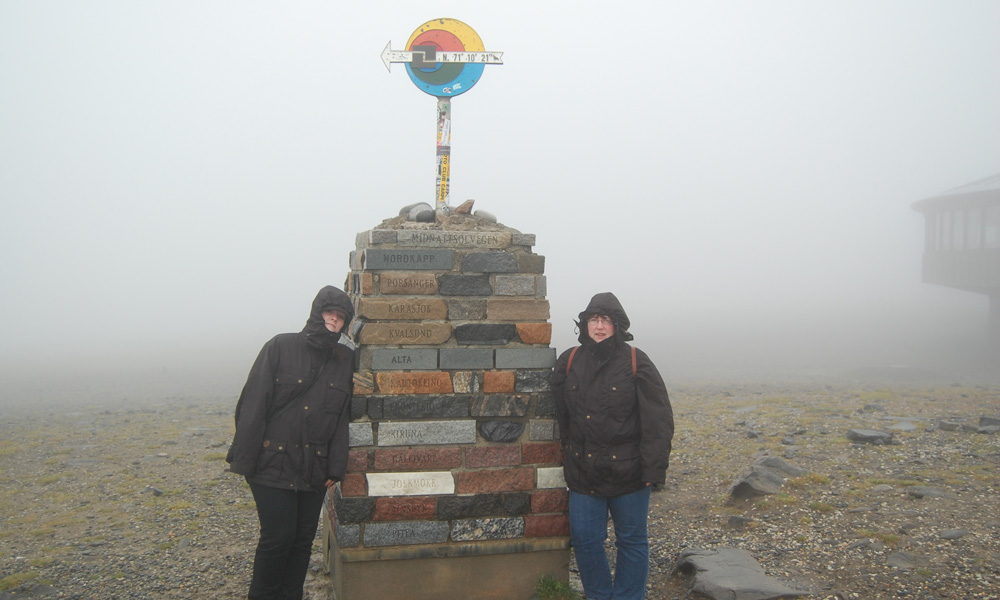 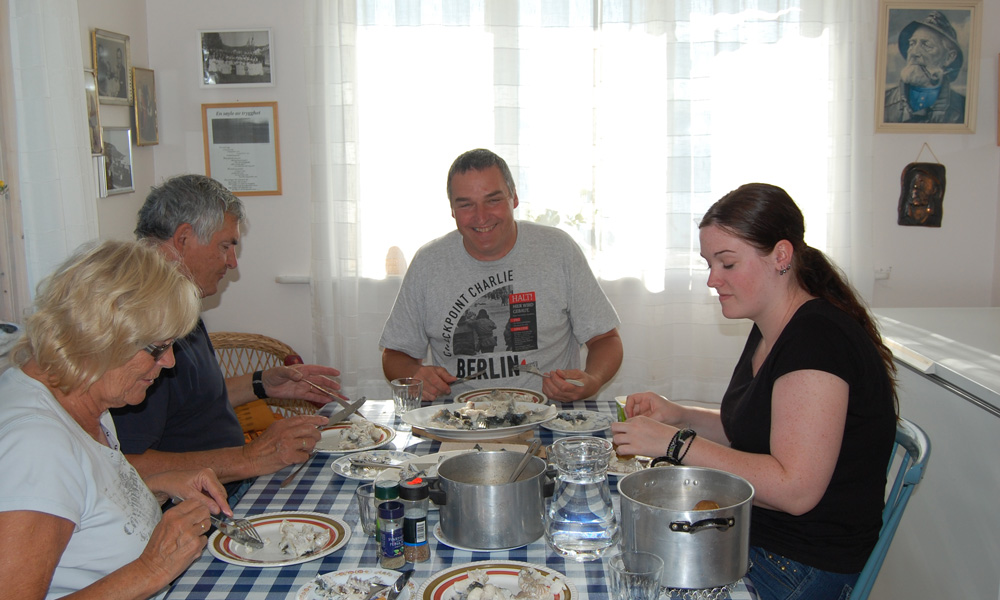 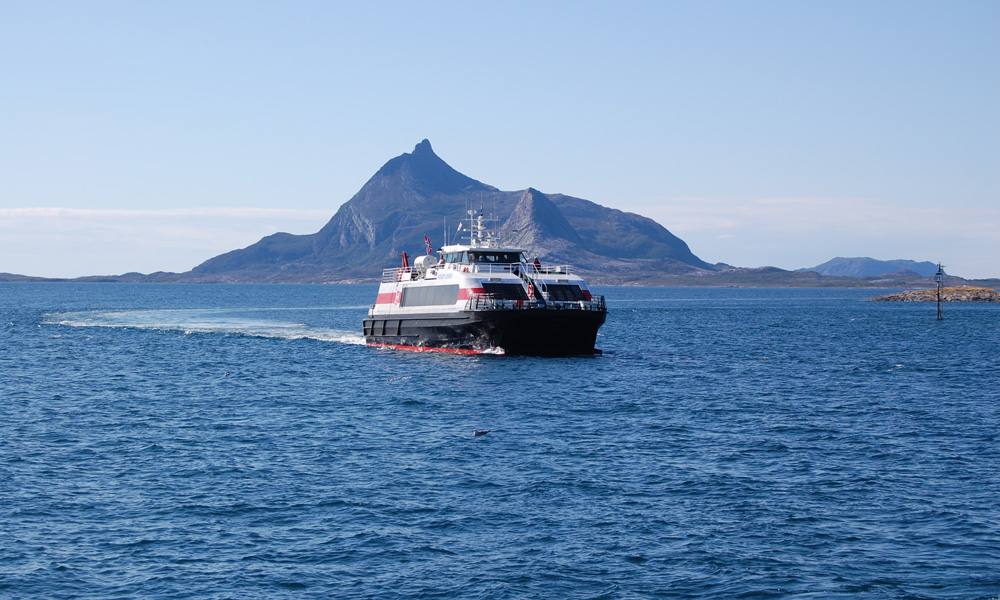 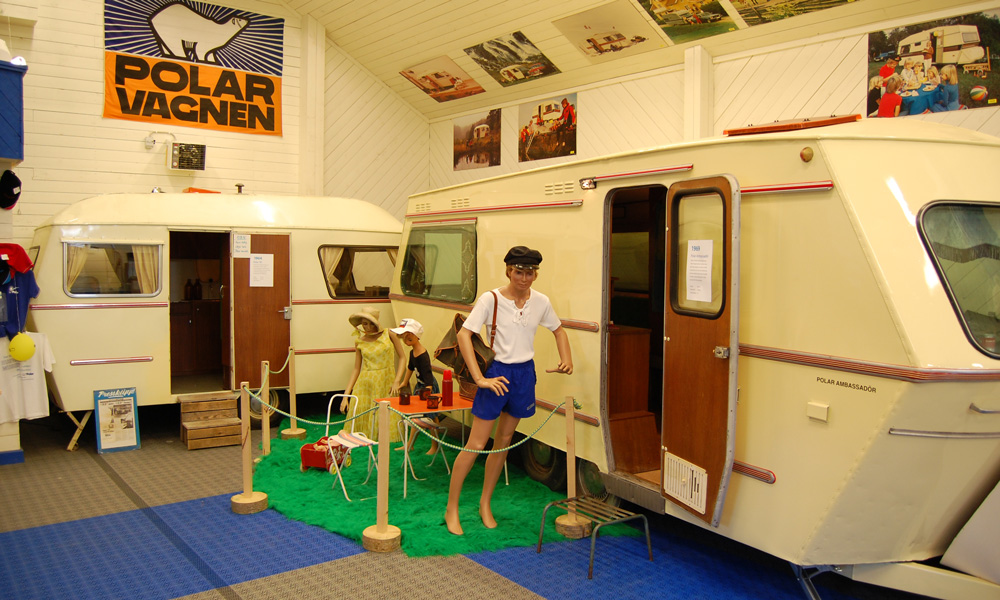 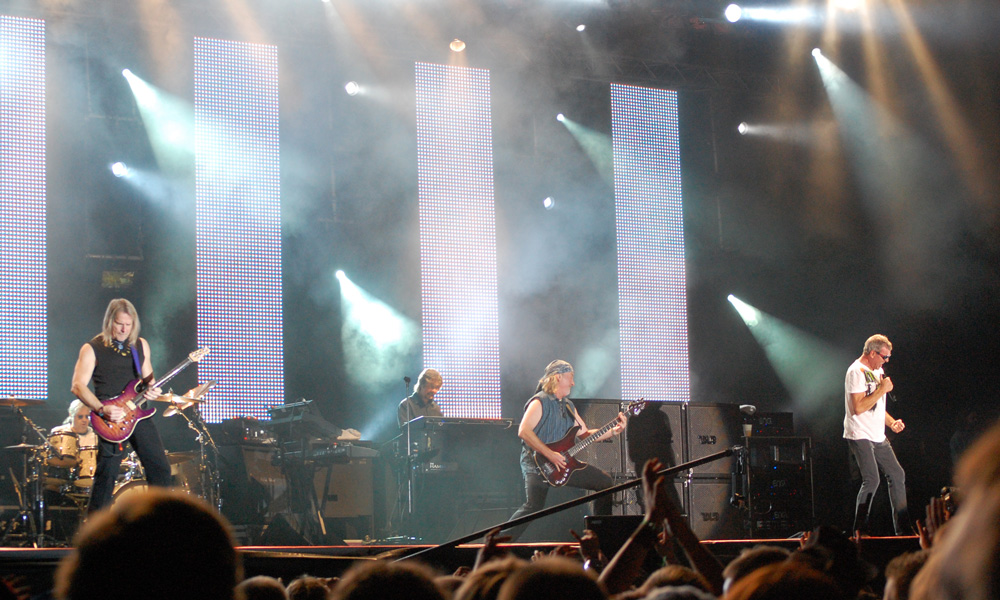 Travel reports from Norway
Upon request, I will share a little from our trip from Fredrikstad to the North Cape, a journey we made in 2008. Although I was born and raised in northern Norway, I had never been to Finnmark county before. Now it was finally going to happen.

The course was set north and the goal was the top, - North Cape. The plan was to drive north through Sweden and Finland, so the first leg went over Ørje, Örebro and Gävle to Skärså, an idyll on Sweden's east coast, just north of Söderhamn. We went to a nature campsite, where the camping sites were located around the forest. A little different than we are used to.

From Skärså we drove to Umeå. We had heavy rain along the way, which was also reflected in the campsite. I had forgotten my boots at home, and the sandals did not keep the water out for very long. But despite wet socks, we then got in place. It turned out that the windshield in the caravan did not hold the water out much better than my sandals, so an attempt was made to seal the window at a dealer in Umeå, before the trip could continue. The next target was Överkalix, just south of the Arctic Circle. Along the way, we stopped at the tourist information in Jävre, a somewhat special place with completed interiors from around 1960. Arriving in Överkalix, we stopped at Artic Hotell and camping in a pouring rain. I was still missing boots, so there were more wet socks. However, the rain subsided throughout the evening, so we had to take a walk and look around the place. We also found a shoe store where I could buy boots the next morning before the trip went on.

In Pajala we had a tour of the Læstadian Museum, before crossing the border into Finland at Kolari. Every now and then we met reindeer along the road, and we stopped at a huge souvenir sale and bought some memories from Finnish Lapland before heading over to Norway, Finnmark and Kautokeino. It was nice weather and quite calm when we got to the campsite, and a myriad of mosquitoes. We got in place, but Jørgen had to sit outside alone and grill dinner with the mosquitoes.

In Kautokeino we took an extra day to look around a bit. We visited Juhl's silversmith, which is Finnmark's largest, oldest, and which could celebrate its 50th anniversary the following year. We were also on a walk in Kautokeino church, with a cemetery a little out of the ordinary. The burial sites were not in the line that we are used to, but were located here and there in between the scrub forest, probably for practical reasons. In the evening there was a gathering in a large Lávvu in the middle of the campsite, where a Sami served coffee around the fire, and told about the history of the Sami. We learned a lot, and perhaps got a slightly different view of our indigenous people. In Karasjok we stopped by the Sameting House, and we visited the Sápmi theme park.

Porsangermoen, where Jørgen served most of his first service, was passed at a slow pace. Further through Lakselv, before we ended up at the Russians' campsite in Olderfjord, which was to be the starting point for our North Cape expedition. The weather had been good since we left Överkalix, so after conferring with the reception at the campsite we started towards the North Cape the same evening. After a trip to Honningsvåg, and after paying our way through the tunnel and into the Nordkapp plateau, we were finally at the finish line at nine o'clock in the evening. The hope of seeing the midnight sun had already disappeared several miles ago, but like fog…. We did not see much of the surroundings, but we have been there.

Several souvenirs were purchased, and there was much more to see even though the view was lacking. The next day we took a trip to Hammerfest. And after lunch at Peppes we drove up to the lodge and got a fantastic view of the city and surroundings. That evening we went fishing. Got some small saithe, and Jørgen also fished a seagull. The bird did well, but it bit well. Well back at the campsite, there was small saithe with sour cream, flatbread and good drinks for night food. Nyyyydelig. We still had not seen anything special to the Finnmark plateau as I had imagined it, with large open plains without anything special with vegetation. We got that now, when the course was set south again. Over Skaidi and Sennalandet, towards Alta.

We made a stop in Alta, where we visited the museum and looked at all the rock carvings, before we reached today's goal which was Sandvågen camping on Skjervøy. A fishing camp with a minimum of facilities, but perfectly fine to spend the night at, and with a nice view of Hurtigrutas out and sailing twice a day. The next day we left the caravan and took the ferry over to Arnøy. It was an incredibly beautiful day, with beautiful weather, fishing trip, and fresh fish for dinner in wonderful surroundings. On the way to Tromsø we got a puncture on the caravan. Fortunately, we always have spare wheels with us, so after a short stop with a wheel change, we could continue to Ramfjord Caravan, where we got good help to find a tire dealer where we could buy new tires.

We went to Tromsø camping, before we went to "Skarven" and ate a lovely steak meal. The next morning we stopped by the Beer Hall and the Arctic Cathedral before hooking up on the caravan again. Lian Caravan in Målselv was our third workshop visit this holiday. There was more sealant applied around the windshield, so now the leakage problem was out of the world, we thought. At Ballangen camping we ate outdoors for the first time this holiday. Now the trip went to Mo i Rana, with a few days visit to family and friends. From there we took a trip to Polarcamp at Hilstad. For us, an idyll on the Helgeland coast, where we had some fantastic days in good company, and where a few years later we got a permanent place for a caravan and nail tent. The road further went across the border to Sweden and Dorotea, to the complaints department at the Solifer / Polar factory where a new lid for the gas box was waiting for us. On the way there we got a solid rain shower again, and the windshield was still leaking.

At the workshop at Solifer / Polar we were well received and had to change both the lid and the windscreen, plus the Alde panel. Knock on the table, it did not rain afterwards. We then turned over to Norway again, over Storlien and to Steinkjer where we ended the holiday at the Steinkjer Festival with Deep Purple, "live on stage". Fantastic. After a last night at Elstad camping in Gudbrandsdalen, we woke up to a flat tire on the car. But bad weather, two punctures and four workshop visits do not shake the experience of a fantastic holiday trip.