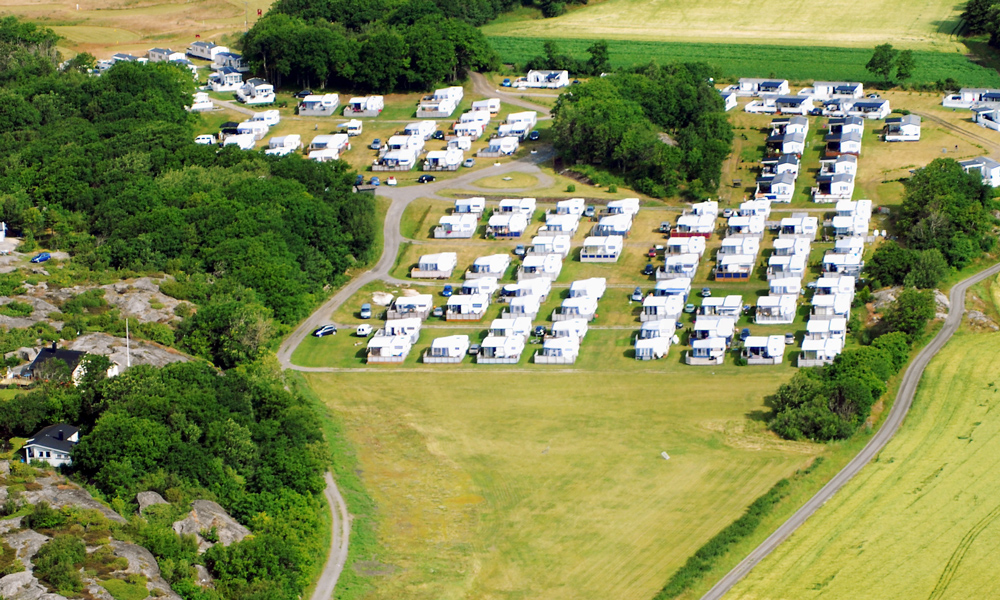 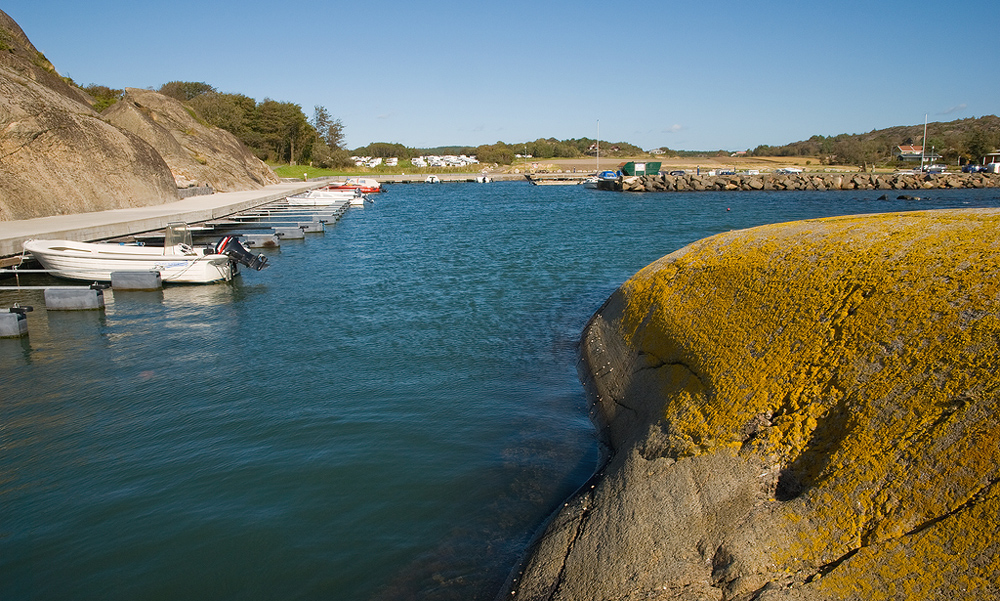 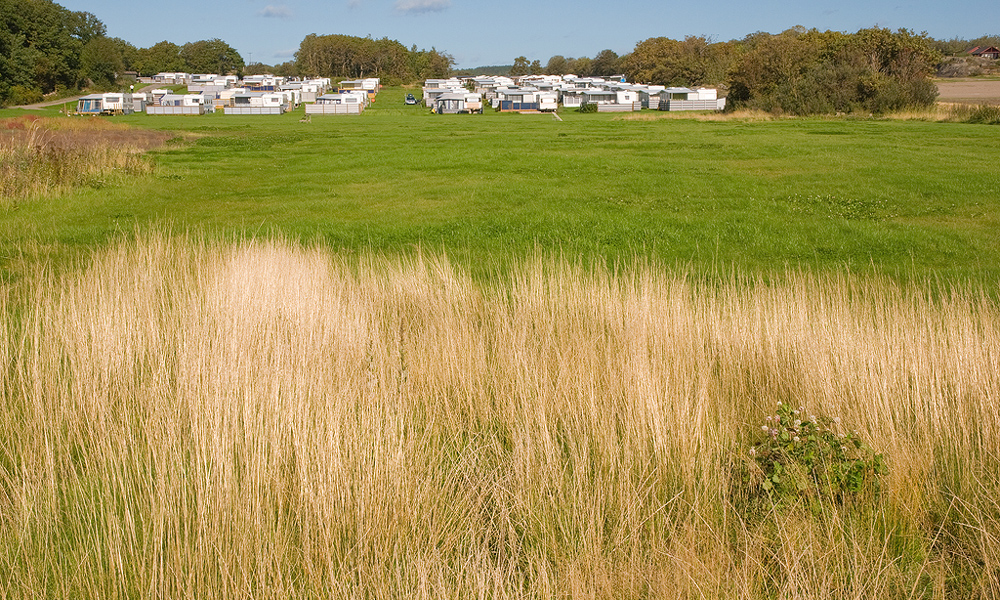 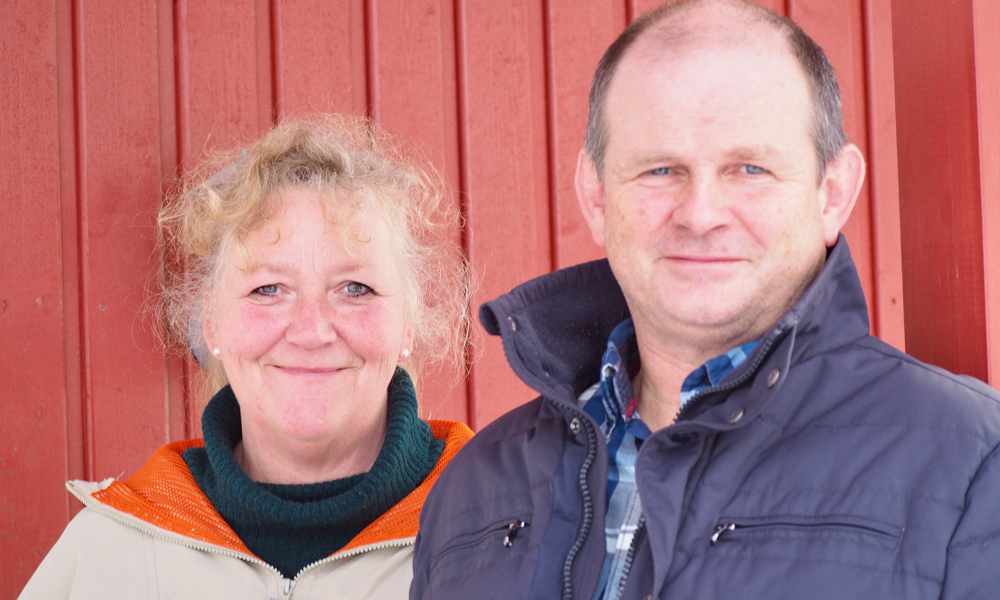 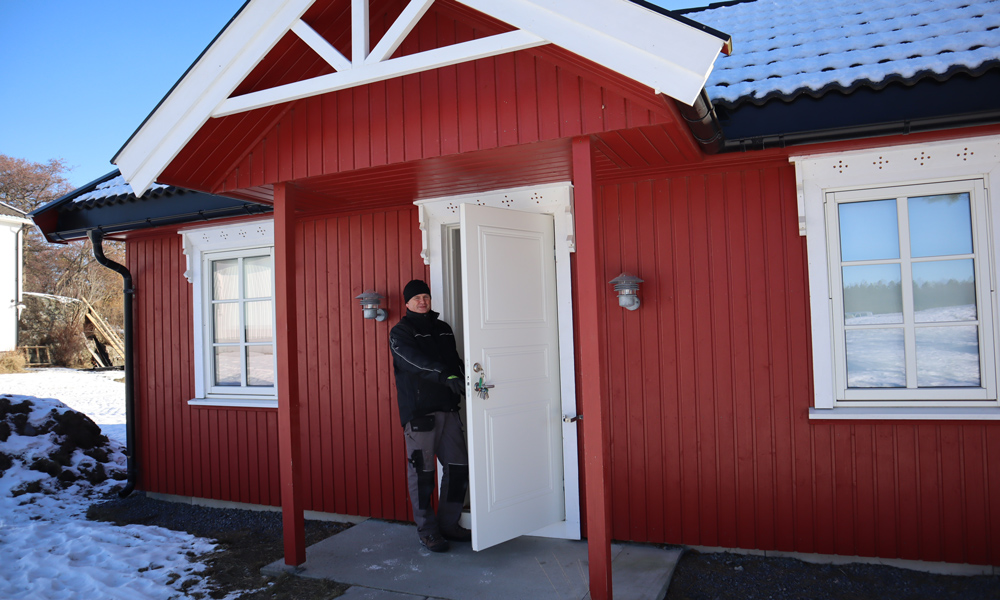 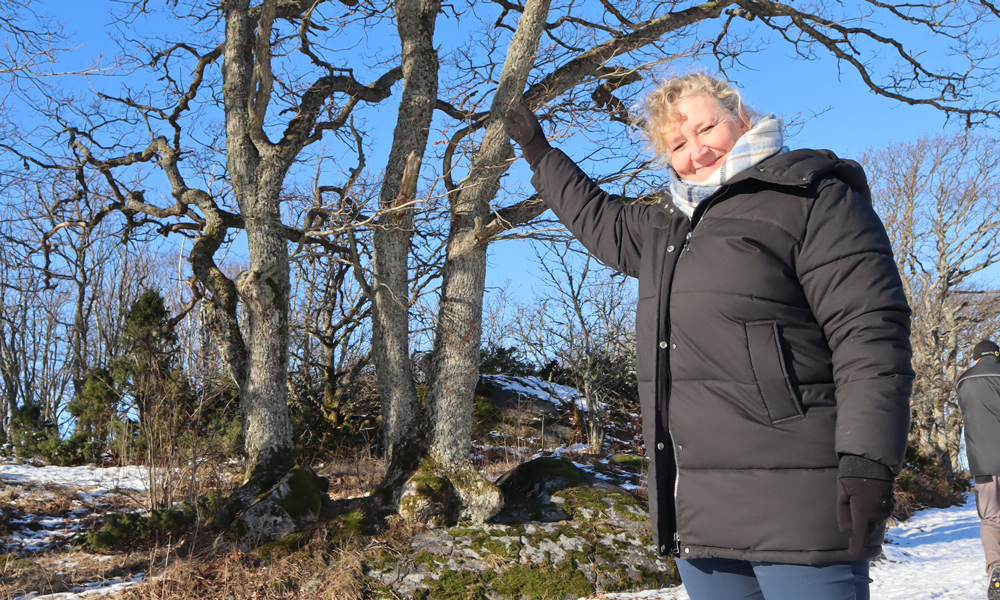 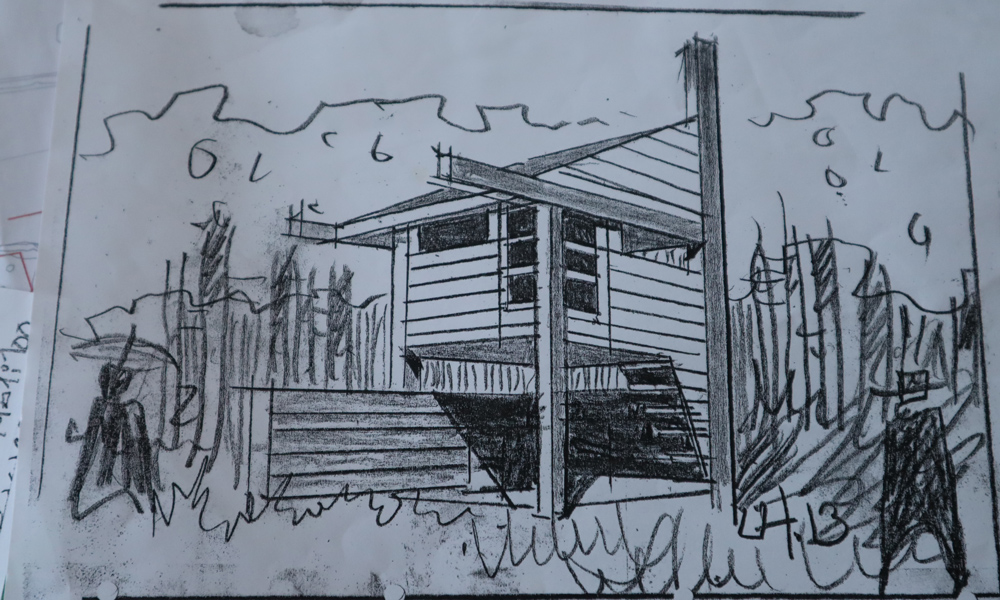 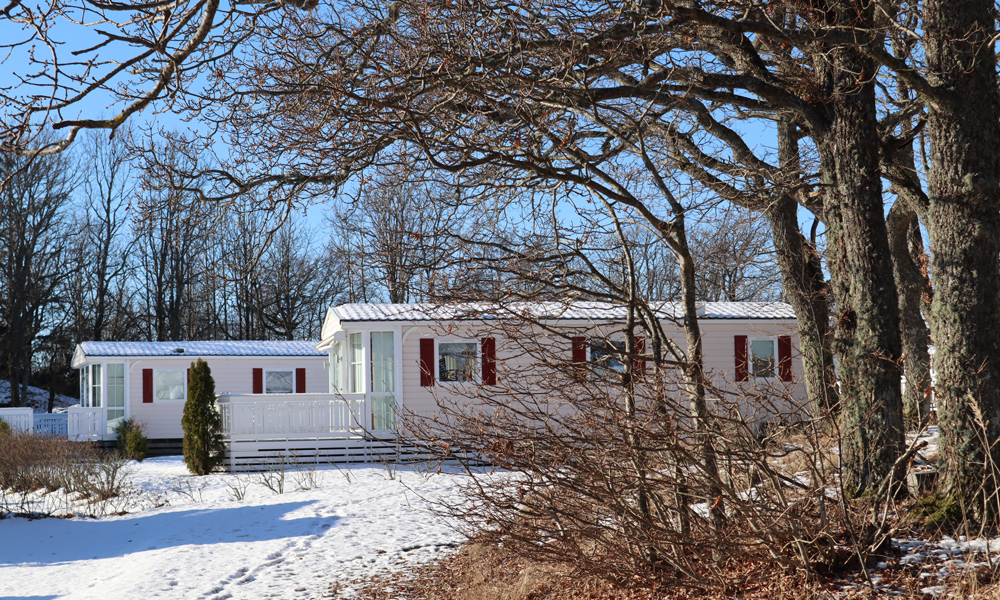 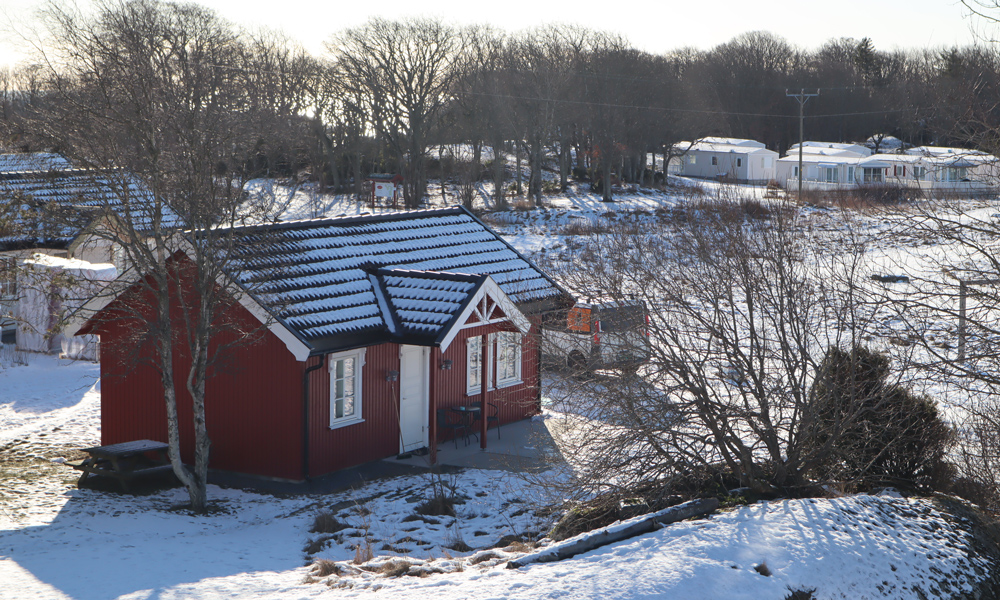 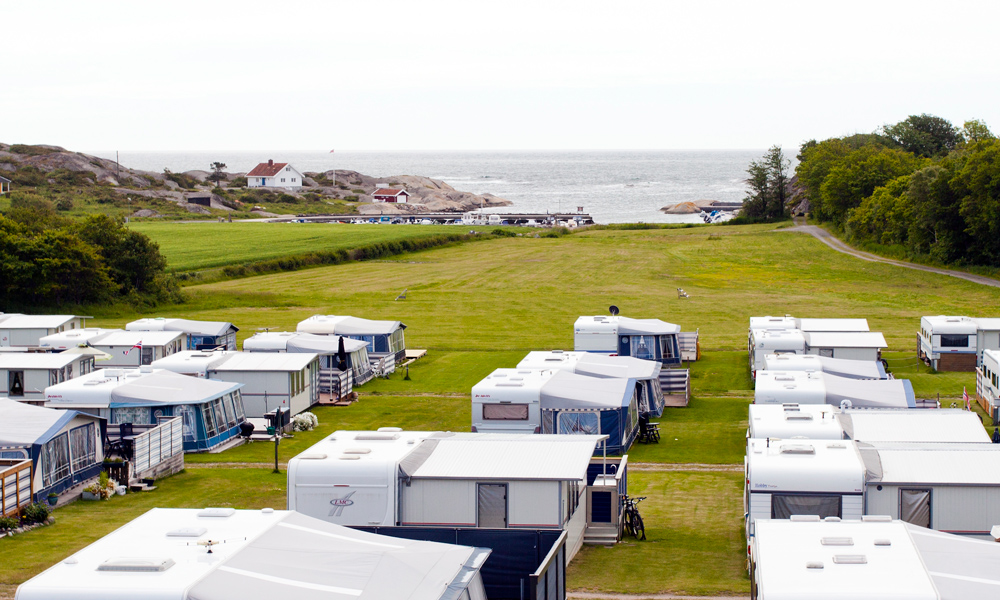 Camping season all year round

Travel reports from Norway
The campsites in Vestfold are large, many, have a super good reputation. But only one campsite is open all year round. Welcome to Brunvall Gård.

- "We start the palm weekend" -, says Morten Aartun. - "Then it will be exciting then, how it is with snow and cold" -. The weather will always be a factor that affects the well-being of the camping guests. In that area, neither Sidsel nor Morten can contribute, but when it comes to other types of service, then they turn around both once and twice. - "Last summer we had several guests camping for the first time" -, Sidsel states and thinks she could observe a whole lot of happy children. - "They were so happy to be able to live in a tent with their parents!" - Morten also laughs. - "Many of them were probably debutants" -.

The host holds out a bunch of plugs. - "A family had forgotten plugs, but borrowed from us" -.

If there is something the guests need, well then Morten or Sidsel conjures it up pretty quickly. The cafe sells rolls, lunch and pizza. The place also has a liquor license. Nevertheless, Brunvall farm can offer a dozen different accommodation options. Here are tent sites, 170 campsites, caravans, cottages, small red houses and in the barn there are apartments. If everything goes according to plan, a new project will start up in the autumn of 2021. - "We have put the XNUMX-hour places closest to the sea" - tempts Morten. He adds that from May this year, all these places will have electricity access. If everything goes according to plan, another new project will see the light of day this year.

Stay in the trees

Tree-top cabins, reveals Morten. The host can tell that the zoning plan has been ready since 2019. The architect behind the drawings was none other than Ulrik Hellum and they were ready over 10 years ago. The cabins hold 9 square meters and will be built on poles as high as the old oaks south of the plot. - We chose to do it this way, Sidsel smiles. - The solution is more gentle on the trees. At the same time, those who stay overnight get the same airy experience and a fantastic view!

Brunvall farm can also offer as many as 50 berths for 12-hour and seasonal rentals. - "Everyone is recommended to try our football golf" -, says Sidsel. For this activity, Aartun has sacrificed a small plot of land. The course has nine holes and in the core of this offer there is a mini golf course consisting of XNUMX holes. In addition to this, Brunvall has bicycle rental, guests can enjoy the rabbits or also see if the hens Bjørgunn, Borghild or Barbro have laid any fresh eggs. It is in this way Brunvall farm, slowly but surely, little by little every year, has expanded, expanded and tempted new stakeholders. - "It is so unbelievably fun to develop and build" -, Morten smiles.

Yes, the Aartun couple thrive in their own workplace. They also thrive best when others thrive. Still, somewhere a little further ahead, the dream of redemption awakens. Morten does not seem to be in a hurry, but has already given some thought. - "We think this will happen in 10 years" -, he says. It is with this in mind that this day the couple plans, implements, works and works a little more: - It should be attractive to take over Brunvall farm. Neither Morten nor Sidsel mention names. They have three grown children, but even if they do not want to push any of them, the parents hope that the place will remain in the family. In 1970, this was also important for Martin Antonsen. He had grown up here, but then as a foster child. In 1920 he bought the place, but had no heirs. At this time, Carin and Olav lived on a small farm outside Sauda. Now they took their three sons with them and moved to Vestfold. In 1994, Morten became a nobleman, but who can live on 60 acres of cultivated land?

The potatoes must give way

It was the agricultural office in Larvik that recommended Aartun to start with tourism. Morten and Sidsel were concerned. Was there a market for this? How could a small farm like theirs compete with well-known names such as Kjærstranda, Omlid, Oddanesand and Blokkebukta?

Sidsel laughs: - «We probably do not have much competitive instinct, but are probably more modest of us. Everyone has to start somewhere »-, says Morten stoically. The first year there were 3-4 wagons on the field.

How this year's season develops, no one knows. Morten and Sidsel are still optimistic. - "Several of the guests who visited us last year have already booked cabins and camping for 2021" -, says the hostess. She does not want to put the guests in any booth or category, but a couple of years ago she probably thought that the tourists here were in the well-grown layer. Thus, she got to call the place a senior campsite. "Help," she thought shortly after. - "What if the guests wanted to get angry?" - That was not the case. It is not possible to be angry at Brunvall farm, moreover, senior camp was not a comprehensive concept, because all types of people come here.

Sidsel now admits that the label was not entirely fair. - Every year we receive young people from Norway's top sports high school, NTG, which is located in Geilo. In recent years, they have put their training camp here with us and we are responsible for accommodation, lunches and dinners. About the camping guests, Morten can tell that most come from Grenland and Bø, Viken, Asker and further north Oslo. "We also have our own delegation from Gausdal", he adds.

In addition to this, there are guests who have never been to the district before. In the summer of 2021, the cycle path between Helgeroa and Stavern will be expanded. With this, Morten reckons that cycling enthusiasts will find the little gem at Brunvall.

In addition, there will probably be some paddlers, not to forget the happy hikers.

- We are located in the middle of the coastal path between Helgeroa and Stavern, Sidsel reminds us. - For those who have managed to take the coastal path in two stages, it is great to take a night here. Many of these hikers have often planned and booked in advance, but there are also those who suddenly find that the trail becomes too long. Sidsel understands them well. Walking 35 kilometers in one day can be the most expensive team. "For those who have not booked, we can of course not guarantee a place to sleep" -, says Sidsel, - "but we do the best we can" -.

Because at Brunvall farm, the door is rarely closed. Sidsel thinks a little. Life as a hostess requires that she is always on and present. Admittedly, the couple has two different sounds on the bells. One for private visitors and one for guests. The boundaries are still vague. Sidsel points to a large plating behind the house. - "We have our own private oasis, but we might need a couple of weeks away during the year?" - Morten nods in agreement, at the same time there is a lot to do before everything opens fully. He likes to spend the winter for carpentry, renewal and renovation. Not least, you must ensure that everything is safe and in line with HSE, health, environment and safety. Morten is particularly concerned about access to fire water. No, he does not have the heart to take any vacation, but now everything is in place. Now guests can just come! The hosts Morten and Sidsel divide the camping year into four. If the winter season is counted as season zero, season number one starts from Easter to 1 May.

Brunvall farm is small and shy, but still has good support from a national camping network.