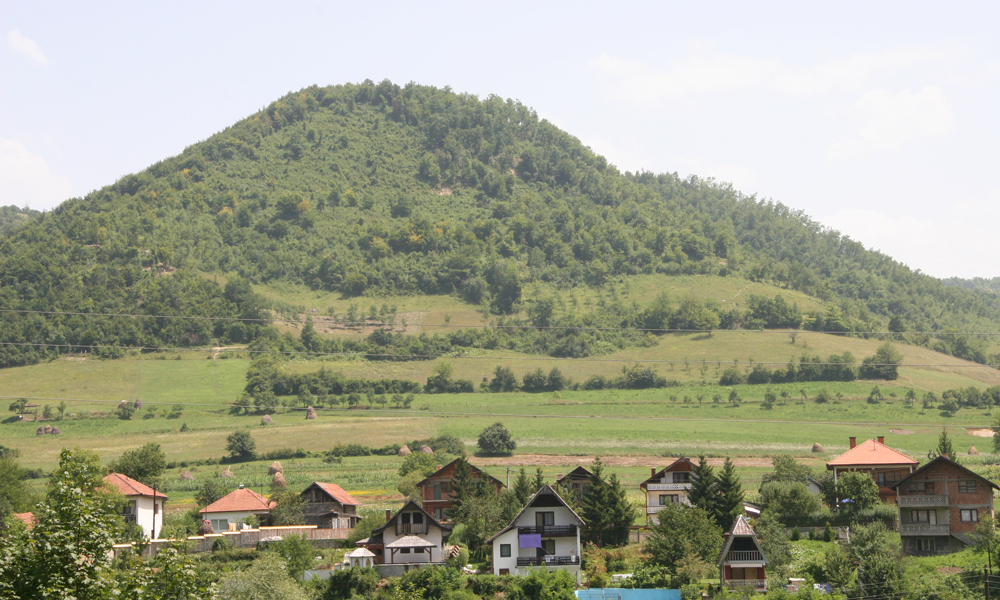 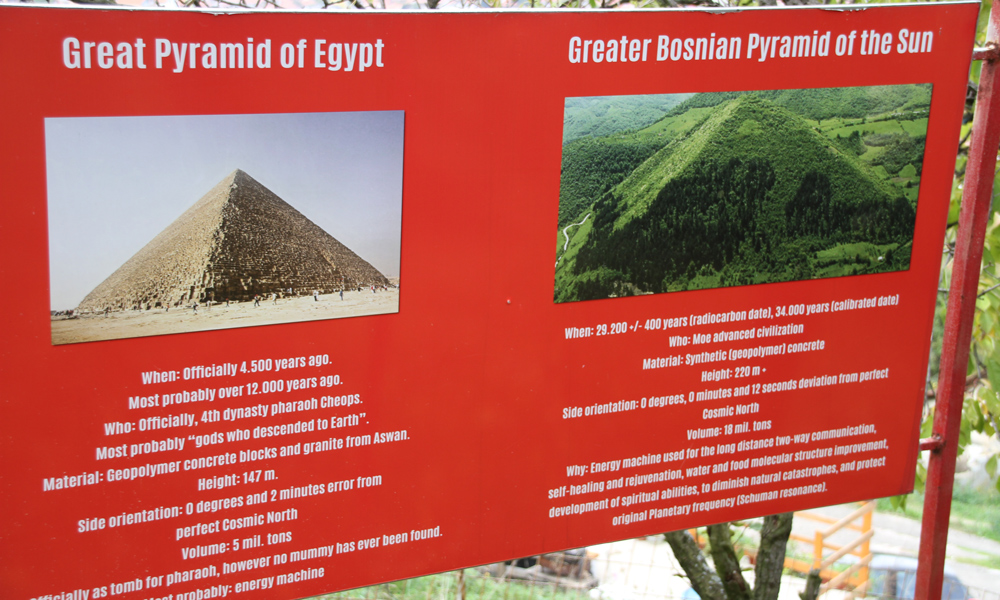 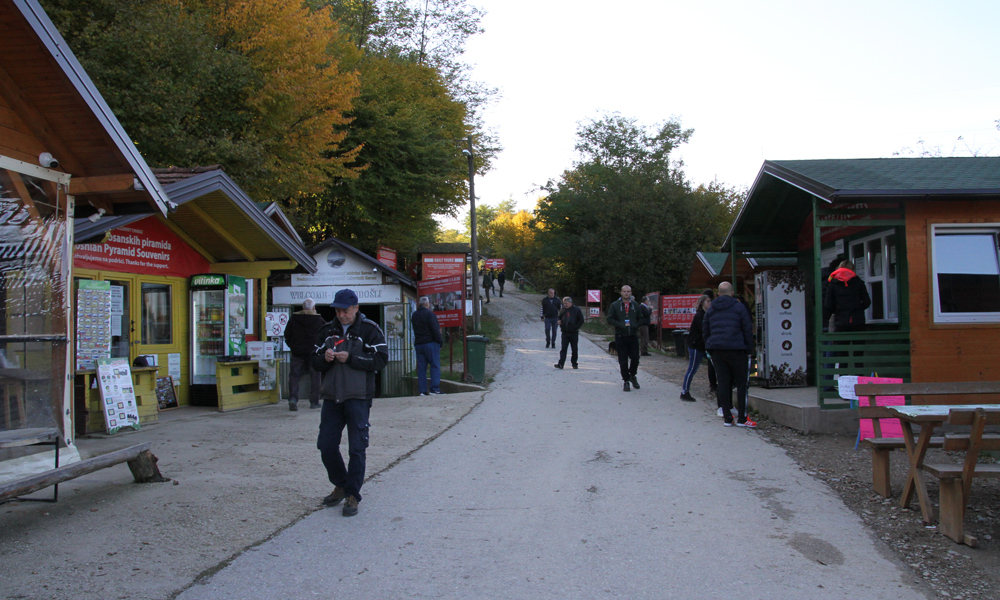 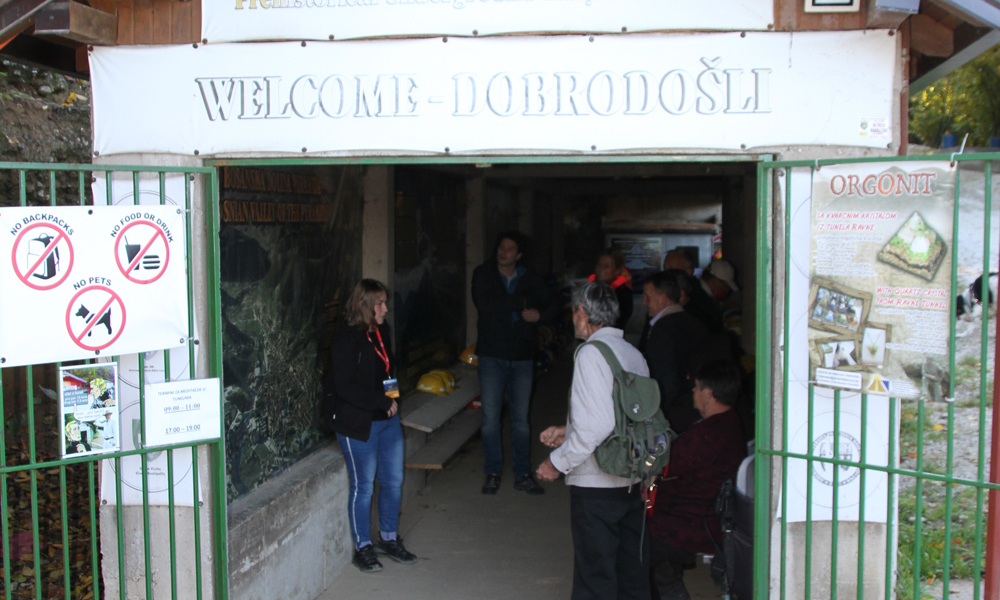 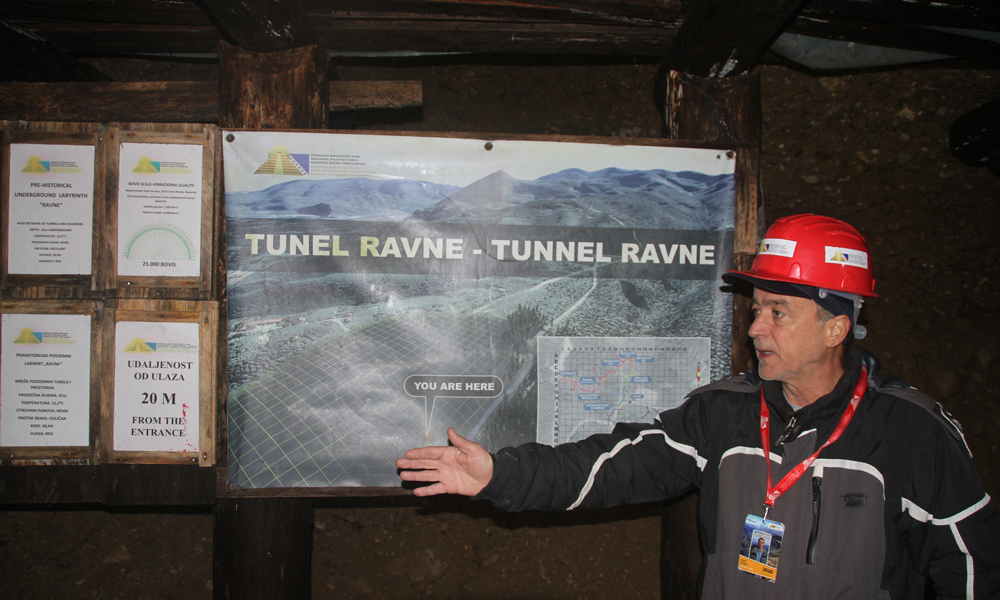 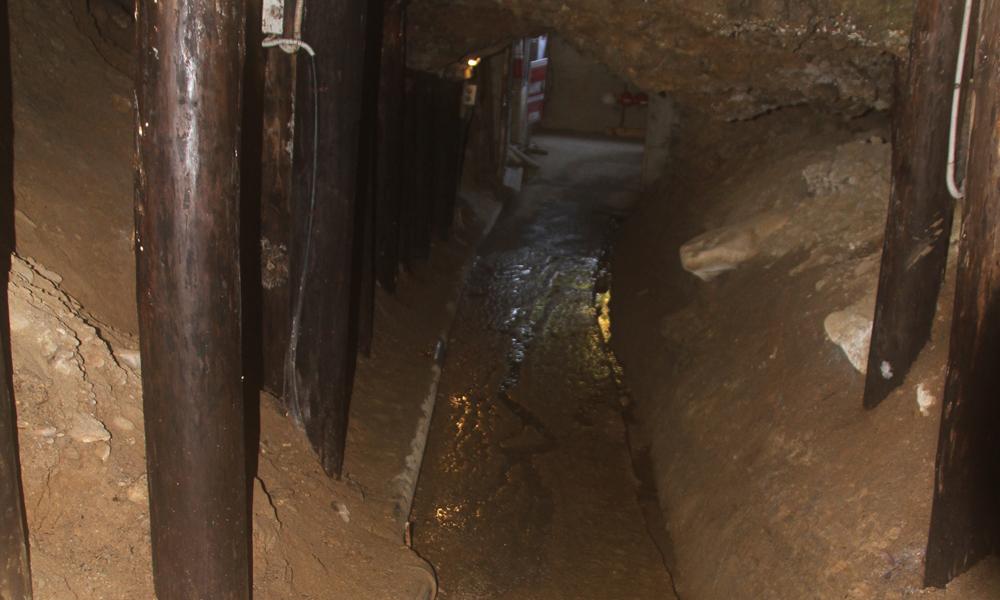 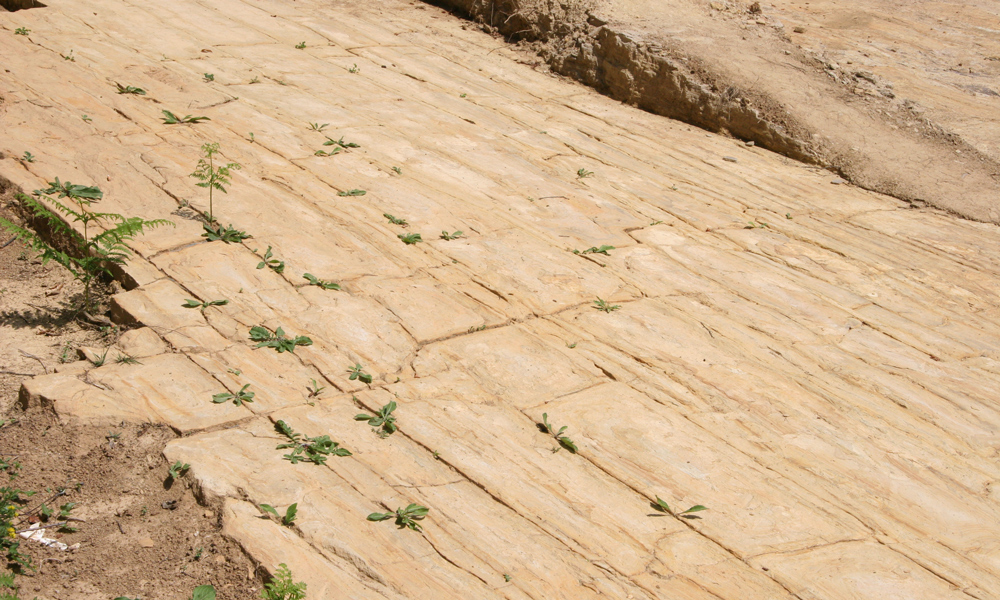 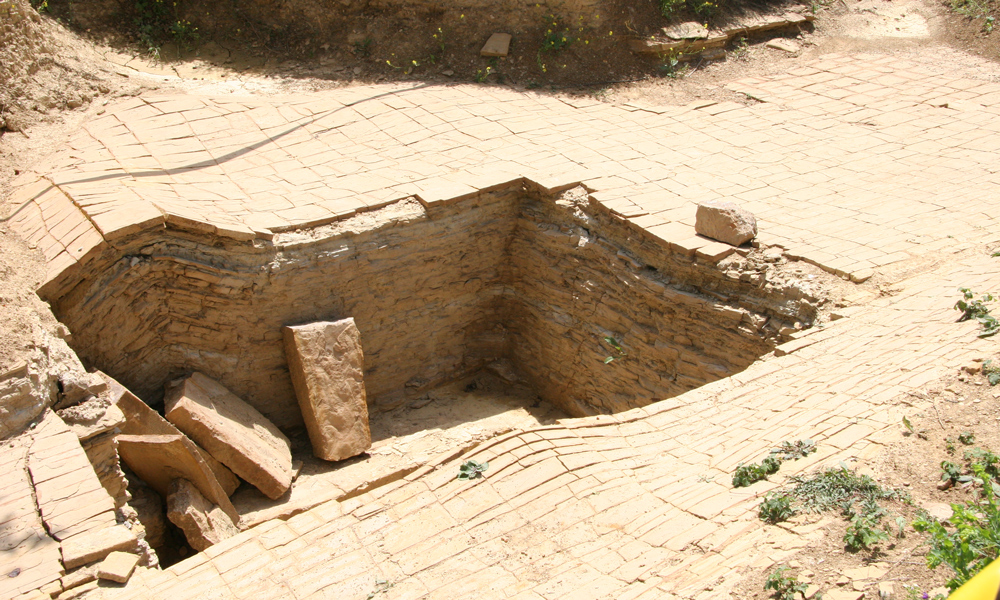 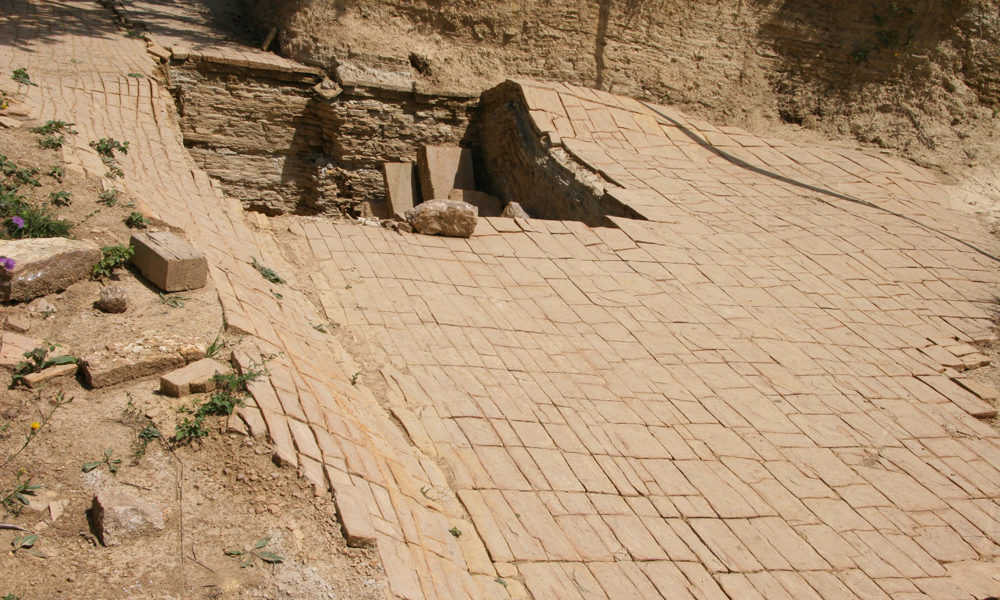 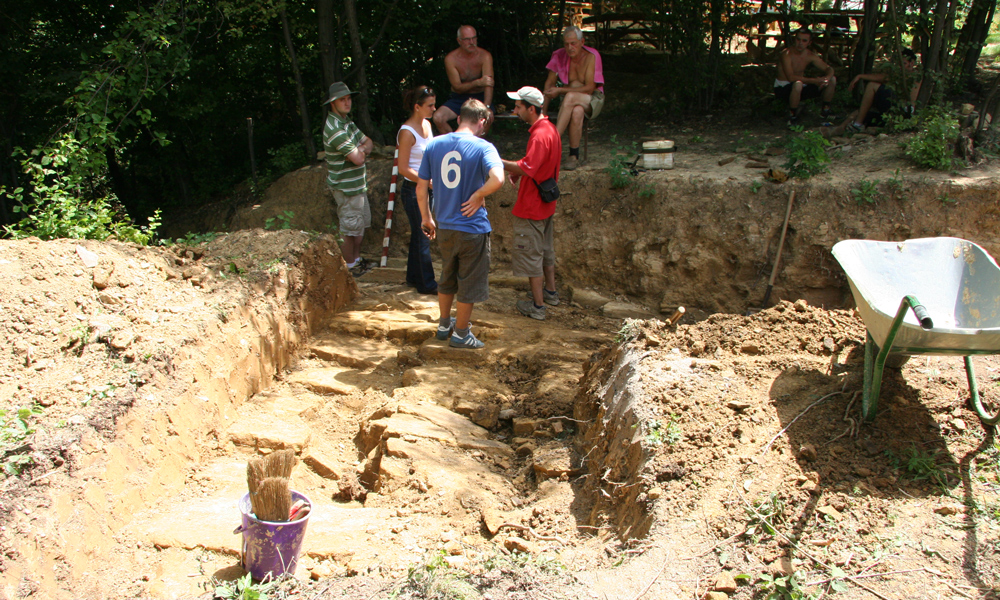 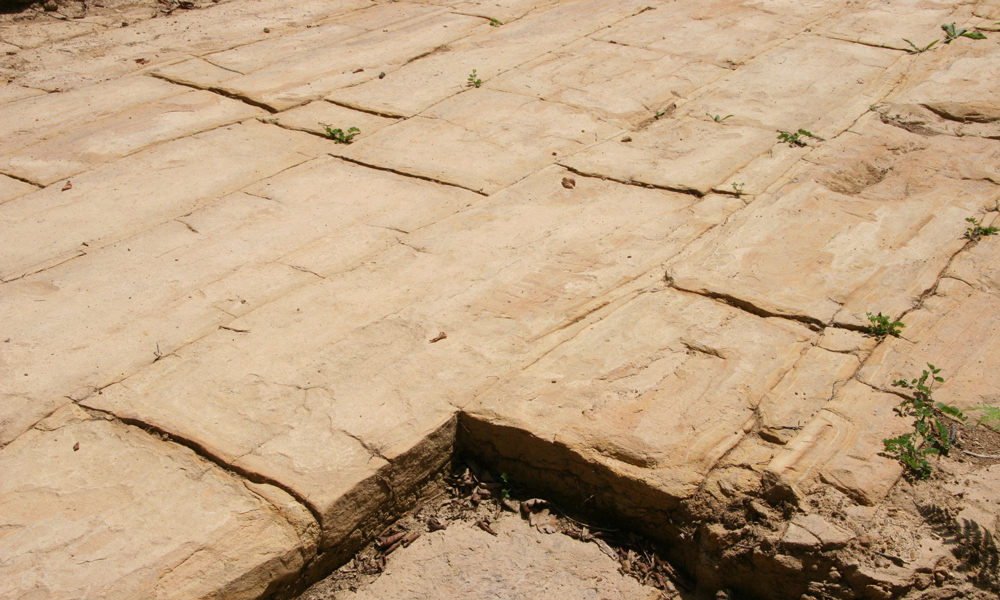 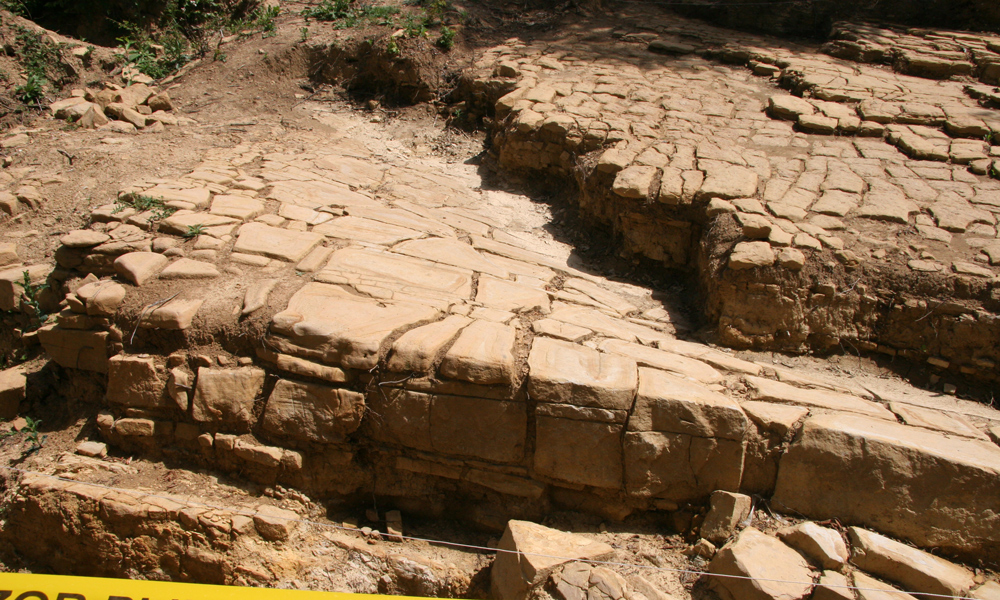 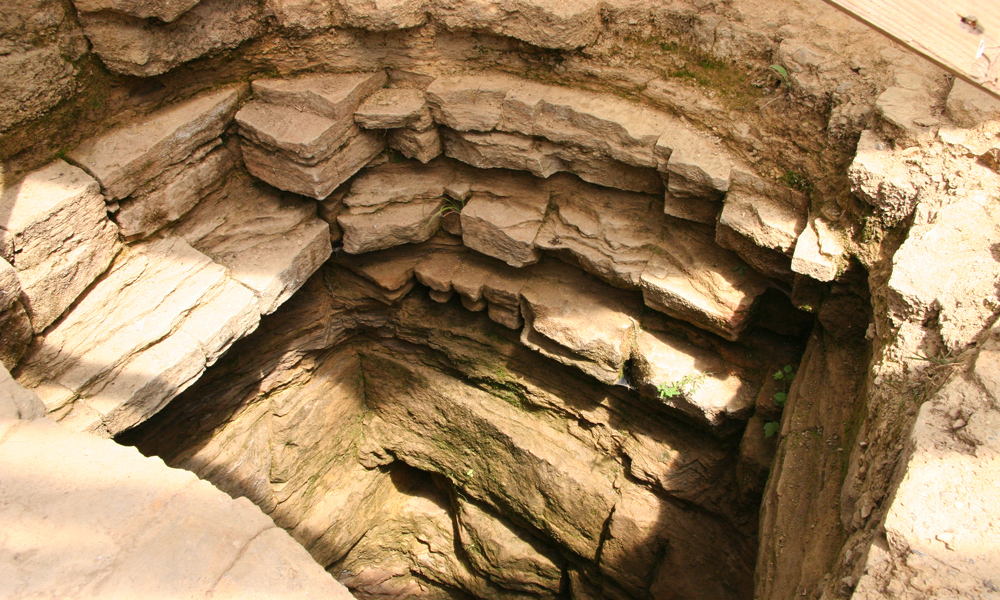 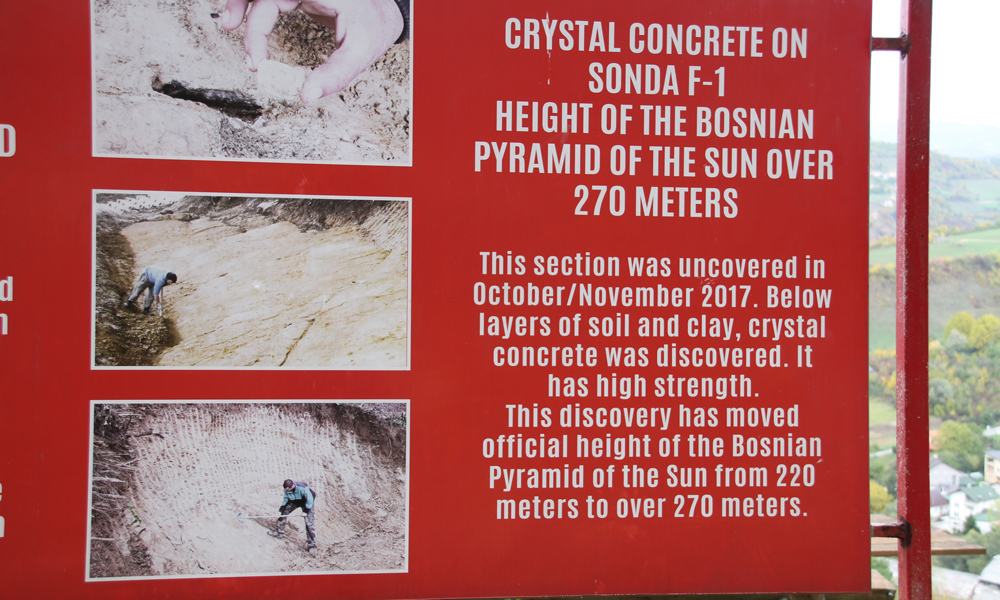 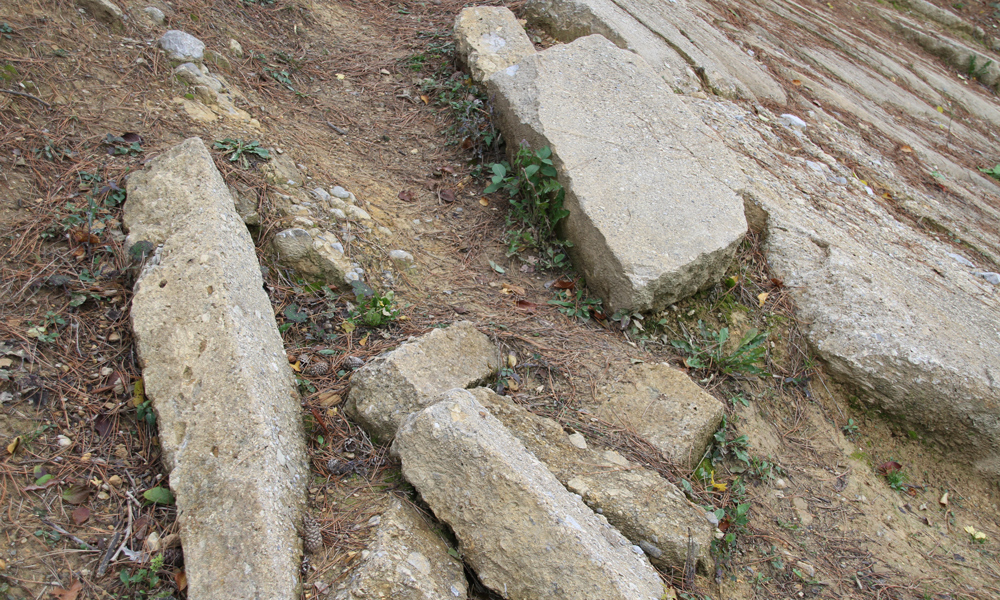 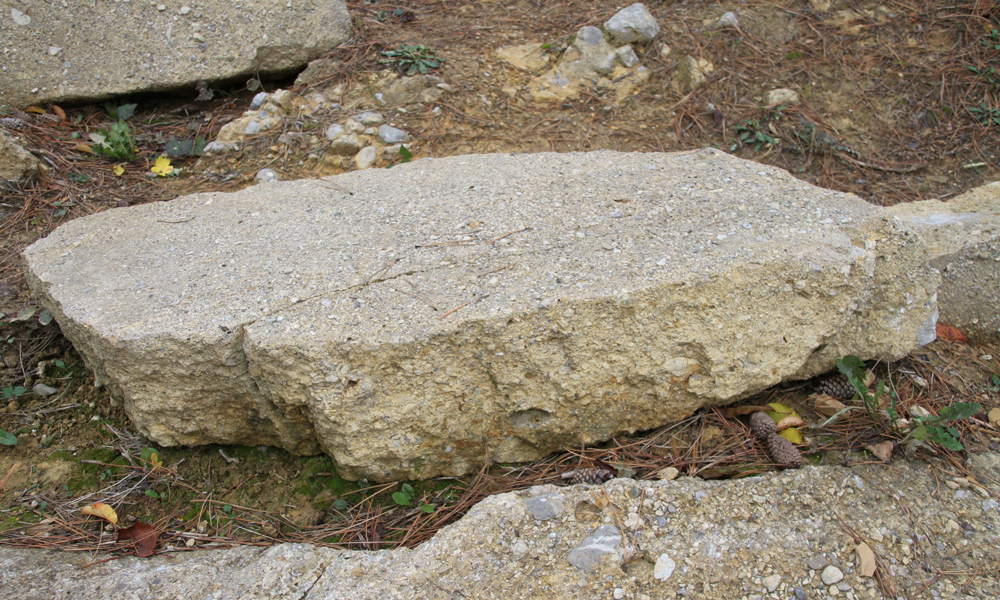 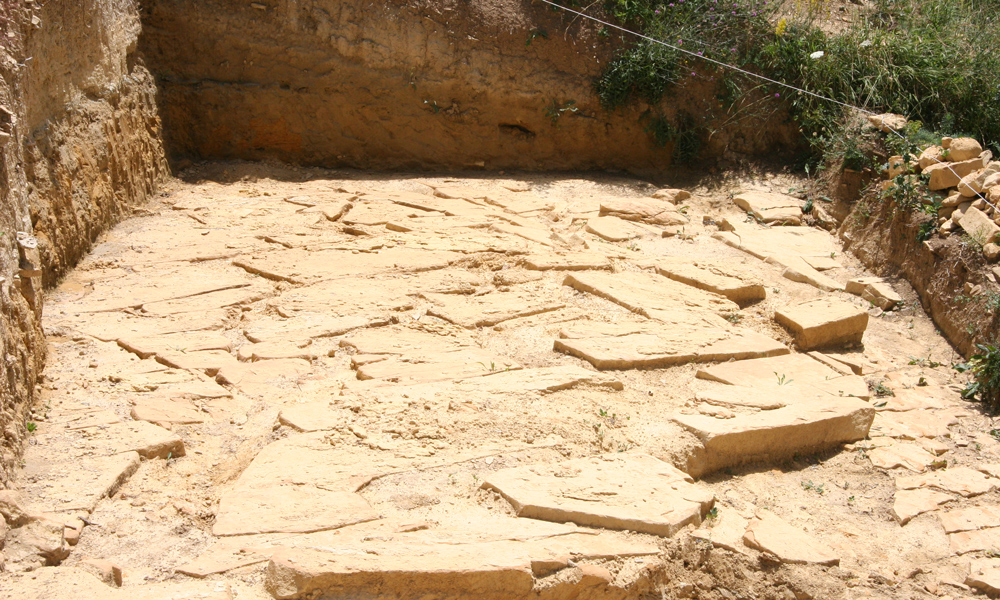 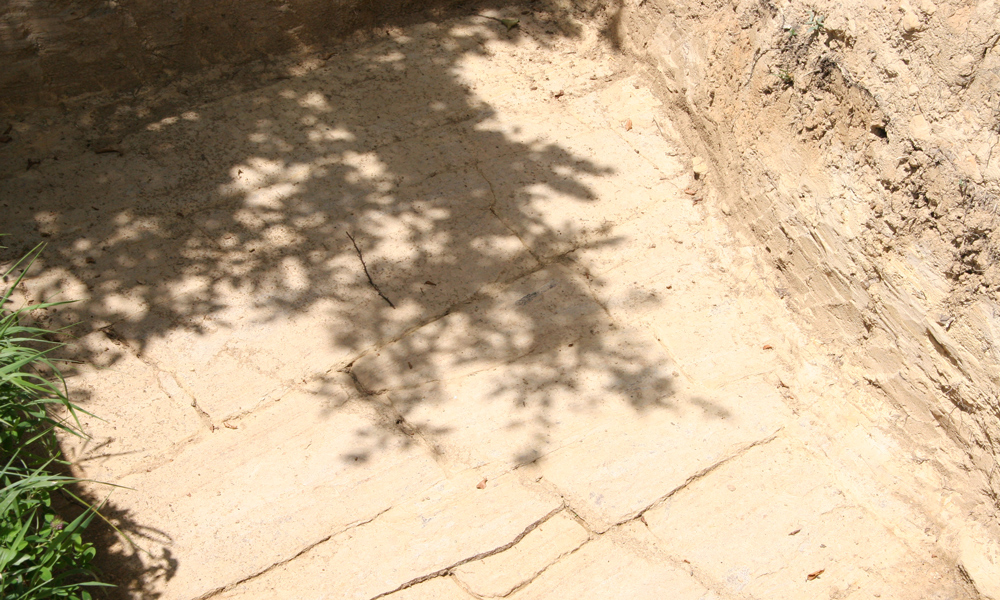 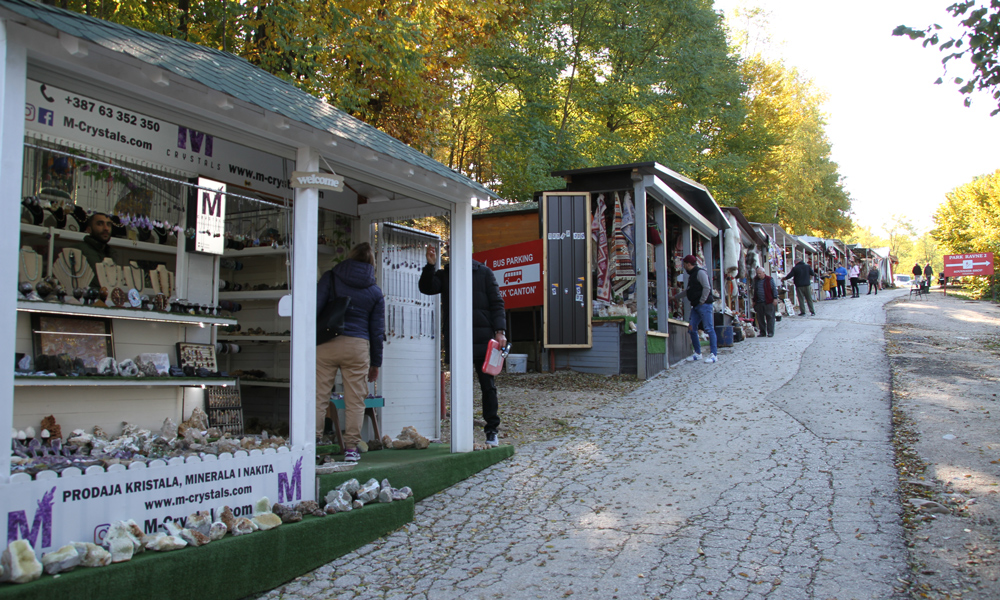 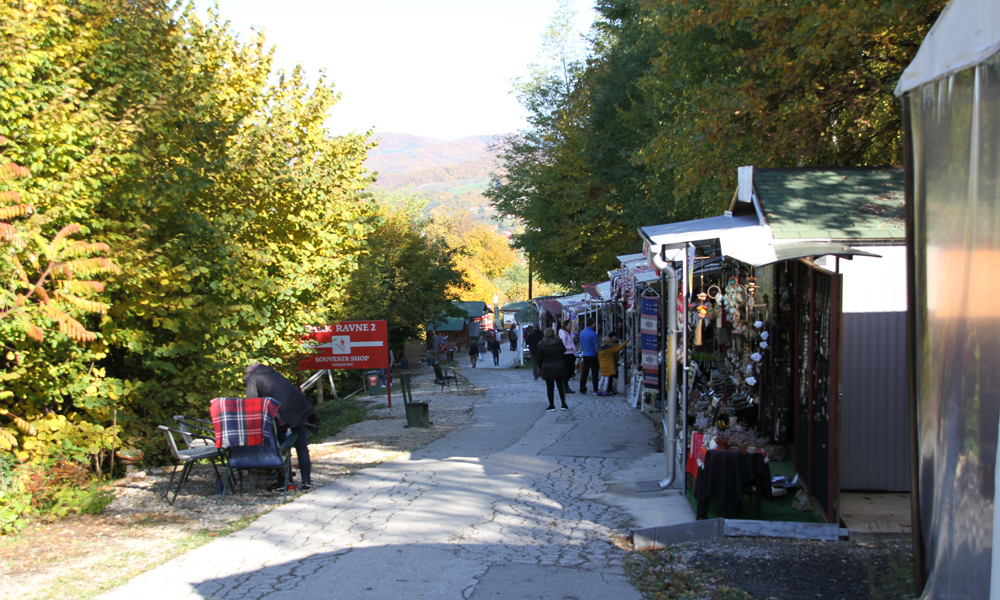 In Visoko: Bjarne Eikefjord
Caravan and Caravan magazine, No. 2 April 2022

Travel reports from abroad
Around the Bosnian town of Visoko, a short hour's drive from Sarajevo, are three high hills that look like the pyramids in Egypt. Square, triangular sides, which have almost exactly the same compass arrangement as the Giza pyramids: North-South, East-West. This prompted Semir Osmanagic, author, archaeologist and researcher, to start excavations in 2005, and here is what he found.

The Pyramid of Cheops in Egypt rises 147 meters into the air, but is still small compared to the Pyramid of the Moon at 190 meters in Visoko. Even higher is the Solpyramiden with its 220 metres. While the pyramids in Egypt are entirely built of stone, the pyramids in Visoko are built of earth covered with several layers of stone on the outside. Not quite unlike the pyramids found in South America. There are also remains of pyramids in Mesopotamia, Sudan, Nigeria and Greece. While the Egyptian pyramids are around 4000 years old, the ones found in Visoko are dated to be closer to 10.000 years old. And by far the largest pyramid structures in existence.

The discoveries of what Semir Osmanagic believes are pyramids in Visoko have not gone completely quietly. The allegations of historical cheating and fanfare have hailed from the established archaeological world. That has not prevented around 2000 volunteers from making an effort from 2005 until today.

The excavations have revealed enormous structures clad with precisely cut stone, of the same thickness throughout. In addition, several vertical shafts have been excavated on the Moon Pyramid, and several horizontal tunnels in the Sun Pyramid. Regardless of what one may think of pyramids or not, the structures that have been found represent materials and constructions that bear the stamp of having been built by humans, rather than being created by nature. Something the archaeological nomenclature has repeatedly claimed.

Just below the soil layer, the local archaeologists have found huge structures covered with stone slabs, usually in several layers. Entire roads have been excavated, lined with stone blocks that are individually adapted to each other and of roughly the same thickness. Corners are perpendicular, so are the sides. With the dimensions it all has, it means that here we can be faced with enormous constructions from a time when we have no other sources than what we find in the ground. From the last ice age around ten thousand years ago, the Balkans were populated by a people called Illyrians.

The researchers believe that they are a branch of the proto-Indo-European tribe, which prevailed in what is today Turkey, Iraq, Syria, Iran and further east some ten to twenty thousand years ago. A few hundred kilometers southeast of Visoko, dated traces of them have been found. The theories are therefore that those who may have built the pyramids in Visoko may belong to the same people group that is known to have lived in Stolac, a place along the inner main road midway between Mostar and Dubrovnik. There are hewn stones and other traces of people dating back around 10.000 years. As I said, these are theories, and there are no technological explanations for how they could have mastered the art of advanced construction.

Up on the pyramid itself, stone settings have been excavated. These consist of precisely fitted stones. Throughout, they have the same thickness, the sides are straight, but otherwise they are adapted much like the quarried slate garden slabs we use today. Up in the hill, there are a number of places that reveal this type of "outer cladding". In a couple of places there are shafts, where the corners are almost right-angled, and where the stones are laid precisely aligned. At the top we find several large areas, where larger stones are first laid on top of the soil layer itself, then some soil before the whole is covered with straight-cut "tiles" that are approx. 4 cm. thick. The interesting thing is that both what appears as shafts, floor surfaces and roads are approximately plumb and level.

During the excavations in 2017, one suddenly supported approx. 15 cm. thick concrete slabs. Yes, concrete slabs. How can that be? It is not known when the knowledge of making crystal concrete came to mankind. But elements of a cement-like binder have been found on the banks of the river Danube, dated to approx. year 5600 BC

We know that the Egyptians could make what is known as crystal concrete when they built the pyramids. The Greeks used it, as did the Romans when they built ancient Rome. Concrete elements are also found in Stolac, dating back to approx. 8500 BC In Visoko, the excavation shows that it appears that larger or smaller parts of the pyramids, under a layer of soil, are covered with either stone or concrete elements, the latter cast in a mold of exactly the same thickness and size.

At the foot of the Moon Pyramid, several sections have been excavated that appear as paved roads. The width is around three metres, the surface is horizontal. The road surface is finely hewn stone with approx. 10-15 cm. thickness, in some places with perpendicular corners and nicely adapted to each other. A long series of ancient kingdoms had partly well-developed roads. Around 5000 years ago, the wheel came into use for the transport of goods and people. The oldest dated description of a wheeled chariot (four wheels and two axles) is a primitive drawing on a ceramic vase from 3635–3370 BC, found in southern Poland. (Wikipedia) In the course of a couple of thousand years, the wheel was developed into solid spoked wheels, often used on tanks. The wagon in the Oseberg ship roughly shows how the wheels were from antiquity until the second millennium. These wheels have in common that they made very little wear on the surface in the form of wheel tracks.

Skeptical researchers have put forward an explanatory theory that the roads excavated in Visoko may be remnants of the so-called Roman roads, of which there are still remains in many places in Europe. What speaks against this theory is the absence of wheel tracks in the sandstone used in the paving. The Romans began to "shoe" the wheels of their chariots and other transport vehicles with iron fittings, and from there originate the deep wheel ruts we find in most cobbled Roman roads, some of which were in use for many hundreds of years right up to the Middle Ages. The fact that stone-paved roads in Visoko, and incidentally also around the pyramids in Giza, do not have this type of rut, indicates that these were built and used before the iron-shod wheels came around 2000 years ago. Despite the fact that these roads were in use for several thousand years.

What is so right, must history be rewritten?

The answer is: We don't know. Between 27.000 and 15.000 years ago, the Balkans were in their last ice age, and then Palaeolithic and Illyrian settlers arrived. The latter populated the area until around approx. 500 years BC and may have been the ones who made the pyramids. It is an undisputed fact that the sides of the pyramids are precisely north-south and east-west, in fact with even greater precision than the Giza pyramids in Egypt. In the same way that no one has been able to explain how the Egyptians built their pyramids, there is also no explanation of how the Illyrians had the knowledge and expertise to build even larger pyramids.

Geologists claim that the hill's pyramidal shape and the regularly shaped boulders are explained by the fact that seven million years ago it formed the bottom of a lake. Later, geological forces lifted the sedimented bottom up into what today appears as a somewhat unusual ridge. The archaeologists consider that these could be the remains of a necropolis they have been looking for for a long time, and/or the remains of a vanished city mentioned in Byzantine texts. They fear that current excavations could destroy it all, and have tried to stop the activity, but so far without success. On the other hand, the silent witnesses, concrete blocks, stone settings in several layers on top of each other, and precisely straight, geometric horizontal and vertical lines on the structures, convey the message that humans and not nature itself have been at work here.

These relatively new pyramids (new pyramids are constantly being discovered around the world) open up many new questions about the history of mankind. Not least, it opens up a collective reassessment of how "advanced" humanity was before. Human history may be more extensive than previously thought. This also includes legends such as the existence of ancient civilizations such as Atlantis and Lemuria. Included in the picture is also the fact that some alternative groups believe that the "power of the pyramids" has healing and health effects, and inside the main tunnel there are separate rooms for contemplation and religious activities. It does not help to embody the purely physical discoveries made in Visoko after all.

The Pyramids of Visoko have grown to become a significant tourist attraction in Bosnia. A separate pyramid center has been established. From there, there are now guided tours through part of the tunnel facility once an hour. You can choose between Bosnian, German and English languages. In the months of July, August and September 2021 alone, more than 100.000 visitors were registered, the guides informed BoCM. New this year is a huge car park with plenty of space for even the largest camping vehicles. Everything is paved and well organised. Along the road between the entrance and the car park, the sales stalls are also close together. At least the souvenirs here are genuine, produced from local crystal rocks, wood carving and craftsmanship. Anyway, the place is exciting to visit, and then everyone gets to make up their own mind about what has been discovered.