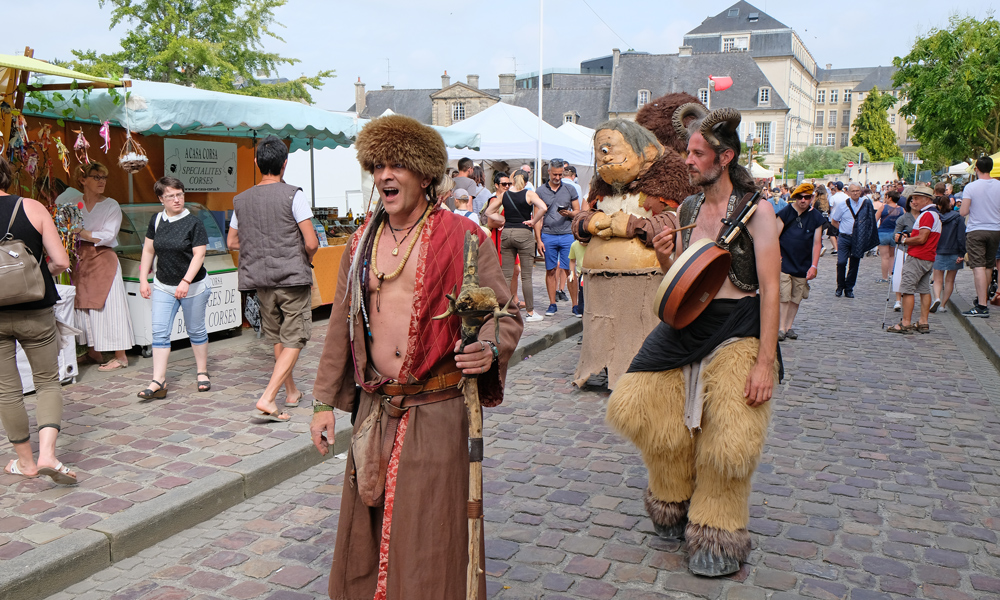 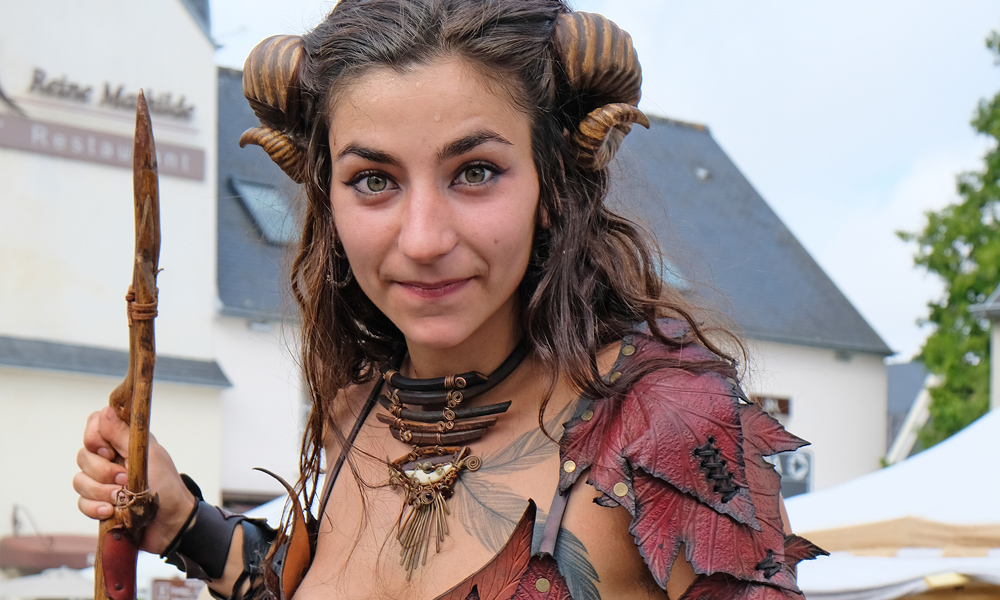 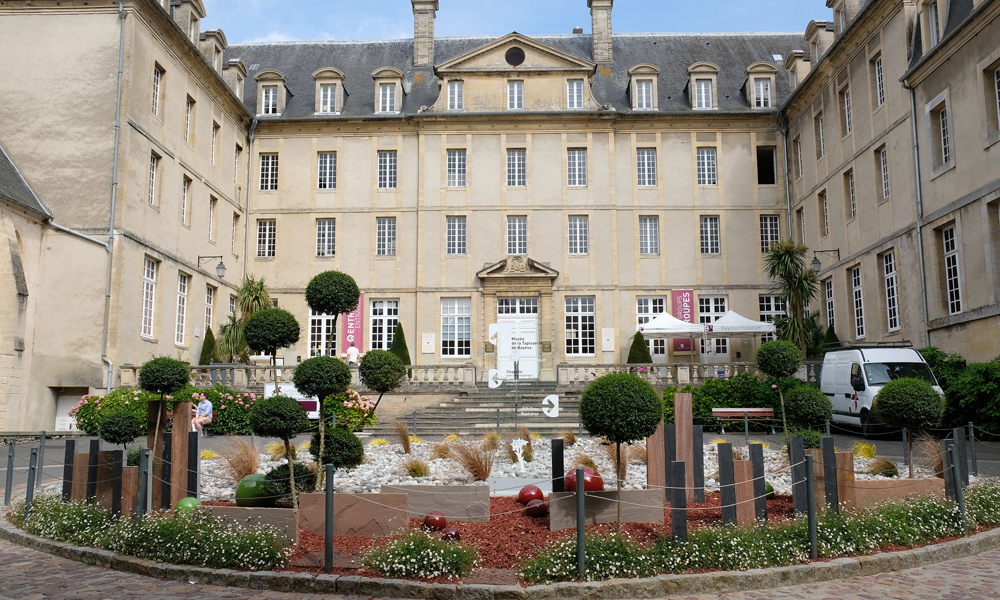 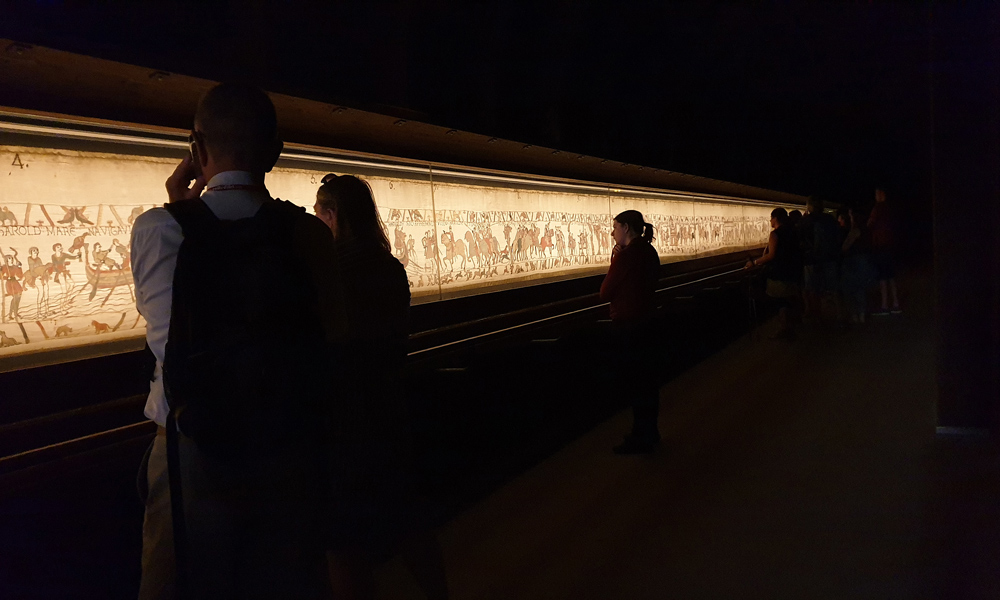 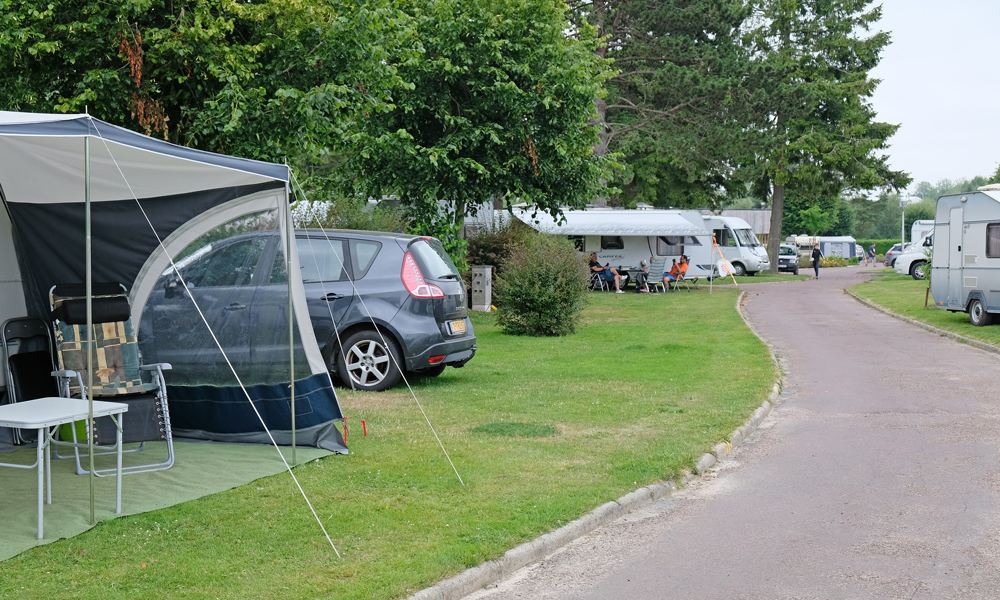 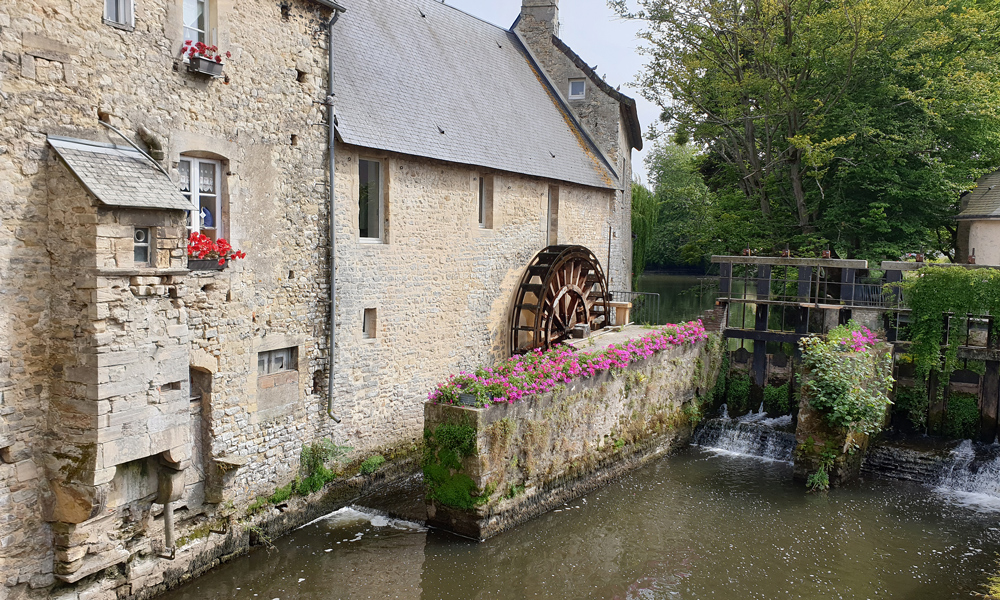 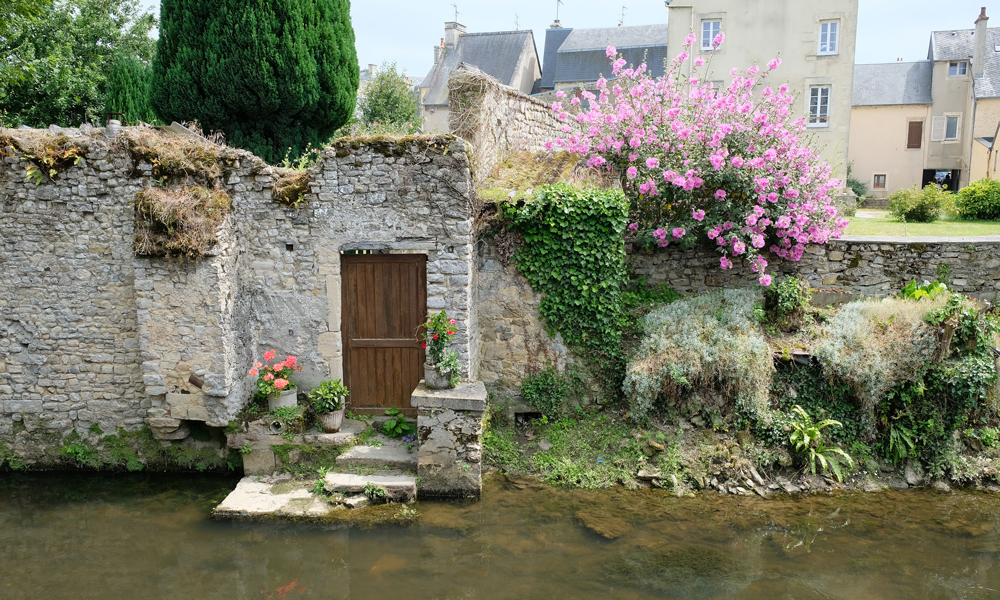 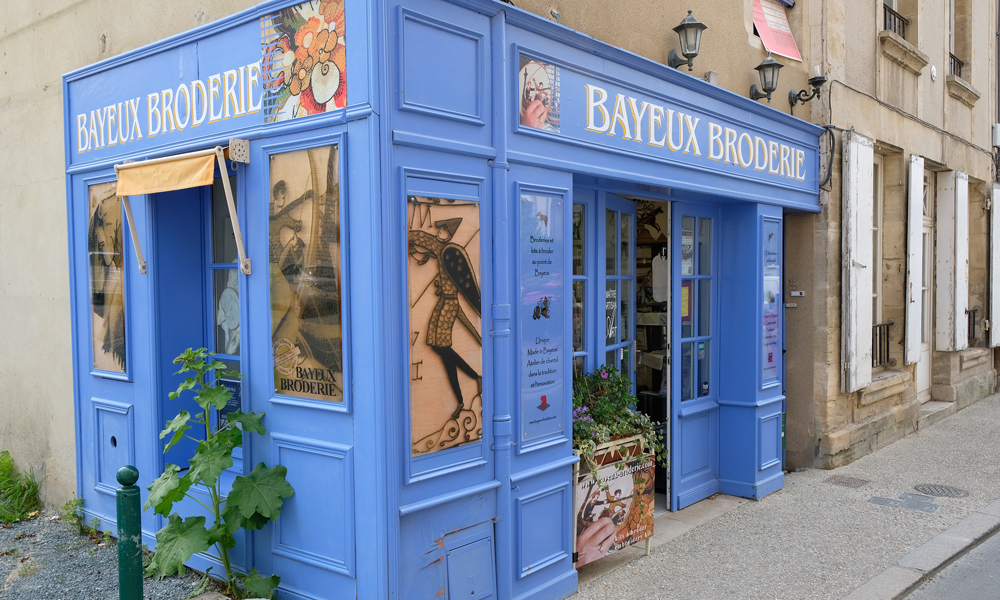 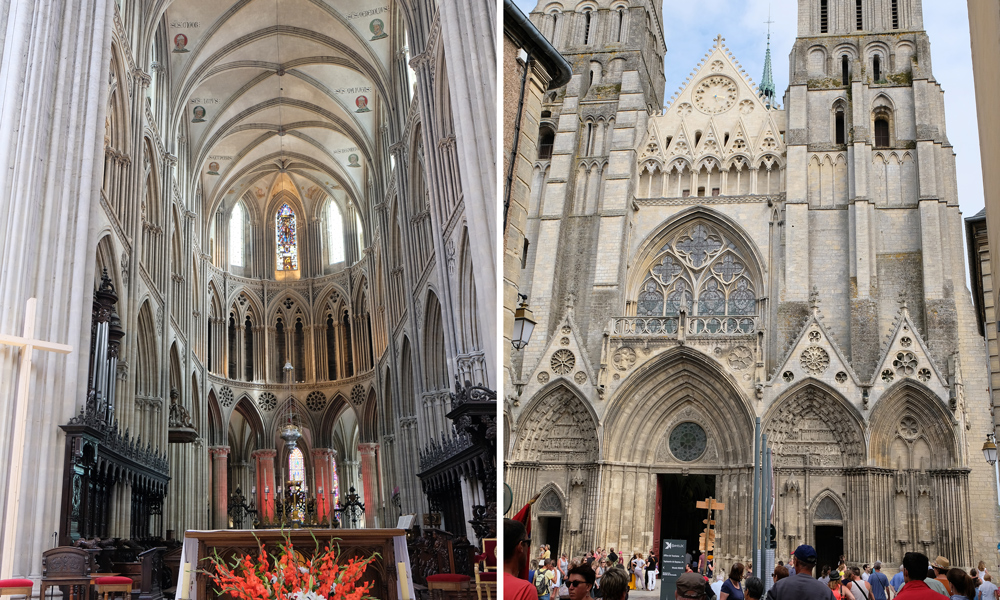 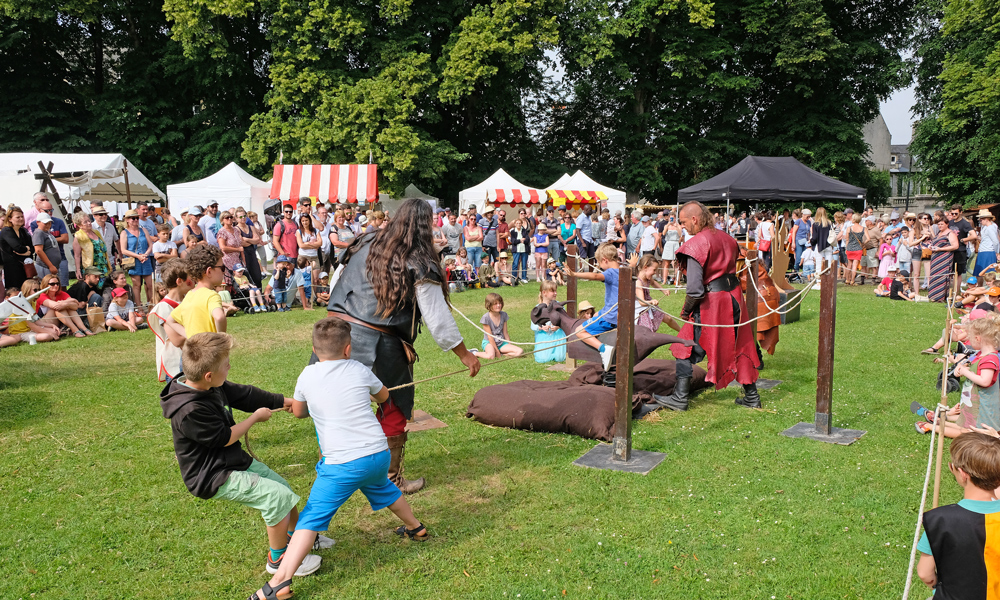 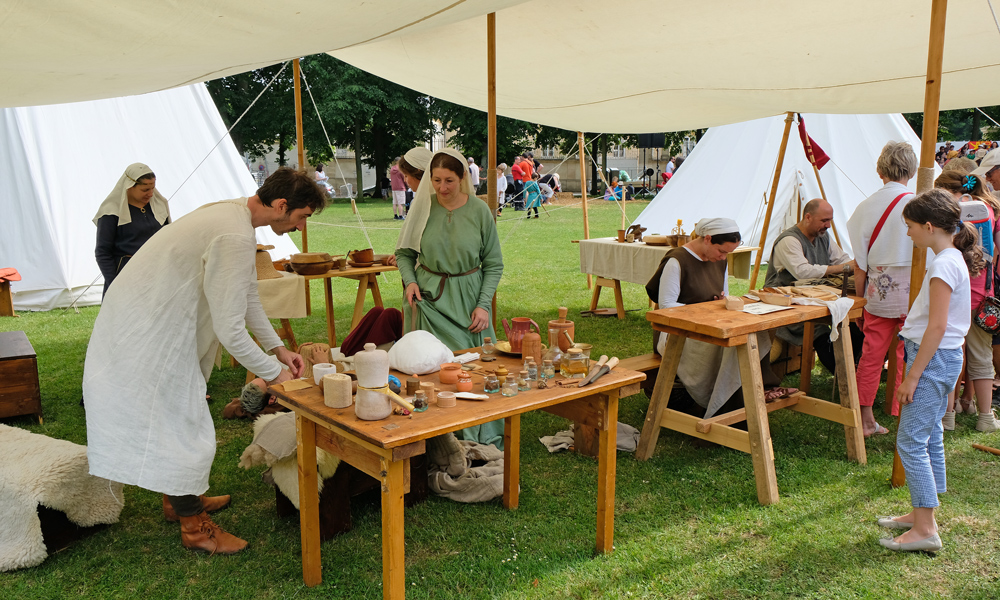 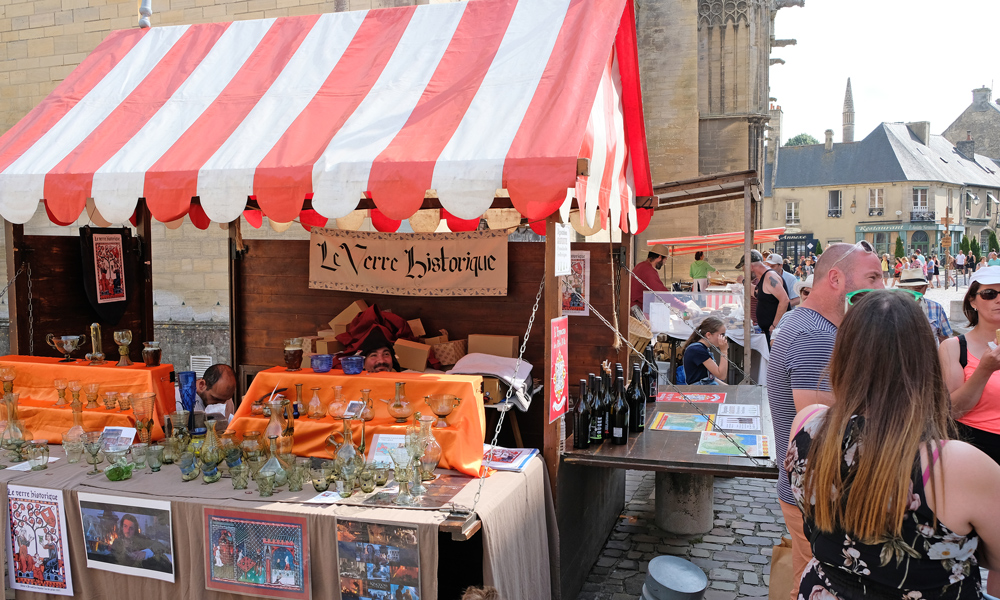 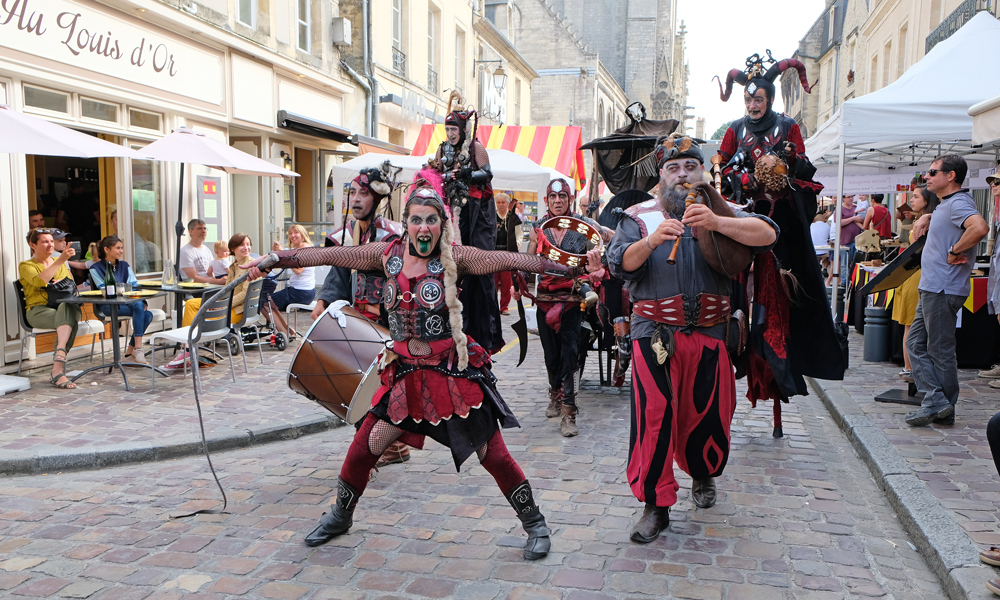 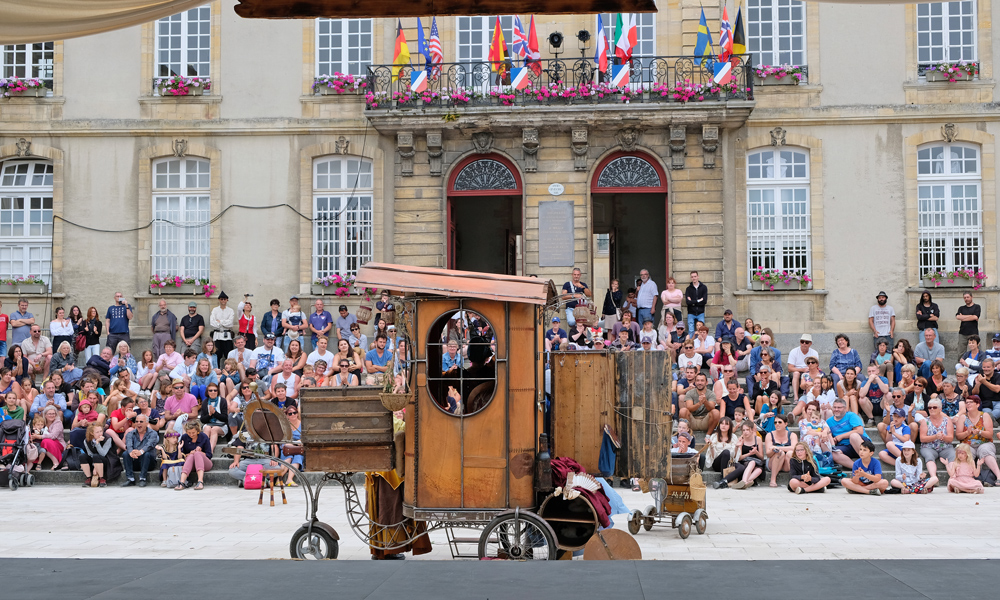 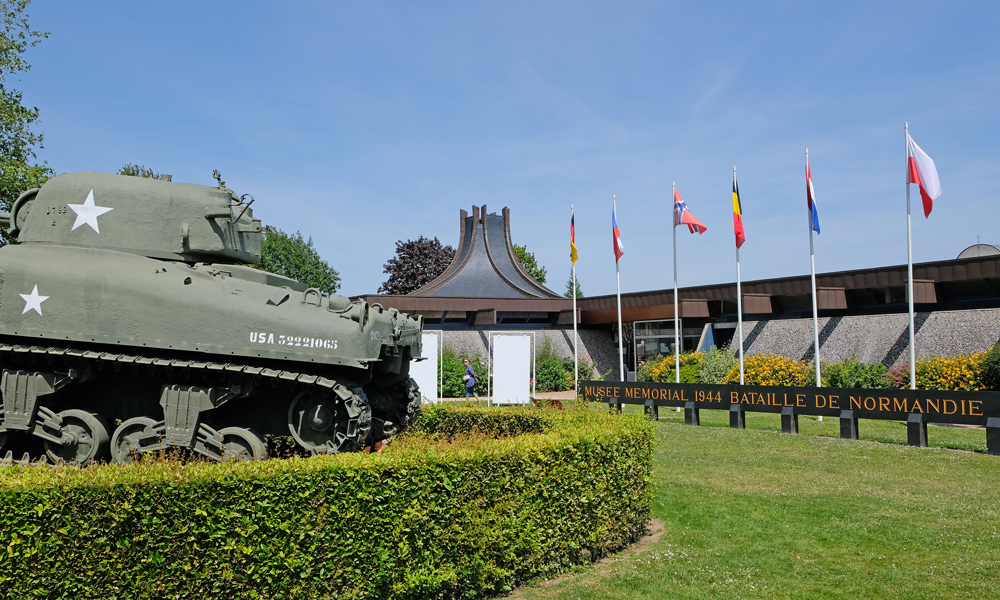 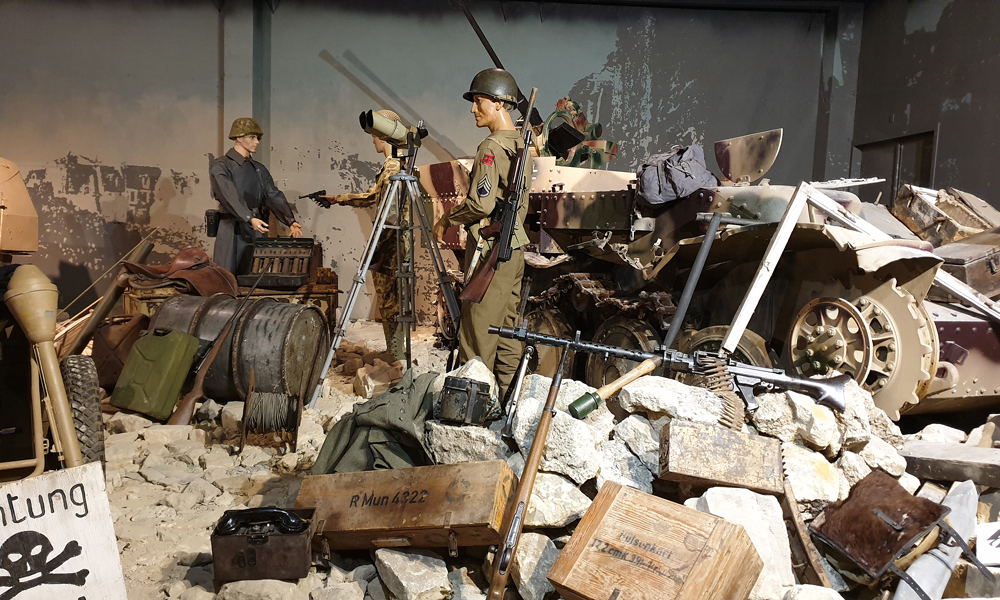 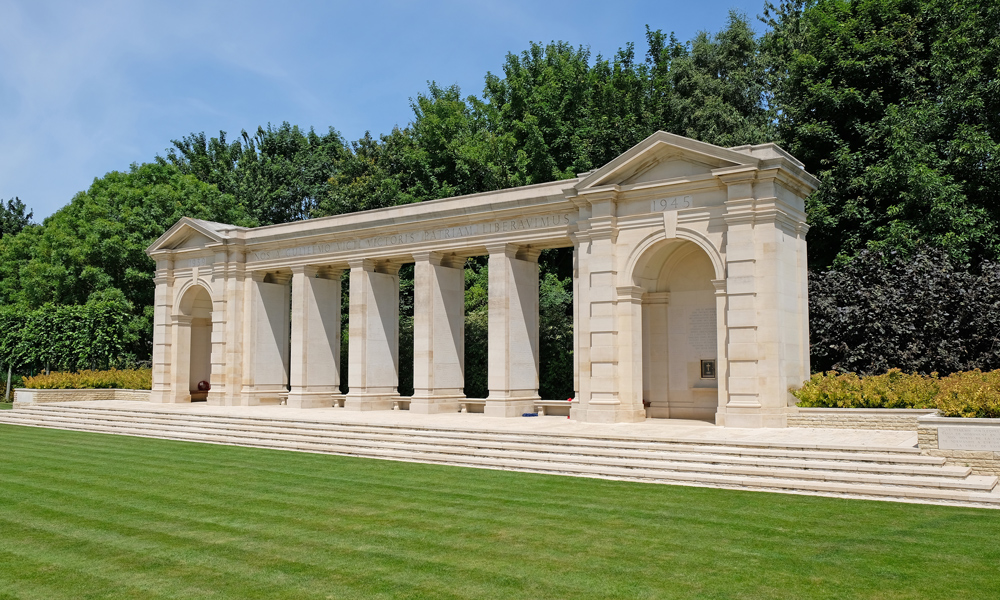 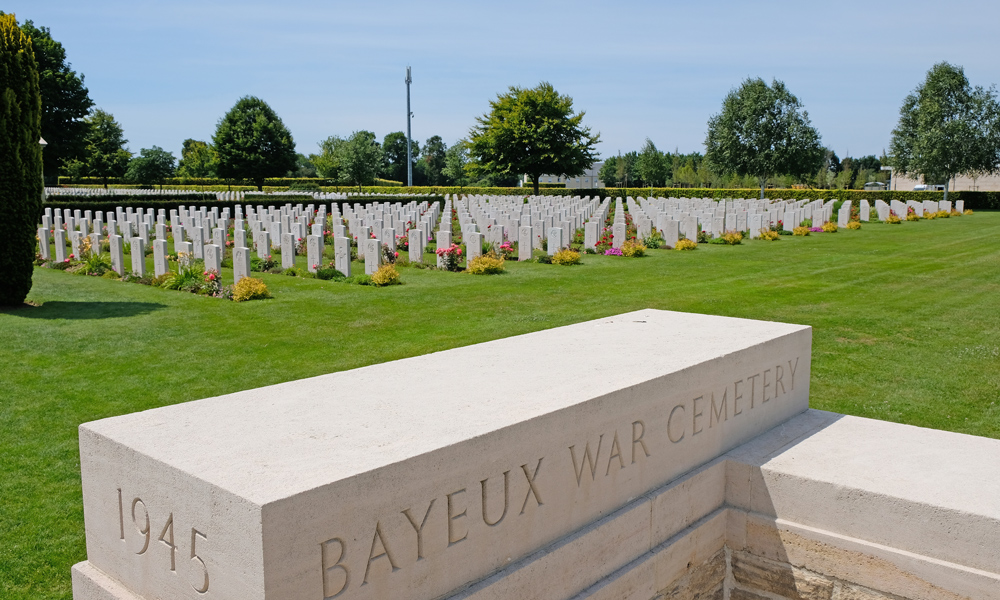 The carpet, the flowers, the history of war and the Middle Ages: The city that survived the Second World War

Travel reports from abroad
Bayeux is known for so much. From recent history, the city is known as the first city to be liberated in 1944. That's why it wasn't bombed to pieces either, but the war memories overwhelm you and we plunged straight into an older medieval history.

We were met with market stalls, costumed residents, artists and merchants from the Middle Ages. The old town of Bayeux buzzed with life in the streets around the spectacular cathedral. It was a medieval festival. As it always is the first weekend in July. But it was the carpet that had drawn us to Bayeux.

Tapisserie de Bayeux) or Queen Mathilde's tapestry, as it is also called, is a 70 meter long embroidery made around 1070. The tapestry is in linen and is embroidered by several people with different skills and techniques. It is 50 cm wide and tells the story of how the Duke of Normandy defeated Harald II at the Battle of Hastings in 1066 and became King of England. He was then named Wilhelm the Conqueror. The embroidery was made to tell ordinary people, who often could not read, the "true" story as the person in power saw it. It is undoubtedly made for propaganda purposes. In 1886, a full-size copy was made, which hangs in the museum in Reading, England.

The municipal campsite is located less than a kilometer from the historic center of Bayeux. We looked into it and got one of the last places. We arrived in the afternoon so we didn't really expect anything different at the beginning of July. Camping Municipal Des Bords de l'Aure has three stars and deserves all three. You have access to a swimming pool in the newly renovated municipal swimming pool next door. Access there was included in the overnight price at the campsite. The square also has playgrounds, good service buildings and good pitches of varying sizes for both caravans, tents and mobile homes. The campsite is open from April to October.

In the middle of the Middle Ages

We quickly jumped on the bikes to see the city before dinner. A few steps later we were in the center. We cycled through beautiful parkland the whole way. Here you can just as easily walk so that you can fully enjoy the park. The floral display at the houses along the walkway was also lovely.

The city center was pulsating with activity and we were later told that we had coincidentally stumbled on the very weekend the medieval festival was being held in the city. It is a regular event on the first weekend in July and has been for many years.

The first thing you see are people (permanent residents?) dressed in traditional clothes. There are trade stalls. They don't all have the same medieval theme, but they help to create the atmosphere. In the streets around the cathedral it is very lively and actors in imaginative costumes do their best to create atmosphere in their often fairy tale-like costumes. Was it a seductive elf peering down at me? The musicians played traditional melodies and imaginative troll figures wandered around.

Our Lady Cathedral - or Notre-Dame as it is often called in French. There has been a church here for hundreds of years. The current cathedral was consecrated in 1077. It suffered extensive damage in the 1100th century and was rehabilitated in Gothic style. Parts of the cathedral were not completed until the 1800th century. For most, the cathedral will look impressive anyway. But if you are not an architecture geek, you should still take a trip down into the crypt and look at the frescoes with, among other things, the singing angels.

Normandy was hit hard during the Second World War. Not least during the liberation in 1944. However, Bayeux was the first major city to be liberated. D-Day probably came so suddenly on the German occupying power that it did not have time to resist so early. Thus, there was no significant damage here either. The center of Bayeux therefore appears as it was before the war. This is how the town differs greatly from other towns in Normandy. On the outskirts of the city there is a war museum with displays of equipment used by the warring parties. It gives a strong impression of the military activity.

Almost next door to the war museum, we find the huge war cemetery with a memorial and 5000 identical tombstones. This is a place where you automatically lower your voice and imagine the horrors of war. When traveling from Bayeux it might be a good idea to drive straight to the English Channel coast and see the beaches from the invasion days. Traces of history can be found everywhere in the form of roads named after military units, commemorative plaques, memorials and several cemeteries. You will certainly not remain untouched.