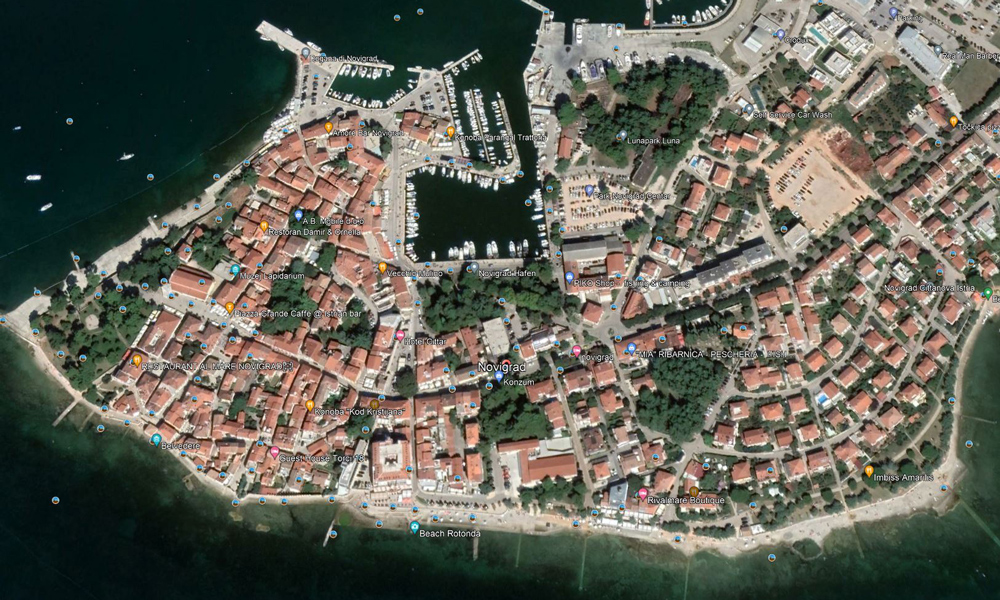 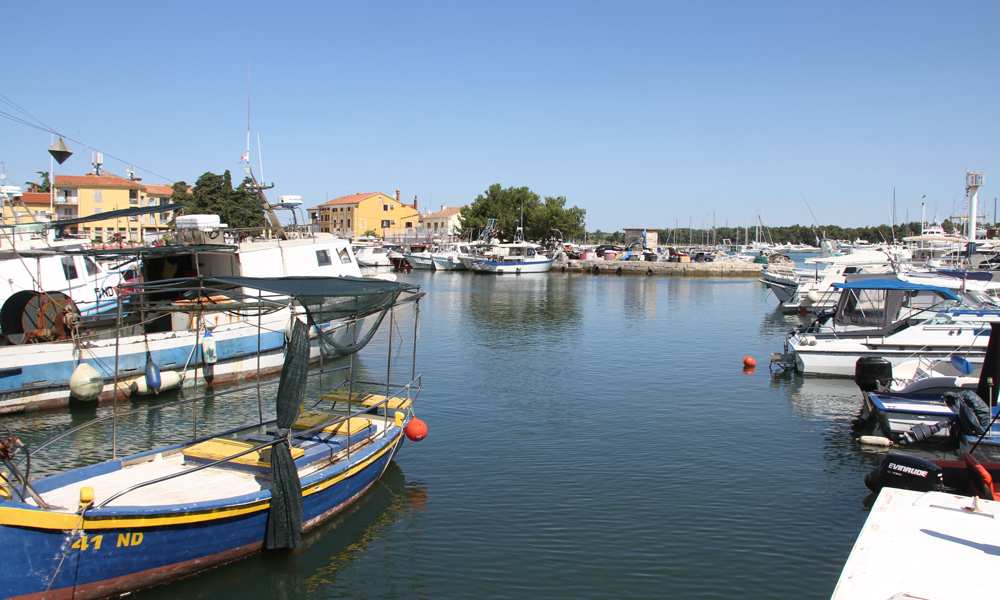 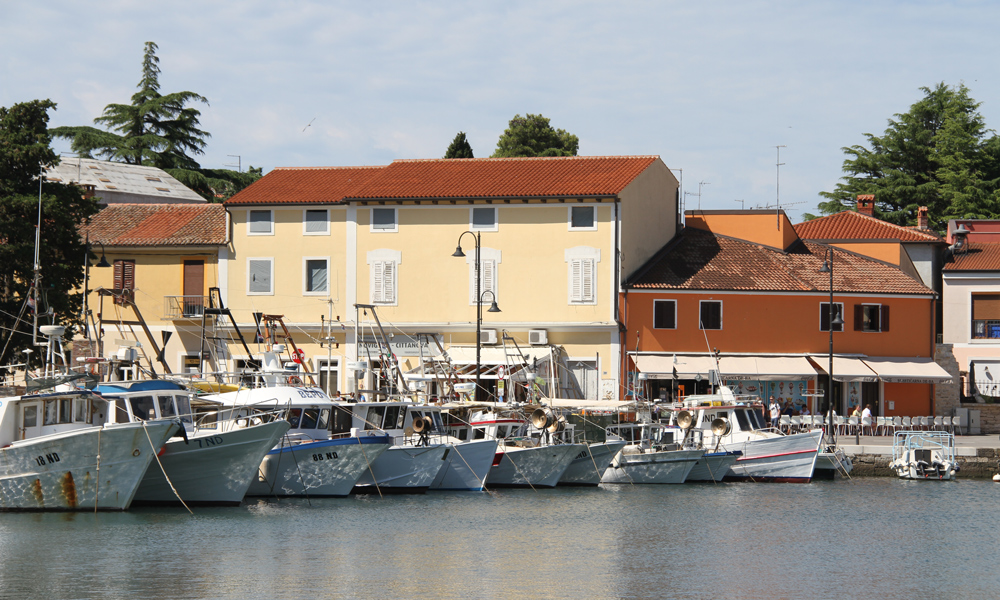 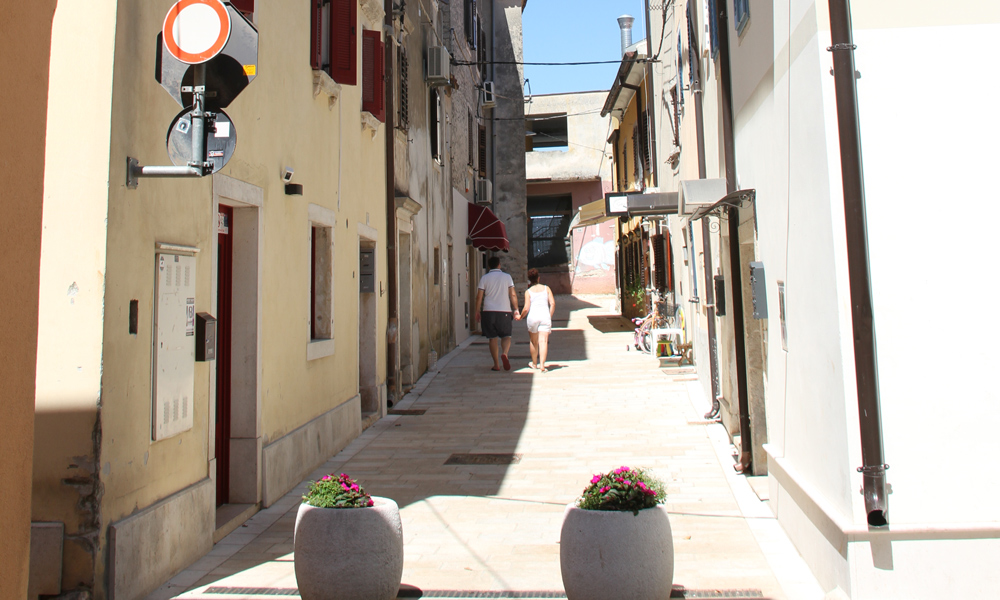 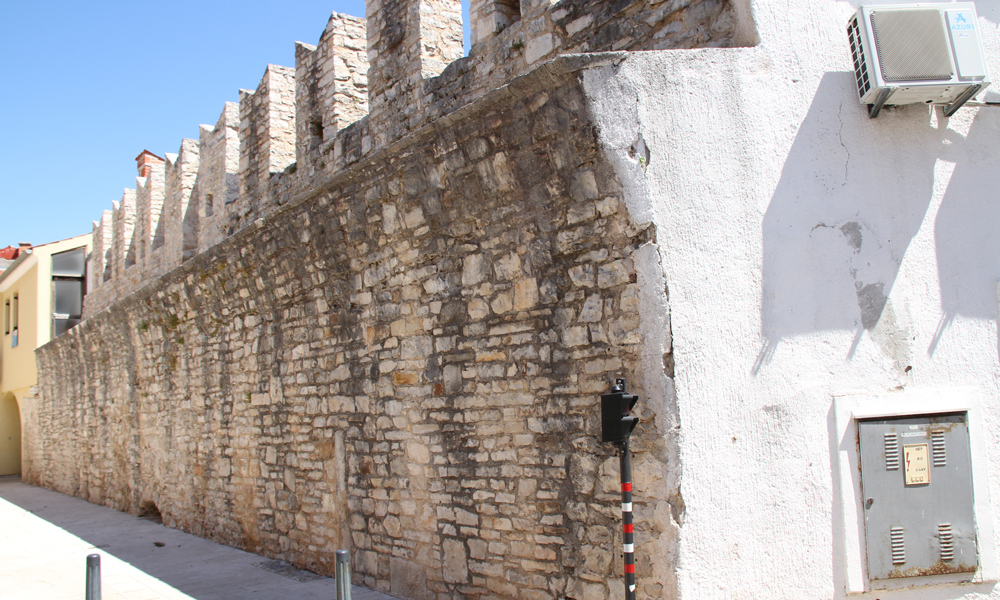 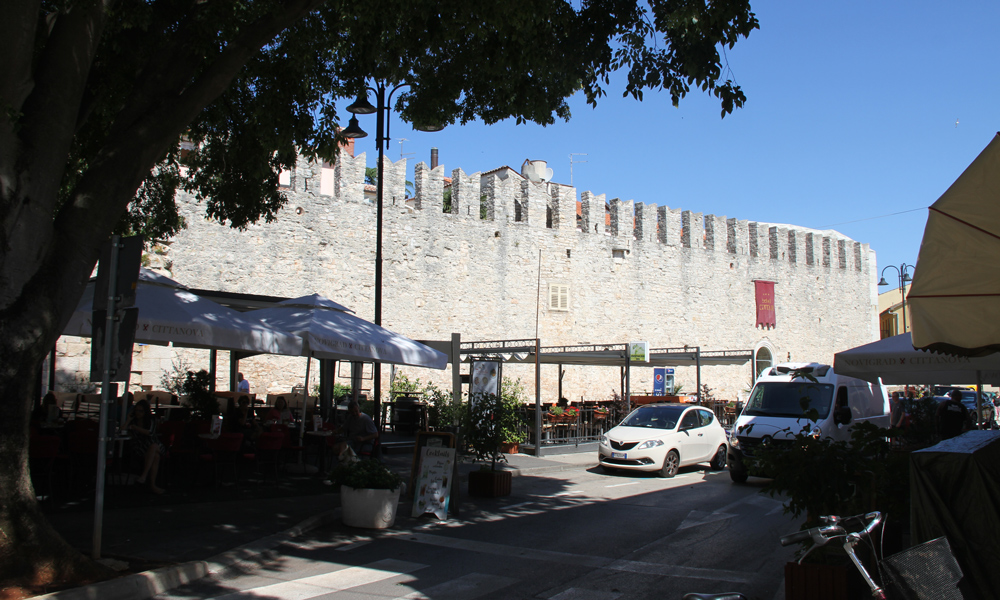 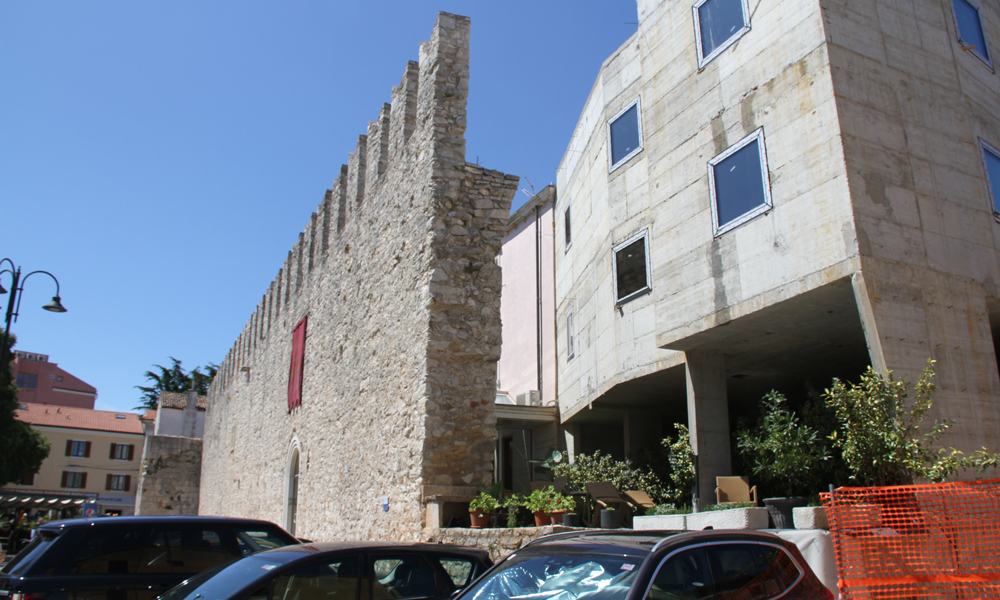 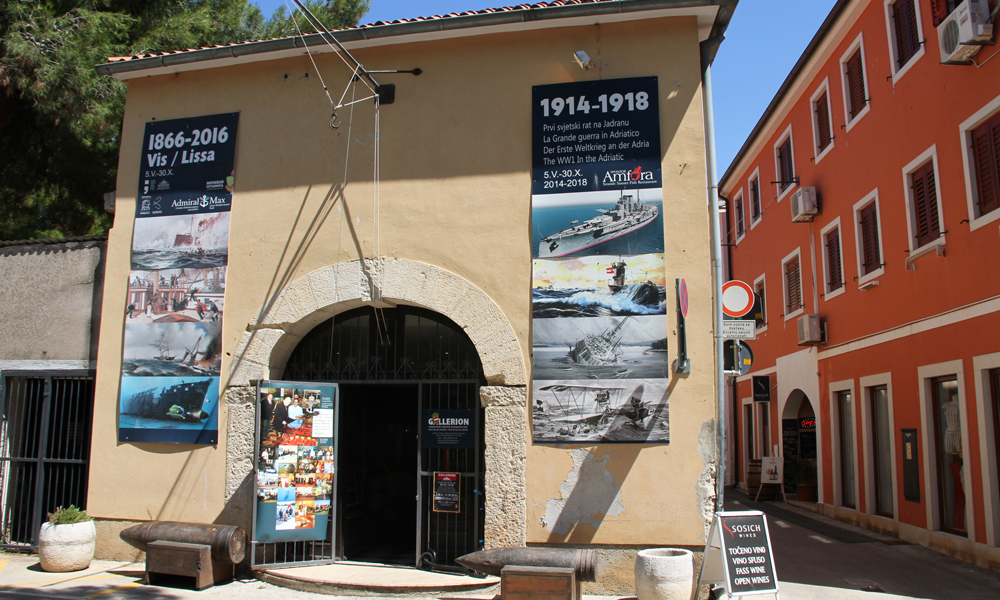 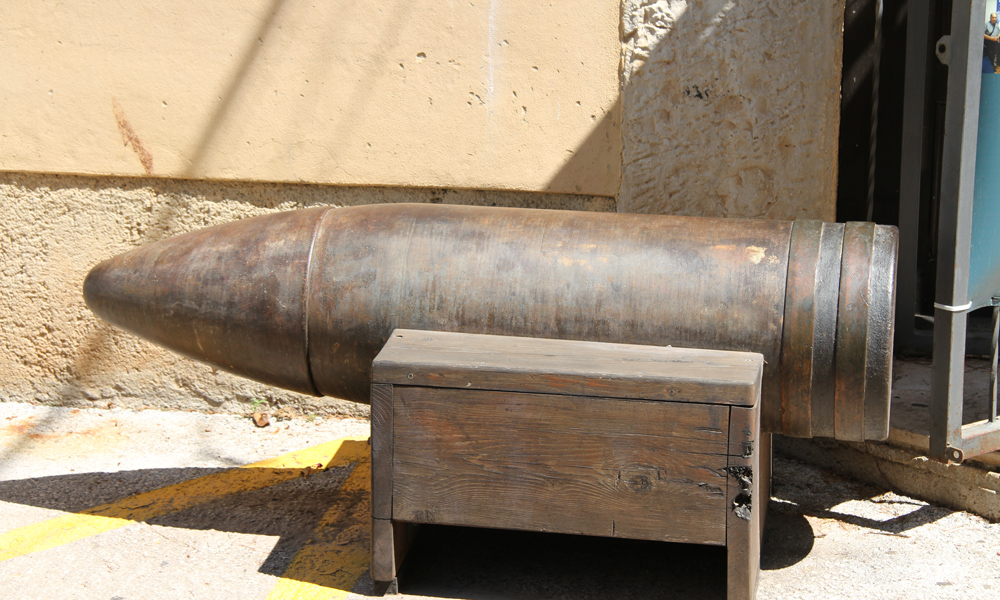 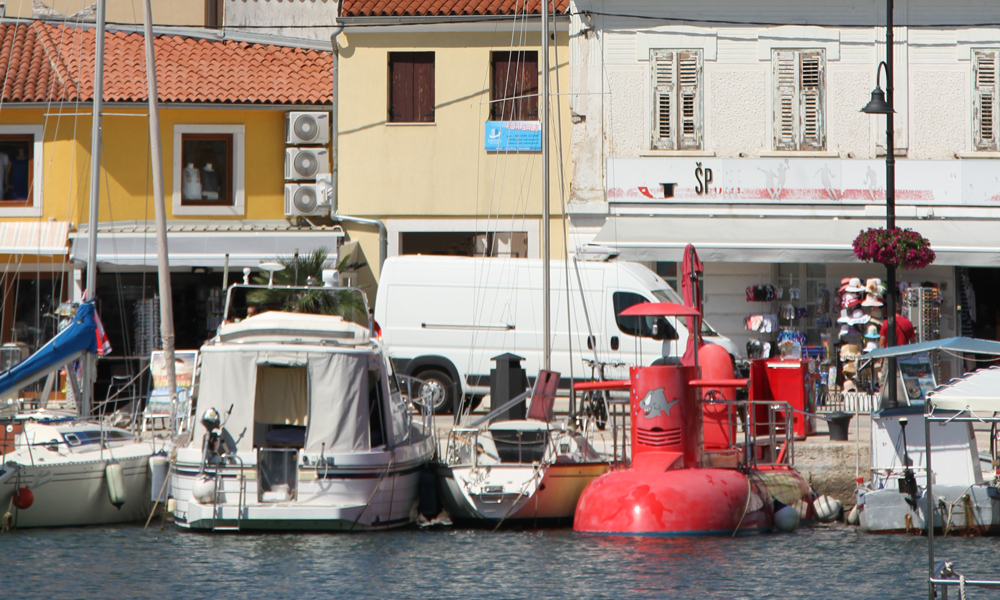 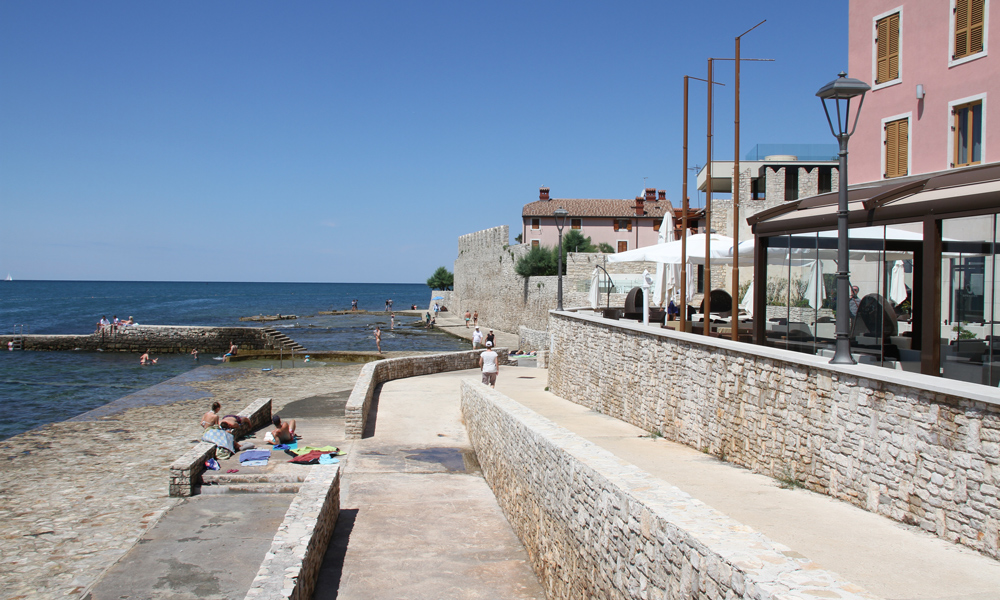 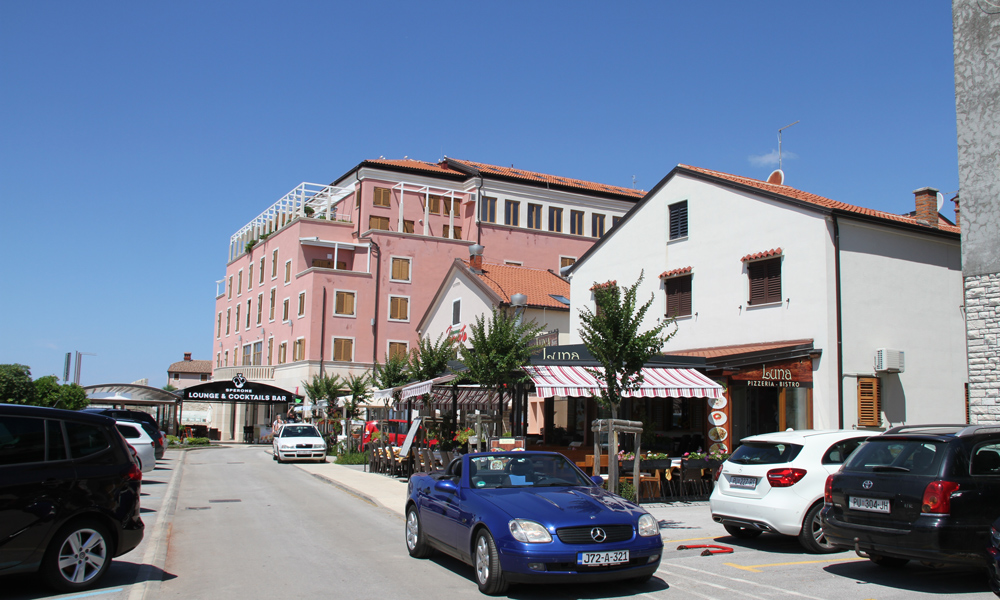 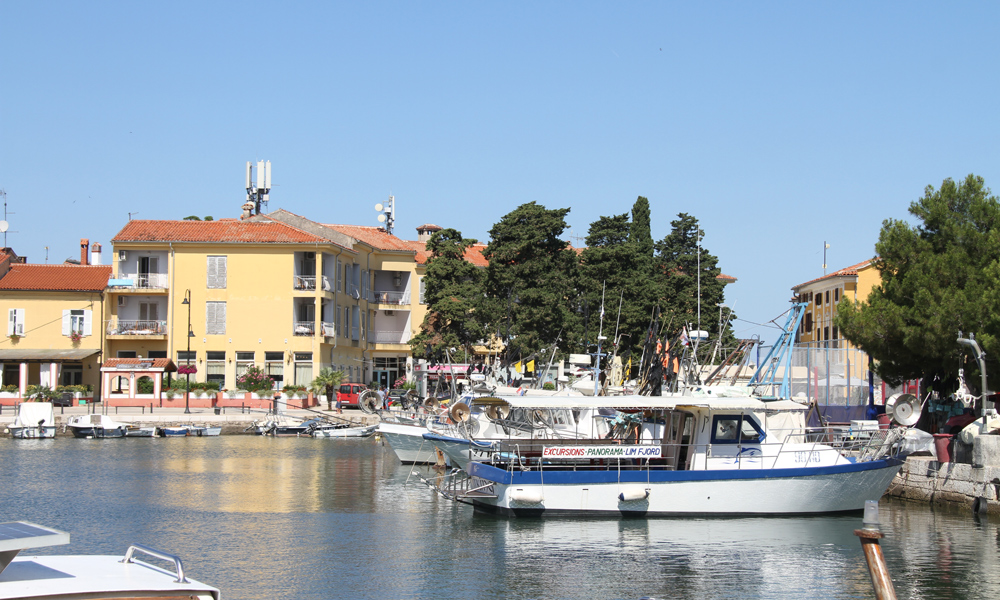 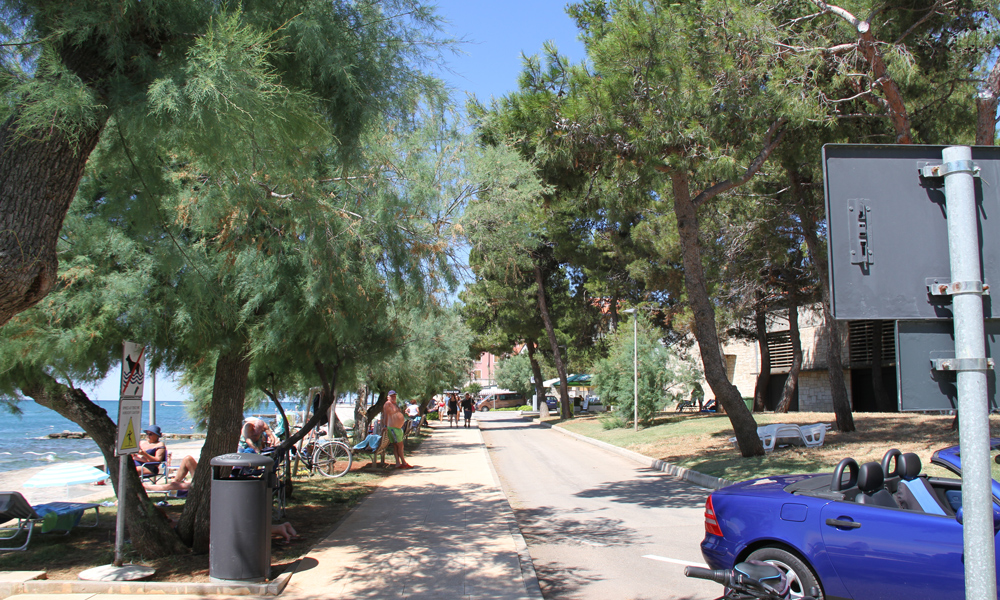 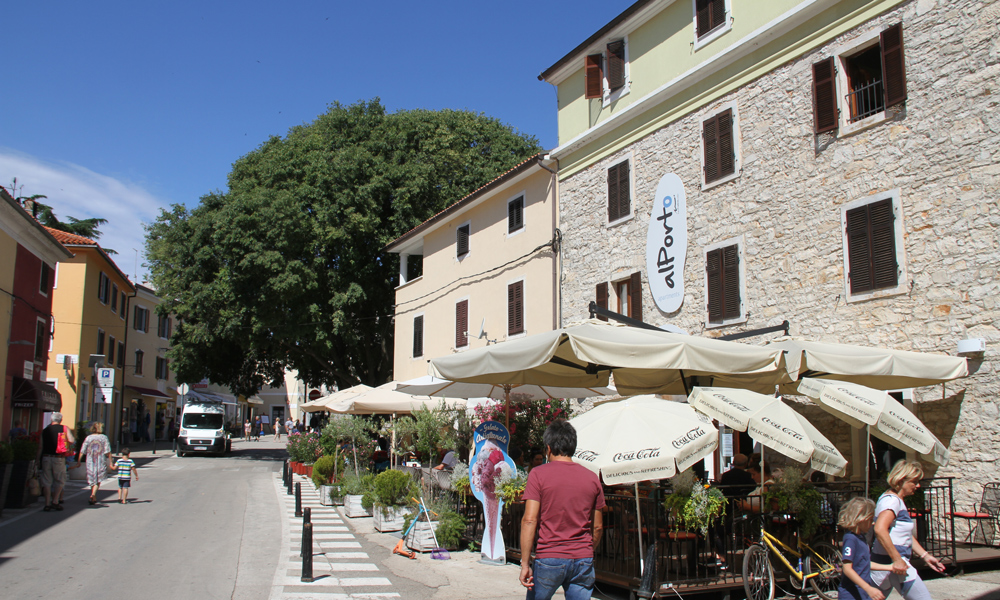 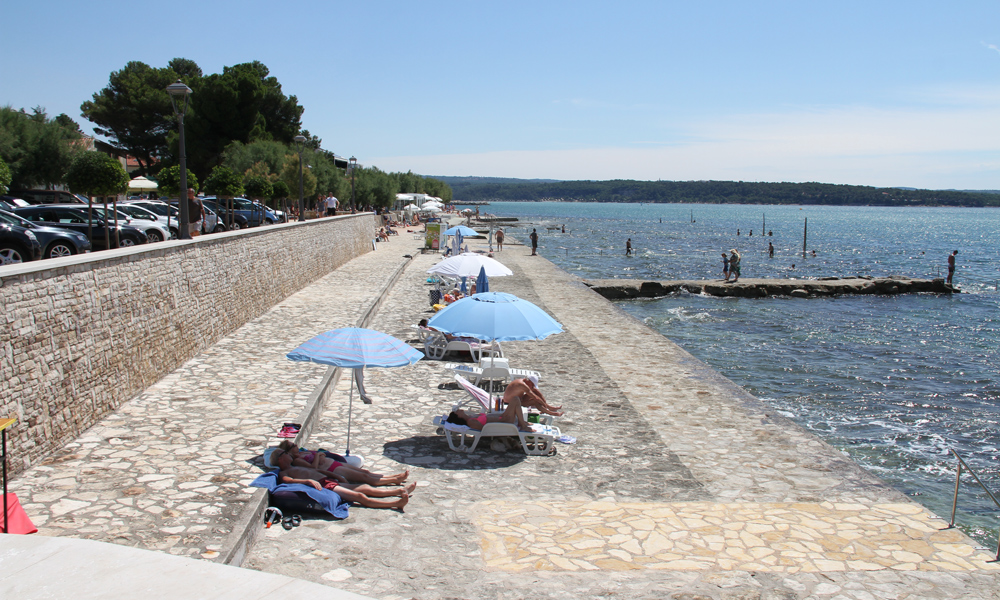 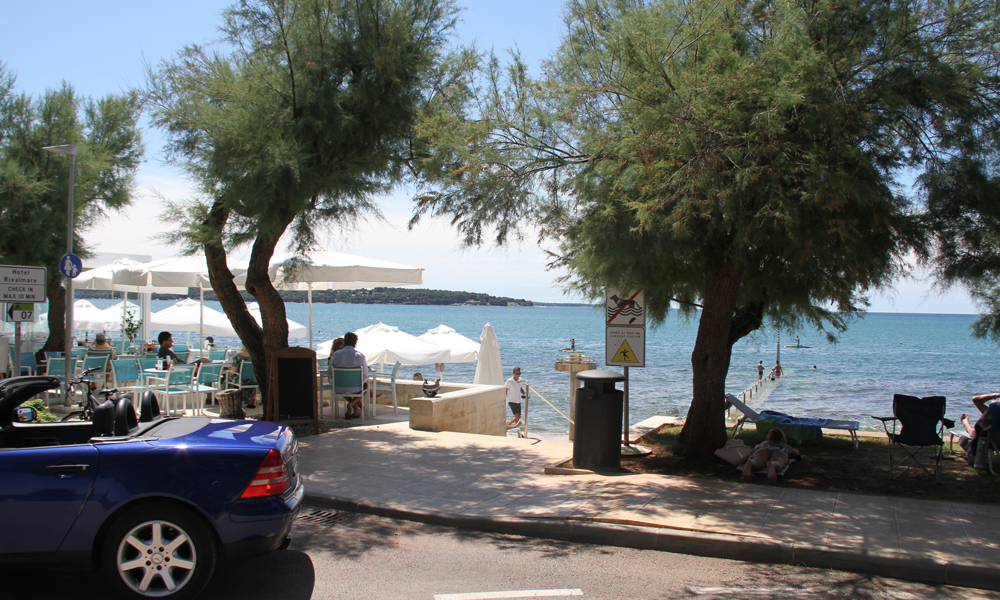 In Novigrad: Bjarne Eikefjord
Caravan and Caravan magazine, No. 3 June 2022

Travel reports from abroad
A short half-hour's drive from the border with Slovenia, we find the fishing village of Novigrad on the Istrian peninsula, which since 1946 has belonged to Croatia. With roots dating back to Roman times a couple of thousand years ago, the city has preserved its distinctive character and appears today as a small tourist oasis well worth a visit.

Novigrad means "the new city", but there is a lot of old culture and history that opens up on the way in towards a large car park right by the fishing boat harbour, and about as far in the center as it is possible to get. Well, fishing harbor is perhaps a bit of a pretentious term, because around the harbor there are also pleasure boats close together, with flags from many European countries. But the fishing boats and fishing gear are real. It is said that they come in from the fishing grounds outside early every morning and deliver their cargo to the fish buyers along the wharves, thus ensuring fresh delicacies from the sea to the many restaurants located around the town.

Around the peninsula Novigrad is located, a solid city wall runs and bears witness to troubled times. Originally an ancient city called Aemona, when Greek sailors established a port. Then the Romans came and established the actual settlement and garrison. In the 5th and 600th centuries, Novigrad was called Neapolis. From the early Middle Ages until 1828, it was the seat of the diocese of Novigrad. From 1270 the city was under the rule of the Venetian Republic, which gave it the Italian name of Cittanova. The town has retained its medieval structure and layout, with narrow, winding streets and small shops. The fortifications and city wall still stand with their parapets and two round towers. More recent architecture from the time of the Venetian Empire is shown through several houses built in the Venetian Gothic style.

The square harbor was formerly the economic centre, and today is the starting point for small roads both along the beach zone and narrow, Roman streets that run through the city itself. Here there are restaurants in a row, where you can enjoy a glass of wine, coffee, local dishes, and the picturesque scenery with a view of countless boats rocking in the sea. The romantic promenade goes around the entire city, inviting you to take romantic walks or a run. Tourism seems to be relatively limited. Smaller distances, few street vendors and, not least, active fishermen, contribute to giving the town an original character. The tourist traps are not queuing, and the price level in shops is about the same as elsewhere in the area.

The easiest way is to explore Novigrad on foot, the distances are not great. From the inner harbor we follow the city wall for a couple of blocks. There we come to hotel Citar, which is actually a completely new hotel building, but which has the main entrance through a gate in the original city wall. The street further narrows to an alley, revealing its Roman ancestry. There is also a house on the corner that attracts attention. A huge battleship grenade with a diameter of 30,5 cm. is mounted outside the front door of the Naval Museum of the Austro-Hungarian Navy, which ended its days in 1918.

Ended their days so did two of the four modern battleships Austria-Hungary had at their disposal as well. Only once, in the summer of 2018, did they come into battle, and then one of the four, Szent István, was sunk by the Italian navy. An event that was filmed, when the battleship slowly turned over on its side and capsized, while the people on board ran like mad across the bottom to get away. The second, Viribus Unitius, was sunk by Italian saboteurs in the port of Pula in November 2018. The last two were taken over by Italy, and eventually scrapped. In the naval museum, you get a representation of the entire history of the navy of the once powerful state of Austria-Hungary.

A beach promenade runs around the entire peninsula, which until the 1700th century was otherwise an island. This is extensively used. At the very edge of the sea is a long line of great hotels and restaurants. In several places on top of the old fortress walls, trees have been planted that provide good shade and shelter from the scorching sun, which not infrequently brings the temperature well above 30 degrees. In between are bathing facilities and long-distance jetties from the time when gunboats had to protect the country and the population against pirates and other enemies who cut the beach and demanded ransoms or taxes from cities not to burn them down. But today there is peace and quiet over Novigrad, which despite its name has its roots back in antiquity. As a German tourist put it during our visit: "The problem with visiting Novigrad is that you always have to come back". There may be a lot of truth in that, because there is a really great Adriatic pearl waiting for visitors.