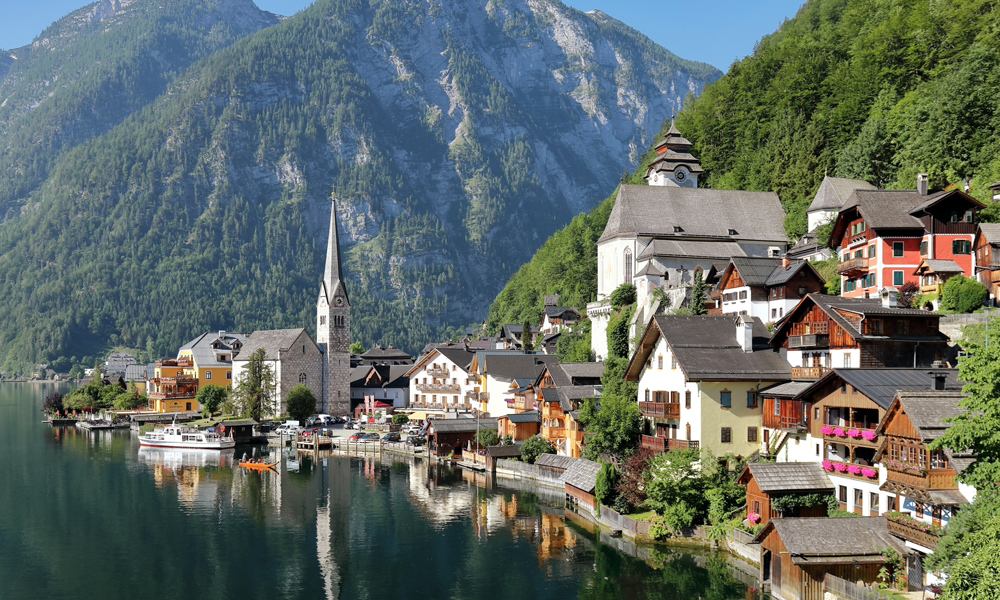 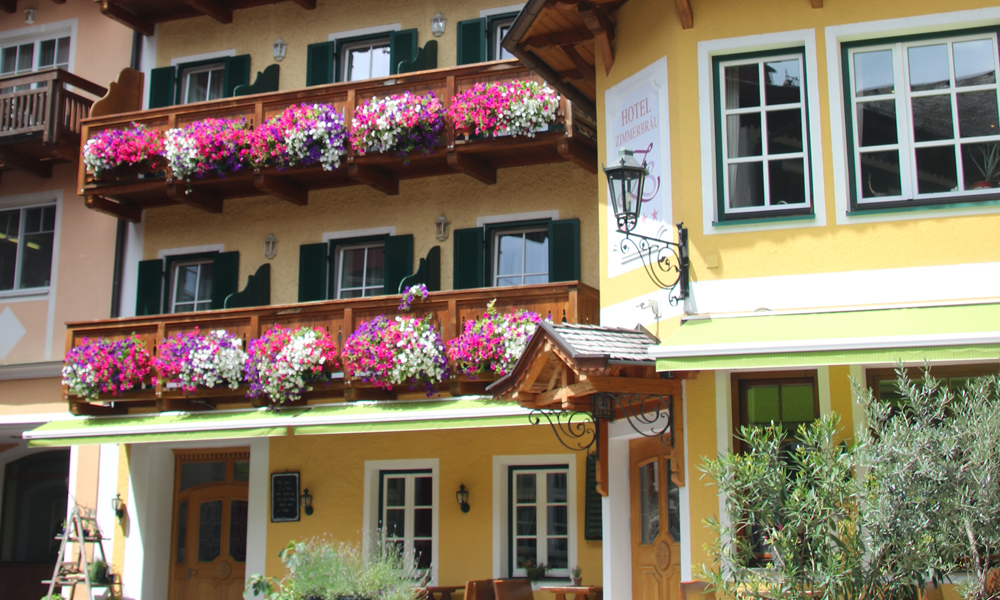 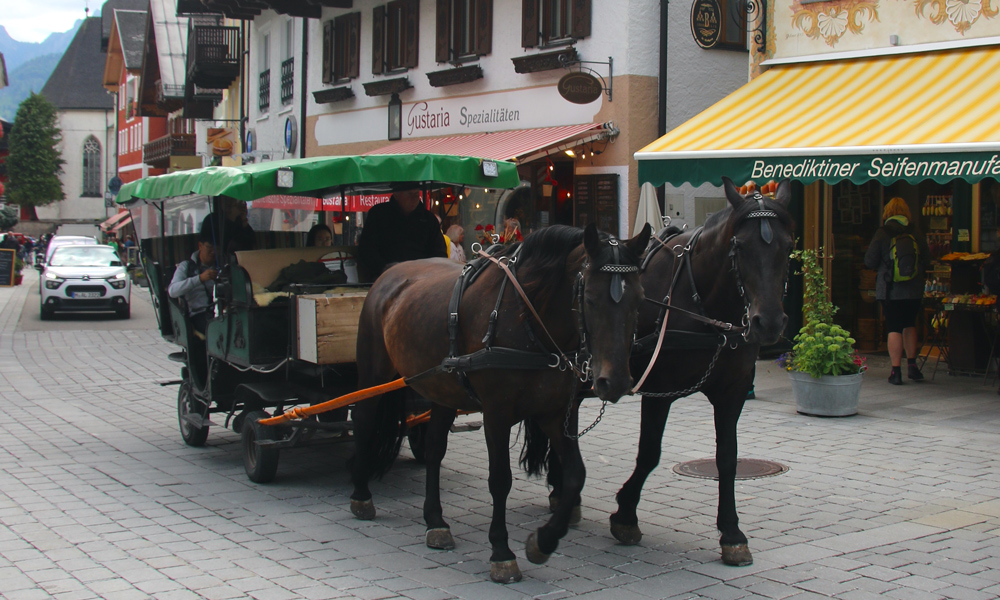 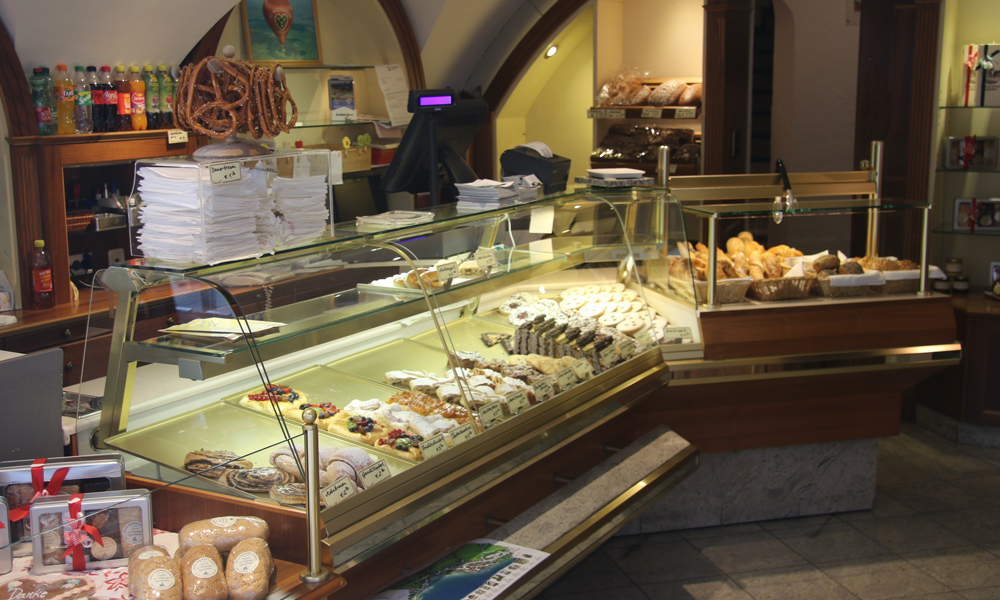 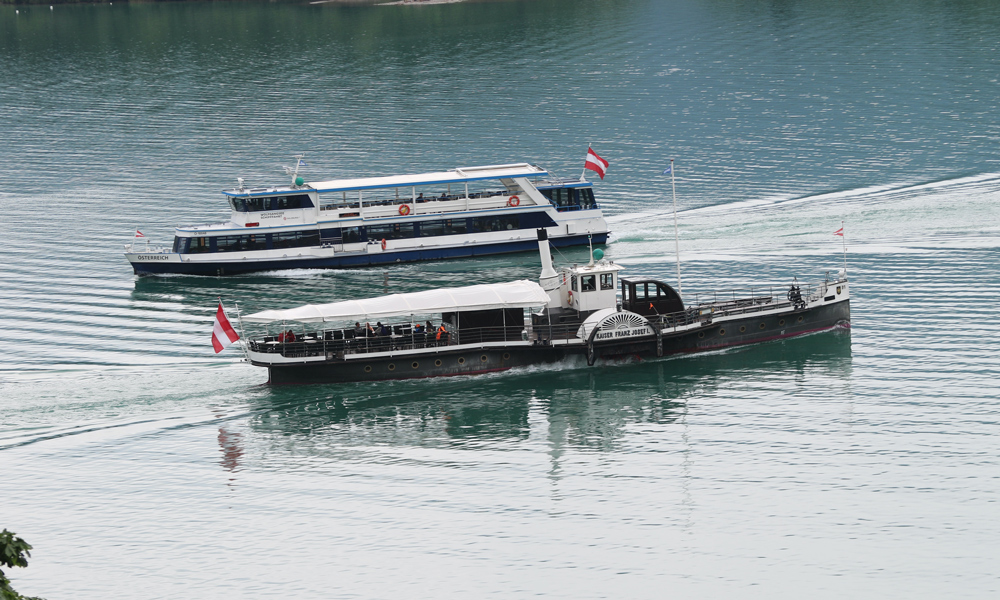 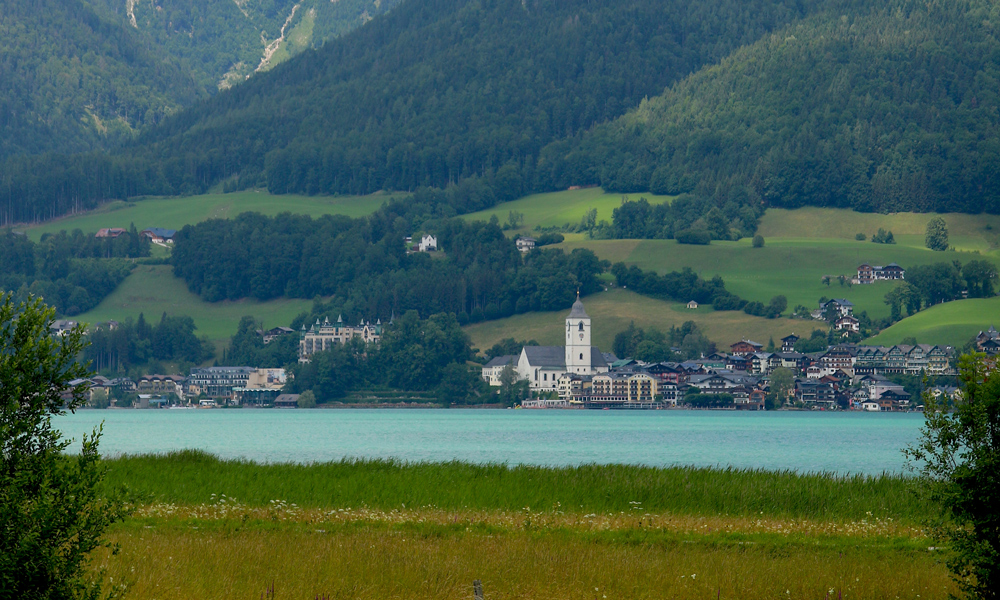 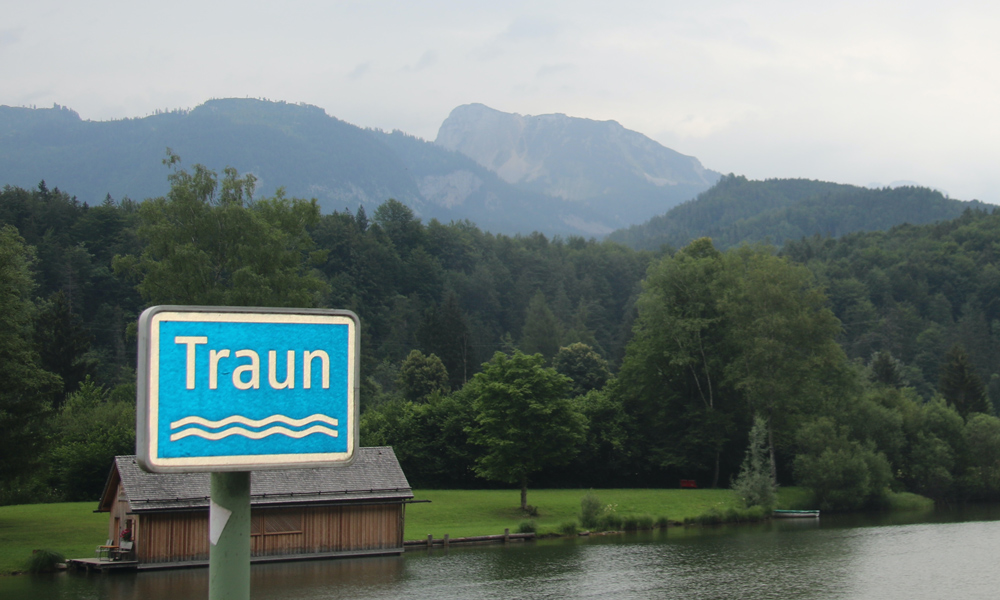 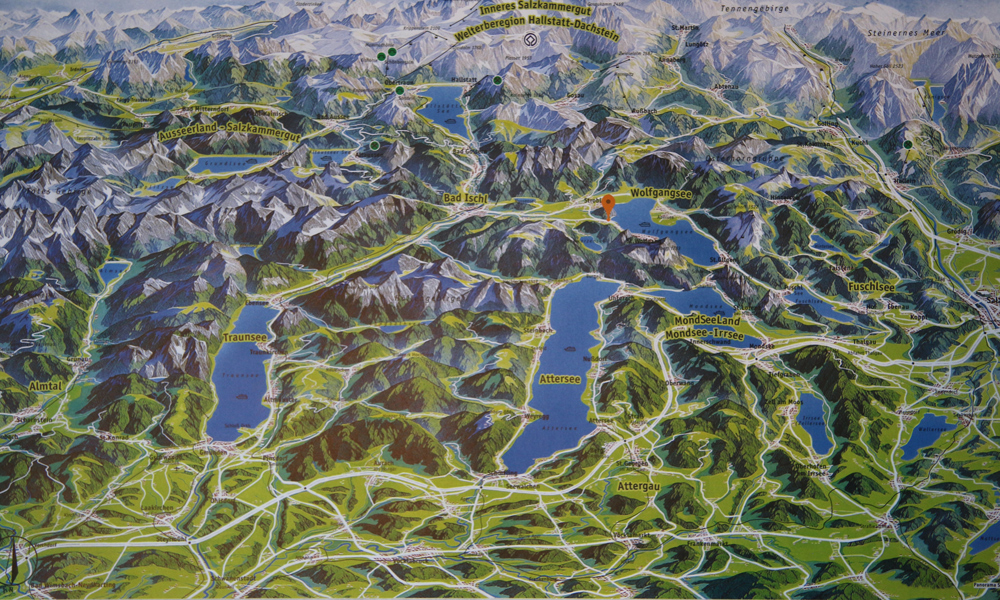 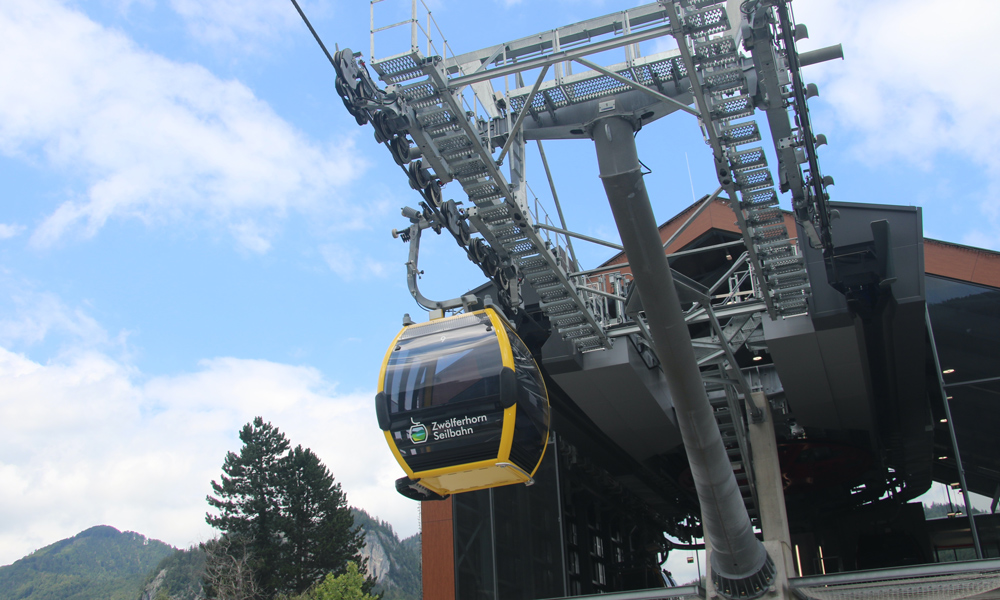 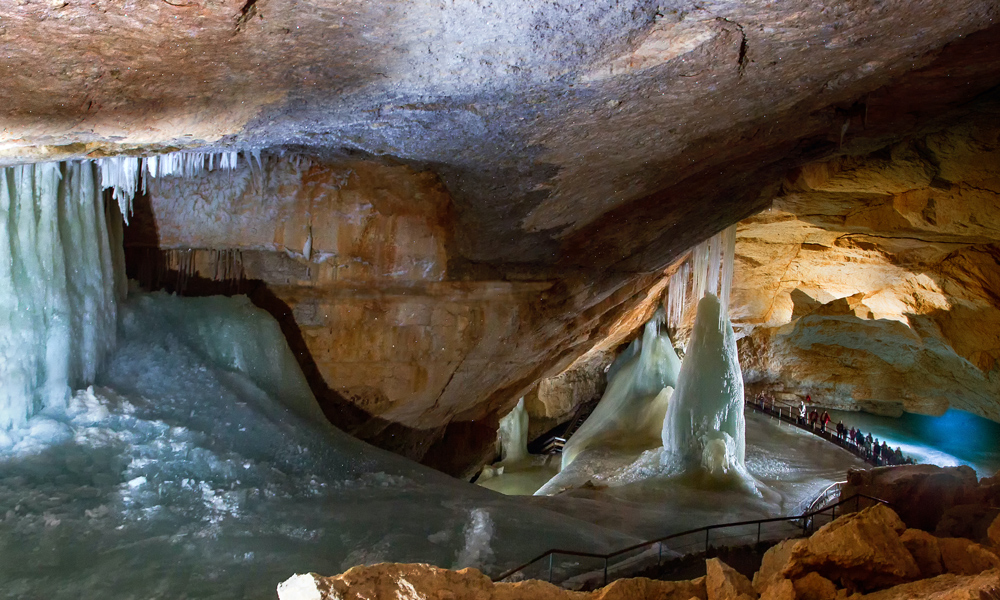 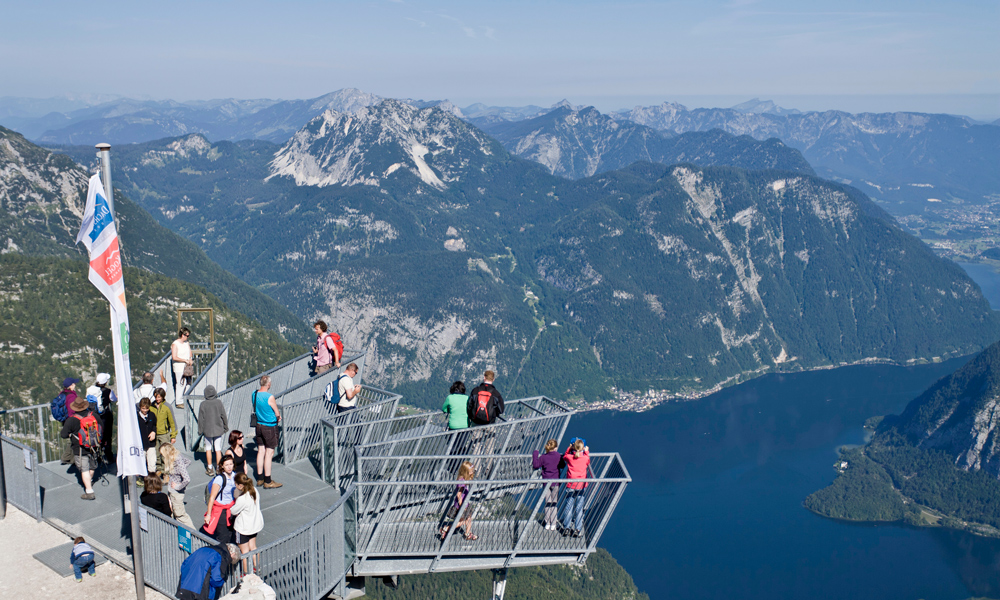 Travel reports from abroad
The Salzkammergut is an Alpine landscape in Austria with a magnificent nature where lakes and high mountain peaks lie like pearls on a string.For the people of Central Europe, a visit to this area is part of the educational journey of life.

Norway and Austria have a number of things in common. Magnificent nature and the opportunity for both winter sports activities and hiking are of high value. Both countries live somewhat in the shadow of a "big brother" and rank high in standard of living surveys. The pride in one's own country and one's own culture is not so different either. Thus, it is perhaps not so difficult to understand why most Norwegians enjoy themselves as tourists in Austria. If the goal is not just an alpine skiing holiday, the Salzkammergut can certainly be an excellent destination all year round.

When I told one of my German friends that I was planning a trip to the Salzkammergut, it didn't take many seconds for him to have his line ready. "A visit to the Salzkammergut is part of the educational journey parents give their children," he said. Was it really like that? I myself have been to Austria many times, also near this area, but never reflected that the Salzkammergut is a "must". I did not know that the area is on UNESCO's list of world natural and cultural heritage, nor that the action in the well-known operetta "Summer in Tyrol" actually takes place in the Salzkammergut.

The nearest big city is Salzburg, and the roads leading into this scenic area are many. What they all have in common is that they are smaller national and county roads. Whether you're going to Gmunden, Bad Ischl, Sankt Wolfgang or Bad Aussee, you need to take the exit from one of the major highways that run through Austria and continue at a slower pace. With the exception of a few Alpine passes further east in the country, there is hardly any challenge to drive in the area, whether in a motorhome or a car with a camping trailer. What can, however, be a test of patience is the traffic on the many small roads around the more than 30 lakes located here. And if the Norwegian authorities are eager to set up parking meters where it is possible to make a stop, the Austrians are no worse. Every attraction has its parking fee.

In return, it must be emphasized that there are generally good parking opportunities, and not least a number of good campsites and pitches for motorhomes in the area. But by all means: Follow the signs and don't think that small "Dorfer" and narrow streets are easy to navigate in an eight-nine meter long motorhome. Because it doesn't! An excellent example of good traffic regulation and parking is the mountain village of Hallstadt. A small and cramped town that clings to the cliffs along Lake Hallstätter See with its back to a steep mountain. Like several of the other small towns such as St. Wolfgang and Bad Ischl, car traffic is led through a tunnel in the mountains, with exits to car parks in several places. In this way, the city centers remain car-free and attractive to both local residents and visitors.

Hallstadt is considered Austria's oldest city and here there are archaeological finds that date back to the period between the Bronze Age and the Iron Age. The name Salzkammergut derives from the rich and valuable salt deposits in the area, which have been mined for more than 7000 years in Hallstadt, and the mines are among the world's oldest. The word "Hall" is another word for salt, which thus confirms the great importance of salt as a commodity and the basis for prosperity in the area. Today, it is the milk that has taken over much of the role of the "white gold" in the region. Both cow's milk and sheep's milk are used in the production of local cheeses. Fresh air, green grass and clean nature are, as in Norway, the basic factors for tasty and natural foods. In many places there are local farm shops, and especially those who drive a motorhome with their own fridge on board can enjoy these food treasures.

If we are to choose a bunch of sights that are quite unique, the possibilities are several. It is not only Norway that can boast of having old paddle steamers in continued operation. With 150 years in service, the paddle steamer Gisela is an exciting feature on Mondsee. A little younger, but also well worth a trip, is the paddle steamer that plies Wolfgangsee every single day in the summer season. With this you can experience the three villages of St. Wolfgang, St. Gilgen and Strobl with all their beautiful buildings, narrow streets and nice restaurants in one and the same day. We have previously mentioned the old town of Hallstadt. In St. Michael's chapel we find a special room with a special history. Due to a lack of space, the inhabitants began to reuse the graves again in the 16th century. Bone remains were cleared away, while the skulls were preserved. These were painted and decorated, and today you can view more than 600 such skulls in the chapel.

Several of the mountain peaks in this area are well over 2000 meters high. One of the highest is the Dachstein with its 2995 metres. With the help of the gondola from Obertraun, you not only get high up in the mountains, but you can also go to two spectacular caves. Inside one fin, the ice creates a more than 500-year-old internal mountain and a thirty-metre long ice bridge to cross. Lighting and music create a very special and magical atmosphere. The entire Salzkammergut has cable cars or gondolas up to mountain peaks at different heights. In winter they are used to carry ski tourists up into the mountains, while in summer they carry people up to enjoy the view and go for a short walk - or take a day's march back to the valley floor. The tour options are many, and memories of the legendary musical "Sound of Music" with Julie Andrews are never far away. The many lakes also offer a rich fish life, and there is hardly any region in Austria that can display as large a number of species as the Salzkammergut.

The region has a total of eighteen classified campsites, and many of these are close to the shores of one of the thirty lakes. Most offer everything from renting boats and SUPs to bicycles and mountain equipment. It is also a good idea to bring your own bicycles. The majority of the campsites are slightly outside the small villages, and although there are both small grocery stores and simple eateries near the pitches, in the villages "it's happening". Local food, good drink, music and a great atmosphere are well worth a short bike ride, and if you ask for tips or advice, you will always be greeted with friendliness in Austria.