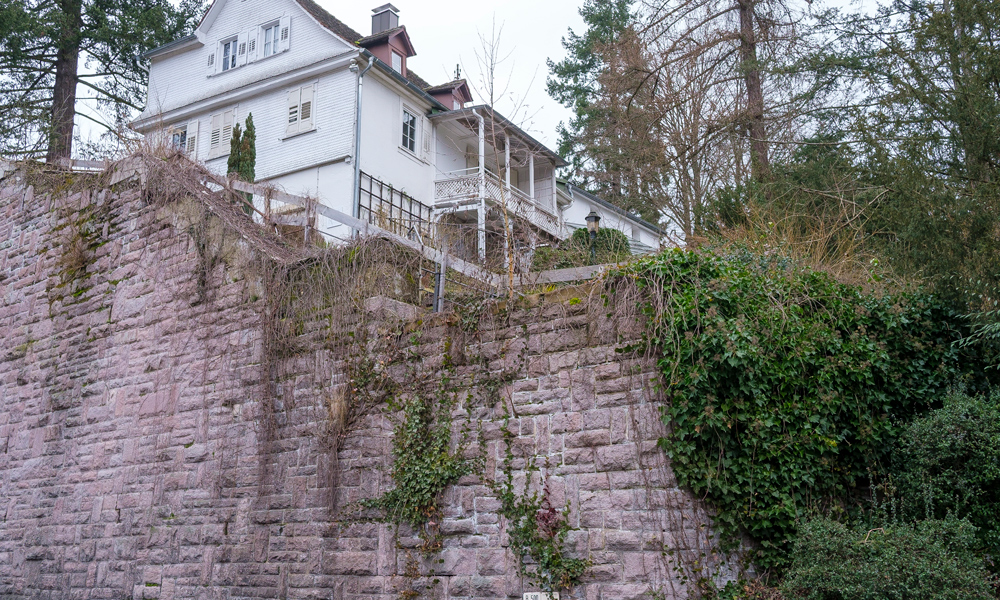 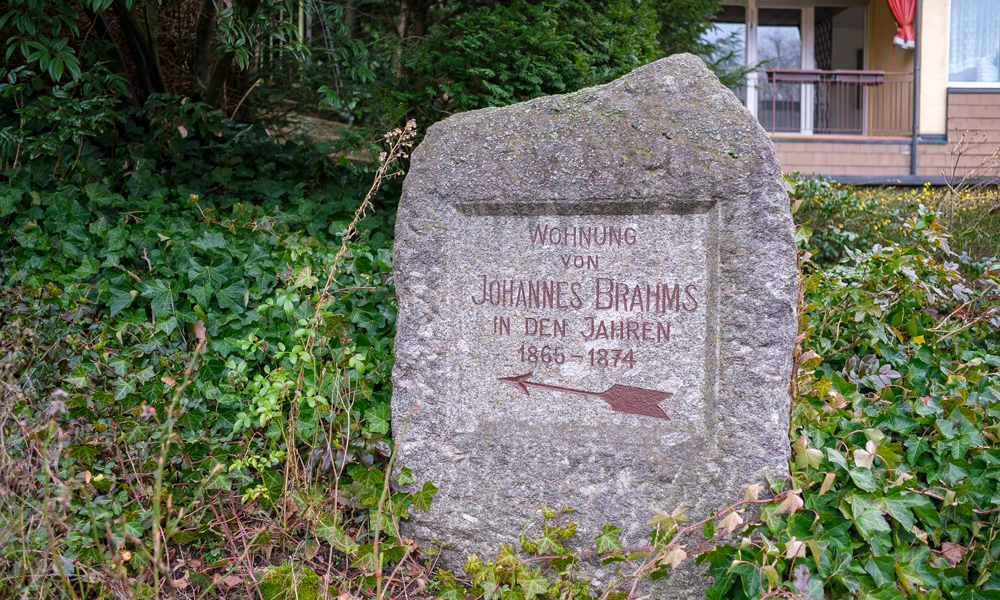 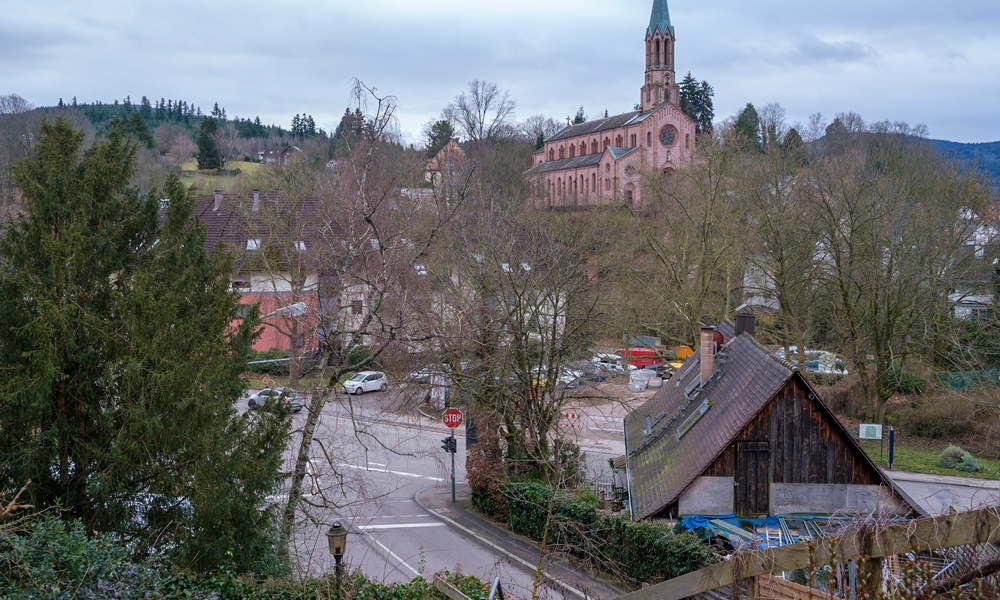 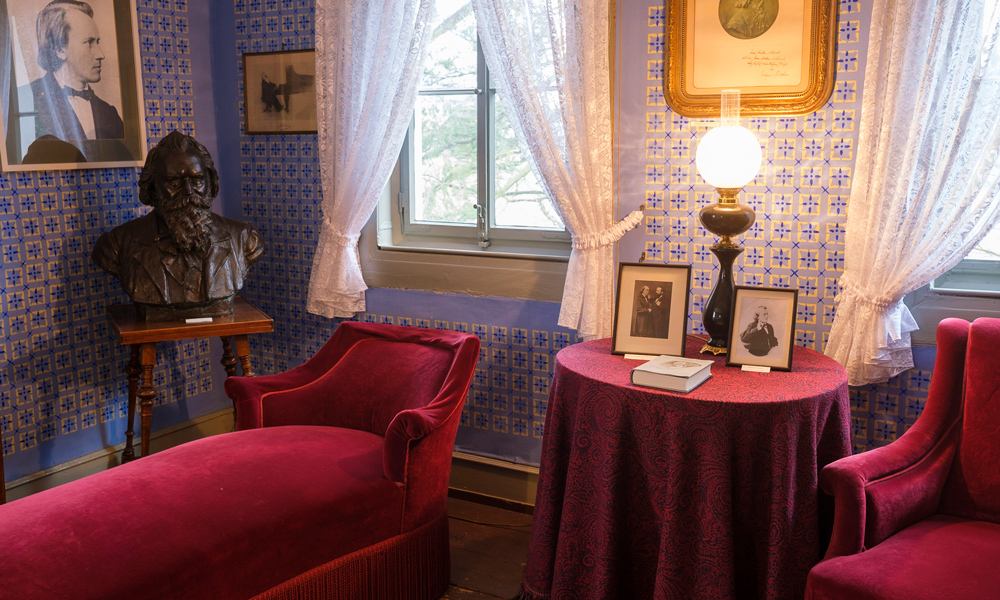 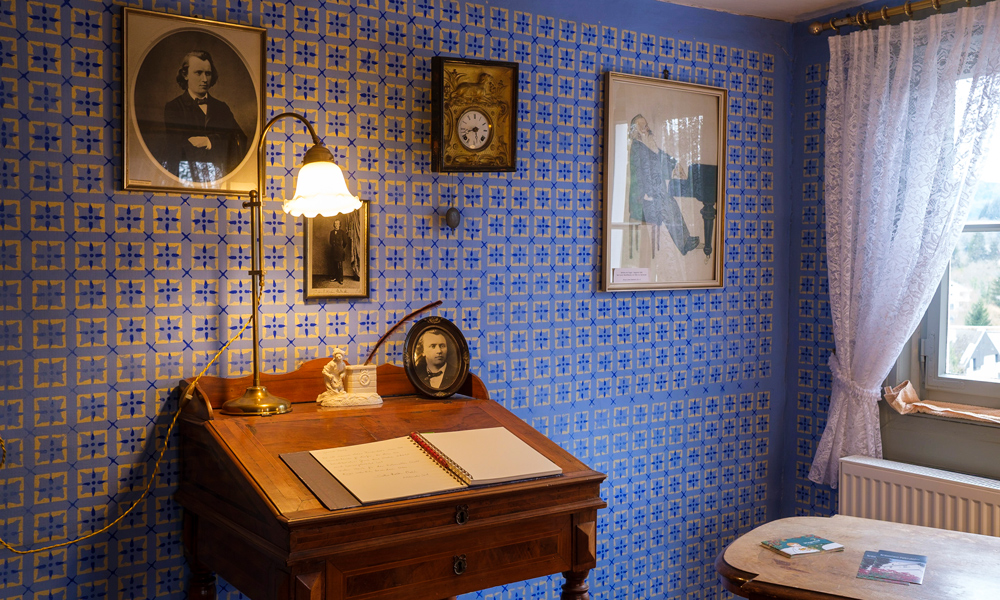 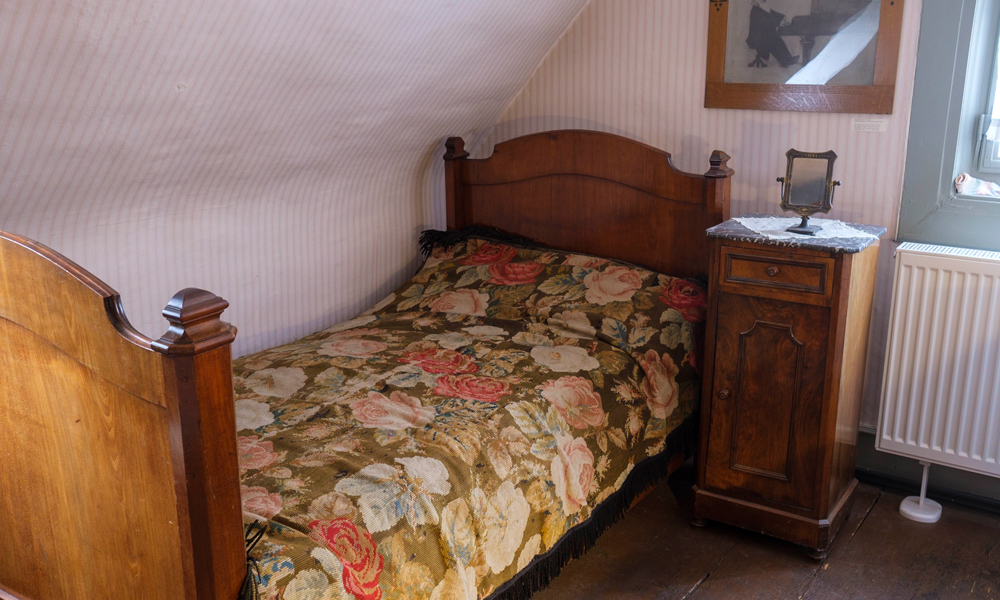 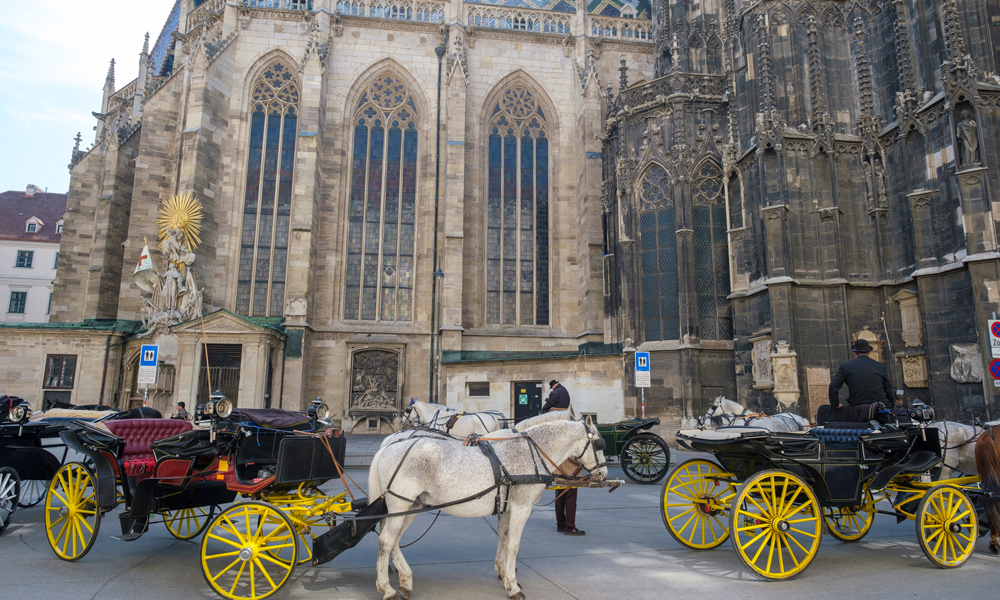 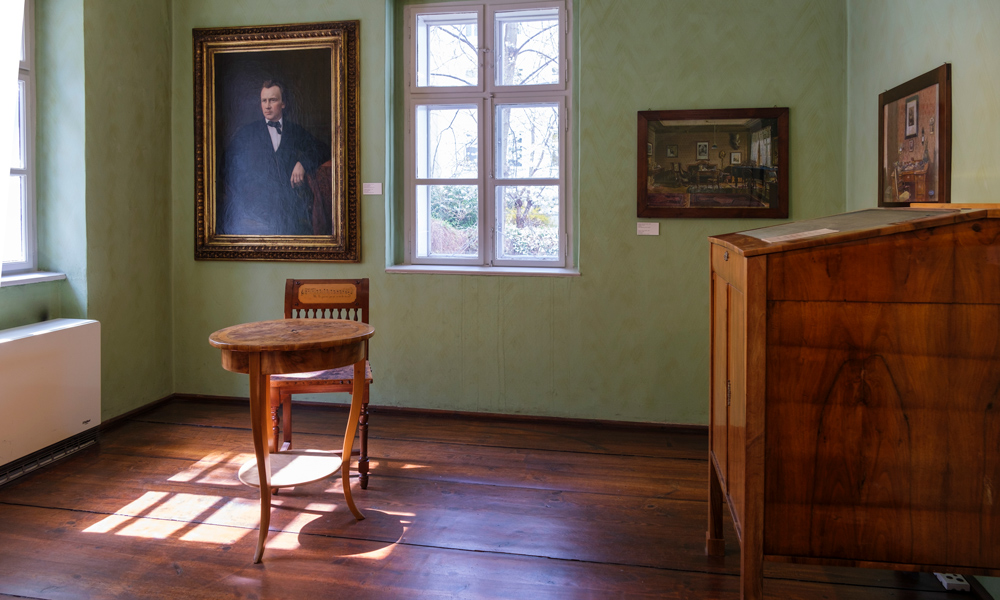 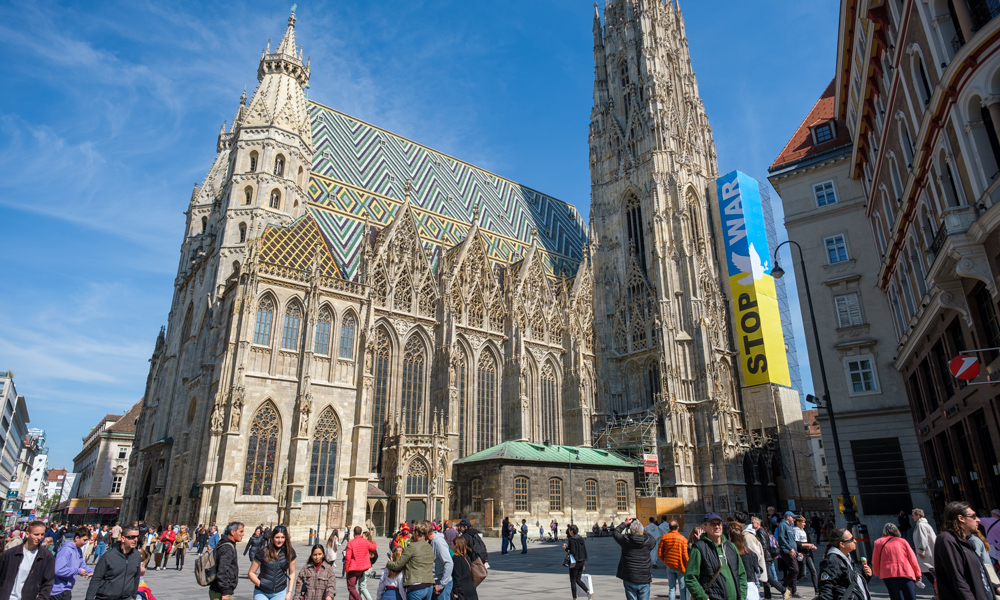 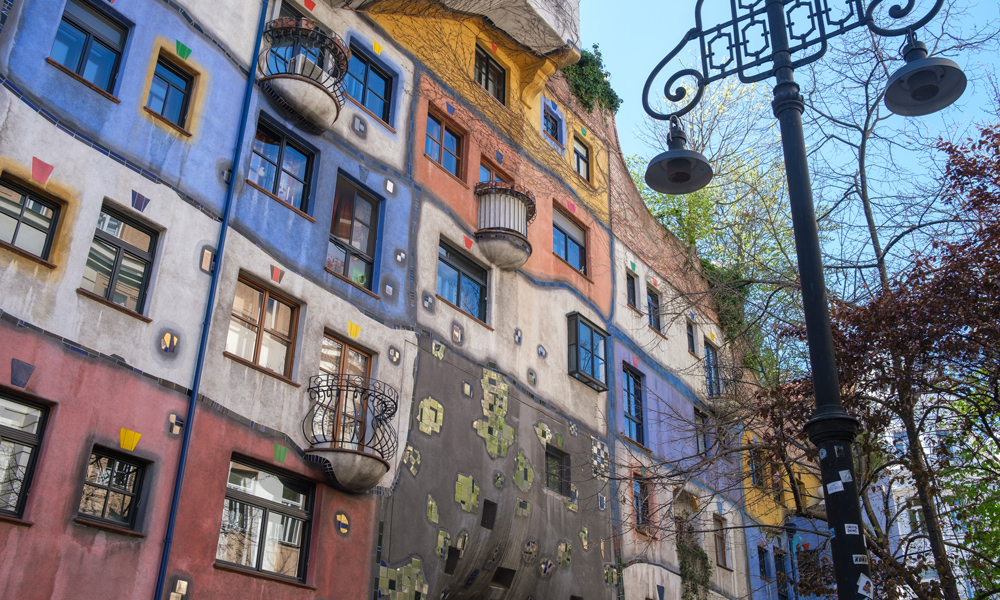 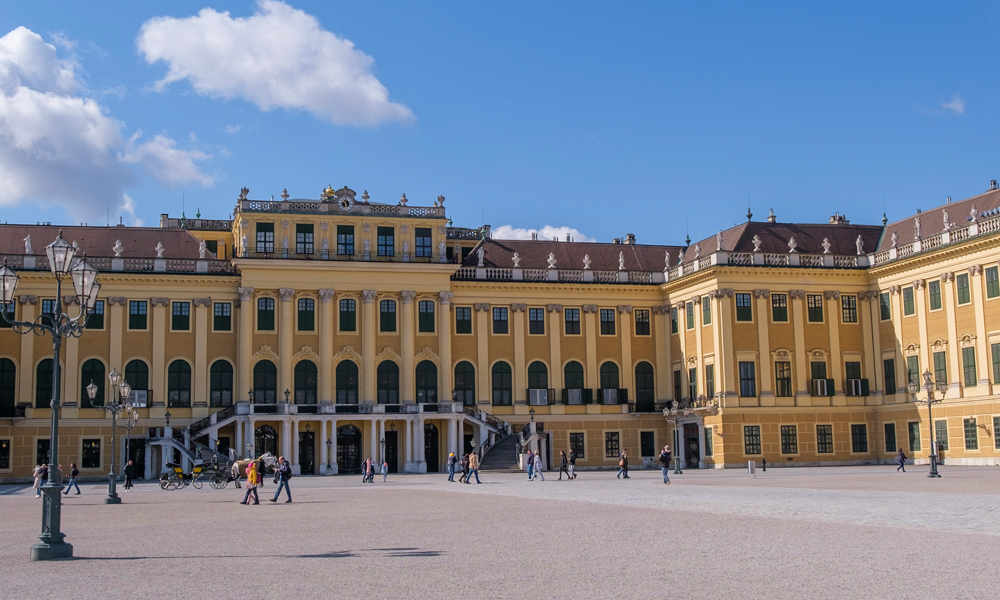 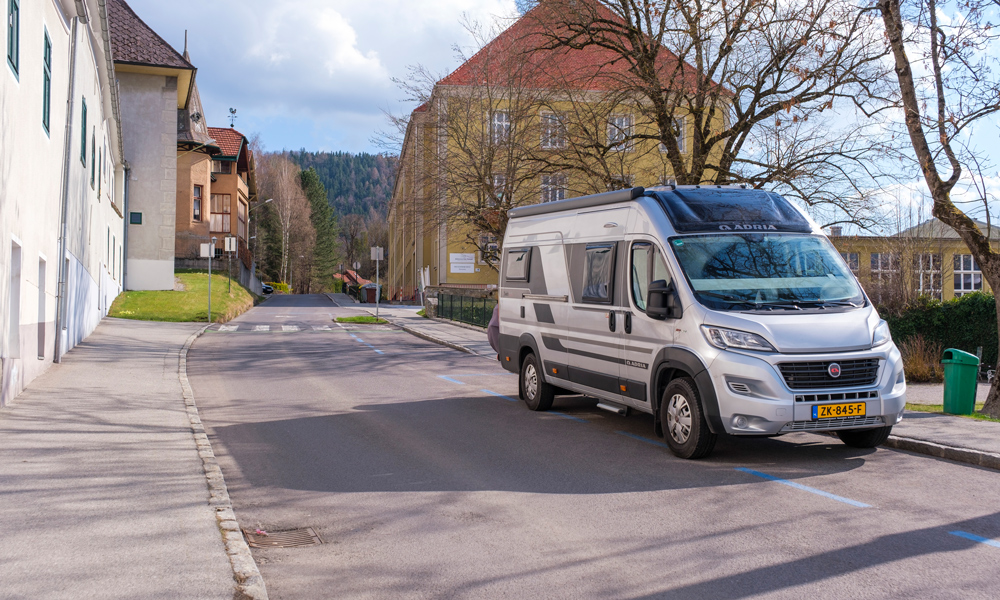 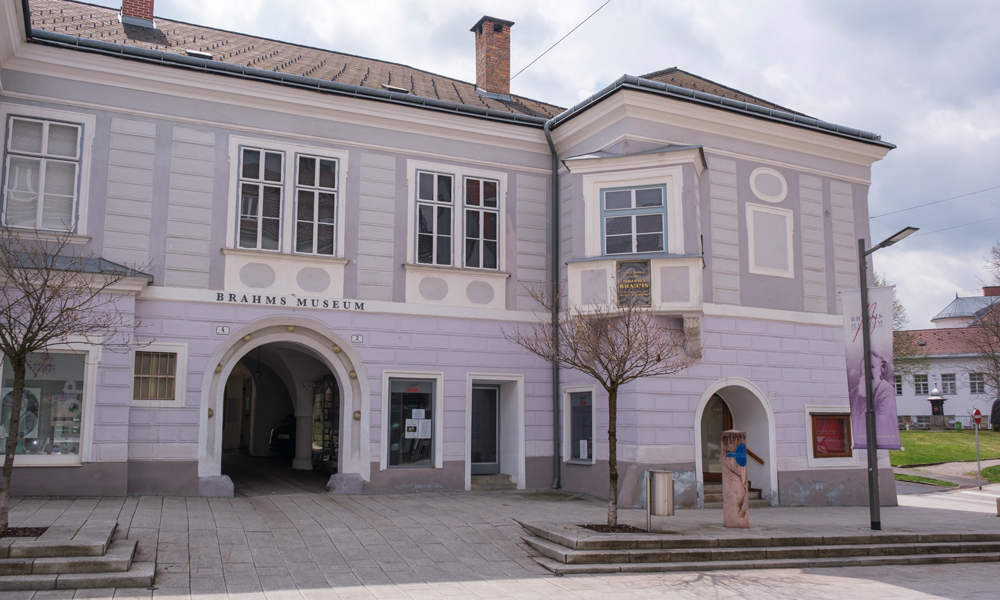 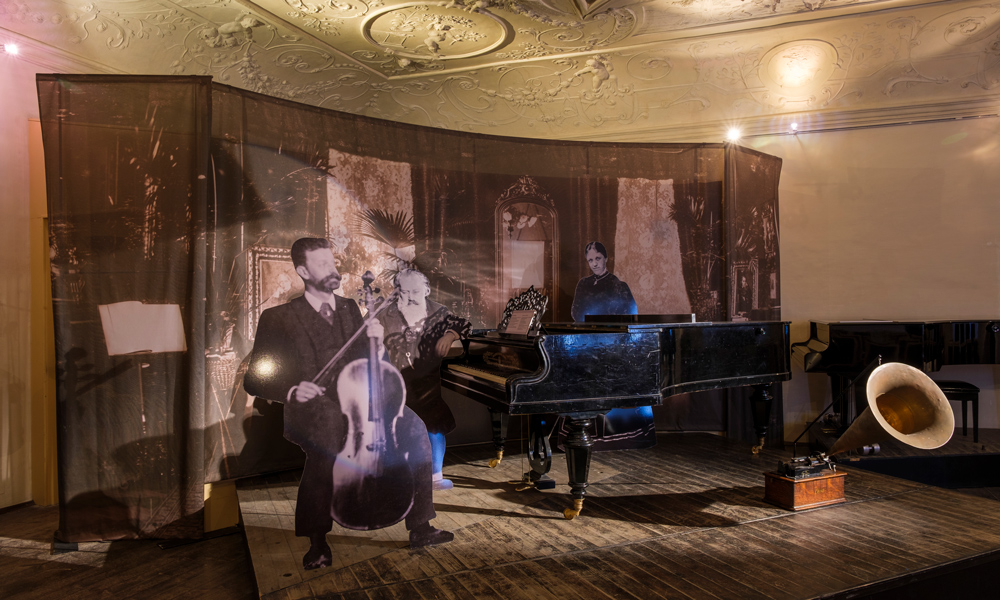 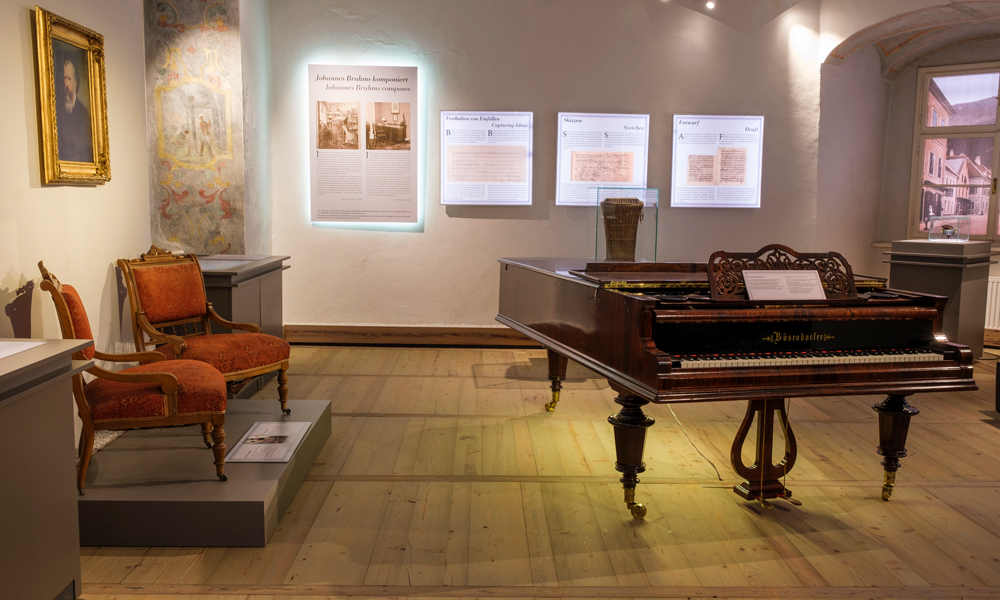 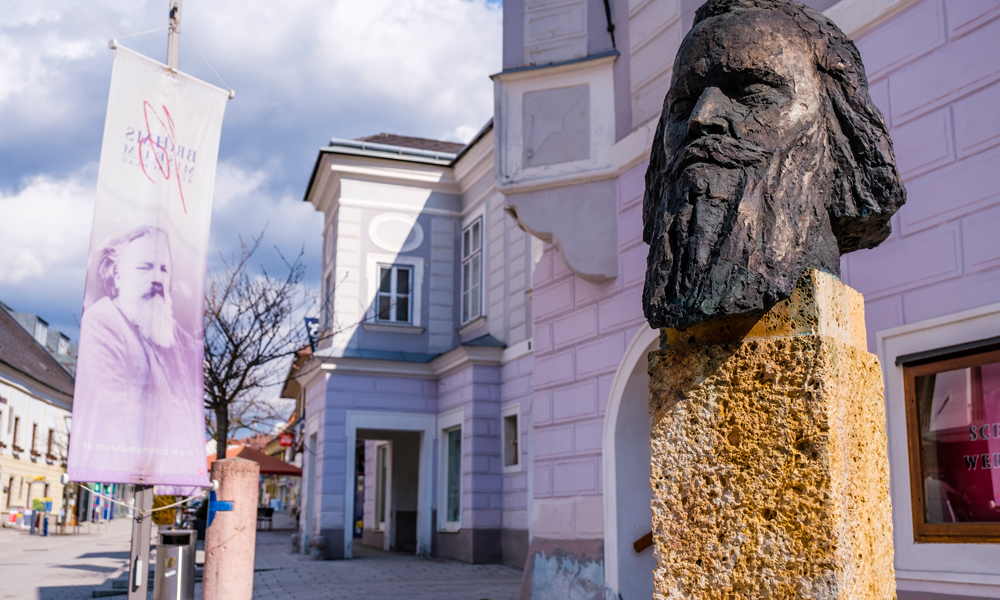 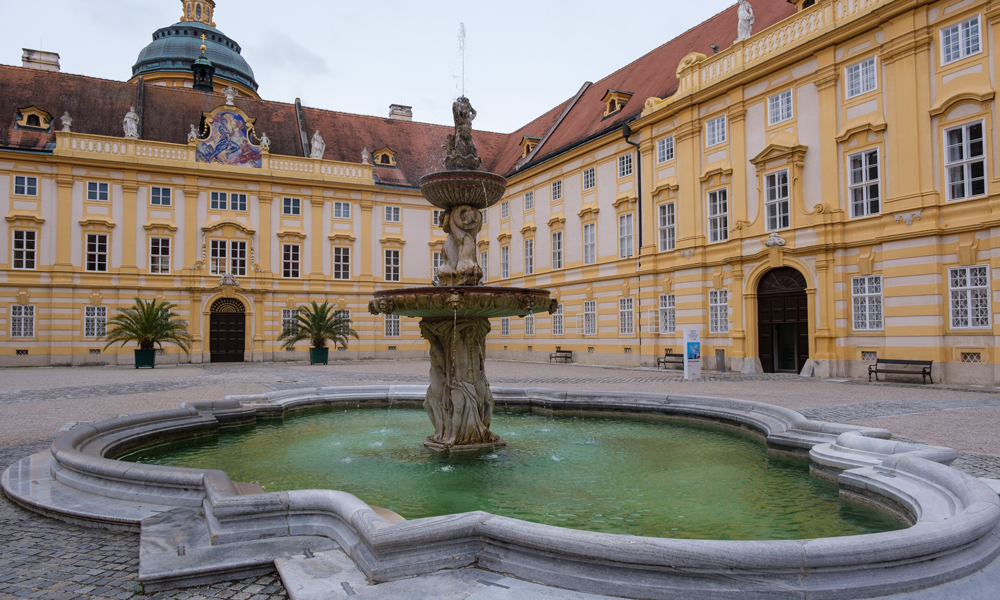 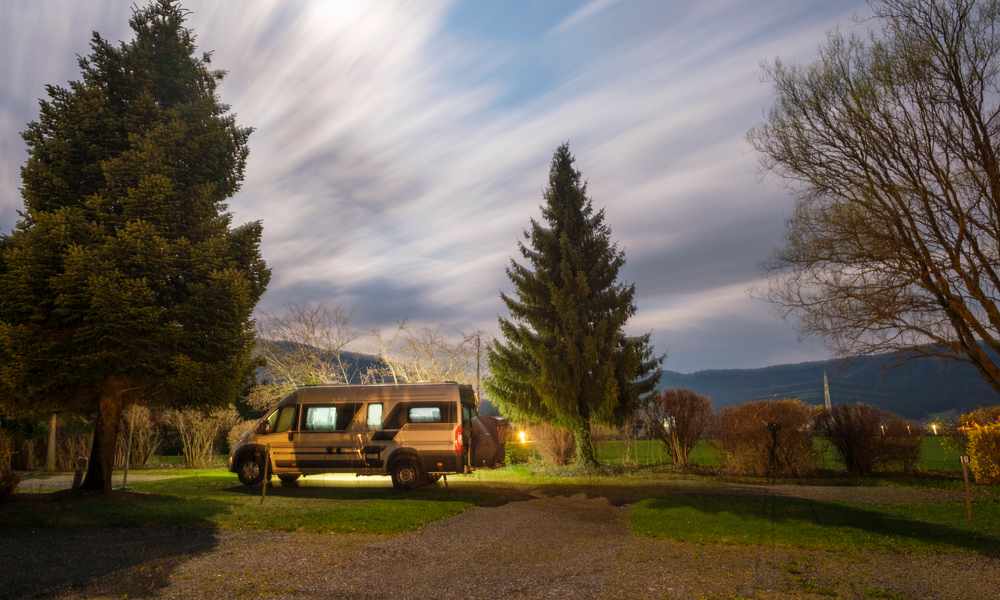 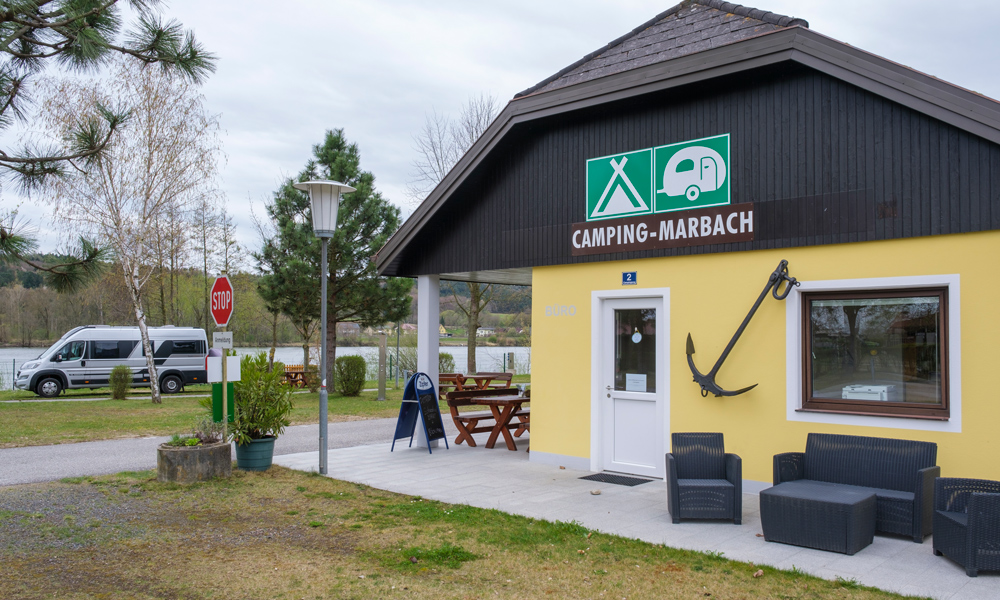 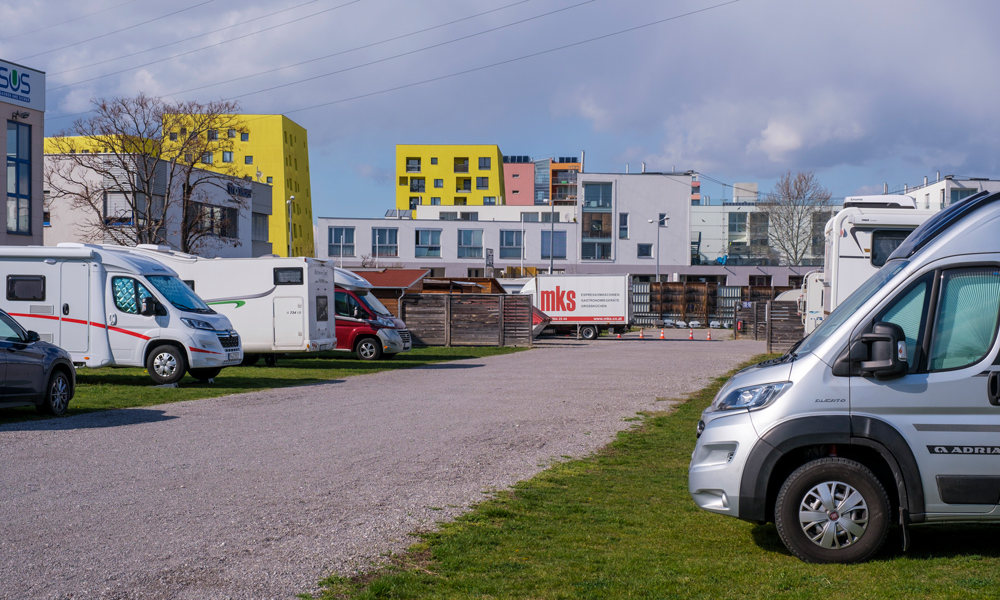 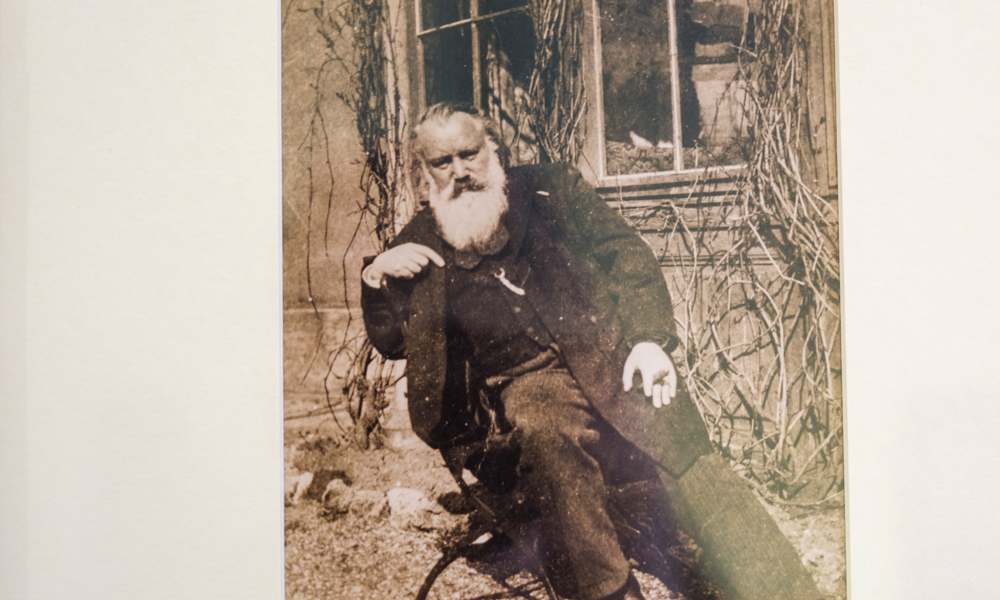 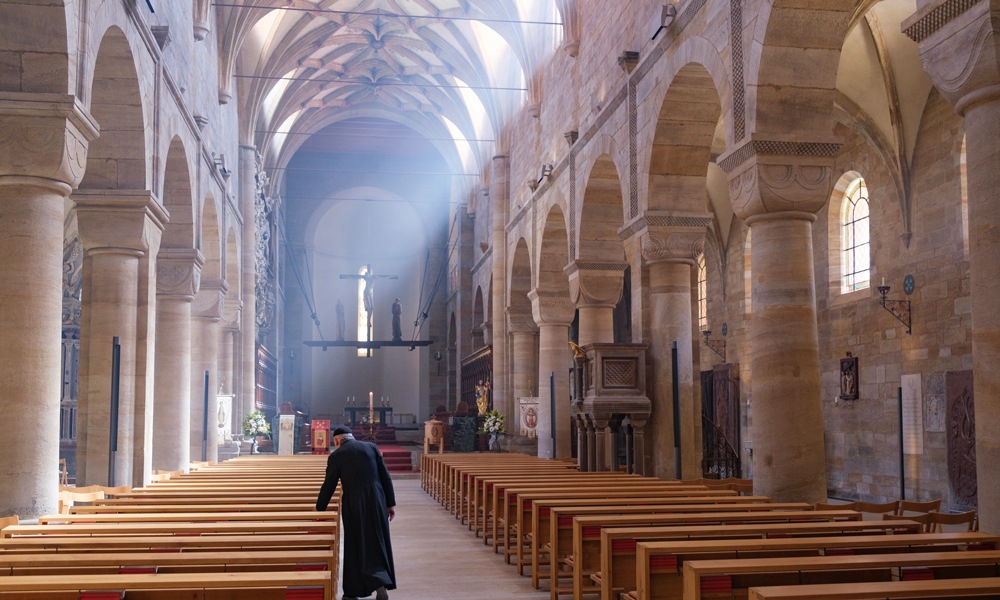 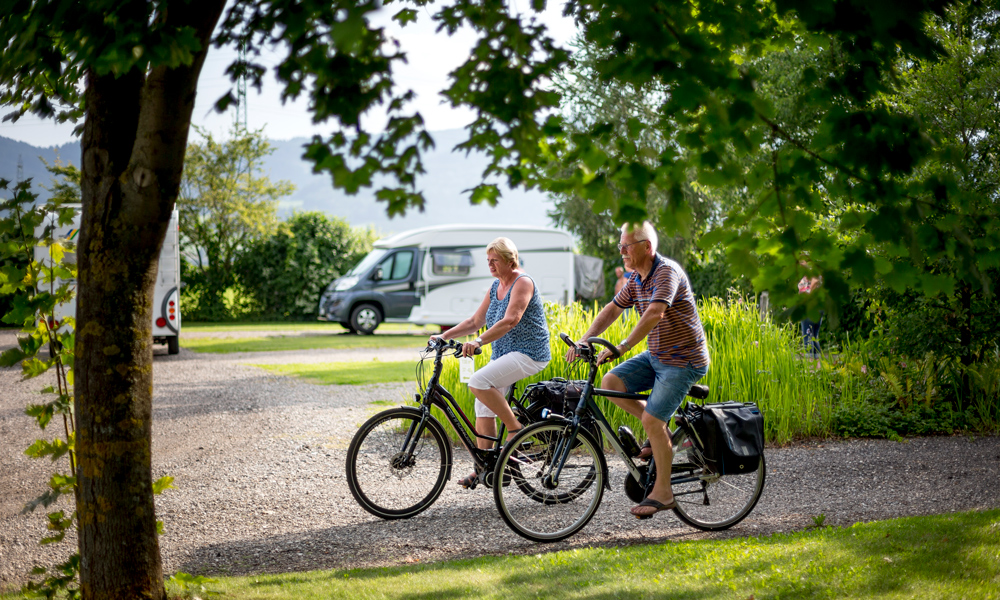 On the trail of great composers: Johannes Brahms can be found in more places than one

Travel reports from abroad
He is often called the last great romantic composer: Johannes Brahms. In addition to being a composer, he was also a conductor, organist and pianist. Although he was one of the last of the great Romantics, he was strongly oriented towards the classicist style of the first Viennese school: Mozart, Haydn and Beethoven. He was fond of Beethoven and Bach and saw nothing in the music of Wagner and Liszt, and what they called "the music of the future".

Brahms is the link between the classical Viennese period in the last quarter of the 1700th century (Haydn, Mozart Beethoven) and the neoclassicism of the second quarter of the 20th century (Stravinsky, Hindemith, Bartok). Among his most famous works are the Hungarian Dances, his four symphonies, two piano concertos, a violin concerto and the remarkable: Ein deutsches Requiem”. But Brahms also composed beautiful chamber music (sextets!), pieces for piano and songs. In fact, you cannot avoid Hamburg, the birthplace of Johannes Brahms. Of course, there is also a museum there, dedicated to the composer's life. But we'll do it anyway: We'll concentrate on perhaps lesser-known places that played an important role in the life of the composer who always remained (consciously?) a bachelor. Yes, we know the rumors about his feelings - and more? - for Clara Schumann.

We begin our Brahms tour in Baden-Baden, Germany, where near the Clara Schumann square (...) stands the Brahmshaus. Brahms learned about the house on the hill after a tip from Clara Schumann, the wife of the composer Robert Schumann. Brahms lived here in Baden-Baden during the summer months between 1865 and 1874. Here he found the calm and seclusion to compose. It was here that Brahms wrote or completed his first two symphonies and several movements of "Ein deutsches Requiem". In the beginning, incidentally, Brahms had no intention of writing symphonies: "Beethoven has composed everything possible in this field", was more or less Brahms's position. Fortunately, he later sat down at his piano to make an attempt anyway - and with success.

In the 1960s, the house in Baden-Baden was in a sorry state: it was even on the verge of being demolished. The local Brahms company managed to get hold of the house in 1967 and established itself here. The house was built around 1850 and has hardly changed since then. For a long time, the museum only consisted of Brahms' former living quarters, but during my second visit (February 2022) work is being done on an exhibition space that should be ready now. A Brahms music festival is held in Baden-Baden every odd-numbered year. Ute Blumeyer from the Brahmsgesellschaft welcomes me warmly. Upstairs is only a living room - with an original sofa - and a bedroom, with the original bed. The piano was not played by Brahms, although it was "time honored". The floor and ceiling, the windows and some walls are also original.

Via a small campsite by the Danube in Marbach and a stop at the magnificent Stift Melk, we drive to the Austrian capital. From the motorway, you drive to CP Vienna in a few minutes. All facilities are here: electricity, water intake and outlet, sanitary facilities. The supermarket is to the right from the motorhome site, the metro to the left, both facilities are literally around the corner. Directly opposite the entrance is a pizzeria. The campsite is ideally located here: you are quickly in the fascinating inner city of Vienna by underground. In the city park in Vienna, alongside Schubert and Johann Strauss, we also meet contemporary Anton Bruckner. In Vienna's Haydn Haus there is a Brahms room. Brahms' home in Vienna was demolished and therefore it was decided to set up a room in the Haydn Haus with furniture and utensils from that home. Of course, we also visit St. Stephen's Cathedral, the church where Haydn and Mozart got married. We also include Schubert's birthplace. Schloss Schönbrunn is a picture. A special "composer" of buildings is the architect and painter Hundertwasser

“The straight line is godless”

We visit the Hundertwasserhaus, the shopping center in that style opposite and the museum is dedicated to him. Very special. The museum even has a restaurant where they prepare a delicious Flammkuche. Vienna is a little less suitable for a budget holiday. In Café Landtmann we drink a coffee for which we have to pay six euros. Perhaps because this was once Sigmund Freud's favorite place. With a single stopover we arrive in the town of Mürzzuschlag, approximately 115 km southwest of Vienna. There is a Brahms museum there: the composer lived here for a time, and it was in this place that, among other things, his great fourth - and unfortunately last - symphony was written. The motorhome fits perfectly in a parking lot next to the museum: for a small fee in the parking machine, we can stay there for the rest of the afternoon. We will get there around 12.00: Because the museum is closed between 12.00 and 14.00, we first eat lunch.

Brahms expert and cellist Ronald Fuchs from the museum lets us in afterwards and indicates that we can look at everything, listen to it and take pictures. He even "transforms" some things so that I can take a picture of "a performance of Brahms. From the speakers he plays fragments of - crackling - recordings unknown to me: this is where Brahms plays. So it's not just pictures of the composer, but also sound recordings! There are other places you can meet Brahms. For example, Johannes Brahms spent the summer months from 1877 to 1879 in Pörtschach on the Weissensee. Here he wrote a number of pieces, including his famous violin concerto, a new series of Hungarian dances and the friendly second symphony. Weißes Rössl was his favorite inn in Pörtschach. His first summer was spent at Schloss Leonstain and for the next two summers he rented the second floor of the "Krainerhäusel" by the lake. At Schloss Leonstain, now a hotel, a Brahms suite recalls and a bust in the composer's garden about this.

Another hour south-west, we drive our camper van into the property of the Pfanderl family in Fishing. A campsite for "50 plus without dogs". A rather remarkable specialization. "We have no swimming pool, no animation and no playground," explains owner Bernd Pfanderl, "and we don't want the trouble that dogs often cause on a campsite." The area around the campsite is perfect for hiking and cycling. The next day he takes us to the magnificent Seckau Abbey and to the Red Bull circuit, where Formula I races are held in Austria. Johannes Brahms gave us wonderful days in Germany and Austria. We continue the combination of camping and composers next time with the Austrian Anton Bruckner.