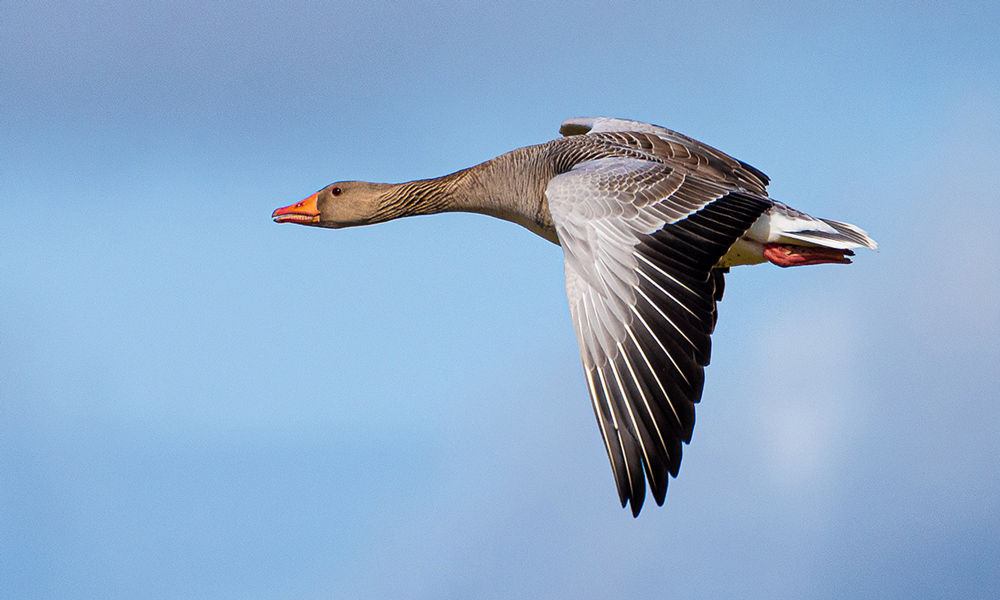 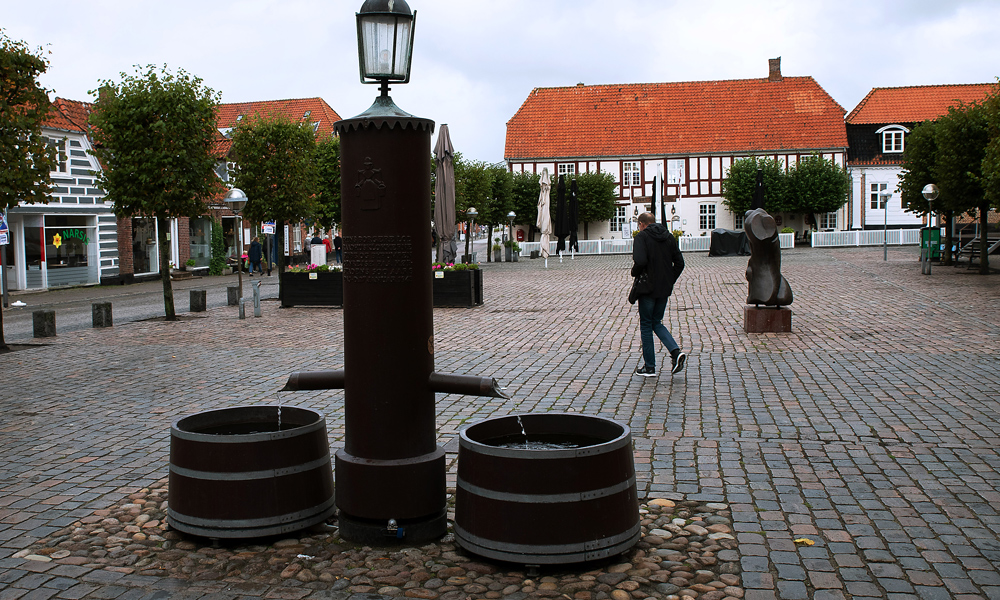 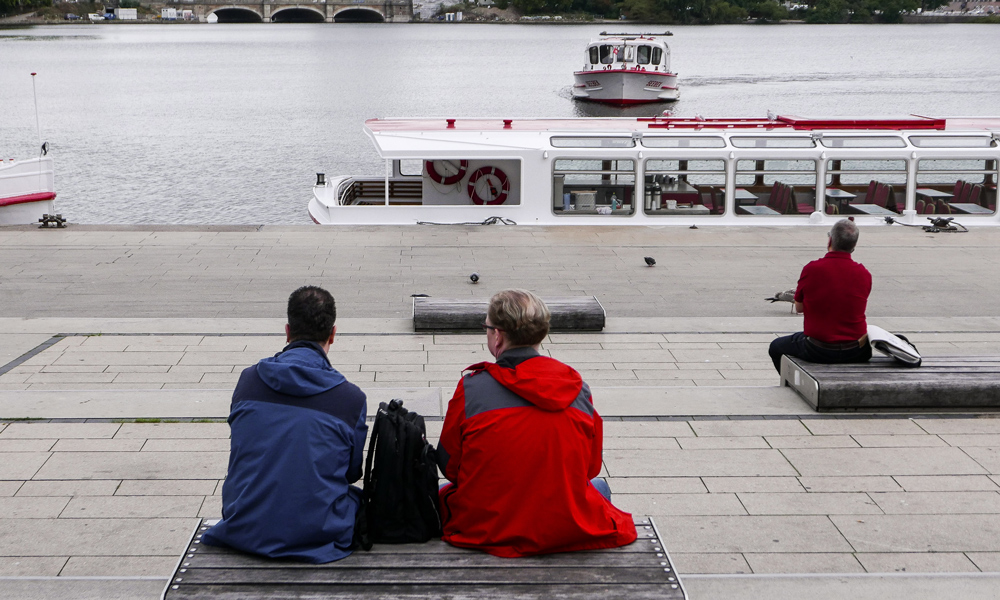 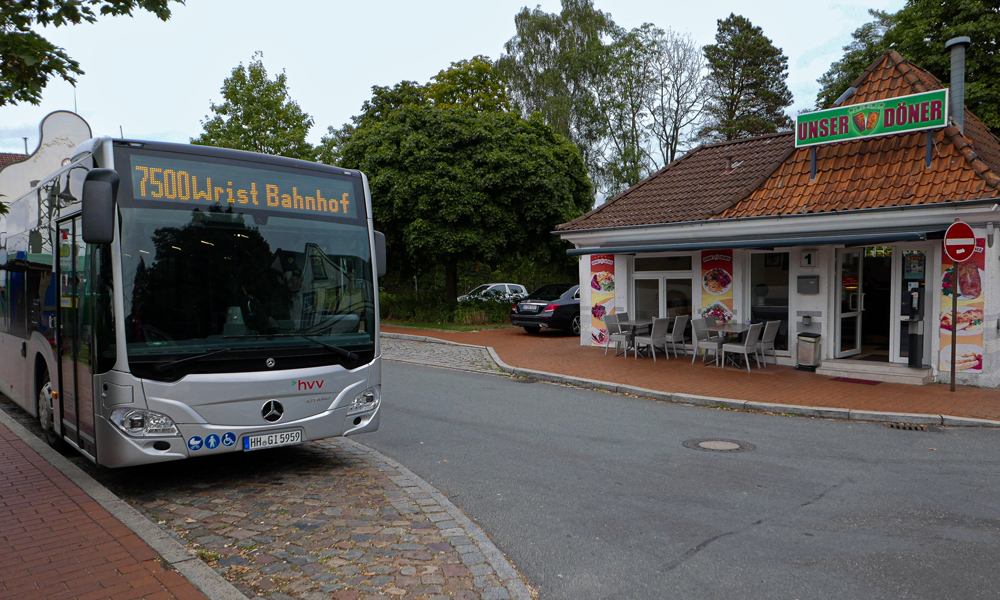 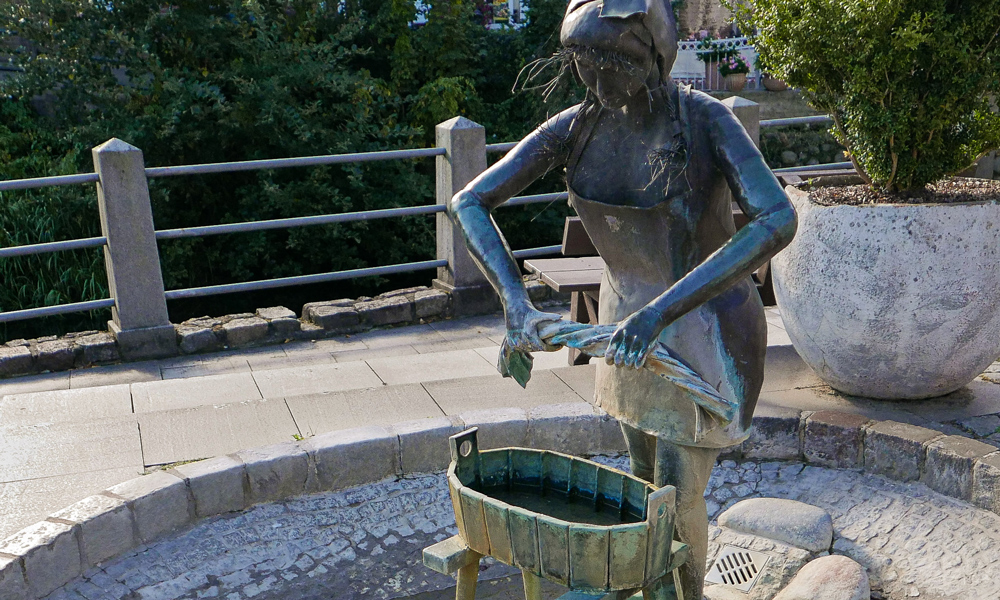 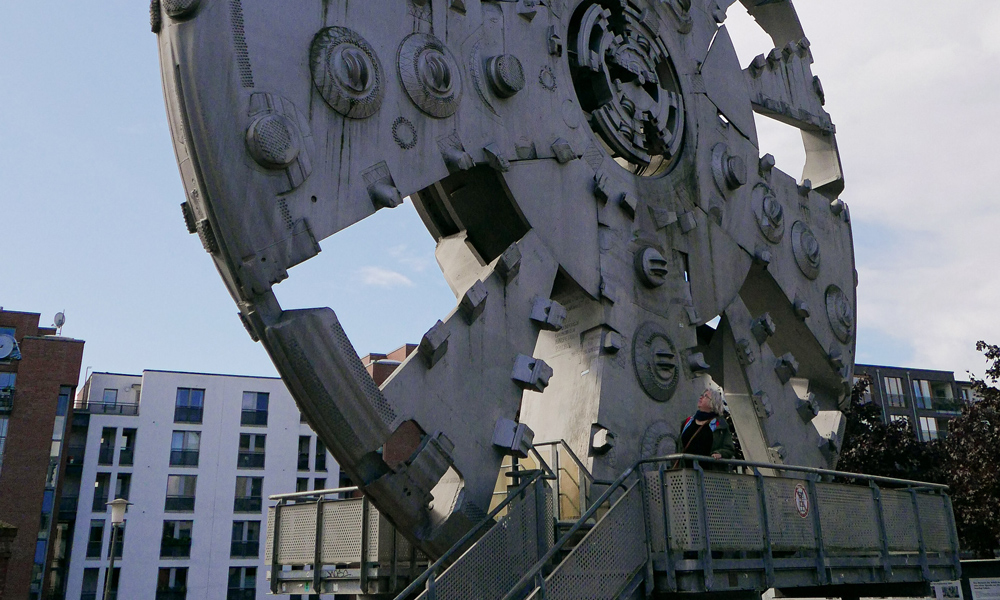 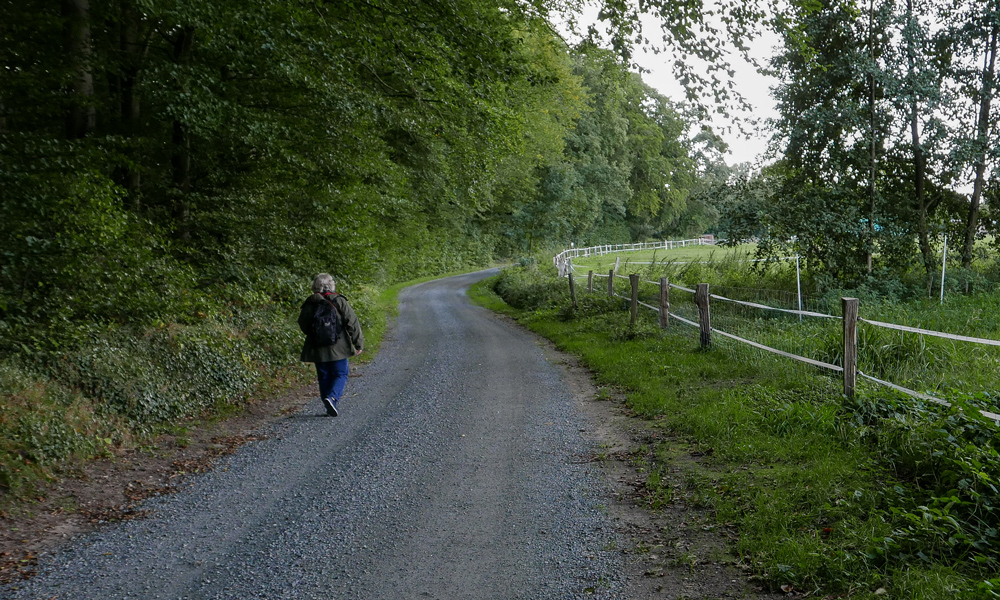 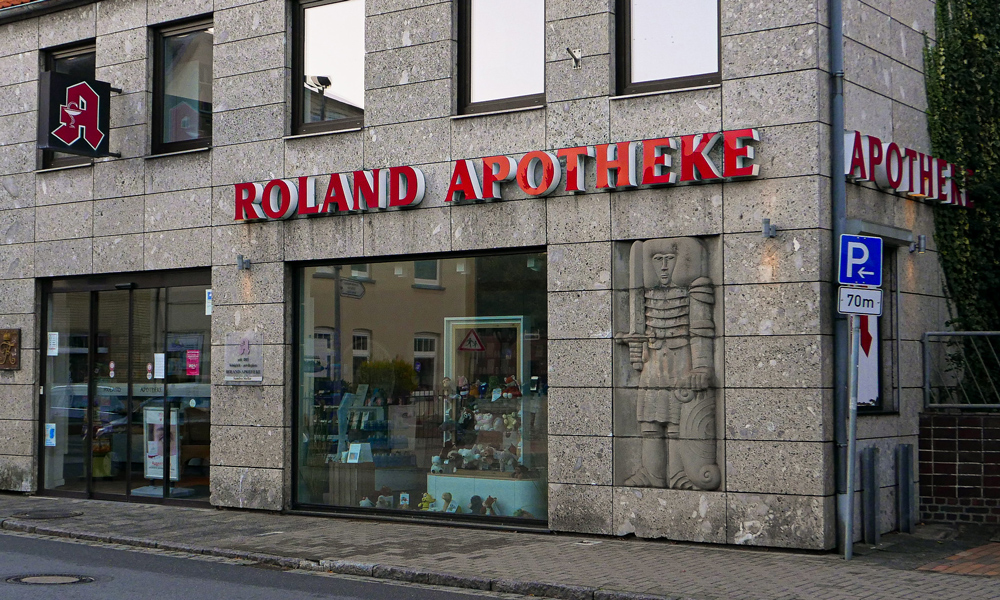 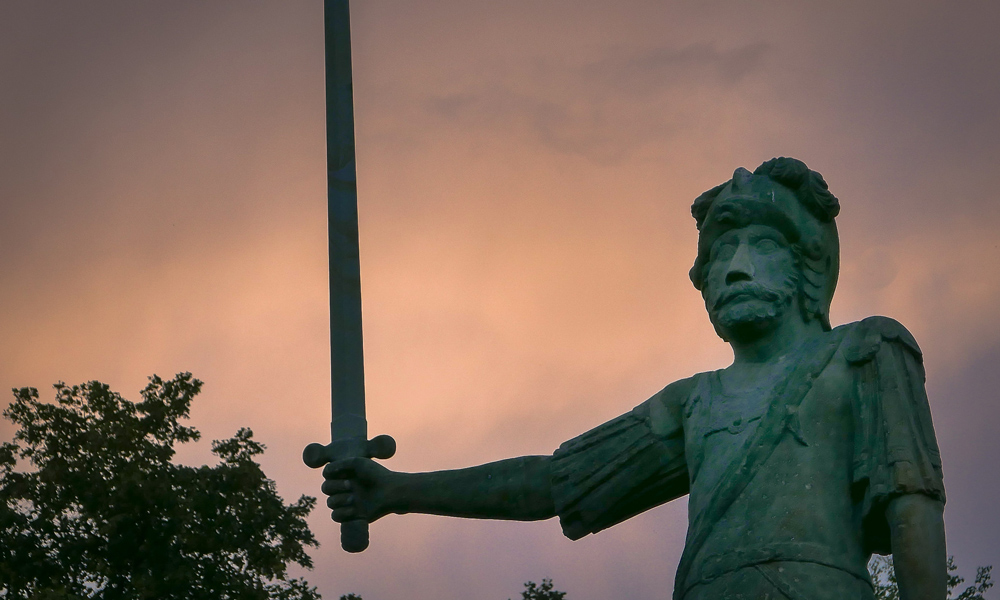 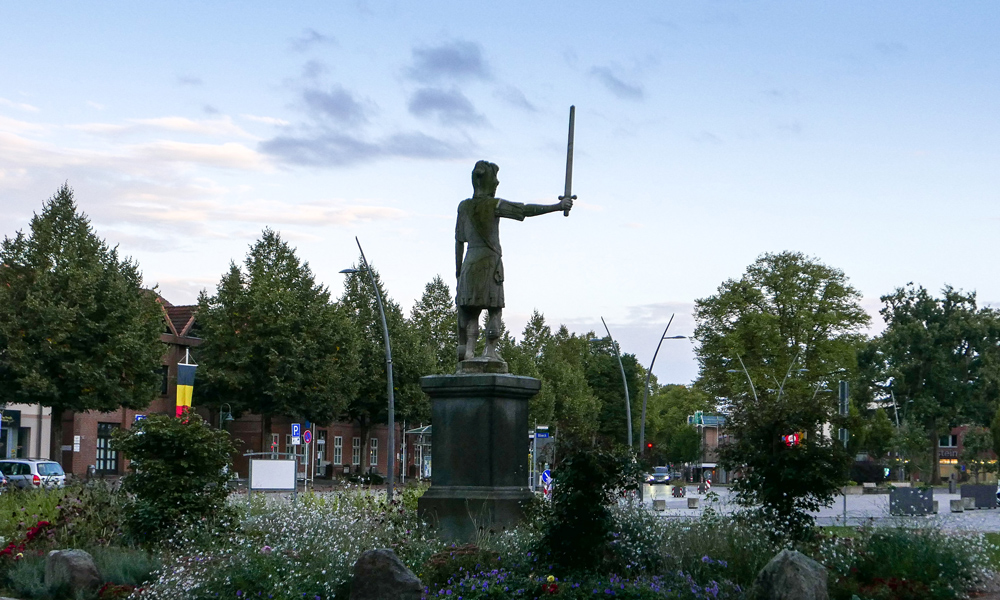 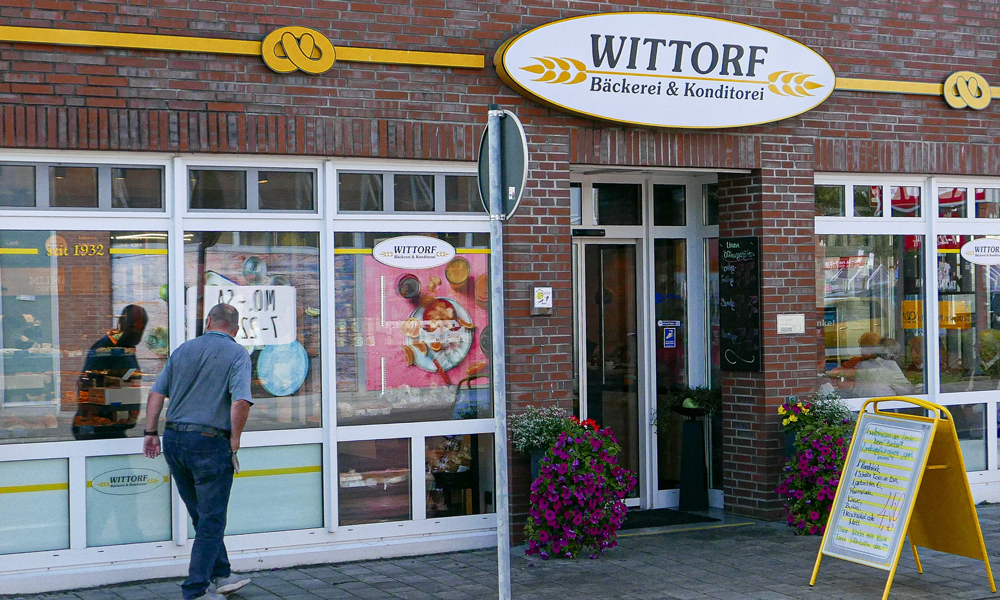 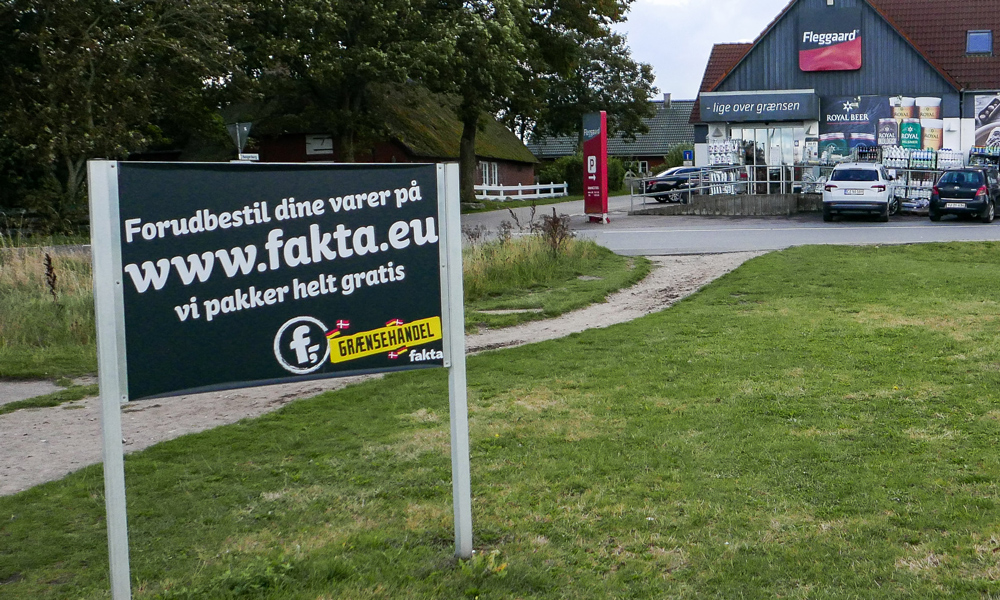 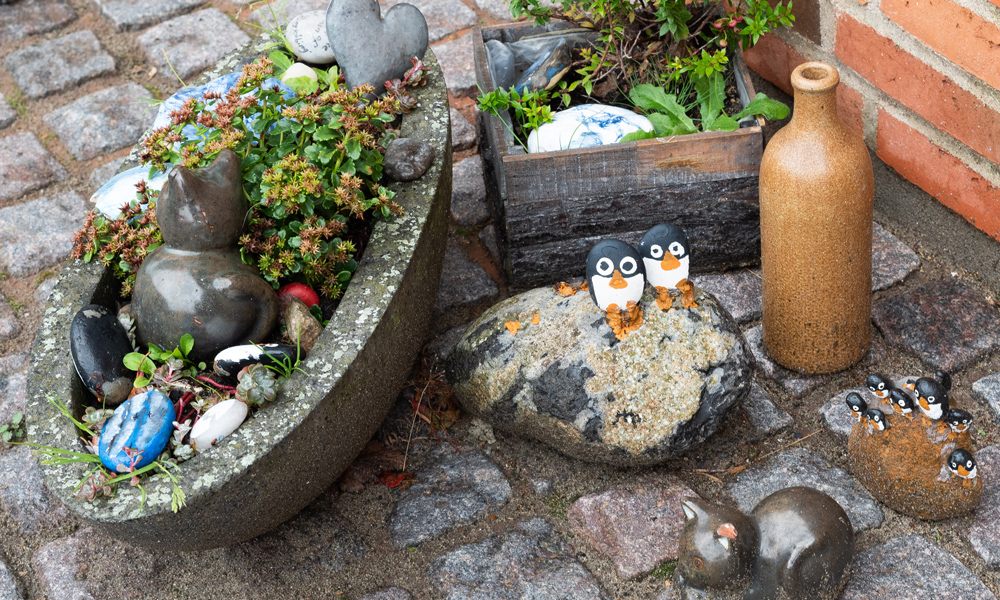 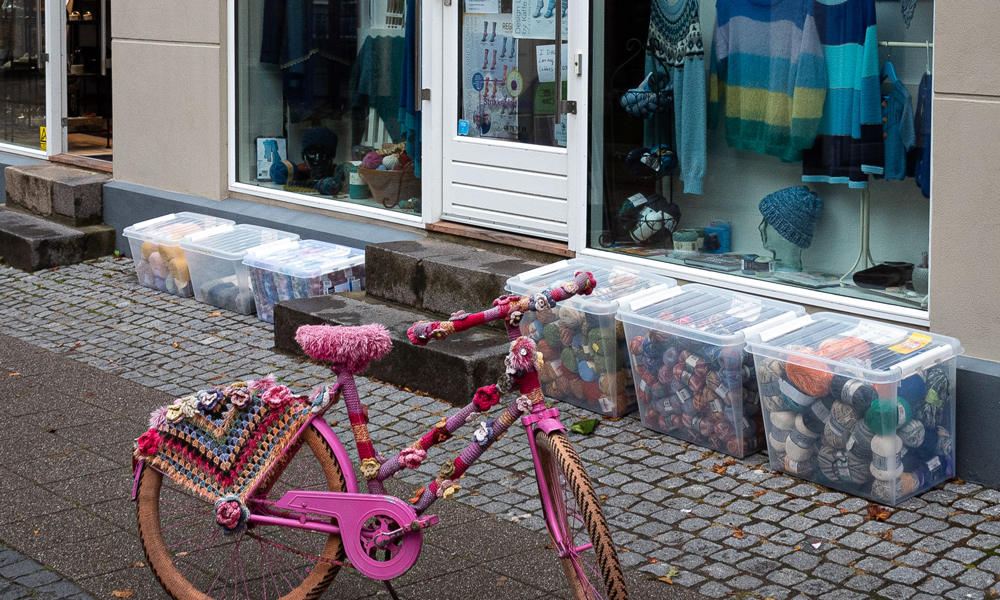 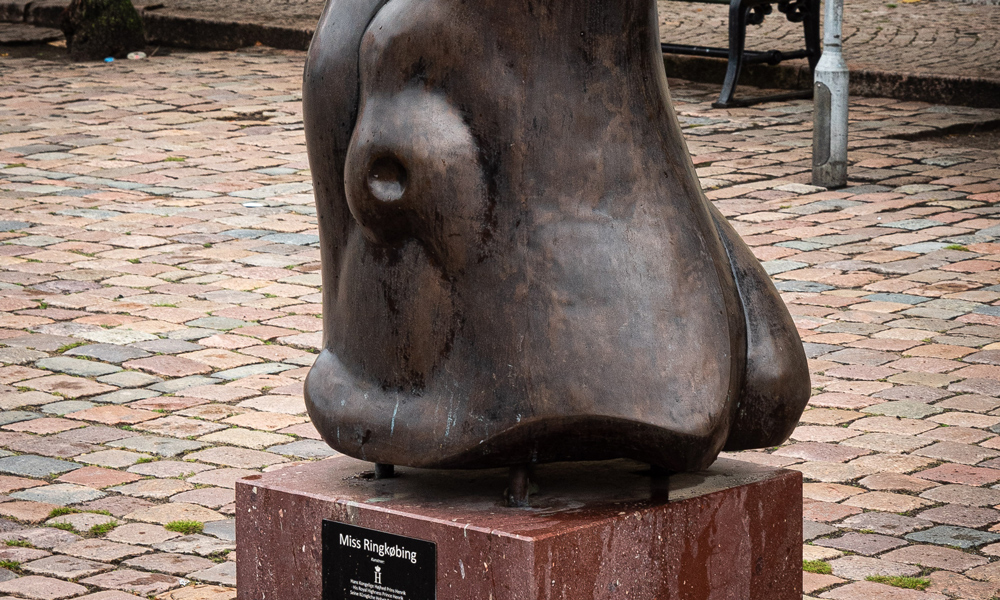 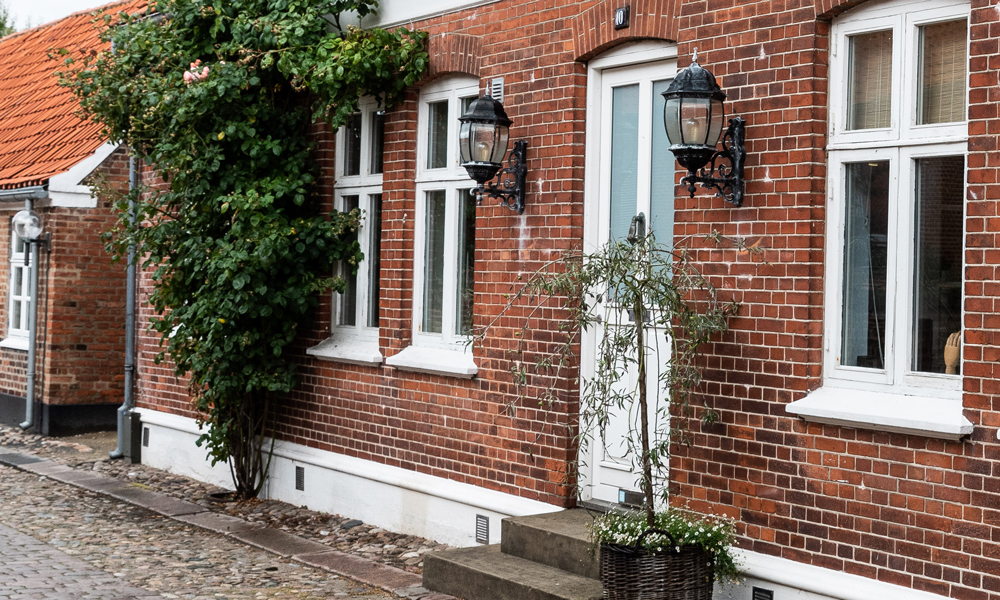 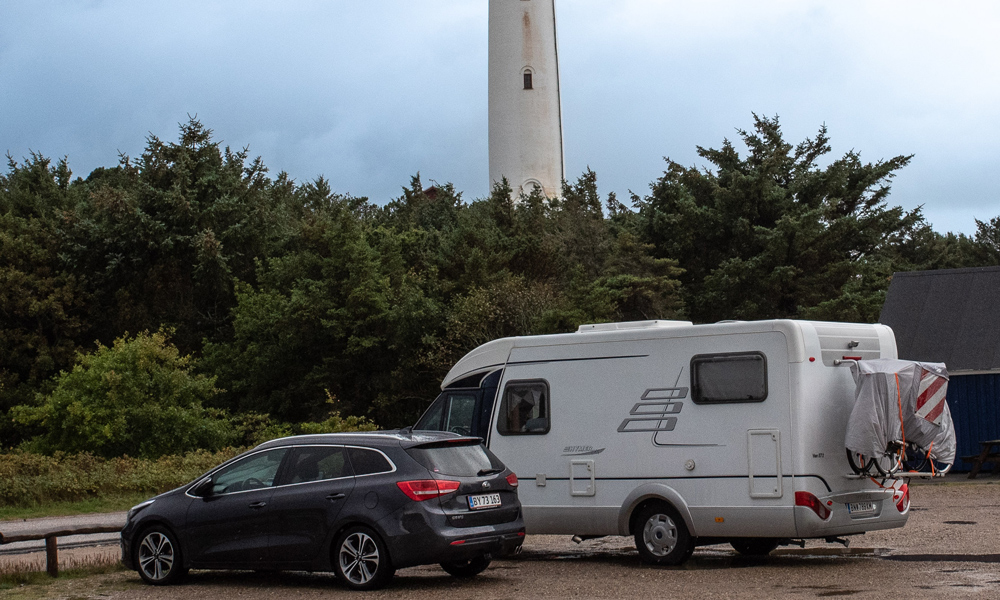 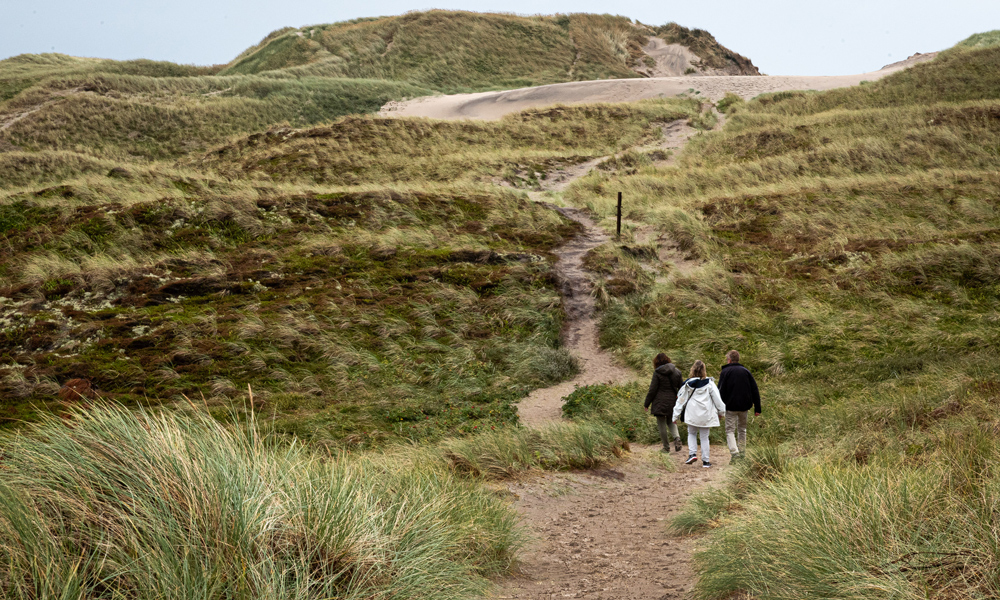 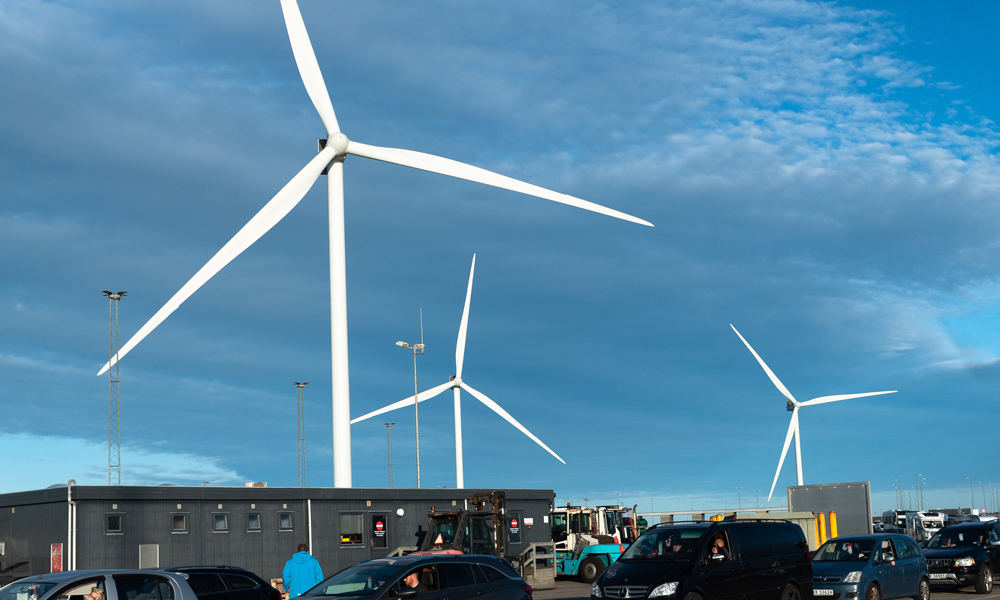 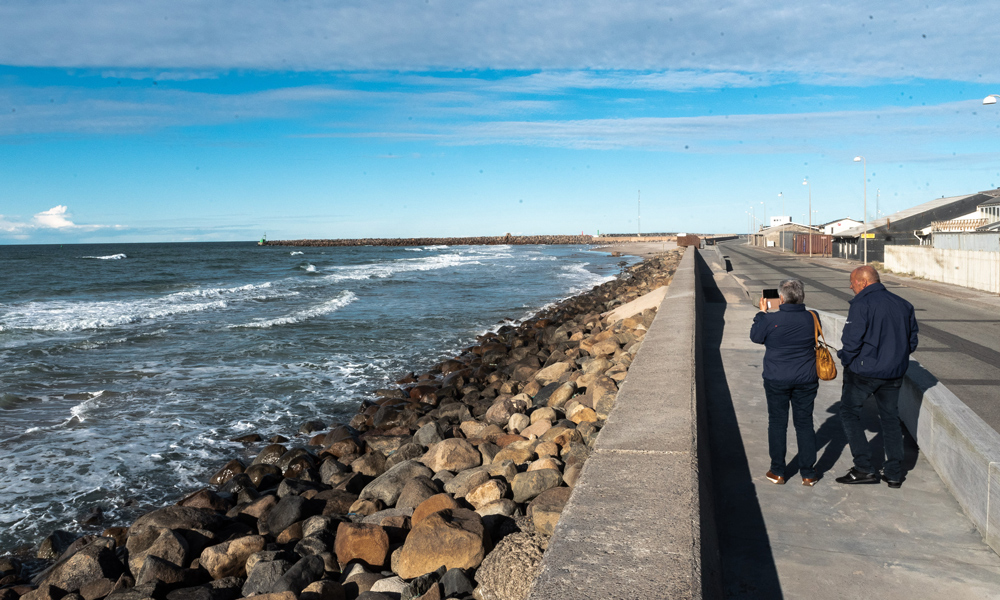 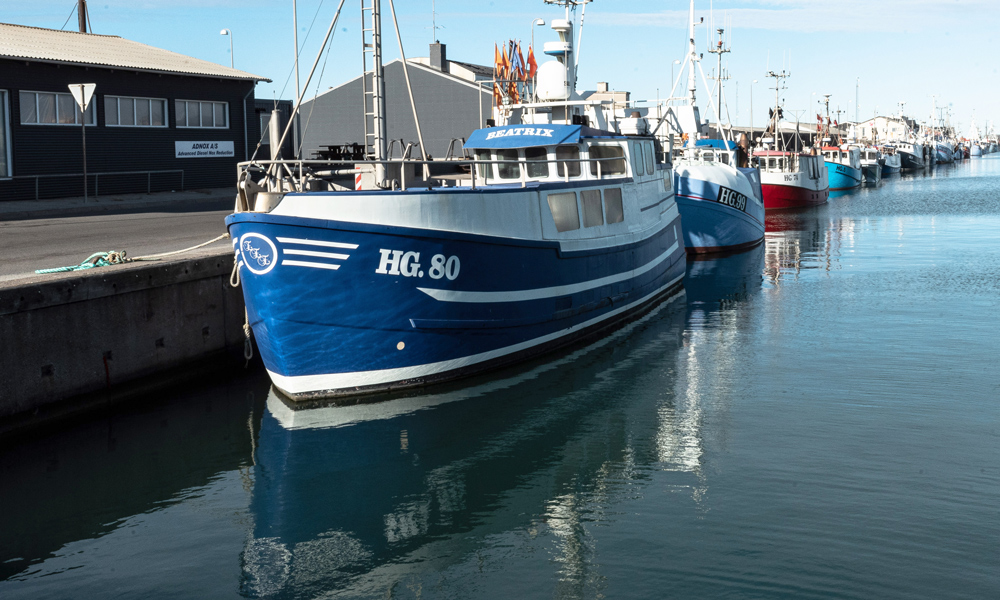 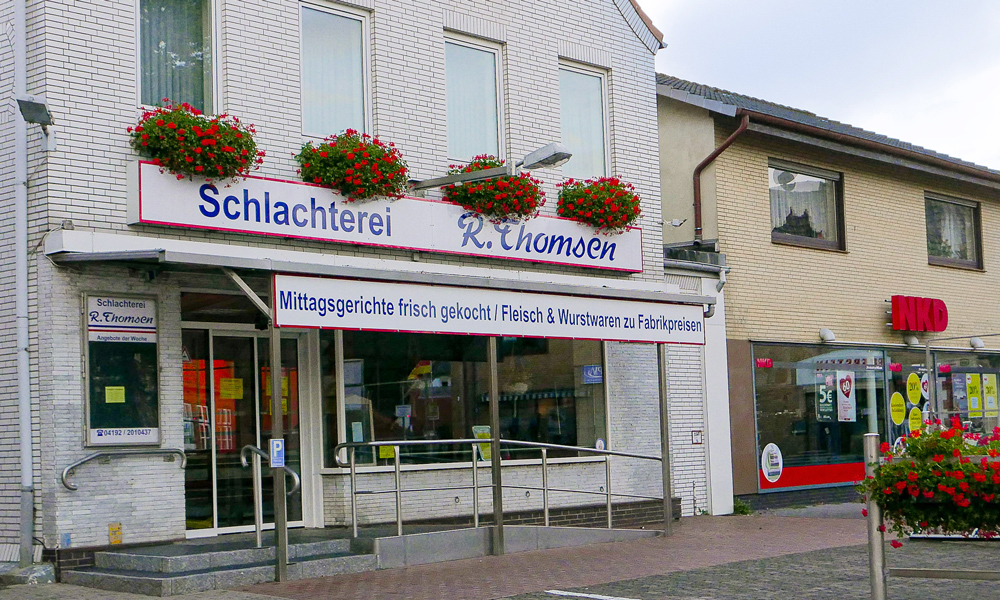 Air under the wings: The greylag goose and campers head south

Travel reports from abroad
We are always fascinated by the greylag goose that gathers in elegant formation under the sky every autumn and heads south. But why not follow, at least a little along the way?

A little on happiness and piety, we roll south through the Jutland landscape. The grain has been harvested. Windmills close together, huge trolls with their arms in a resting position and giants whirring slowly around. Green energy from the Danish wind, which otherwise always blows in the opposite direction when you are on a bike ride in the flatlands. E45 is driven fast, astonishingly fast we think soberly and Norwegianly, taking into account expensive fuel and increased consumption at high speeds. We remember a sign along German motorways in the late 1970s; - No faster than 130. At the time, a timely appeal to save fuel when the Arab oil sheiks held back on oil.

When you have a lifelong relationship with the quirky sect called the campers, the vagabond in you awakens as soon as you park at a foreign rest area. Heavyweights with Norwegian and foreign characteristics evoke good vibrations as they roll into painted booths. Old acquaintances from the continent's motorways. Schenker. Bring. Charcoal. The big guys take statutory breaks, sloppiness can result in fines. The traffic picture otherwise on the motorway is very different during the autumn holidays than in summer. In the maelstrom in the oncoming field, motorhomes, caravans and, even more rarely, tourist buses are only glimpsed occasionally.

We cross the border into Germany with updated Covid facts on the phone and a pack of medical masks in the glove compartment. You never know in a country that is careful about formalities. The Helgarding proved as useful as the euro notes for the otherwise cashless Norwegians.

Wind turbines alone will not save the planet. Facts and common sense say that all road users must contribute to reduced emissions, i.e. a reasonable and environmentally friendly motivation to plan for shorter expeditions when the pace of travel starts to change. Therefore, we set our continental turning point in Bad Bramstedt in Schleswig-Holstein, a town we had barely registered on the road map west of the A7 before, even though we have spent so many holidays chasing south and north on this stretch. In this hidden gem, we were once again to experience well-organized German regional public transport and also to hear about royal side trips.

We thrive in small German towns and the explanation may be that here you walk in a streetscape this pensioner remembers from the industrial estate of his childhood, supplemented by Chinese restaurants and Italian ice cream cafes. Bad Bramstedt's approximately 12.000 inhabitants can buy coarse rolls, bread and sweet cakes in at least five bakeries. The raw materials for today's schnitzel are cut in a butcher's shop - Schlacterei R. Thomsen. Along the main street you can park for two hours with half the car on the pavement, all based on trust without parking discs and parking guards. You won't stay long in the city before you feel the rush of history. Starring Roland. In another slightly more piquant role, the Danish-Norwegian king Christian IV. Roland is the city's landmark where he is enthroned high on a plinth with sword in hand. In his time, he supervised that all trade with, among other things, bulls took place fairly. Other disputes in this otherwise peaceful city were to be resolved under the supervision of Roland on the shelf.

The way of the bulls

Bad Bramstedt was an extremely important town for trade and traffic with thousands of oxen that were driven south from Jutland to Germany and the Netherlands every spring. That is why one of Germany's most famous cycle paths is called the Ochsenweg. The route takes the cyclists through cities, along canals, through forests and along marshland and farmland. You roll in the tracks of Jutland farmers, soldiers and pilgrims, traders and beggars. In Bad Bramstedt, the campsite must of course be called Camping Roland. One of the city's many pharmacies bears the name Apotek Roland, an institution with royal privileges, whatever they may include in the Republic of Germany. Roland in stone and a solid size is embedded in the wall of the pharmacy. The city's most important workplace is Haus Alexander, a clinic that treats rheumatic disorders. The place was founded by Oskar-Alexander, a merchant of Jewish descent. This last cost him his life and he died in the Sachsenhausen concentration camp in 1942.

King Christian IV of Denmark-Norway was once passing through Bad Bramstedt. The king's feminine gaze caught the teenage girl Vibeke Kruse, who was in town doing laundry. The monarch needed a maid of honor and employed the young beauty in 1629. We have no idea what happened in the royal chambers - but Vibeke gave birth to a son in 1630 and a daughter by royal charge in 1633. The king was so grateful - possibly in love, that he handed over a castle to her. So royal infatuation outside so-called right circles is not new. The farmer's daughter is honored with a statue in the center of the town. König Christian IV has had a street stump named after him.

Hamburg is four miles and an hour's bus and train ride away. Tickets for trains and the big city's buses and trams were paid - in cash, with a helpful driver on the local bus. Simple and unbureaucratic. In Freie und Hansestadt Hamburg, a menu so extensive awaits you that you will never leave empty-handed. We prioritized the Museum der Arbeit and a strong photo exhibition about strikes. It is right to be reminded that the fight for workers' rights is a dramatic and global story. And outside the museum enthroned TRUDE, the monster who drilled the new tunnel deep under the Elbe.

Time to say goodbye to Schleswig-Holstein, past even more windmills planted on German soil. Old and unprofitable arable land is "seeded" with solar panels as far as the eye can see. Along the way, even more foundations are being prepared for sky-high power producers. How tall can these monsters get? Germany's green shift is running in high gear. The Engergiewende and the forest of white monsters reshape the landscape dramatically. The greylag goose heads south to winter quarters in the Netherlands, France or Spain. We roll north again, to the border trade in North Frisian Aventoft. Flat-packed beer and mineral water, wine in bottles and wine in cartons, sweets in frightening quantities are carried out in short- and long-distance motorhomes, passenger cars or loaded onto small trailers by those who live in an EU country. Plenty of parking spaces. We from outside the country must fill in a form in which we solemnly promise not to resell the beer cans.

The next stopover is Ringkøbing. In the summer, a lively anthill. In the low season, peaceful Danish small-town charm with cobbled streets and alleys. The guest slips into a calm stream of the city's own and takes holiday pictures without the maddened tourists who always ruin good summer motifs. Houses in red brick refreshed with rose bushes growing out of the street, small shops for everything nice to buy, not least for those who knit. The square is adorned with a sculpture signed by a real court supplier. His Royal Highness Prince Henrik was good for more than being the queen's consort.

We Westerners know that the weather changes rapidly in the coastal regions and take such challenges head on. Coastal people will walk on the paths through distinctive dunes at Lyngvig lighthouse, through fine-grained sand in a coastal landscape quite unlike our own clean-cut mountains. Westerners want to hear and see the North Sea. But the daylight suddenly disappears. We barely have time to get sand under our shoes before rainy westerly weather whips around our ears and chases us back to the car. The GPS calculates the shortest route to Hirtshals! Soaked, we can stay at home.

Over the years, the vagabond has spent many hours waiting in line in Hirtshals and 6000 hours at sunset at the campsite under the lighthouse. The fishing harbor with blue-painted fishing cutters and fishermen mending nets is attached to countless photos. But the winds of change have swept over the town and its 2022 inhabitants. The town has become a modern fishing port and an efficient ferry terminal. In July 190.000, 630.000 vehicles and XNUMX passengers passed through the port. New record. Short or long break in Hirtshals, the lessons always have a touch of melancholy in them. A few hours at sea - and you are on Norwegian soil. The traveling party curiously hunted for experiences in new and familiar places, a bit like the gray goose that inspired us to get air under our wings. Hope the flock steered clear of all the windmills. Looking forward to seeing you again, plowing over the rooftops on a northbound course.