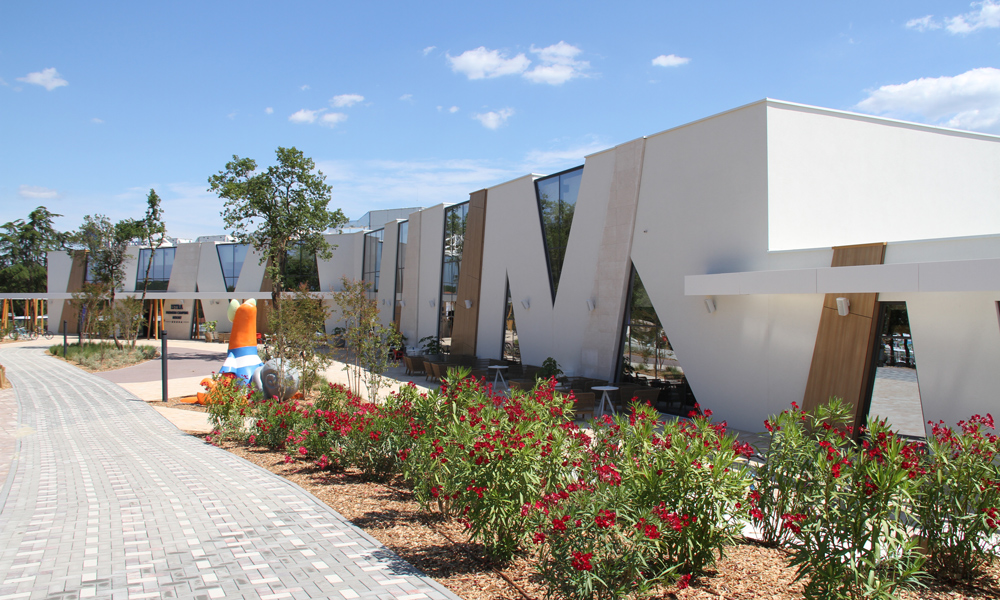 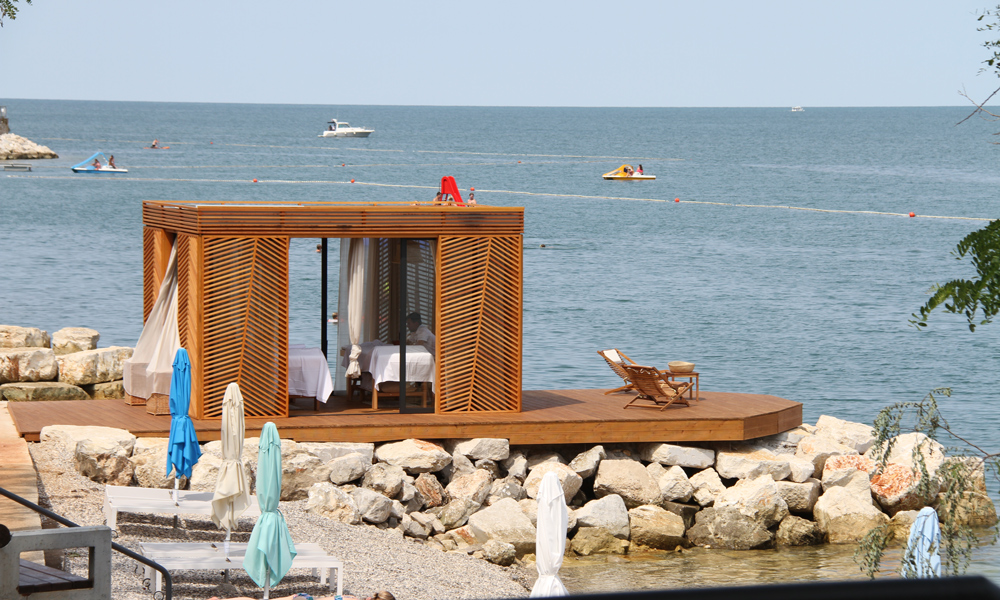 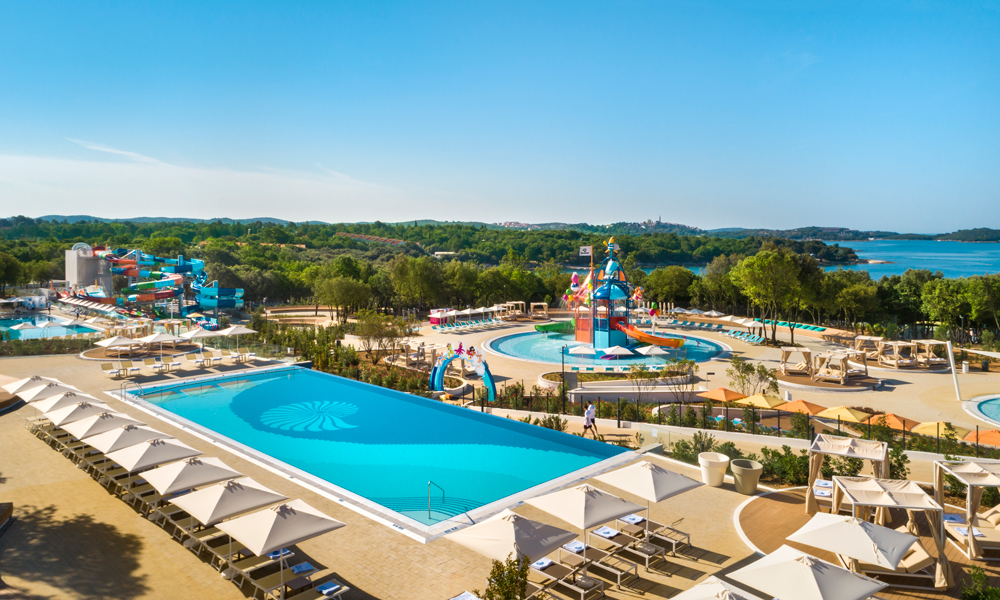 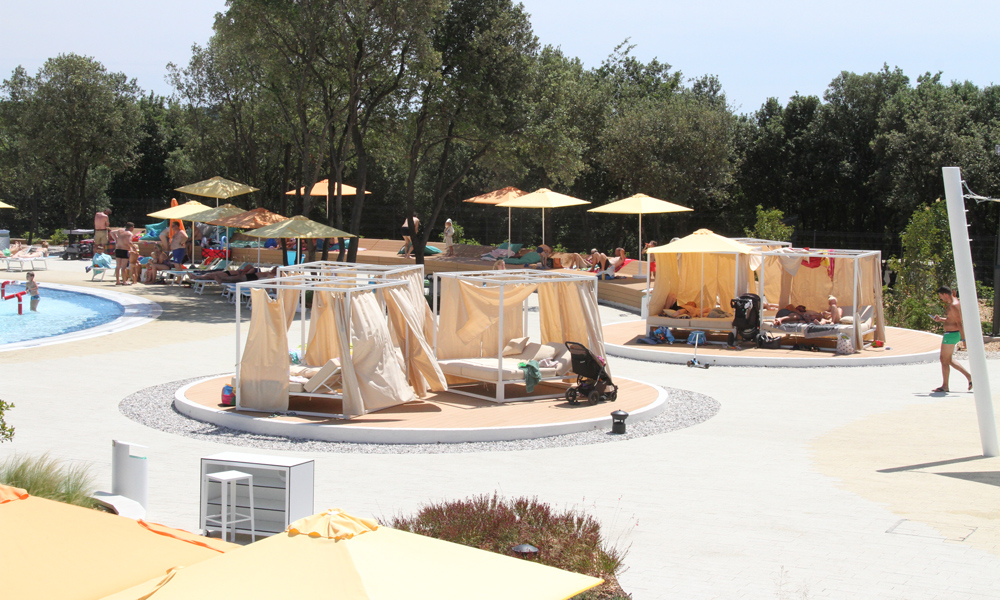 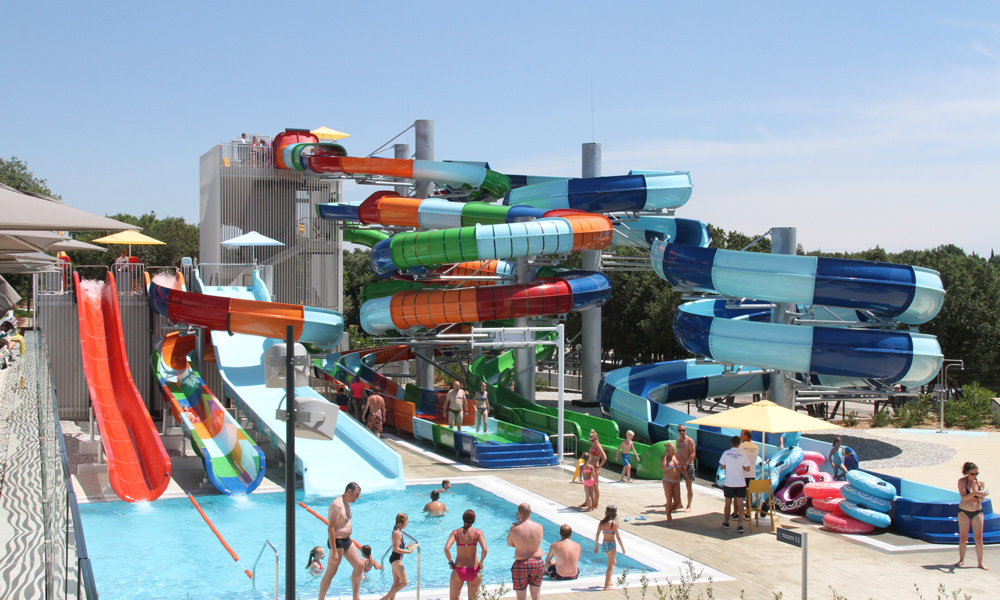 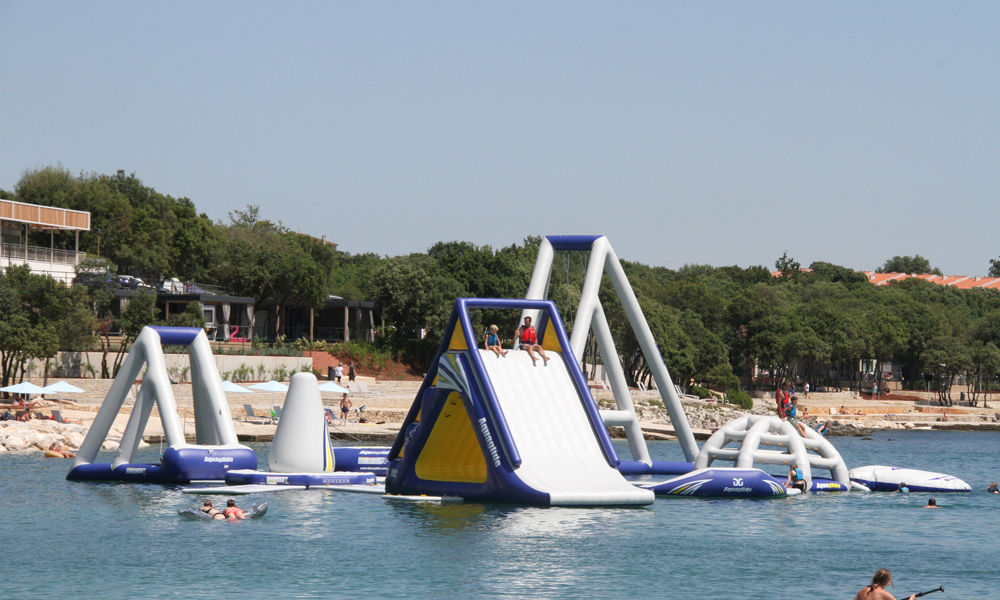 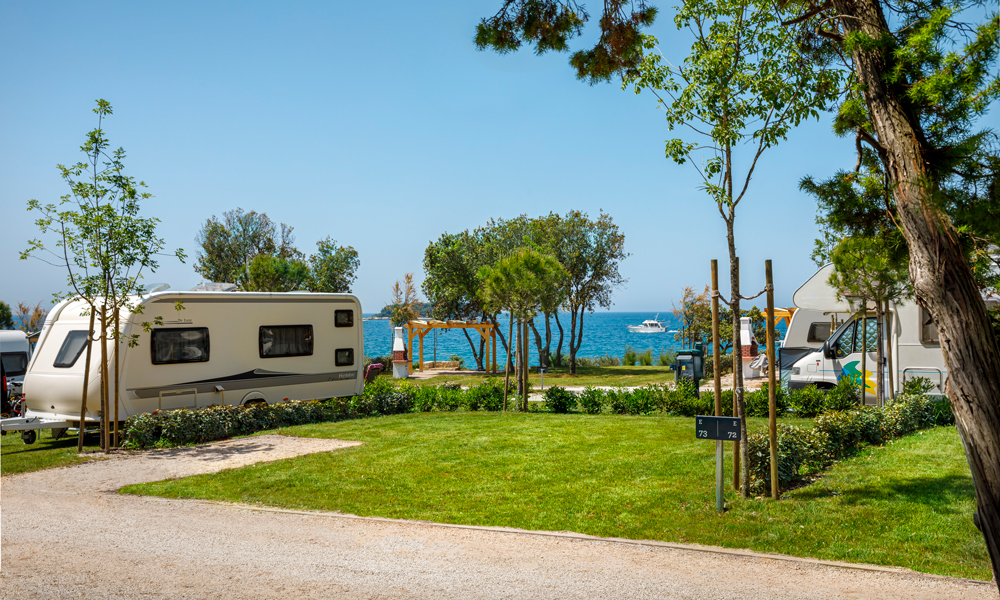 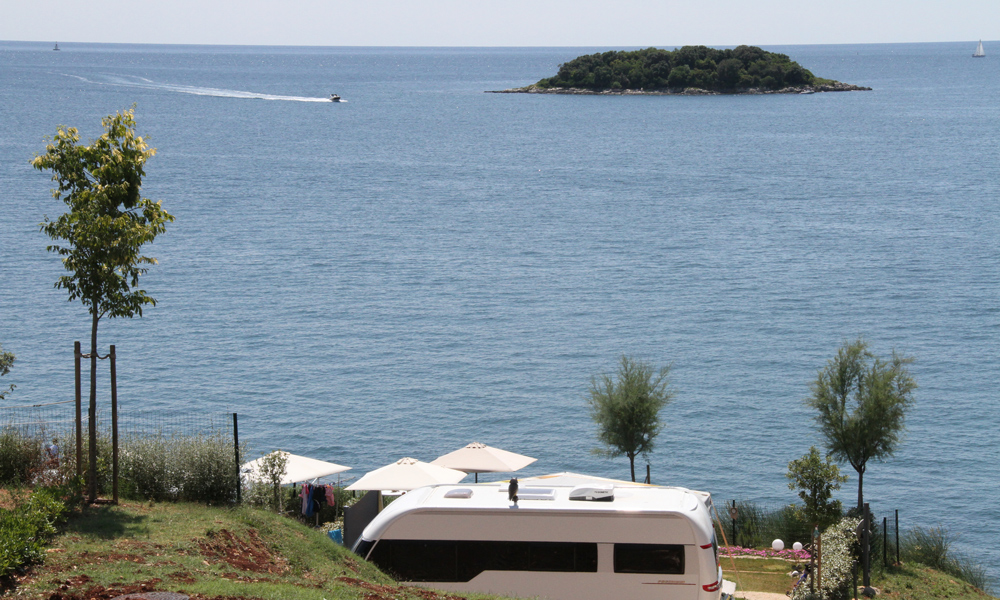 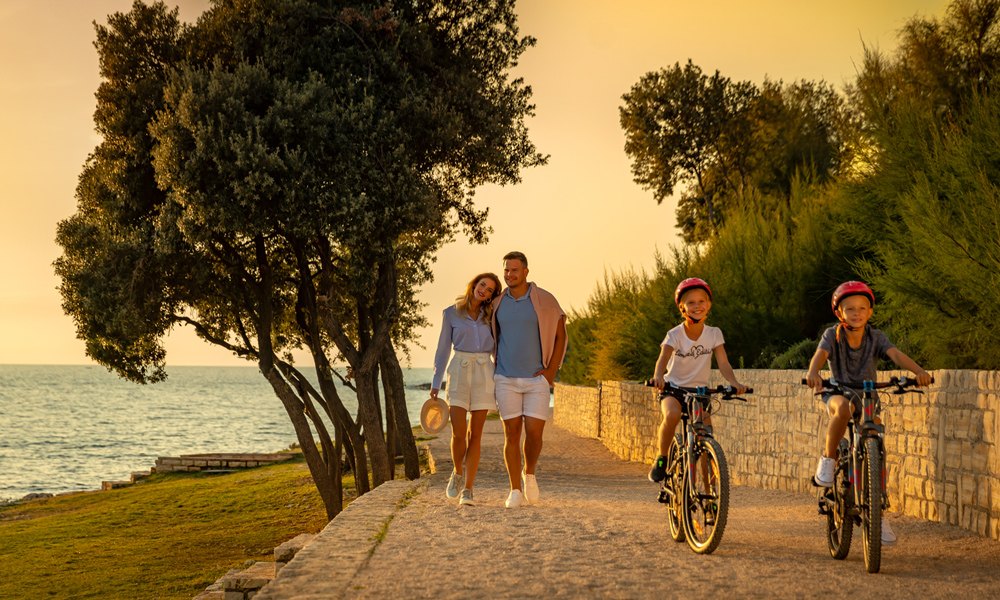 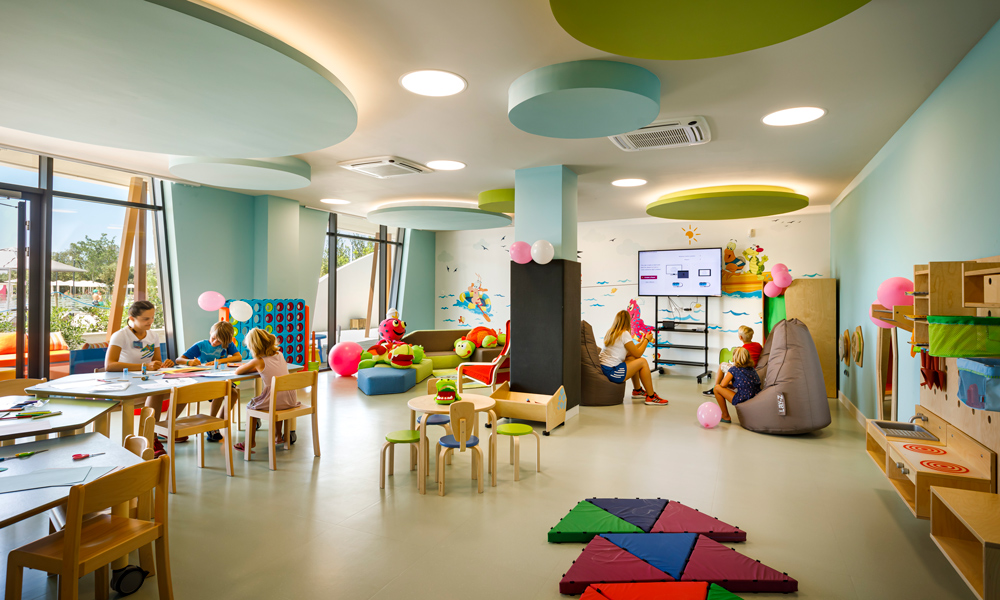 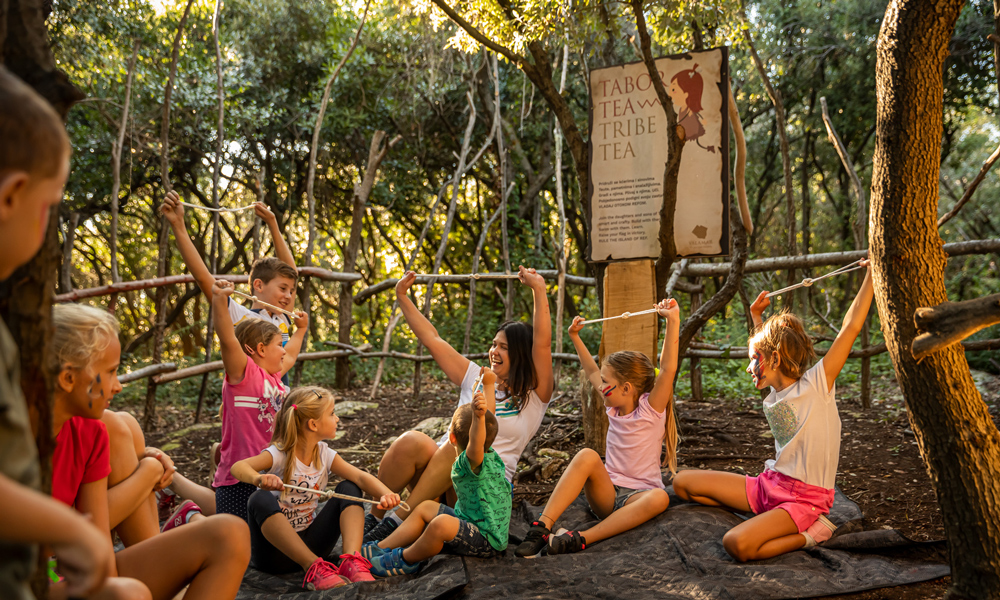 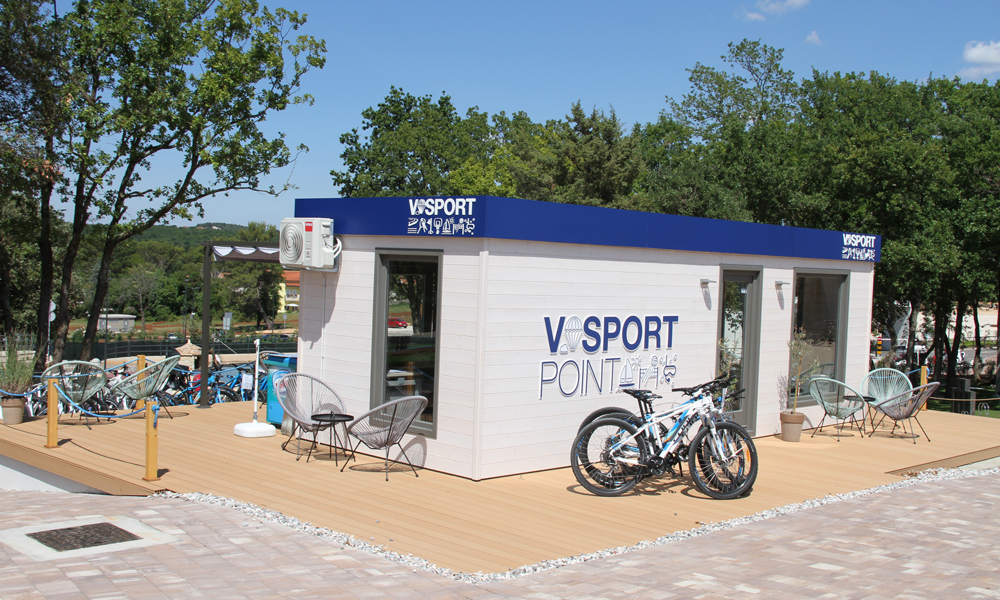 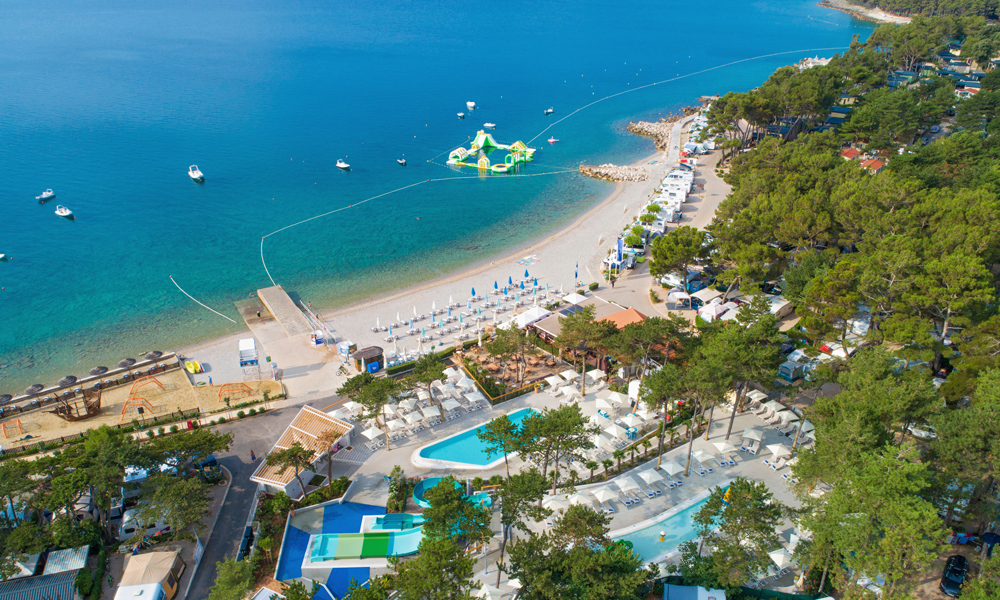 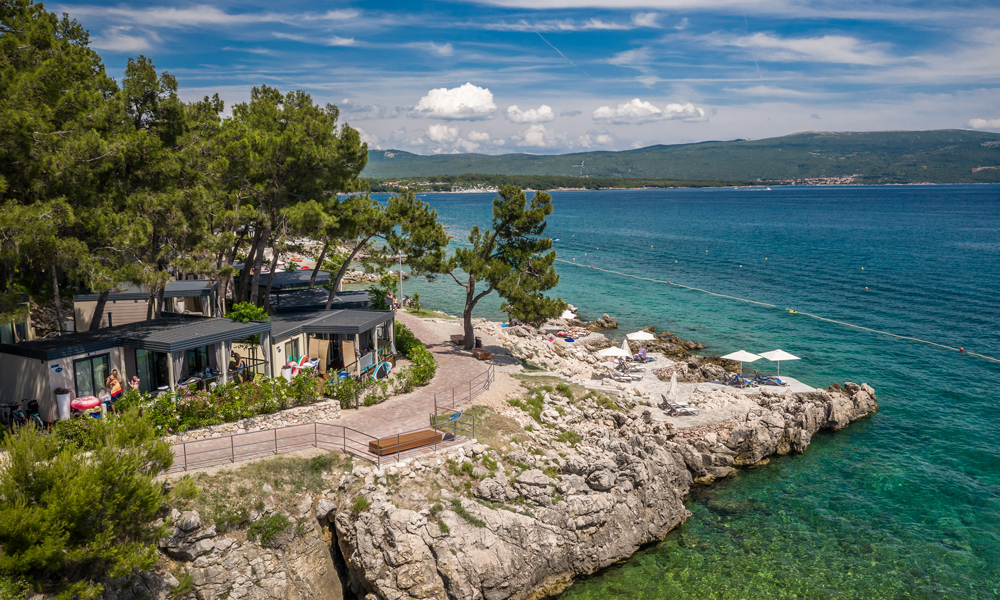 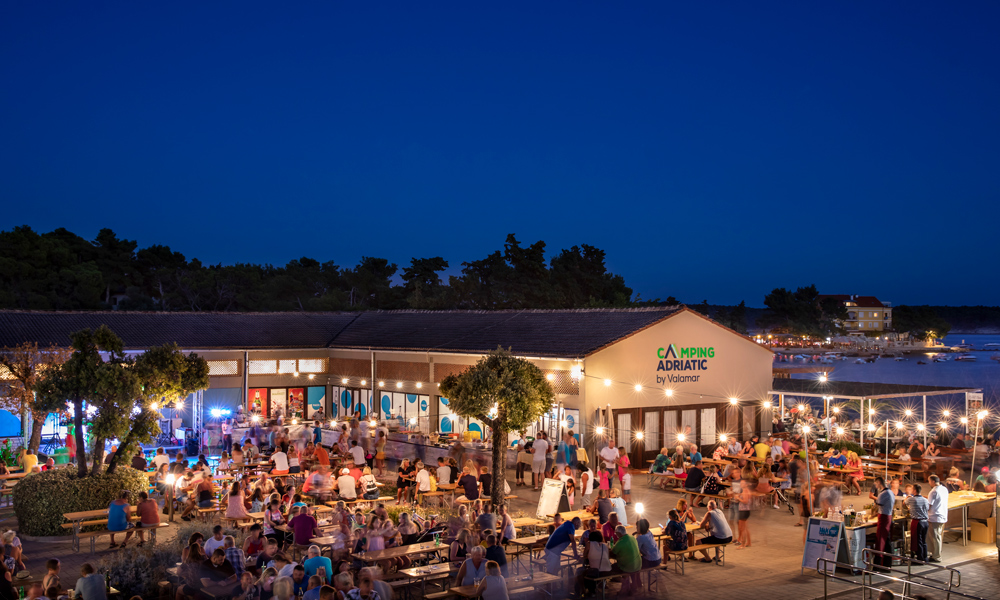 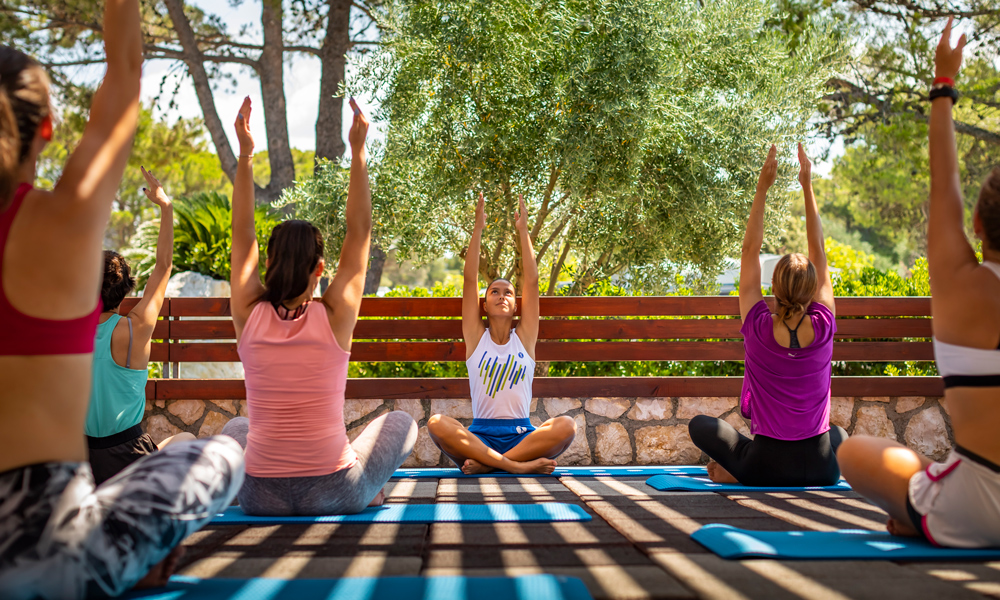 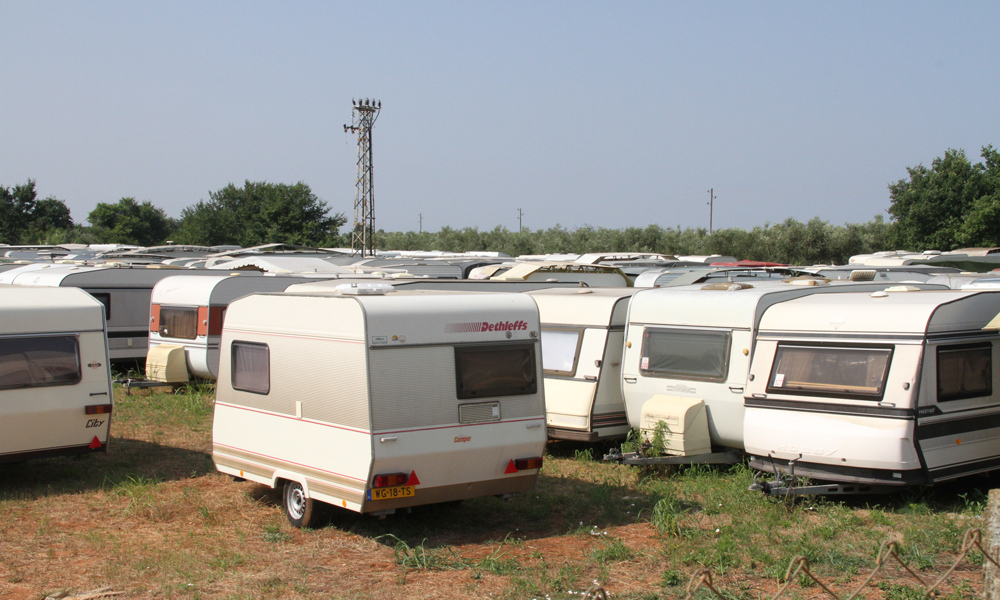 After the corona pandemic: The campsites in Istria are being equipped

Travel reports from abroad
The Istrian peninsula in Croatia has grown to become one of the largest campsite areas in Europe. Sun, warmth, clear water, rocky cliffs and camping facilities of a high standard attract many tens of thousands of campers from all over Europe. The year 2020 was characterized by the corona pandemic, and large parts of Europe were closed to travelers. But the involuntary "break" was used to equip the campsites to even higher quality levels.

Once an Italian, now Croatian peninsula, Istria stretches from the northwestern Balkans into the Adriatic Sea between the Gulf of Trieste and the Kvarner Gulf at Rijeka in Croatia, and has history dating back to pre-Roman times. During Roman times, Istria was a recreation area for Roman emperors, with large bathing facilities in a number of towns and on the Brioni archipelago. Something the Roman collosesum in Pula tells about. Istria has been subject to Byzantium, Venice, Aquileia, from the 1500th century partly under the German-Roman Empire and then Austria-Hungary until 1918. Then the whole of Istria came under Italy, until in 1945 it entered Yugoslavia. After the war of independence in the Balkans in the 1990s, Croatia has built up a significant tourism industry. In Istria, the campsites are close together along the azure Adriatic Sea, where the sun almost always shines.

One of the biggest players in the camping industry, Camping Adriatic by Valamar, almost specializes in families with children. Over the past few years, they have invested significantly in facilities that cater for both the children and their parents. Istra Premium Camping Istra was newly opened in 2019, after a solid rebuild and upgrade. Now two other sites, Jezevac Premium Camping Resort on Krk and Padova Camping Resort on Rab, have been upgraded accordingly. But the main focus is still on Istria, where Lanterna and Istra Premium compete to see which one has the best offer.

Well-arranged pitches with electricity, water and drainage, far away from the potato fields many Norwegian campers have experienced, help to give camping in Istria a luxury touch. The service buildings are numerous and maintain a high standard. And should it be too far to haul the caravan all the way from Norway, you can rent state-of-the-art camping cabins. These camping cabins, or so-called "mobile homes" as they are called in good "Nynorsk", are large and spacious and most are located so that they have a great view of the sea and beach. It's all connected by asphalted minor roads where the speed limit is 10 km.h.

Beach life with swimming is probably the most sought after, and most people visit one of the many bathing areas during the day. Or they enjoy themselves under sunshades around wagons and motorhomes. But for those who lose, separate offers have been developed. Large water parks specially adapted for children aged 3 and up, with slides, splash pools, waterfalls and play equipment, attract children of all ages. It is all monitored by service personnel to maintain high security and avoid accidents of any kind. Similar play equipment can also be found in the sea. The whole point is that both children, parents and adults should enjoy themselves and have a good time together.

For well-being and training, there are separate departments that provide massage, sauna and jacuzzi. A number of sports arenas for tennis, volleyball, football and jogging are located around the area. Events such as tennis, mini-golf and a number of training opportunities are used diligently, even though the temperature in summer is generally in the upper 30s. Bicycle hire for trips both inside and outside the campsite fence is also available. In between are so-called romantic meeting places, or separate pavilions with curtains, where couples and families can meet in peace and quiet and enjoy nature and silence.

In the actual service building with reception, there is also a large activity center for children. There are toys, building blocks, and most anything a child could want from puppets. It's all supervised by babysitters, so that mum and dad can get some quality time for themselves, should they wish. The latest is that special excursions are now being arranged, where children can take part in a "learning excursion" that goes through special trails around the area. At each location, a small story is told, and this is emphasized with tableaus to stimulate interest. The concept is that on a good camping holiday, you should not only lie on the beach and soak up the sun, but gain experiences that the participants will take with them further.

Larger entertainment centers have also been set up in the middle of the camping areas. There are concerts, games and games for children. Should you get hungry, there are countless coffee bars and cafeterias that serve up both international and short-traveled national snacks. There are many restaurants, from small ones with simple service to large gourmet restaurants with wine lists that would not put a Michelin star or two to shame. Every morning, moreover, the square smells of freshly baked bread and rolls that are sold from the many small arches around the square. It is all clean and tidy, not so much as a popsicle to be seen along the roads and paths. In short, it is all set up to enjoy holidays and free time - in the truest sense of the word.

New for next year is an even closer connection to nature. According to Camping Adriatic by Valamar, it means "oases of green and blue for a carefree holiday". There will be more space, more attention and even more security for each individual guest. The capacity of pools, sanitary facilities, Maro Clubs (for the children) and other facilities must be increased. In the restaurants, there will now be family table places available so that everyone in the family can relax and enjoy themselves, it appears. In addition, the campsites must comply with a comprehensive program of new health, safety and environmental standards with advanced cleaning procedures to effectively improve hygiene standards. This also includes the general safety of playgrounds, swimming pools and other facilities. A separate Health & Safety manager will be available 24/7 for any health care during the entire stay for the guests

The starting point is that the best way to charge the batteries is to live by the sea and enjoy the sun and nature. This is now being extended to also apply to the winter season from 1 October to 31 March, when the campsites have usually been closed. A month's stay will cost around NOK 5500. It is also possible to book a year-round pitch for caravans. The wagon will then be stored in a closed and guarded area just outside the campsite itself. On the agreed date, the pram is picked up and driven into place at the chosen staging area, and driven back to storage when the holiday period is over.

Preparations are now being made for standardized offers and facilities at the places that are part of the chain. With this investment, camping life will be raised further on the quality ladder. Not least this applies to camping as a family activity, where even the smallest will get offers adapted to their age.

How to get to Istria

These are motorways of a high standard. The shortest is via Salzburg and Ljubljana. Austria and Slovenia have motorway tolls in the form of vignettes. If the motorhome is over 3500 kg, you must have your own "autopass" box in both countries. In Croatia, tolls are collected in the "old fashioned way" at manned toll stations. Other roads are also of a good standard. Travel time from Kiel or Rostock: About two days.