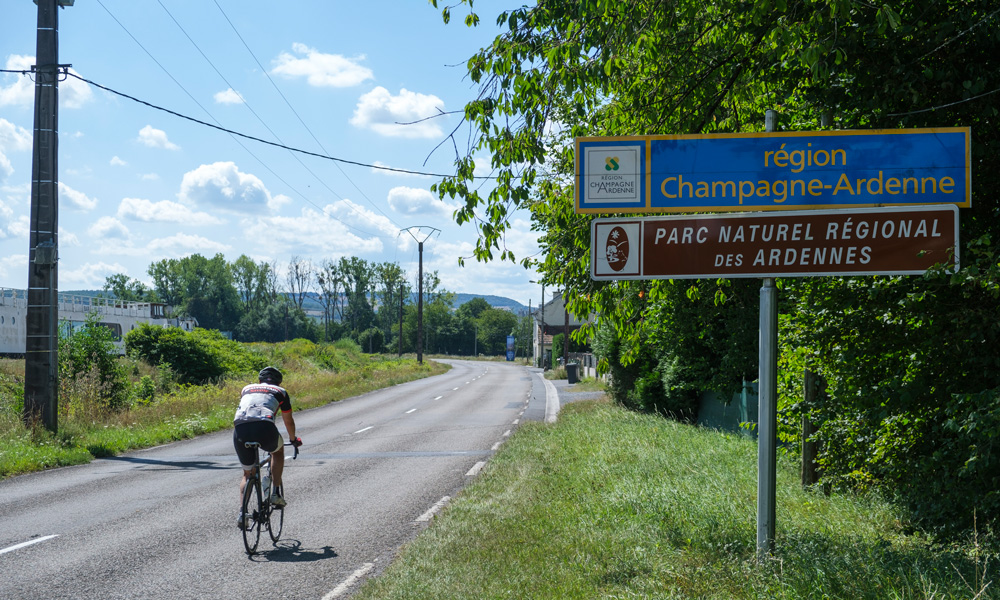 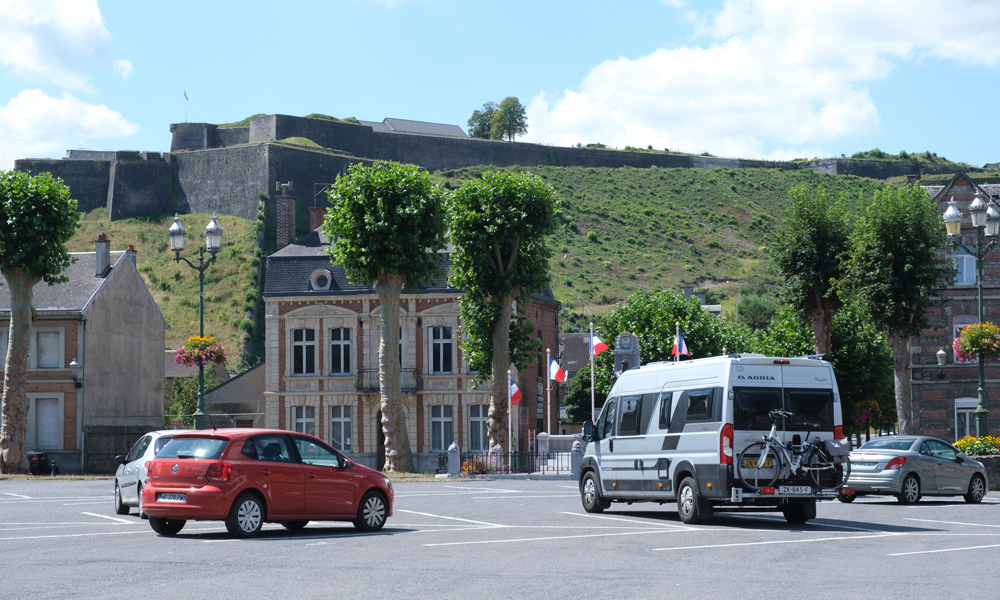 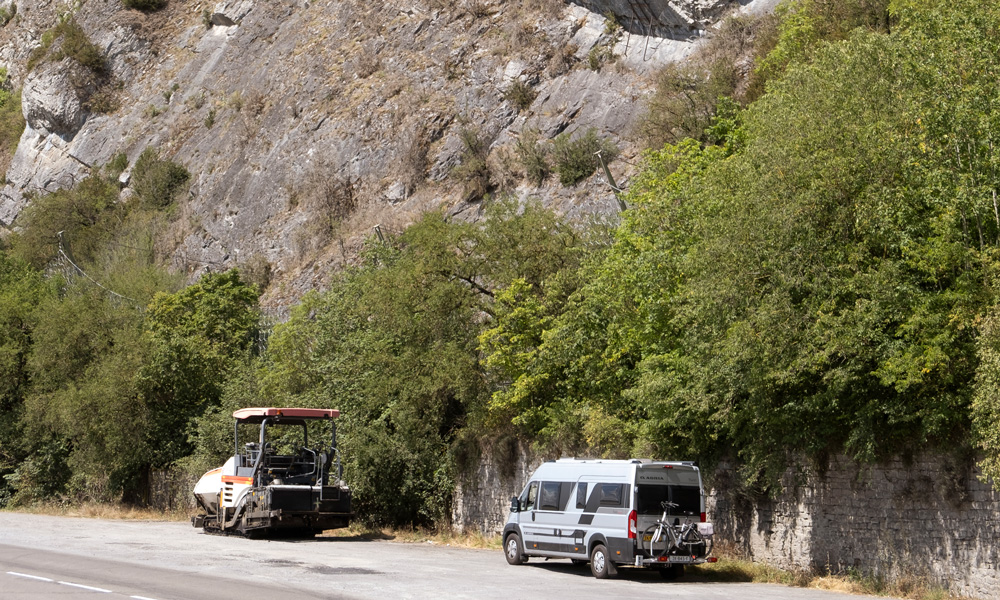 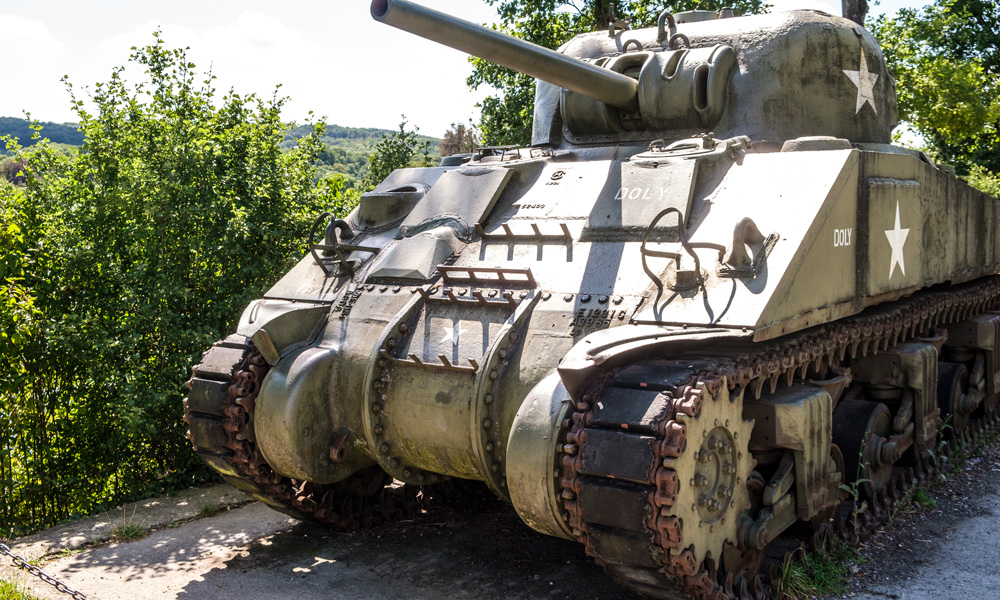 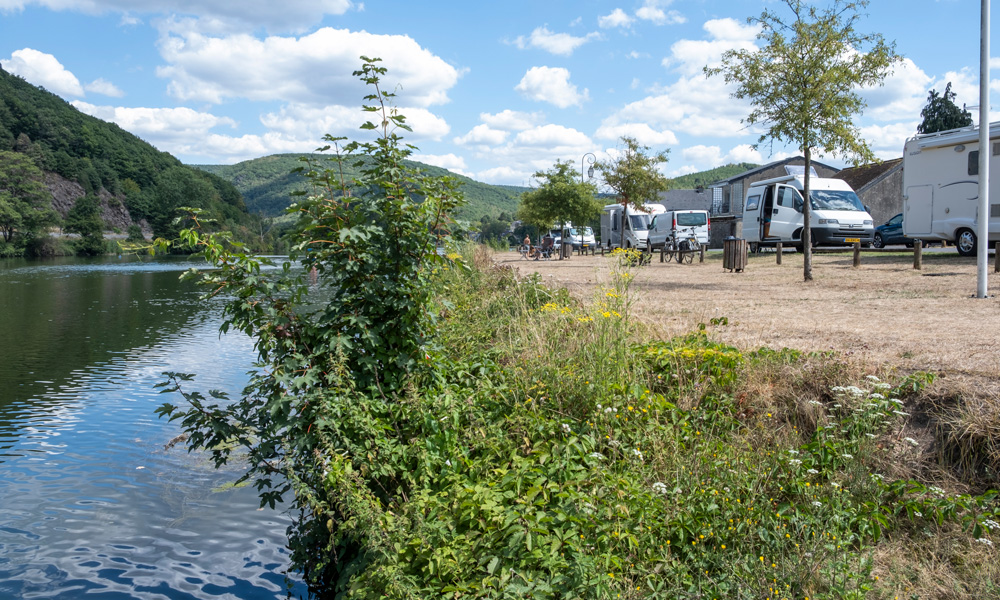 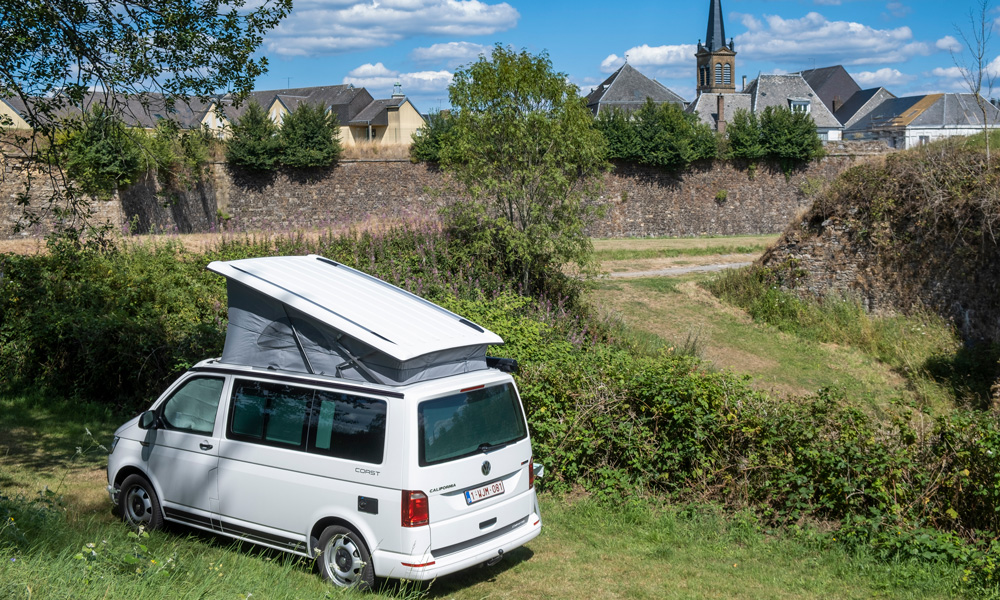 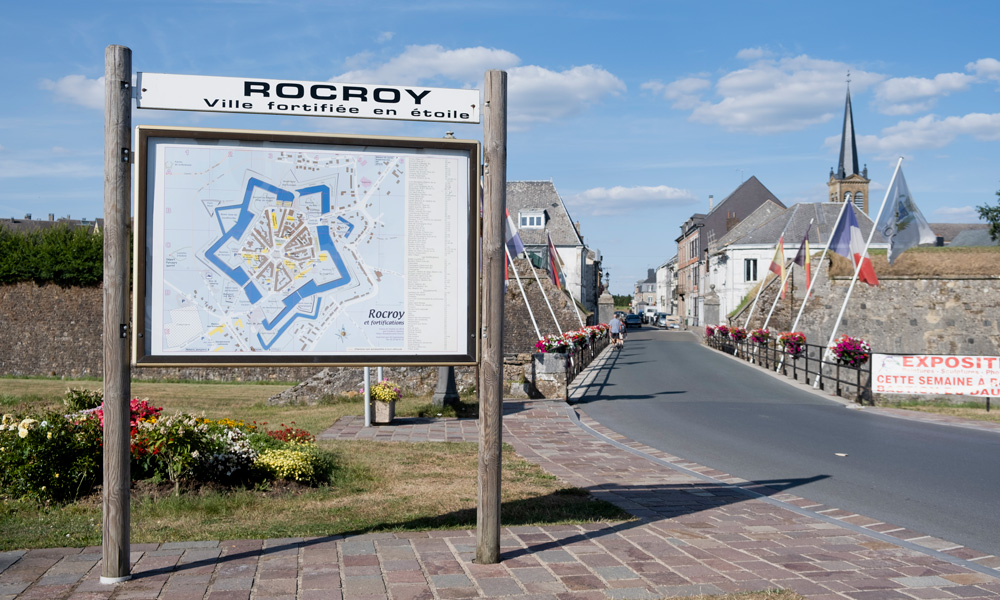 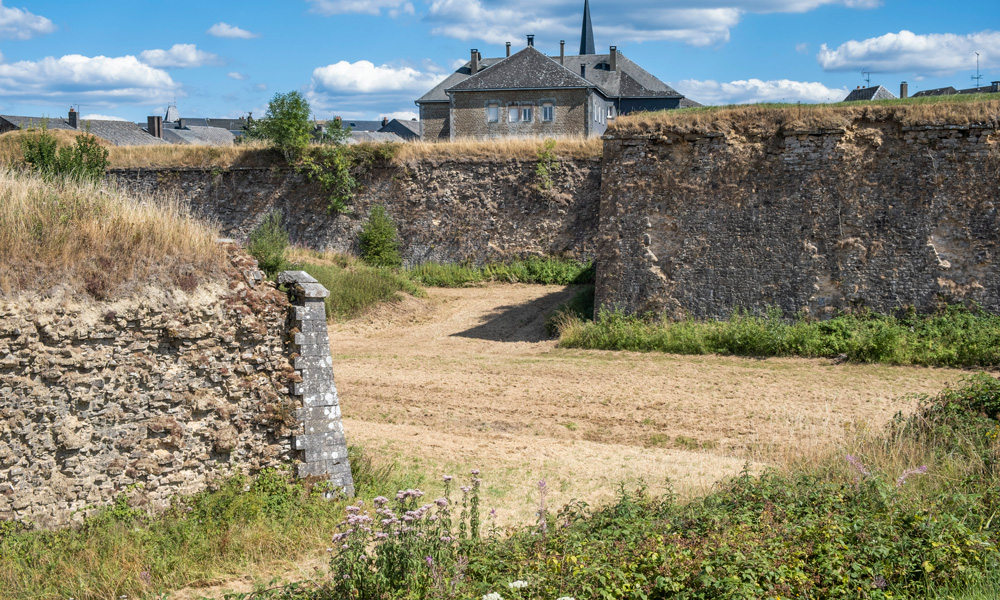 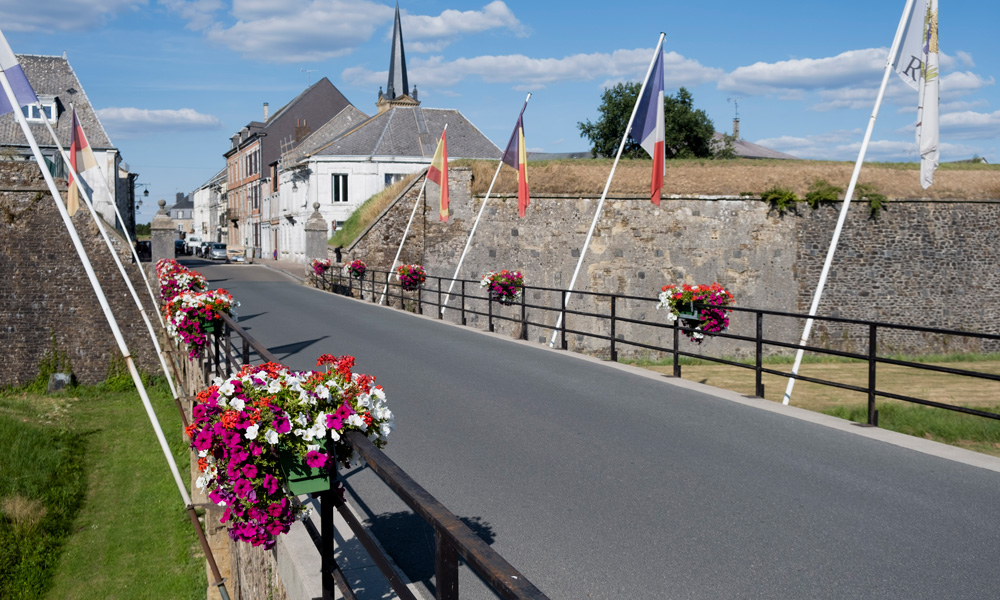 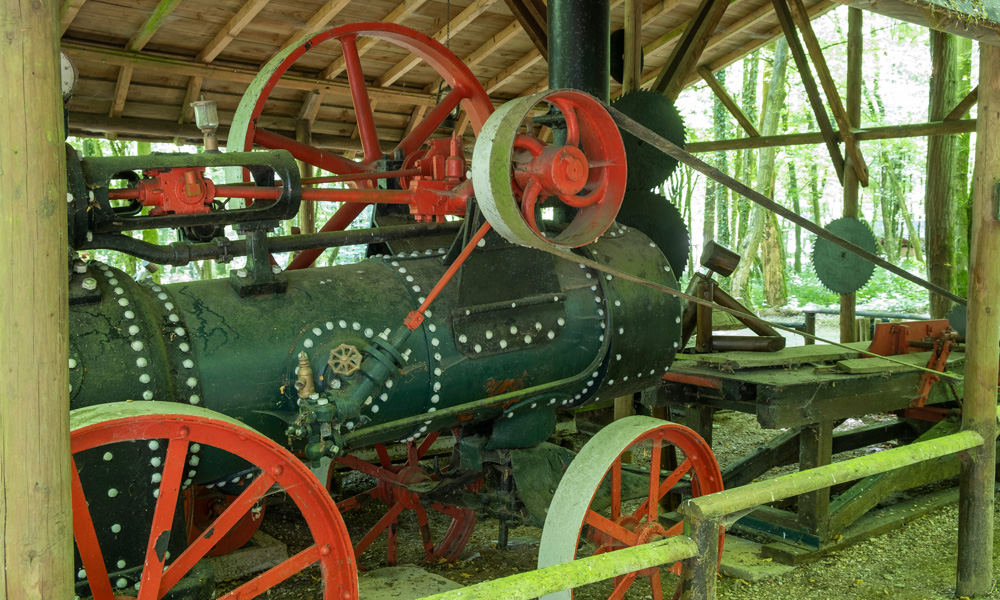 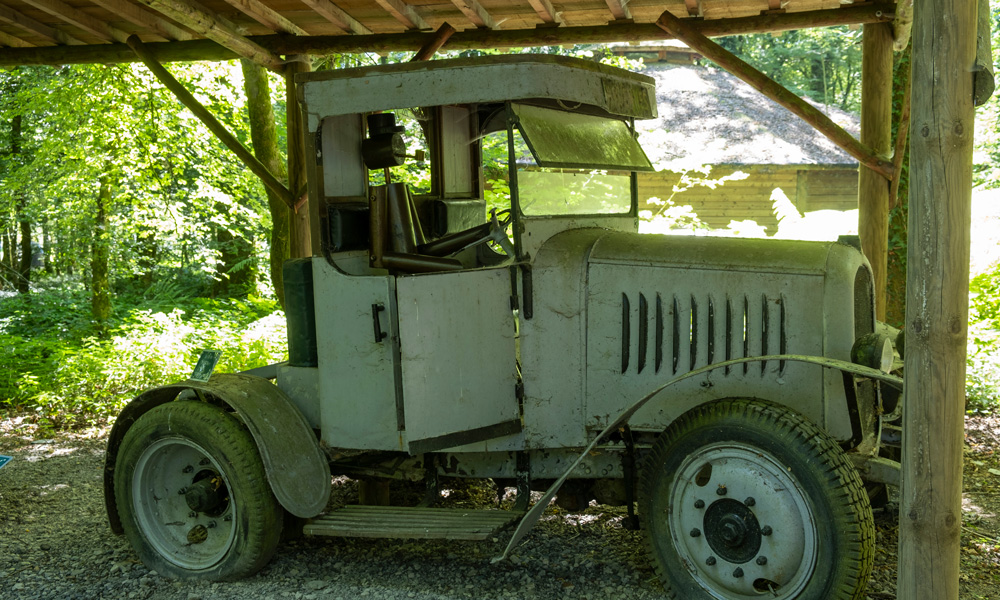 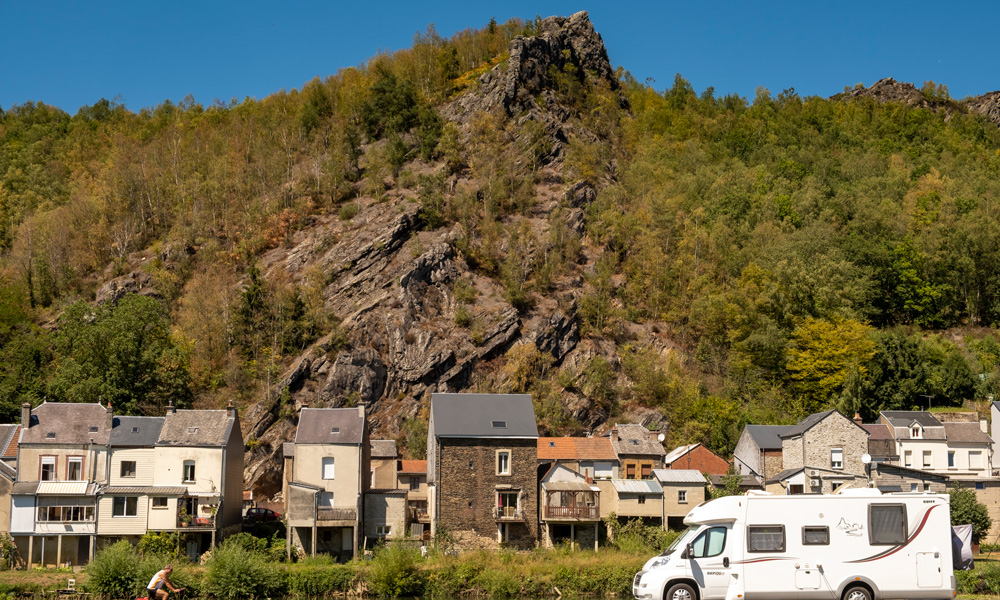 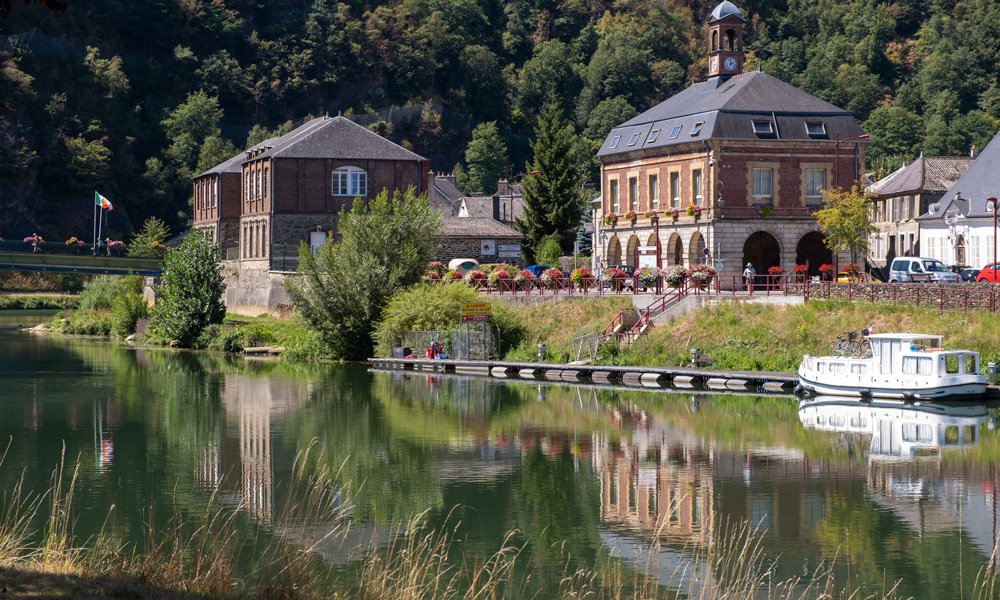 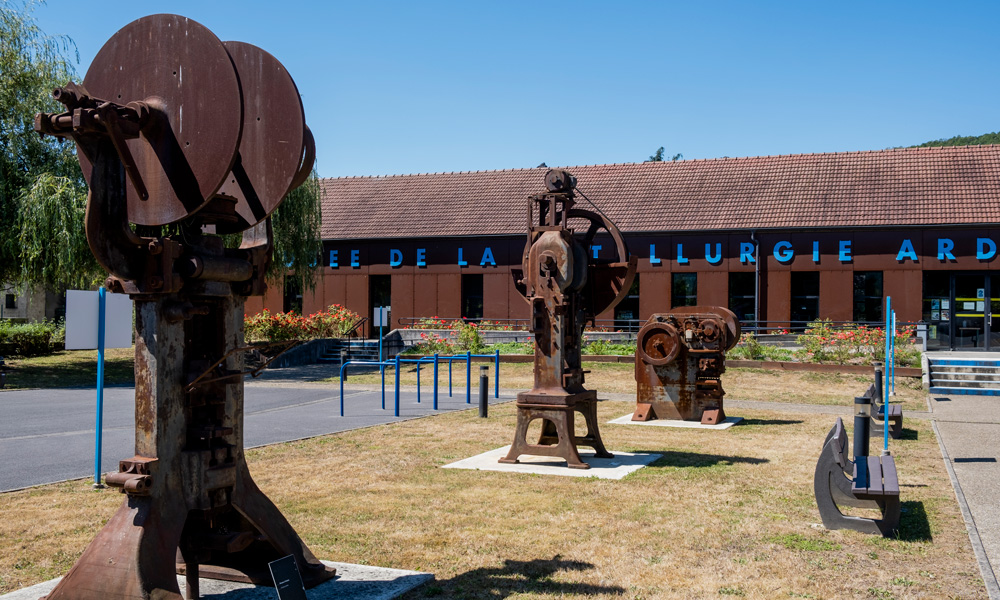 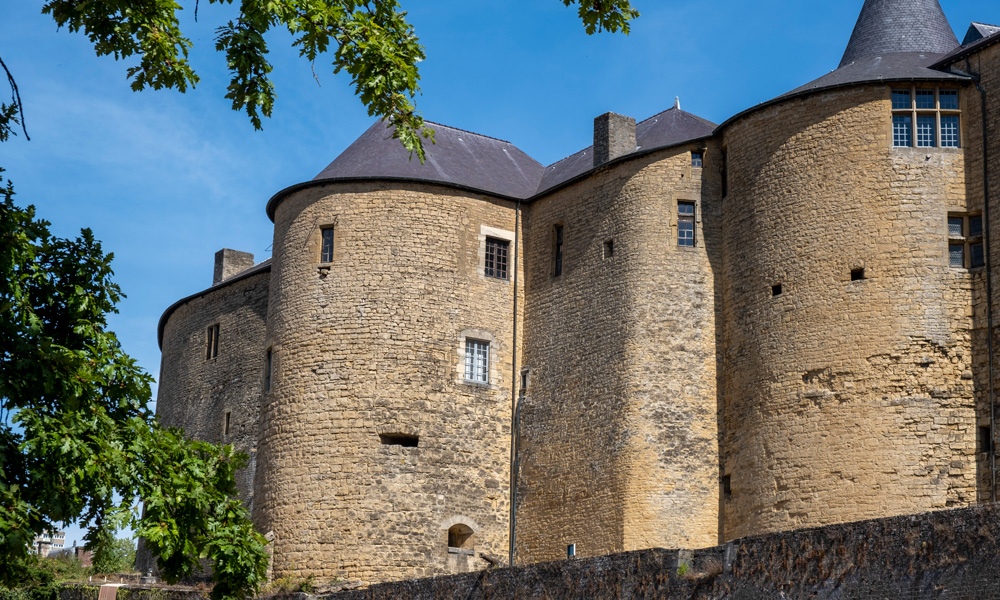 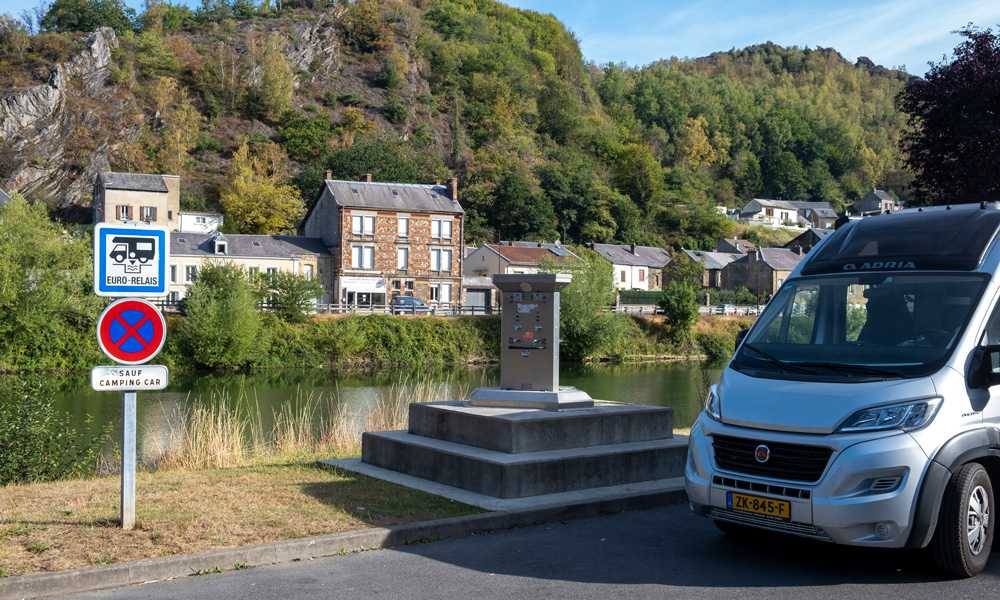 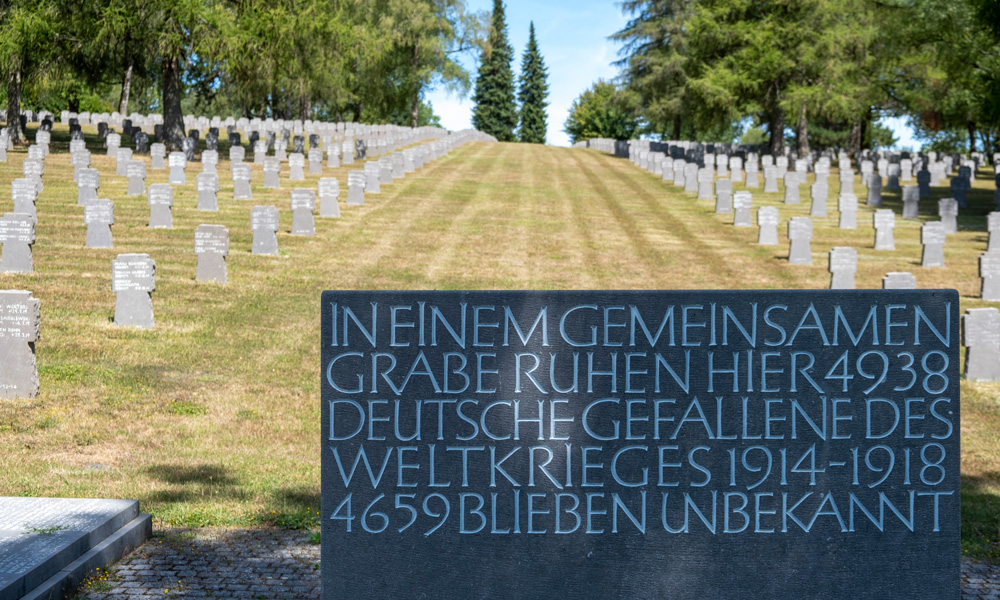 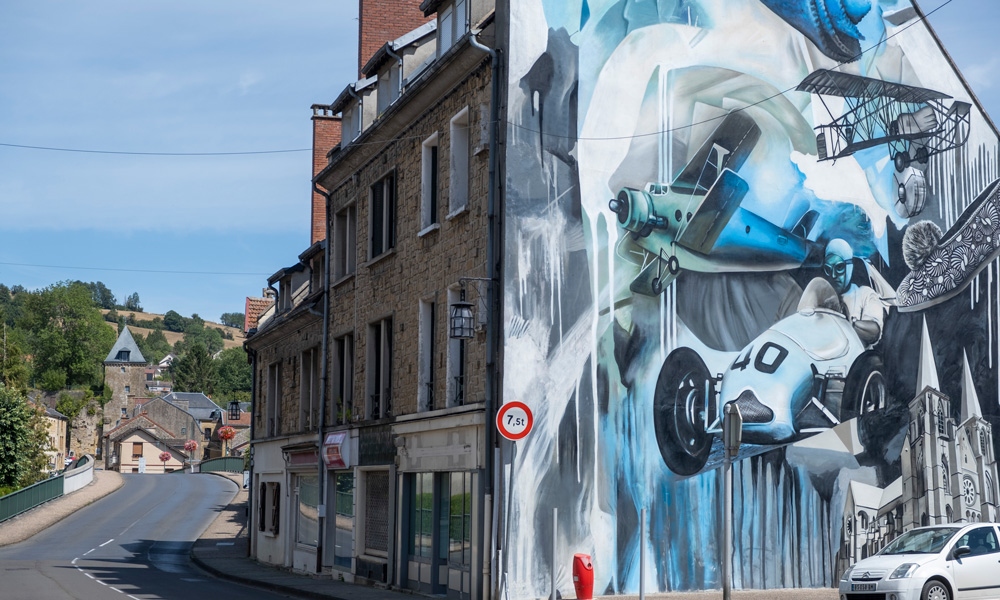 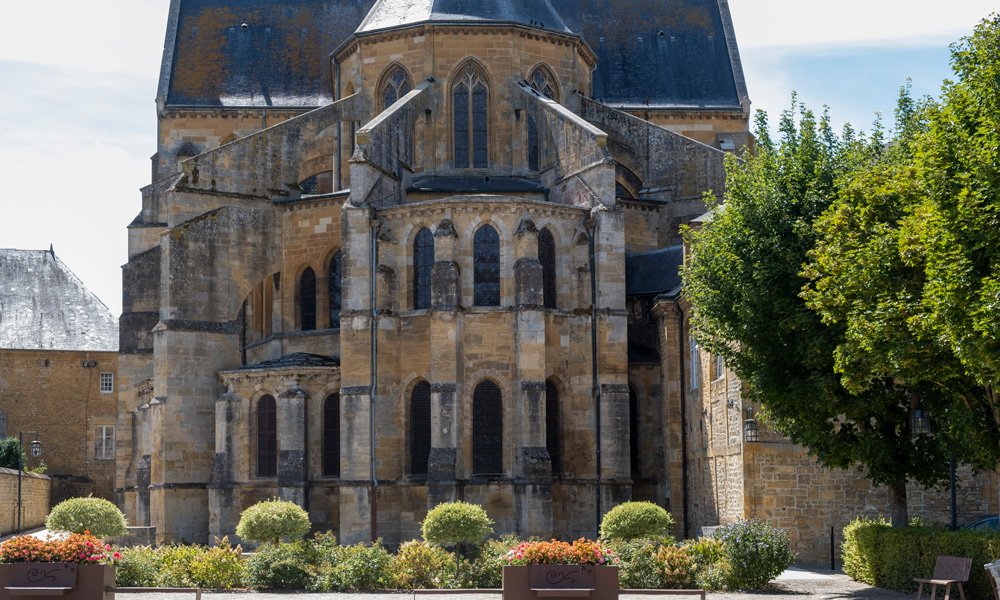 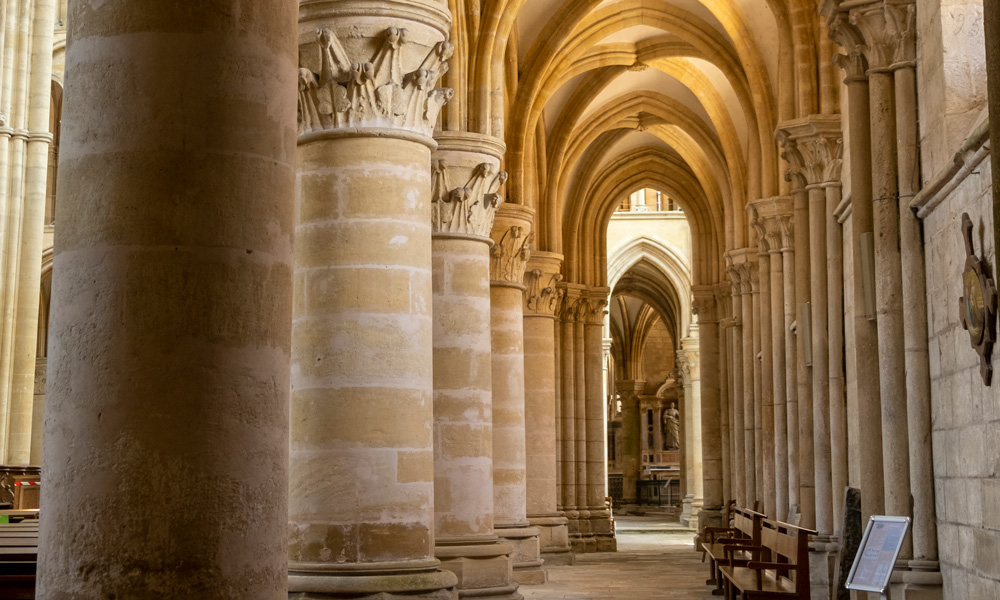 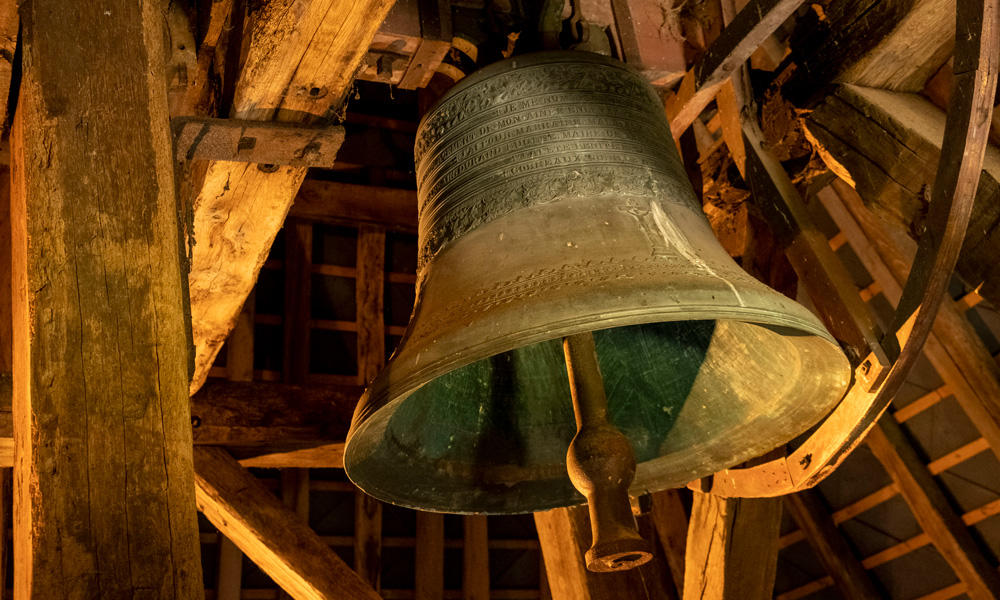 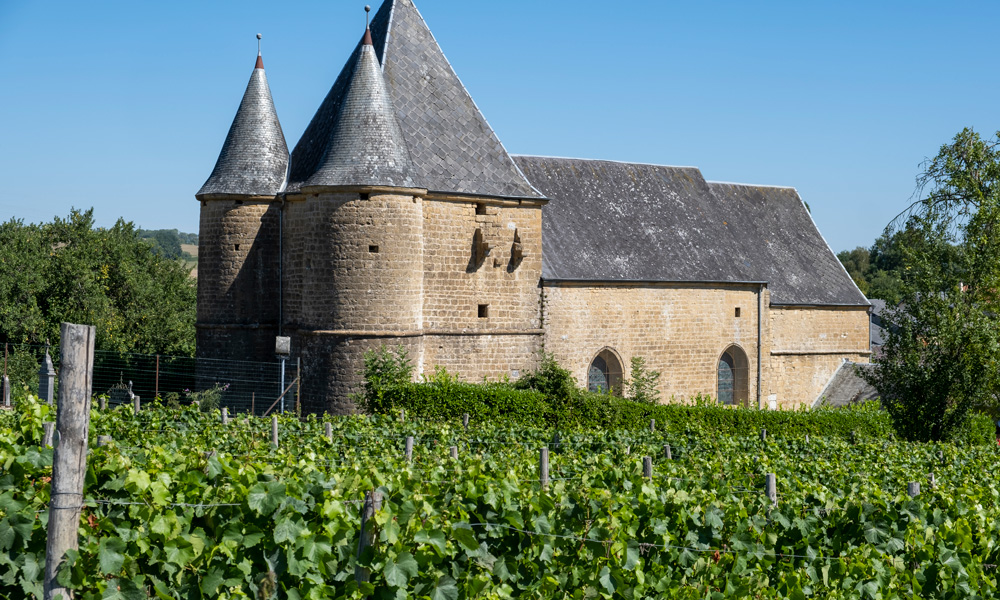 Travel reports from abroad
When we think of the "Ardennes", we think first of Belgium, then of Wallonia, perhaps afterwards of Luxembourg. But France? Yes, France also has a role bearing the name "Ardennes". In general, the area around the city of Charlesville-Mézières. With a finger "dotting" into Belgium. We are curious to take a look.

We begin our search in the northernmost tip of the area, in the French village of Givet, which is almost completely surrounded by Belgium. High above Givet the citadel towers itself, built around 1550 to protect the emperor. The structure rests on a strategically placed boulder and has a view of about ten kilometers. The day I am there it is unfortunately closed, so a look inside is not in it. But the exterior is impressive enough.

A tank stands along the Meuse, commemorating World War II where the Ardennes are the backdrop for much war violence. In Haybes there are a number of parking spaces along the water for motorhomes. Rocroi is a star-shaped fortress town. There are ten divergent streets that fan out from a central square, so that the star shape is clearly visible from the sky. The former campsite is now a motorhome pitch. There is more than enough space on arrival. From the motorhome you can walk up the huge city walls and all the way around the village. There is not much to do in the square, but we find a church, a town hall, a hotel and a bakery.

The next day I leave Rocroi for Renwez to visit the Forest Museum. On the way I take a short exit towards camping Le Lac des Vieilles Forges. A nice climb. The wooded area offers places with and without electricity, low or higher, most with shade. Which is not bad the day I'm there and the thermometer shows more than 34 degrees. One third of the Ardennes is covered by forest, as much as 150 ha. The Forest Museum is actually a museum in the forest, with all kinds of tools, a total of 000 that have been used for timber utilization over the years. And many explanations about flora and fauna, afforestation, use of wood and more. An audio tour is also available. On the camper contact pin I find a campsite in Bogny-sur-Meuse. That's good, because that's where I want to visit the Steel Museum there. The museum is located in an old factory and shows the production of steel that has been important to this region in the past. Steel was especially important for the French car industry.

The largest castle in Europe is in Sedan. To get there I have to walk straight through the town of Charleville-Mézières. This requires much-needed attention. The French driving style is quite a bit "looser" than we are used to. Later in the day I pass several small villages, with roads that seem to be exactly adapted to the width of the bus camper.

I follow the signs to a German war cemetery in Noyers-Pont-Maugis. More than 4900 German boys from both world wars rest in these graves. More than 4600 have ended up nameless in their graves. Only two pitches are available at the campsite behind the Mouzon fire station. When the boss is there - late in the afternoon - a shower is also available. Mouzon was recently awarded the title of Petite Cité de Caractère. There we visit the early Gothic monastery church from the 1100th and 1800th centuries. These are reminders of a powerful Benedictine order that ruled here from 971 to 1790, almost eight centuries. There is also a felt museum - the only one in France - in what was originally a Benedictine farm. Opposite the campsite are a couple of beaver rats, they show up several times that night when they like to eat aquatic plants.

Thiérache, formerly a thoroughfare and strategic point on the border between Champagne and Picardy, has been a popular destination in the past. To protect themselves from looting and army attacks, the inhabitants of Thiérache had fortified the churches in their villages with fortress towers, towers, watchtowers and firing holes. I decide to visit some of them in Aouste, Liart, Rouvroy-sur-Audry. The most beautiful is perhaps Signy-le-Petit. There is also a quiet farm campsite nearby, where I settle for that afternoon and where I have access to a large plot of land.

The French Ardennes are perhaps somewhat underestimated as holiday destinations. It is the combination of landscape, villages, history, culture and opportunities for relaxation and effort that makes the area attractive. Many caravan pitches, some motorhome pitches, ensure space for most people who want to visit the Ardennes. Certainly in Belgium, but also the French Ardennes offer a very nice holiday.