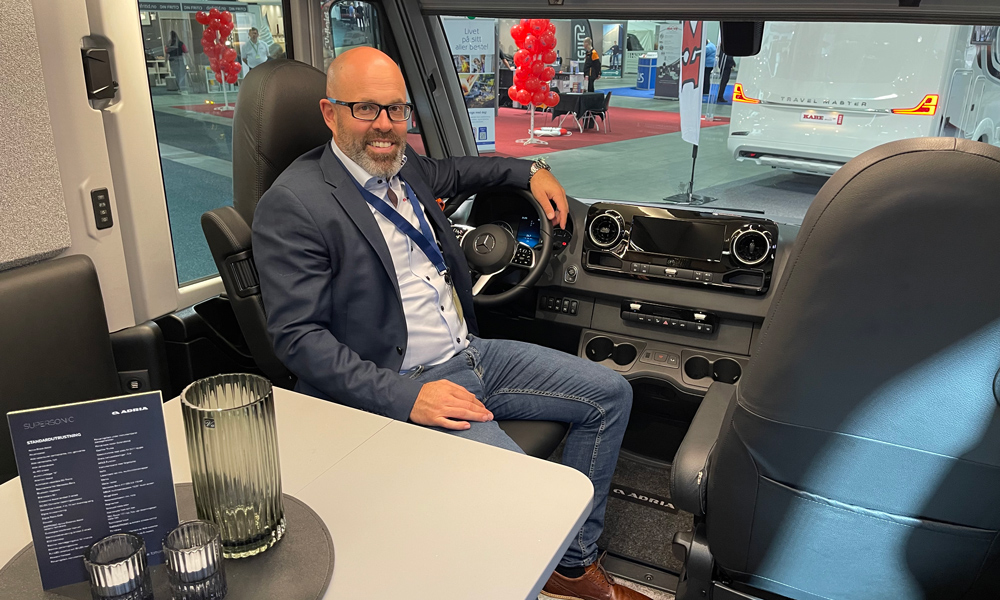 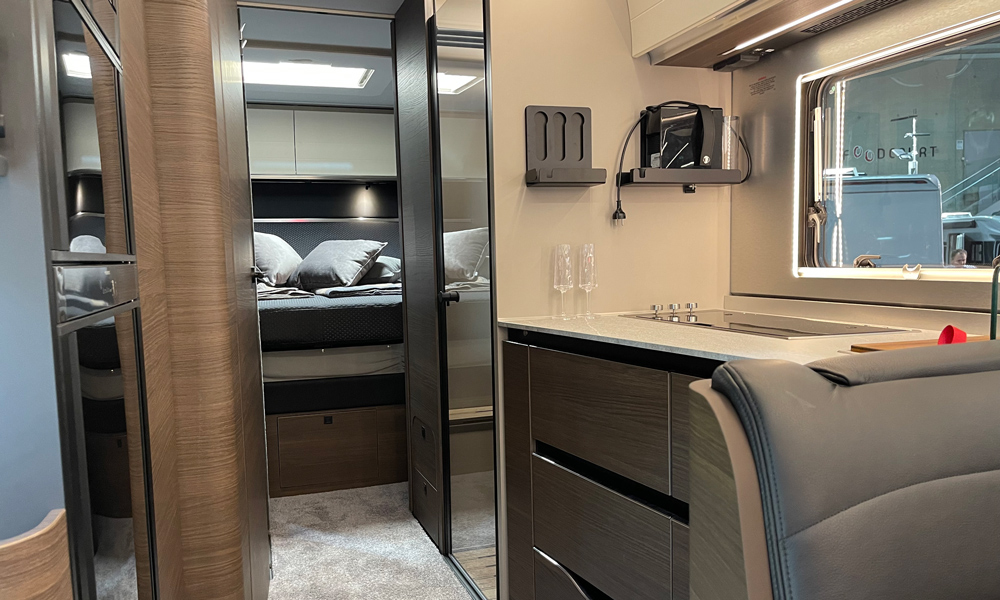 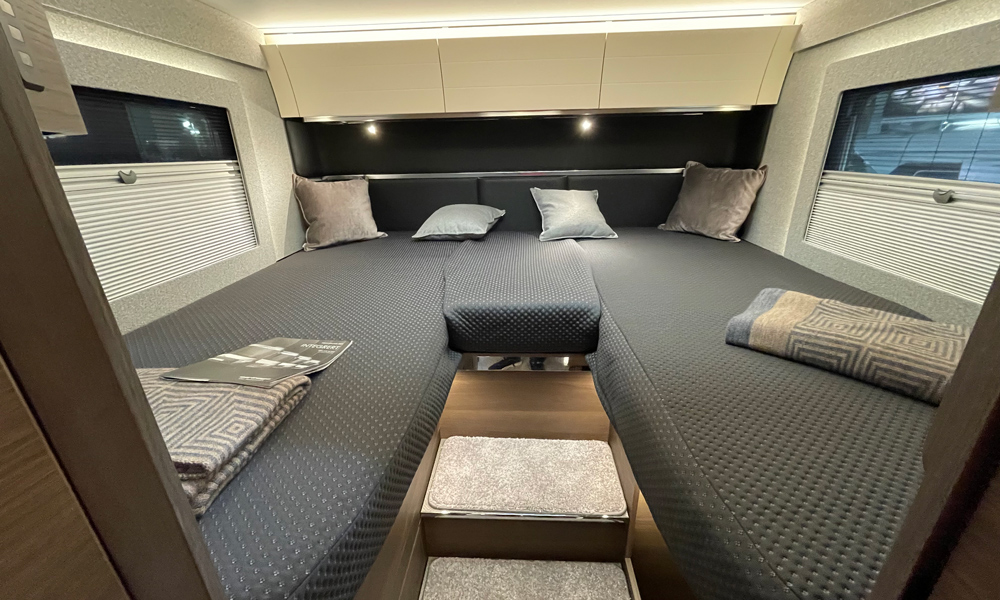 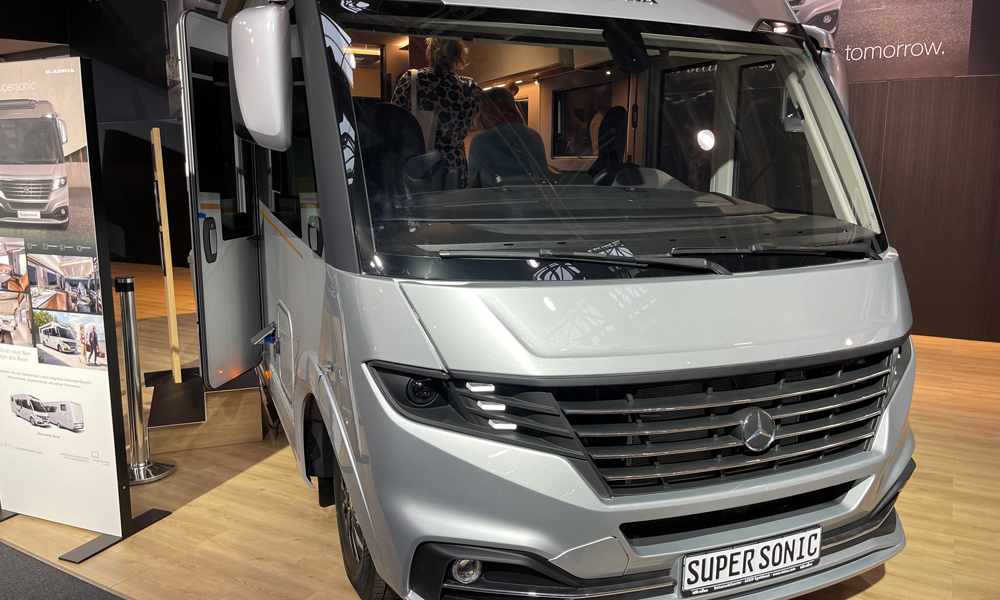 With stars in the eyes, and a dream car in sight

Market news
Warning: This is the motorhome you easily fall in love with. There are probably not only stars in the front and stars in the eyes to trace in the eyes of CEO Johan Skogeryd at the Adria group. Because not many leave here without being a little captivated.

Some just have that little extra. The same applies to motorhomes for some of us, which means that we frantically try to check the finances and whether the car is within reach. Because if you manage to come up with two million Norwegian kroner, an Adria Super Sonic 780 DC can be yours.

The first time I saw the car was in Düsseldorf in Germany in August. Forgotten was the many-year-old "dream car" Morelo, which I have often said I will buy when I win millions in the Lotto. Because it costs a few million kroner.

The Super Sonic, on the other hand, is within reach, even if the sum you have to take to the bank every month for the next 15 years will be far higher than what I pay today for the Rapido that my wife and I own today.

Today's interest rate situation and electricity prices mean that even I let some sense prevail and the car has to wait. Not necessarily until a bigger lottery prize ticks in. For Adria's Super Sonic, you don't necessarily need lottery millions or hold a top-paying director's job to be able to afford it, but two million kroner is still a lot of money, even if offers have already appeared in my mailbox from a dealer.

In Germany, I took several trips in the car, and the first person who got to show me the car at the fair in Lillestrøm in September turned out to be Adria's CEO Johan Skogeryd in Sweden.

The next person to show me the car was the finmark Tor Einar Mathisen from Mathisen Landbruksservice in Alta, who also sells another "dream car" from Morelo.

I have previously bought the Rapido used from him. A random purchase really, as just before the holidays in 2020 I wanted to replace the alcove Argos A747 from Bürstner, which was bought in 2012.

Adria's new flagship on the motorhome market has a star in the grill, a Mercedes engine, the car is equipped with a leather interior, has many interesting solutions and there are many details that give the impression of quality and that gave "love" at first sight. So maybe one of these will come into my possession in the course of two, three or four years? Used maybe?

If, in the meantime, a big lottery win doesn't appear, enough for a far more expensive Morelo, Concorde, Niesmann-Bischoff, Carthago-liner, or a completely different brand that I come across at the many motorhome dealers and caravan fairs I visit job in the coming years. Or that the "love" for our Rapido Distincion i90 grows so strong that it just has to be a new Rapido? Because who knows? At least there is a lot to choose from.