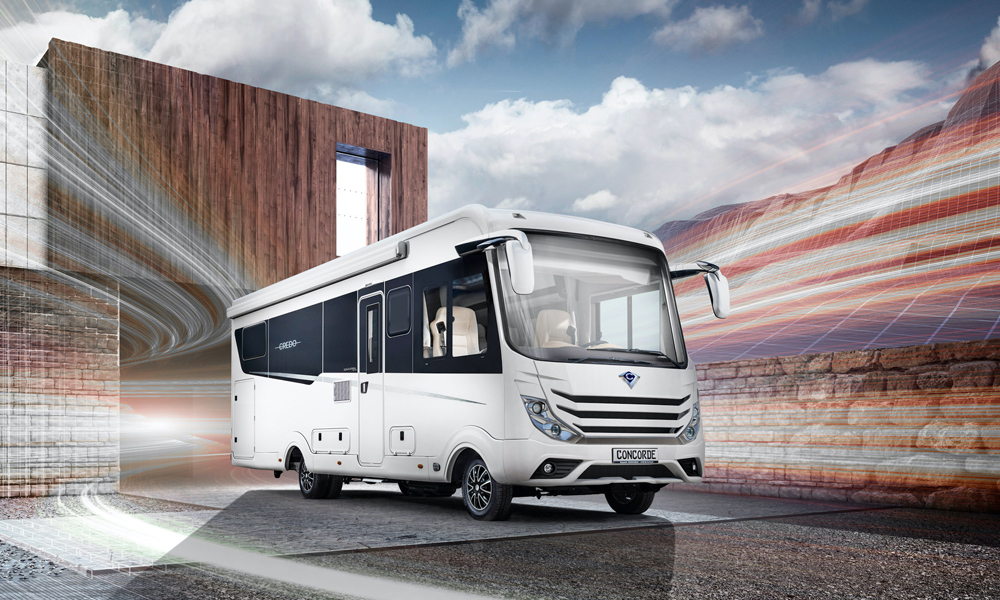 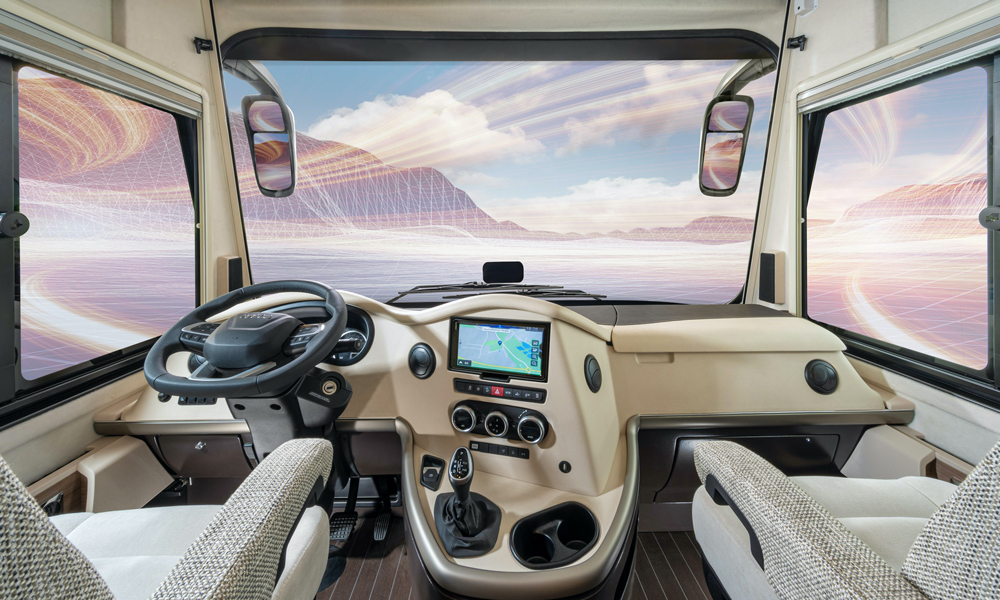 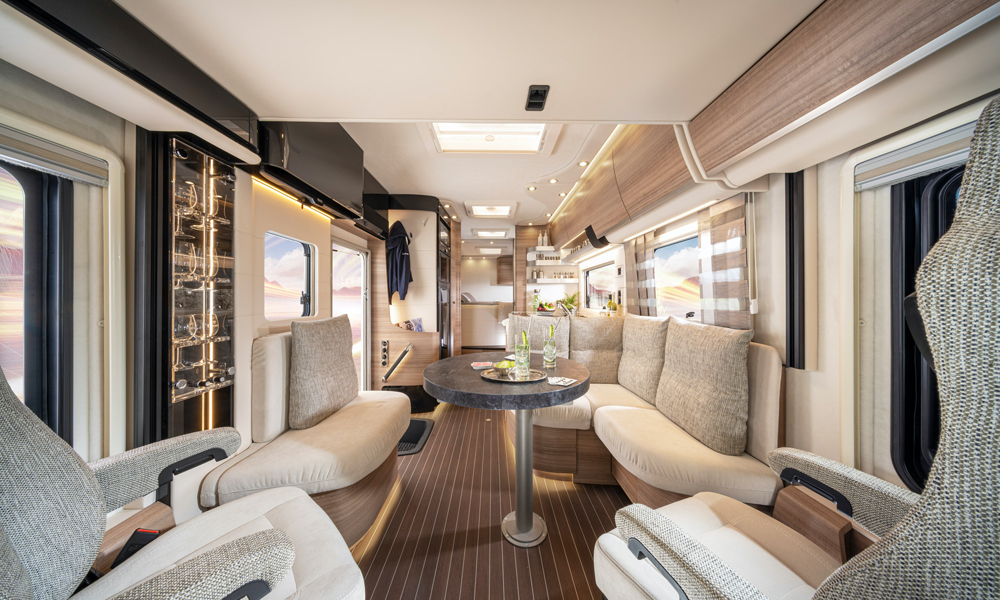 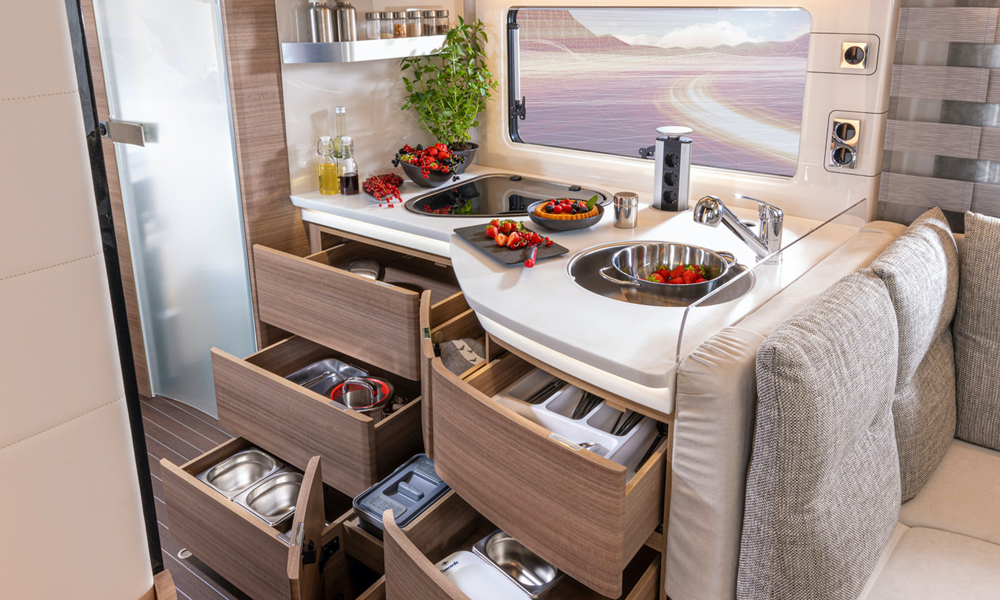 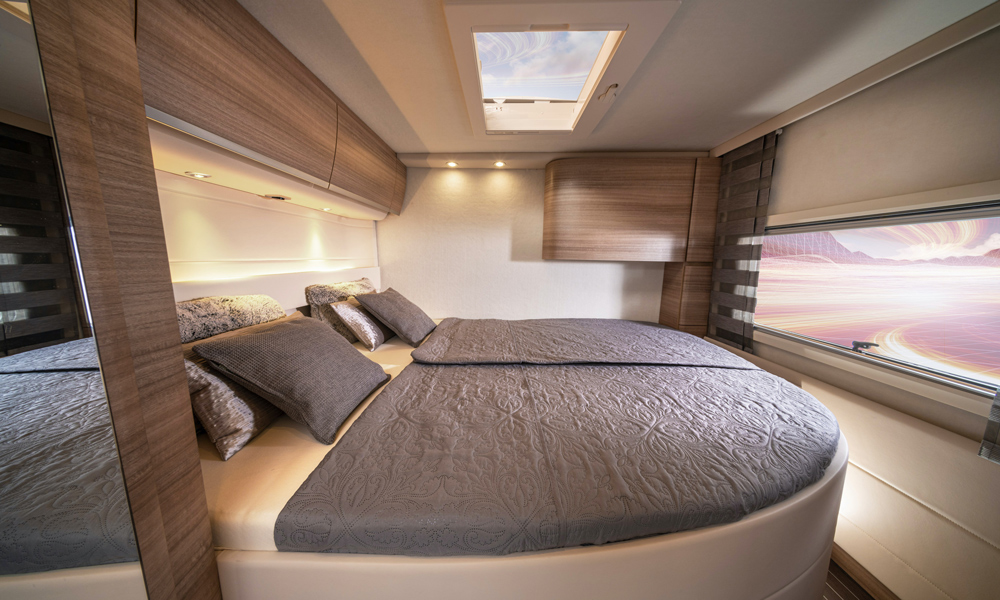 When passion is the driving force: Concorde motorhomes in the luxury class

Market news
Exquisite quality, trend-setting design and durability are three pillars in the development and production of luxury Concord motorhomes. But deepest lies the passion. This runs like a red thread through the company, products and retailers.

The story of Concorde is not only fascinating reading, but also a real "Espen Askeladd" story. Norwegian camping enthusiasts with an age above noon will remember the smart folding caravan "Lillebror", produced by Widerøe Lettmetallindustri between 1957 and 1971. It was most popular in the early '60s. A similar carriage was put into production in Germany in 1974 under the name Wigwam. Production of parts for this became in 1981 the basis for the company that is today called Concorde Reisemobile. Two years later, the production of the first Concorde motorhomes on the Ford Transit Chassis started, and 60 motorhomes were built and delivered in 1983.

The founder Helmut Reimann wanted to bet on both caravans and motorhomes, but saw that the motorhomes quickly increased in popularity. Just two years later, in 1985, the management decided that the factory should concentrate exclusively on motorhomes. Ten years later, work began to build a brand new factory, and towards the end of 1996, Concorde moved to Aschback, where proud employees have contributed to moving the brand up into the premium class. The Charisma model in particular contributed to Concorde's success. Fifteen years ago, the entry-level Credo model was presented, at the same time as new Liner models helped to create a large selection of Concorde motorhomes. Liners such as Centurion with a "slideout" section and Carver have later greatly contributed to consolidating the brand's position as one of the best and most luxurious on the market.

During the anniversary year 2021, Concorde presented four new products. There was the anniversary model Carver 850L, a new fourth generation Charisma series, facelifts on the Credo and Carver series, as well as a new Cruiser on the Mercedes-Benz Atego chassis. At this year's 2022 edition of the Caravan Salon Düsseldorf, Concorde again presented a number of novelties. What the model series Carver, Charisma, Centurion and Credo have in common is that they all start well above 3,5 tonnes in terms of weight. These are motorhomes in the luxury class, where the smallest has a length of 7,5 meters and a width of 2,3. Concorde refers to the new Credo models as "compact", and the four different basic models, which can be delivered in eight different variants, are all built on an Iveco Daily chassis. The engine is a four-cylinder 2,3 liter diesel with an output of 156 hp.

Lots on the floor

The double floor – entirely at the same height throughout – is based on a completely new construction. All aggregates and tanks are located inside the double floor. The fresh water and gray water tanks both have a volume of 160 liters as standard, but can be ordered larger if desired. The possibilities for 700 watt solar panels on the roof also help make Credo a motorhome for longer journeys with high flexibility. The driver's seat is also oriented for long journeys. The seats maintain high quality, while the instruments and dashboard are as we find in the lavish Mercedes-Benz utility vehicles. Large bus side mirrors and windscreen wipers, which in a bus ensure an overview and visibility in all driving conditions. Automatic braking in the event of a collision and radar-controlled distance control are also standard on the Credo.

The interior is a chapter in itself. A mixture of concave and convex furniture fronts creates a very special atmosphere. The color tones on both surfaces and furniture fabrics are light, while decorative elements in silver on cabinet doors and drawers create an exciting contrast. The kitchen has a steel sink, proper fittings and is equipped with three hotplates. The refrigerator has a volume of 177 litres. The bathroom is also spacious. By closing the doors, this can be converted into a large and comfortable changing room. The toilet is in sanitary porcelain and the pressure in the shower is as we are used to at home. The bedroom has a large double bed of 2,0 x 1,50 metres, or two single beds of 2,0 x 1,0 meters – depending on which Credo configuration is chosen.

In Norway, the motorhome chain Arve Opsahl sells Concorde, and has done so since 1985. The cars can be completely tailored to the customer's wishes. Credo has a basic price of around NOK 2,2 million, but with personal options and wishes the price quickly increases by many hundreds of thousands of NOK. Everything you find in a small luxury apartment can also be found in a Concorde motorhome.