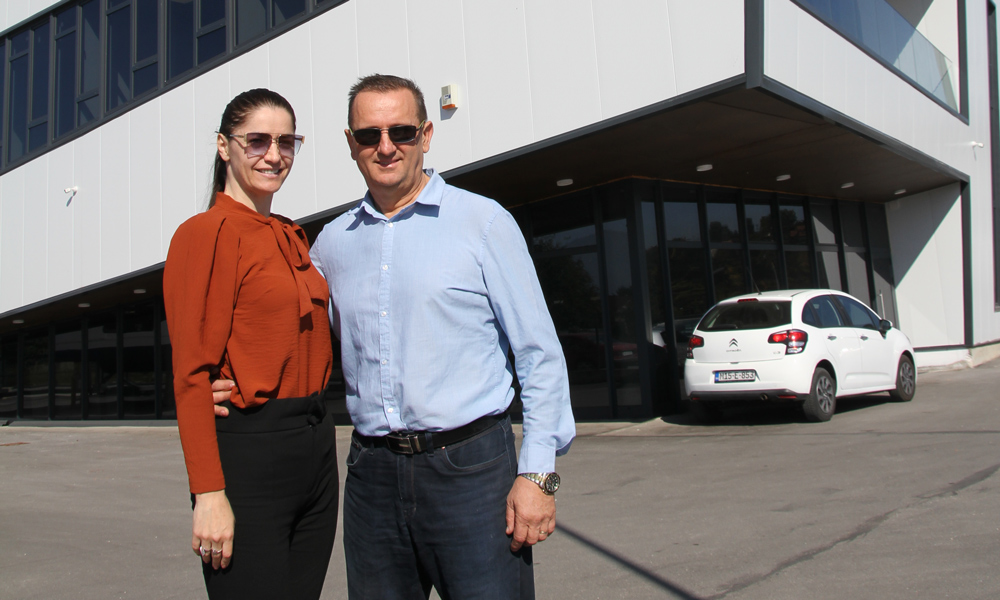 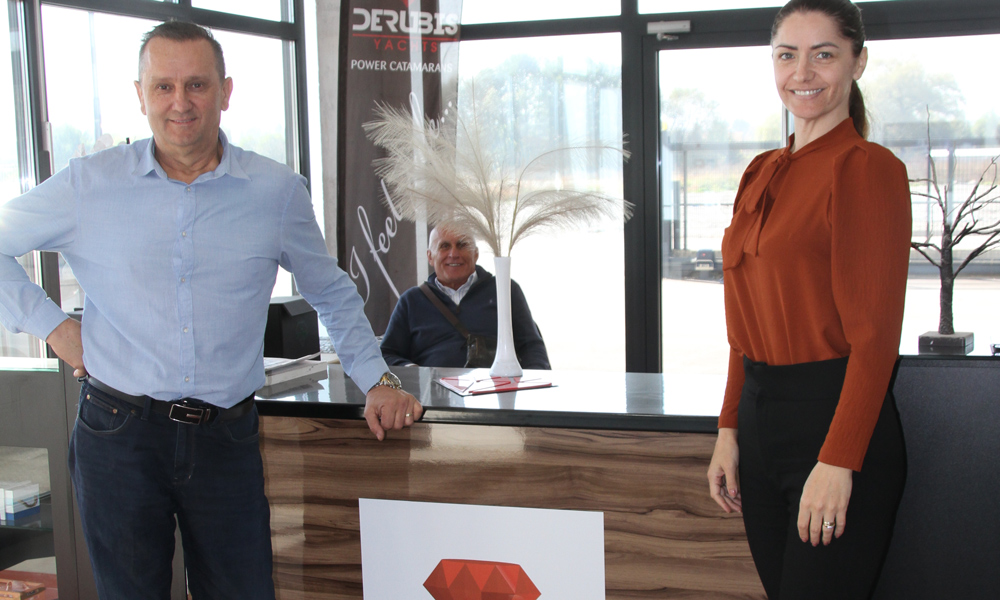 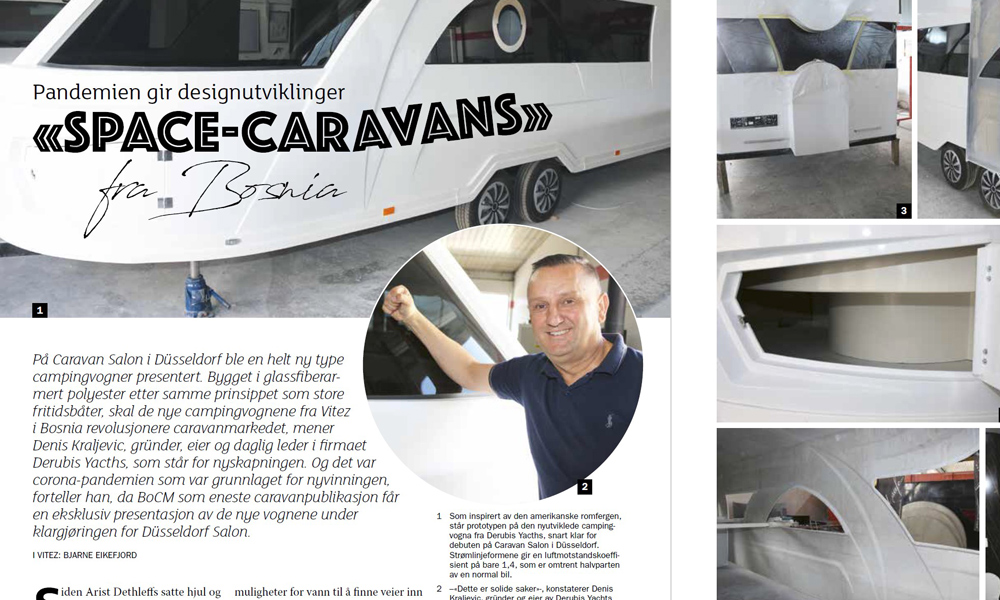 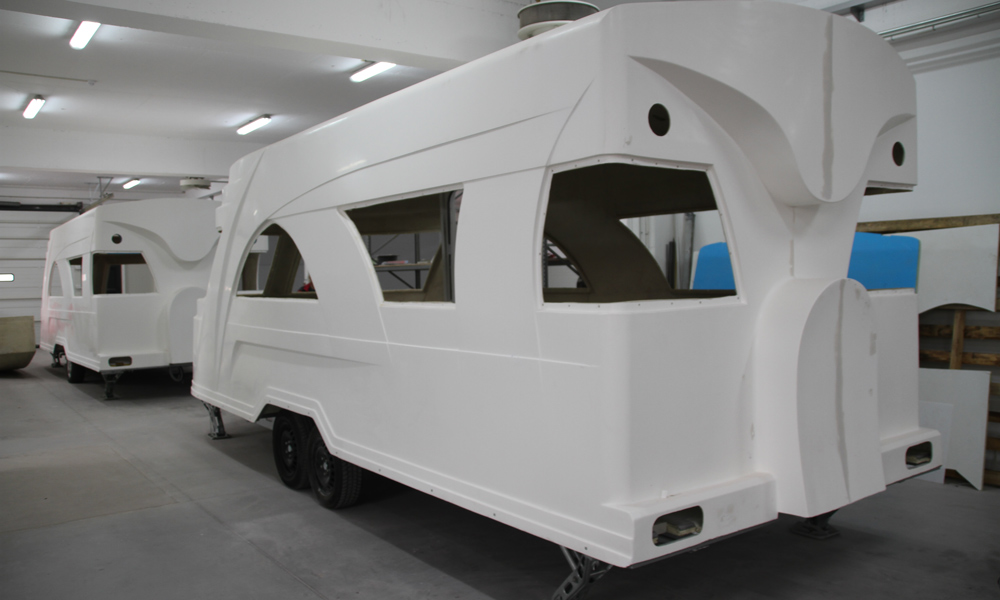 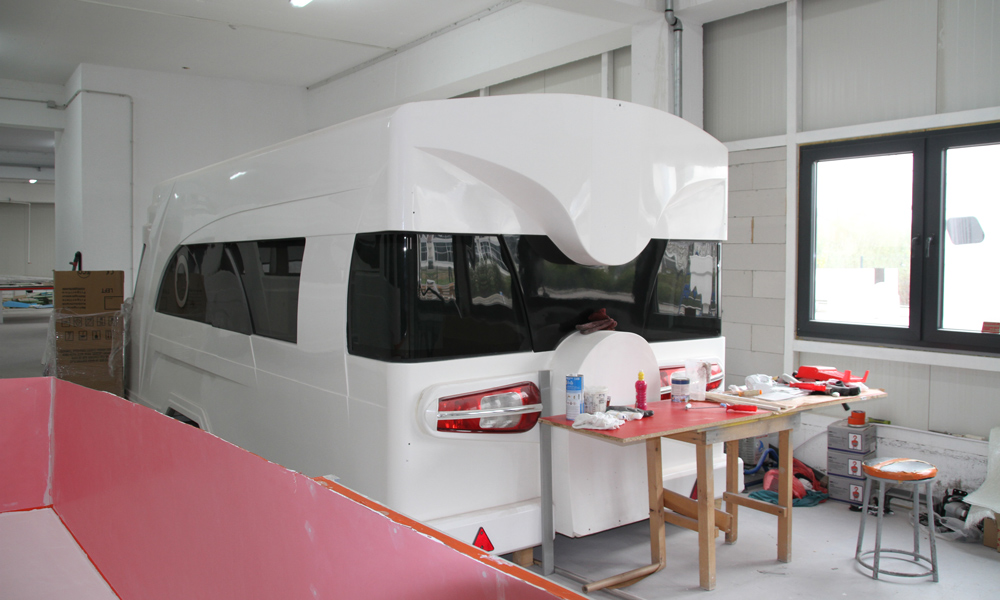 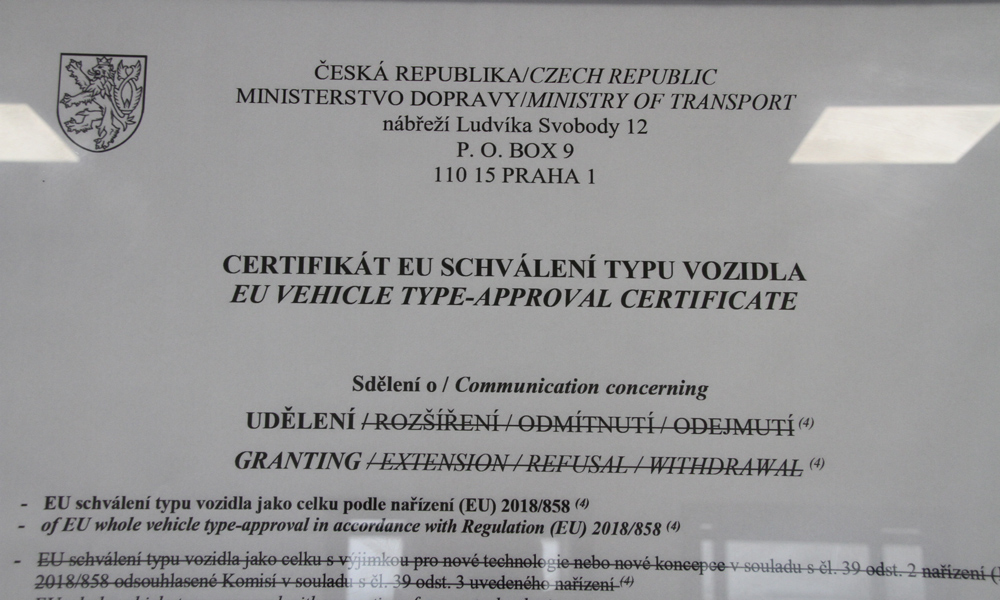 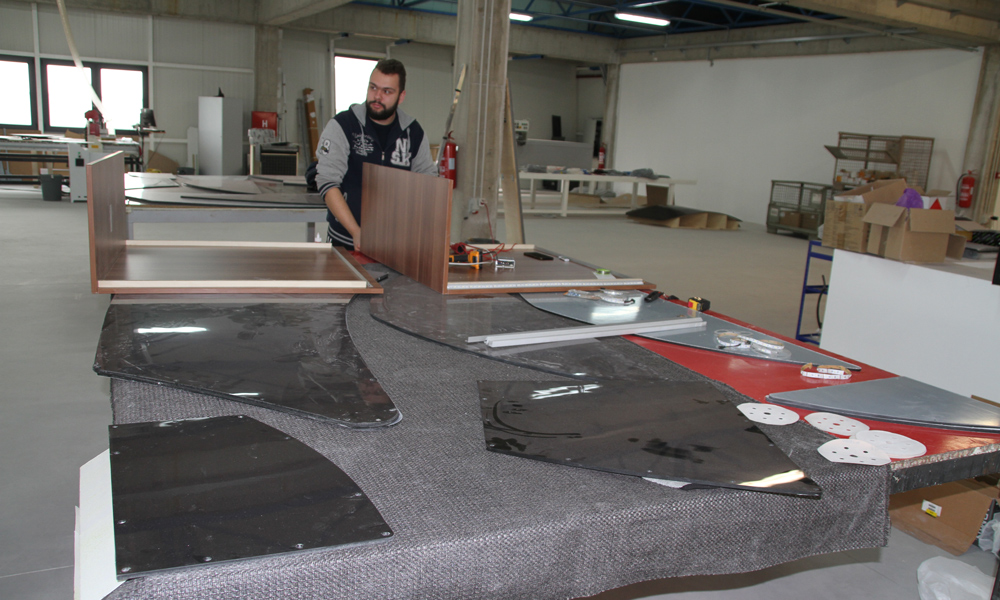 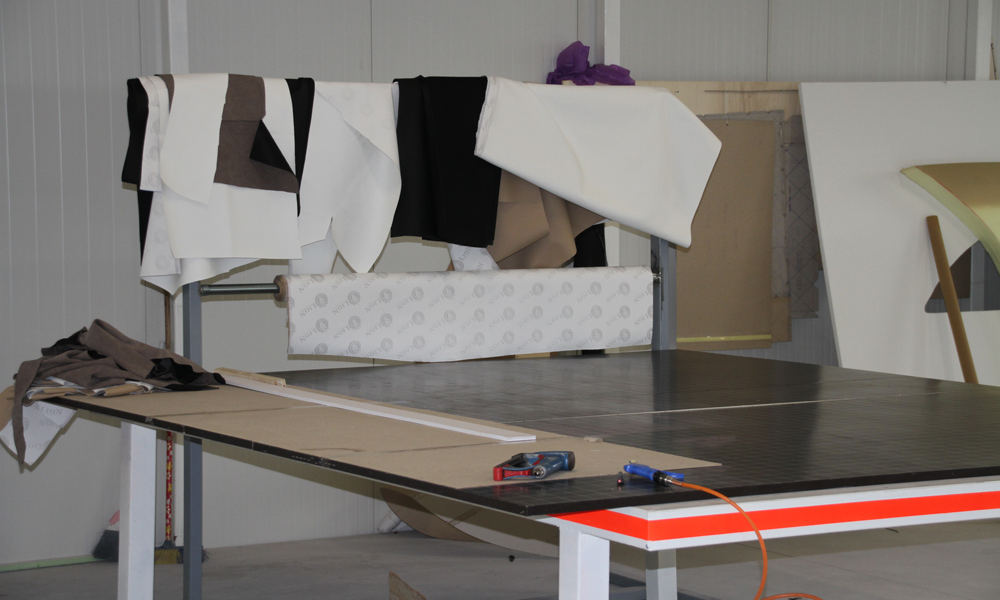 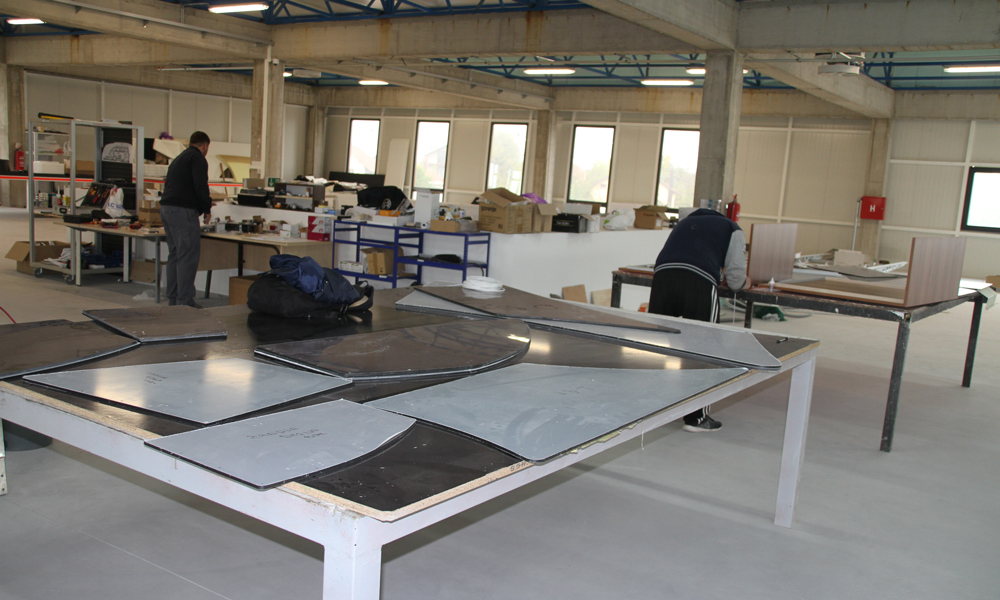 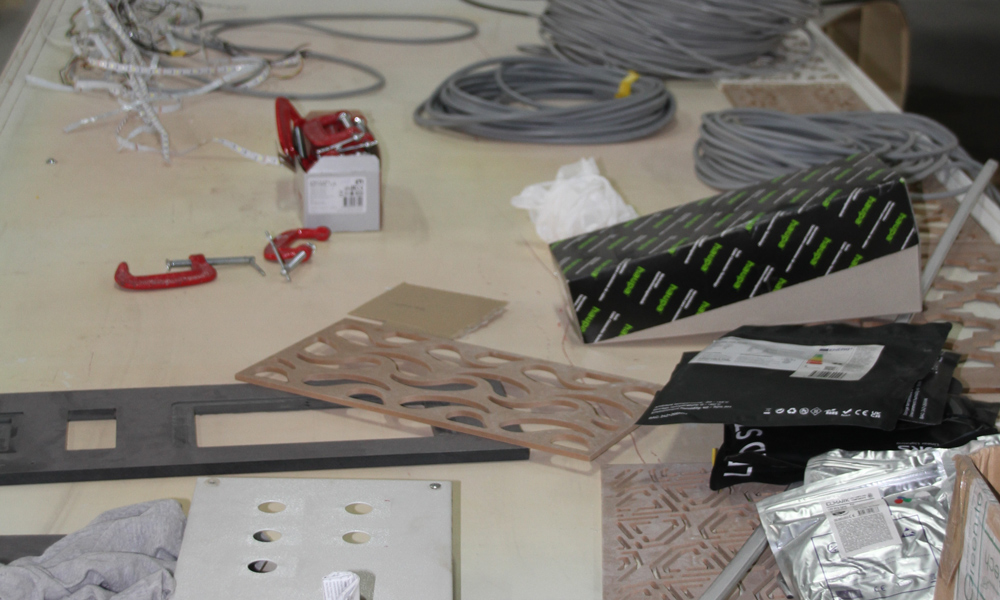 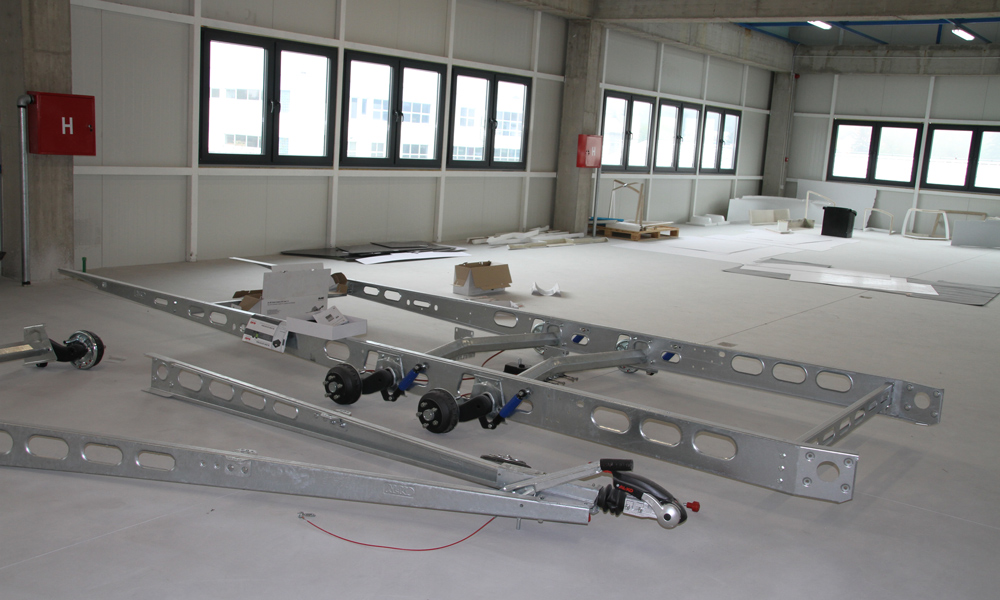 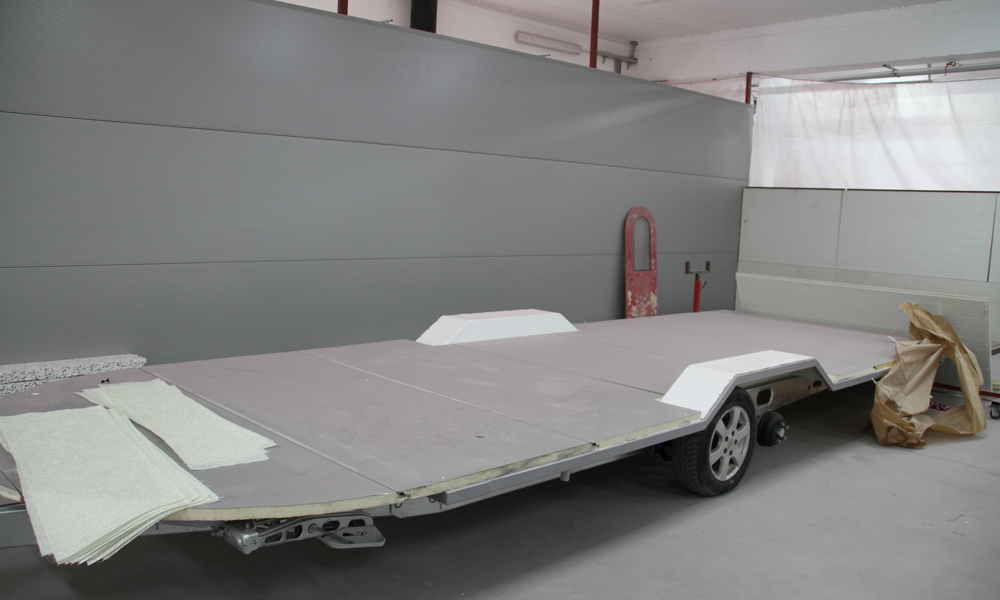 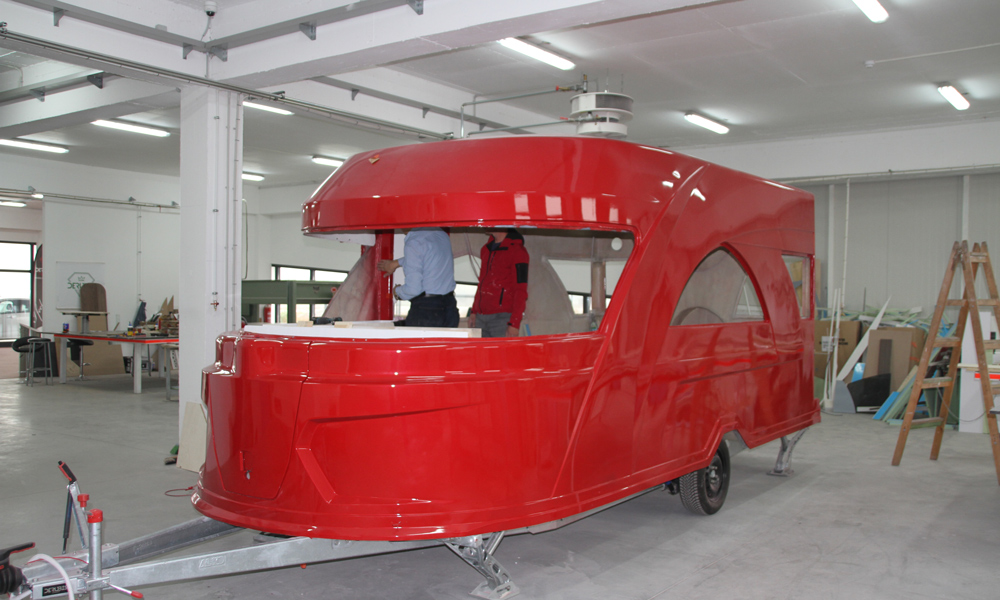 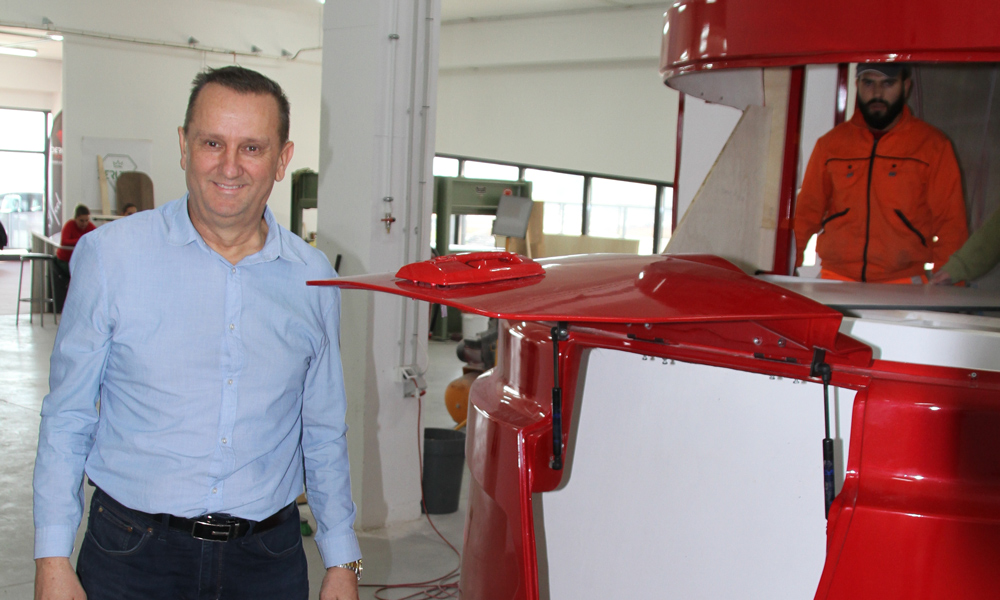 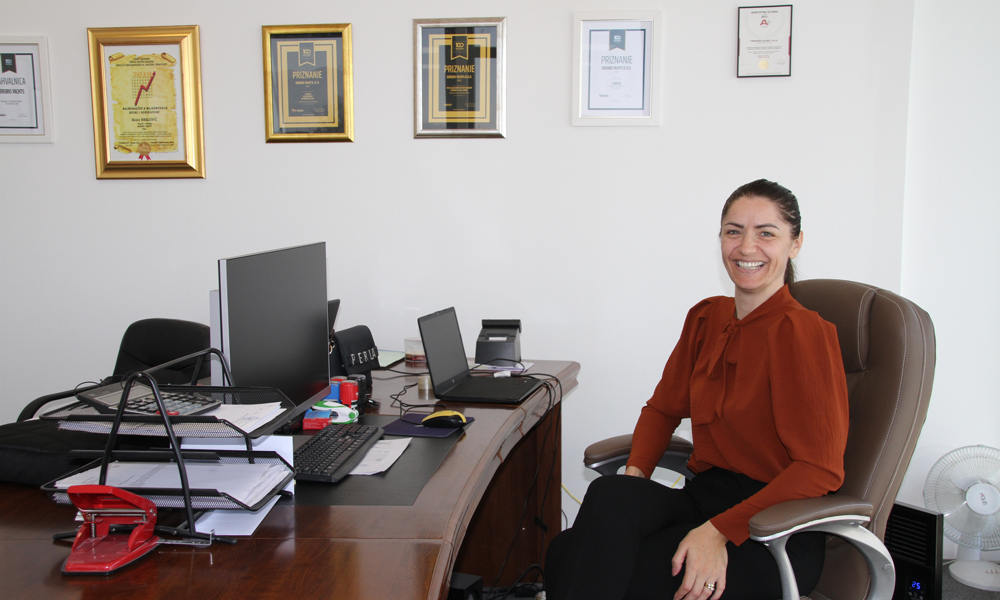 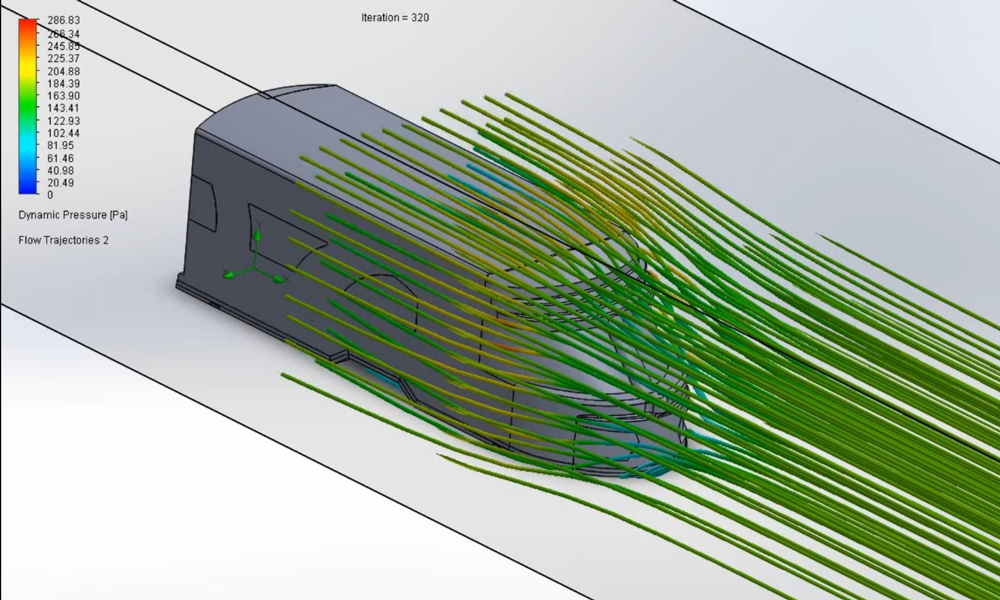 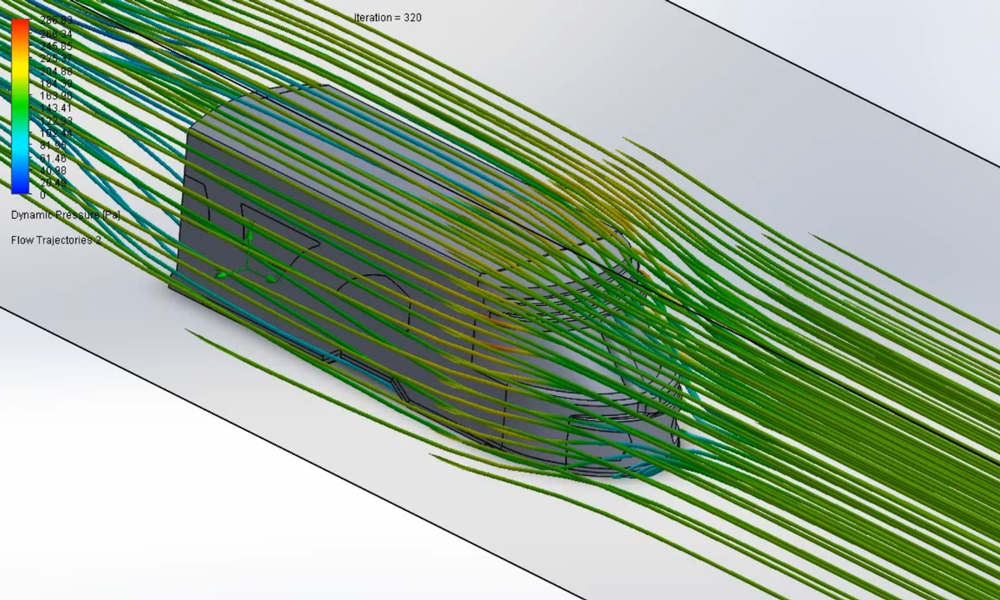 "Space caravans" from Bosnia: Bets in an exciting market

Market news
When the BoCM visited Derubis Caravan in Vitez in Bosnia last year, a prototype of a completely new type of caravan was prepared for the Caravan Salon in Düsseldorf. Built from fibre-reinforced polyester in the shape of a boat hull, the new carriage attracted a lot of attention. Now it is ready to be put into production.

It was a proud married couple, Leijla and Denis Kraljevic, in Derubis who welcomed BoCM to the brand new building with large production premises in Vitez in October. There they were able to show off a brand new model of carriage which was to be presented at an exhibition in Bern in Switzerland a couple of weeks later. Inside the actual production premises are several carts of different skill levels. Here, Derubis is now planning to set up production lines for around 120 wagons next year. "We are now ready to start series production based on the orders we have received", says Denis, proudly showing off a brand new EU type approval certificate according to the new vehicle regulation, 2018/858, which was adopted as recently as May 2018. "Type approval for the EU/EEA was a heavy obstacle to pass," says the couple, who add that the carts can now be registered and driven like any other cart.

The wagons from Derubis are cast from fiberglass reinforced polyester in a huge mould, using the same technology as boats have been built for the past 70 years. The floor is then cast, before the whole thing is welded together in the same way as the deck of a boat. Fiberglass-reinforced polyester is stronger than metal, and with solid casting it will become a self-supporting wagon box with far greater strength and durability than today's caravans, even with only 5 mm. composite thickness. There is not a single piece of steel in either the box or floor, everything is composite. "Watertight and almost eternal," says Denis, who for more than 20 years built larger and smaller boats using the same construction method.

The wagons have been given an aerodynamic design that reduces air resistance and provides good driving characteristics. Setting air in motion by creating turbulence requires both energy and power. For example, the fuel consumption of modern passenger aircraft decreased significantly when they got so-called "winglets" that stopped the vortices from the wingtips. Denis explains and shows pictures of a tight and good laminar air flow without vortices at the rear of the carriage chassis. "Users will notice this through improved driving characteristics and less influence by gusts of wind when driving on the road", says Denis, who adds that here the Derubis design is unlike the vast majority of other types of carriages on the market.

Initially, the wagons were only equipment with electricity for heating and cooking. The heating system consists of thin aluminum foil strips that lie under the carpet. "We have 7 cm. with insulation in the walls, ceiling and floor," says Denis, who believes that 800W underfloor heating is sufficient to keep the carriage warm. Should it be many degrees below zero, a 3 KW AC system can supply the rest of the heating requirement. Double polycarbonate windows are also included, outer 8 mm and inner 4 mm. with air in between. "But we've had to compromise a bit by combining electricity and gas", grins Denis, who says that on the latest wagon they've made room for gas bottles in the front.

Derubis aims to produce most of the wagons itself, only the chassis is bought from outside. The carriages with associated equipment and interior will be handmade, which opens the door for customers to come up with wishes and new ideas that can easily be incorporated into the carriage hulls themselves. "They can actually design their own interior, for example we can easily create 2 rooms for those who need it," says Denis. Technically, there are as many as 20 changes from the caravans that were presented at the Düsseldorf Caravan Salon 2021. And more will come. Among other things, electric curtains inside the windows, which become opaque by switching on a switch. The latest wagon with a 5 m wagon box and a total weight of approx. 1500 kg. was presented at the exhibition in Bern in Switzerland at the end of October.

Leijla and Denis would like to invite all buyers of their wagons to join the Derubis Customer Club, a newly started small company that can and will provide service to the buyers. "The key words are buy, sell, rent and upgrade", says Denis, who points out that members will be able to get upgrades with new innovations that will come in due course. Or they can rent s. in caravans to other customers when they are not using them themselves. "What we are concerned about is that everyone who buys our caravans should experience the best possible service and accommodation based on the needs and wishes they may have", concludes Denis, who looks forward to what started as a bit of a pastime during the corona pandemic is now becoming a real caravan adventure.

From sea to land

Derubis Yachts has been building boats for a quarter of a century from the port city of Rijeka in Croatia. Three years ago they moved to Vitez, roughly in the middle of Bosnia. Founder and owner Denis Kraljevic is 56 years old, trained as an engineer and has taken out a number of patents on technical innovations, for example hydrogen generators that produce electricity directly from river currents without large dams. Together with his wife Leijla, he runs Derubis. Denis has several awards and accolades, for example "Best Manager Bosnia 2020".