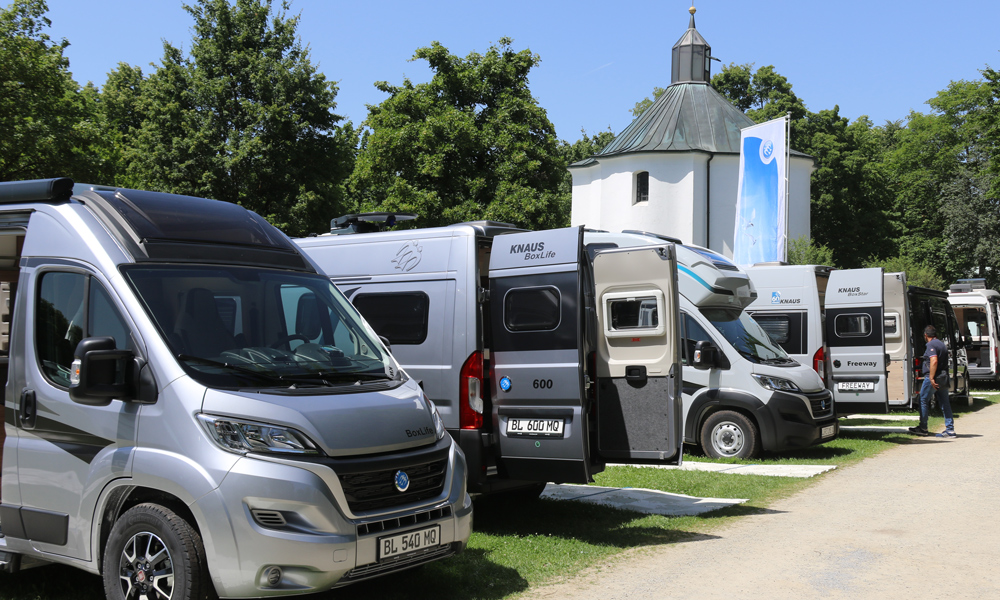 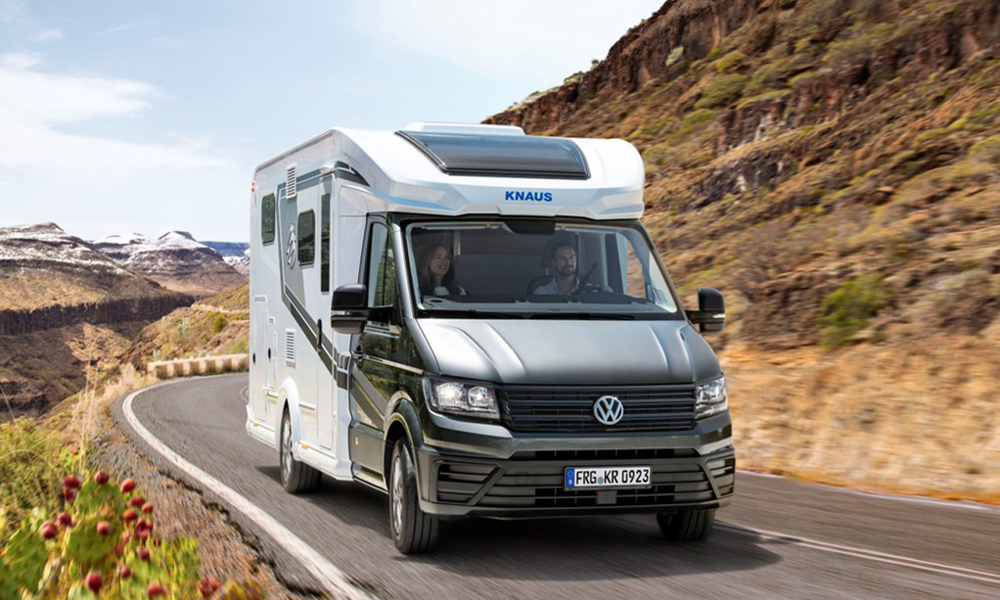 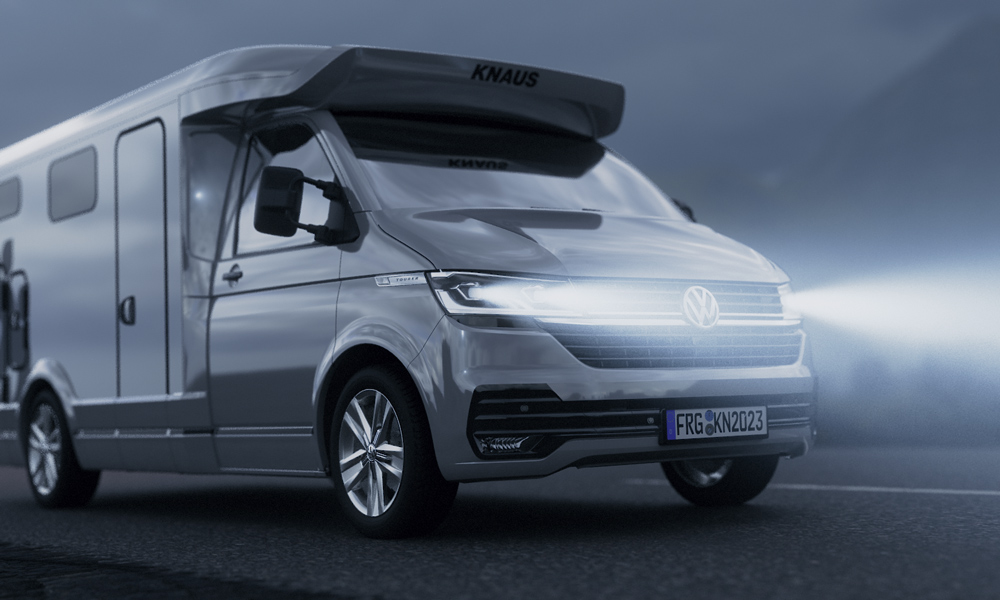 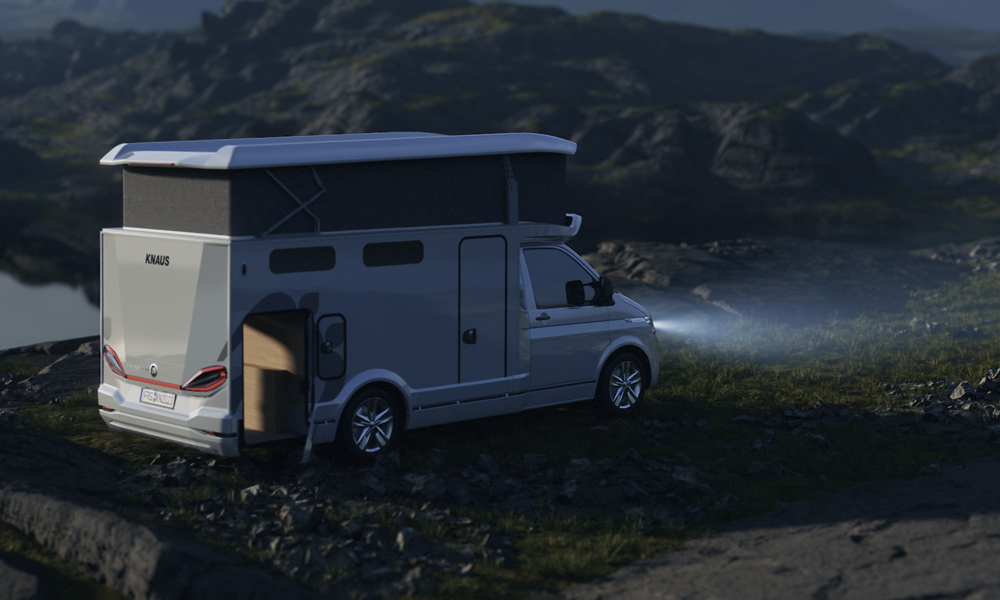 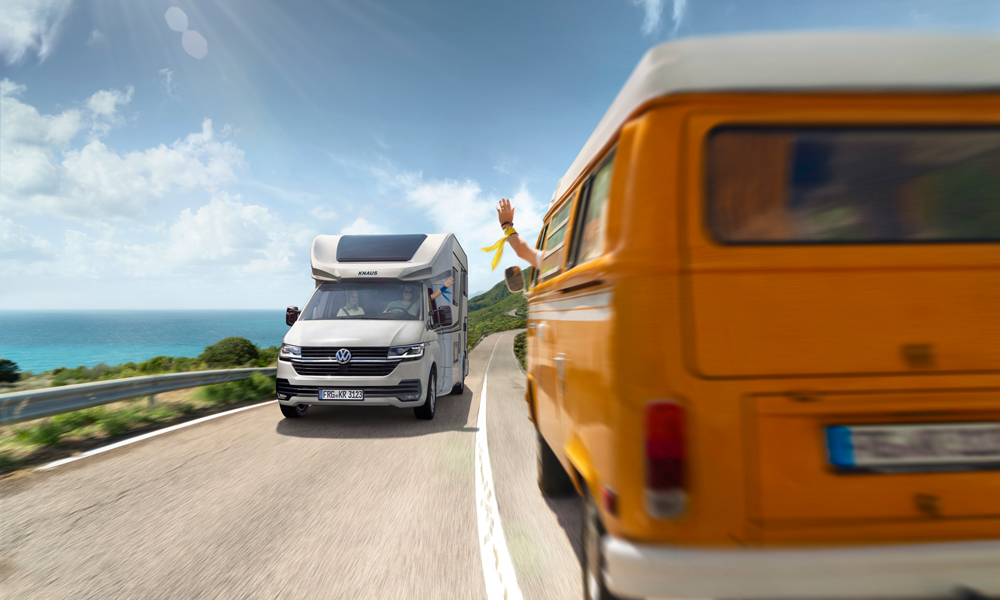 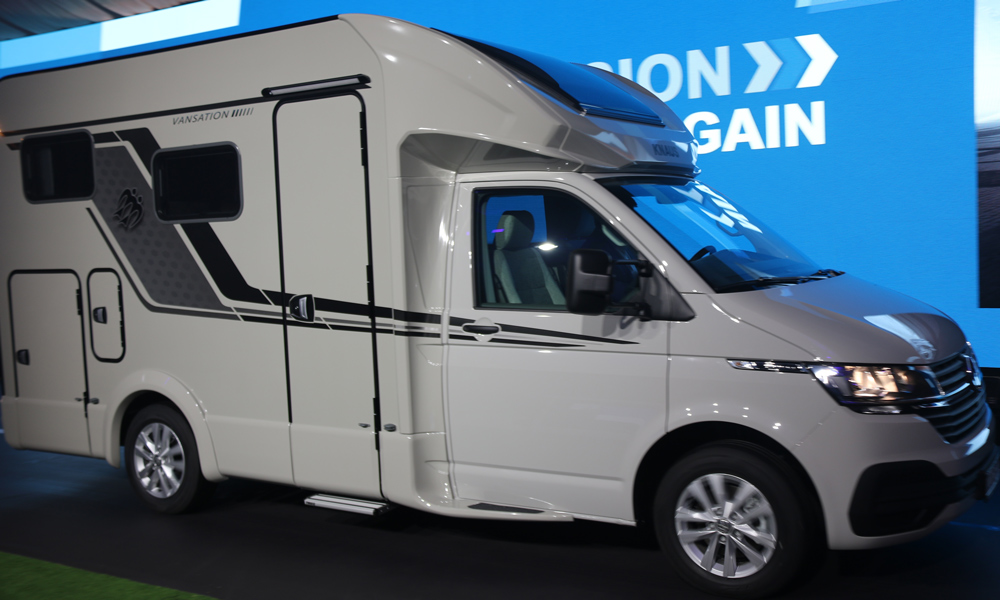 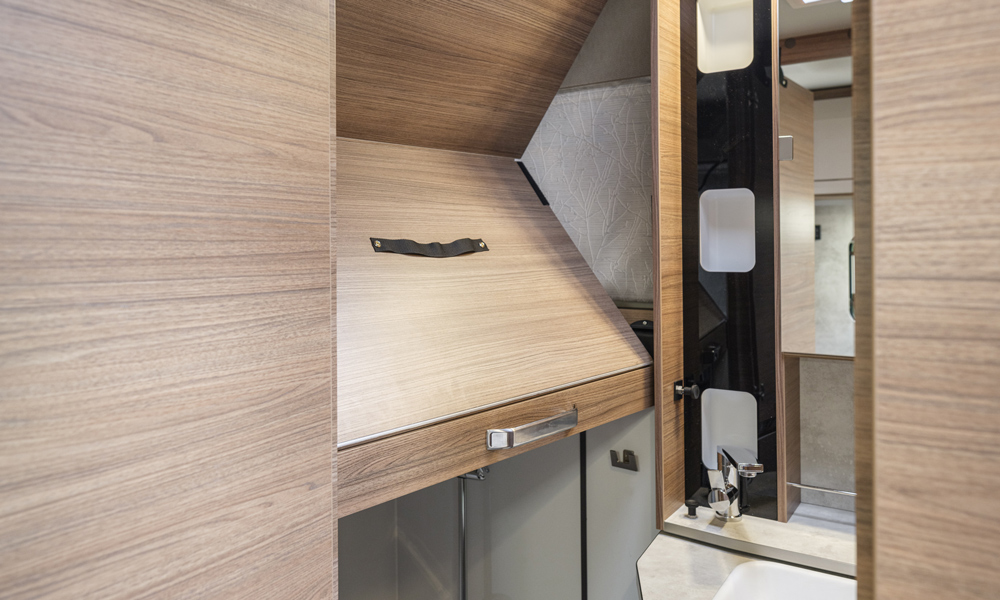 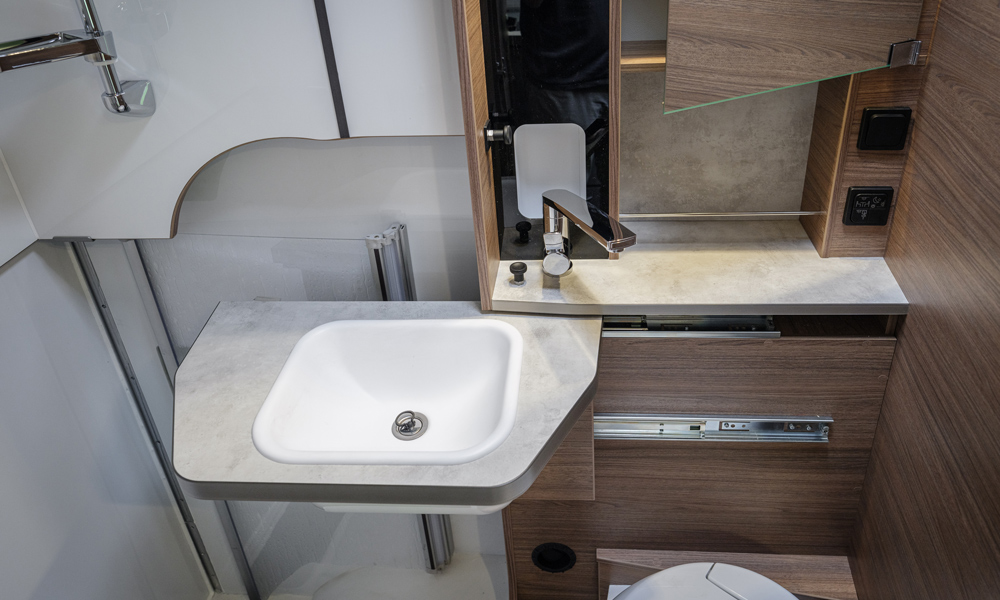 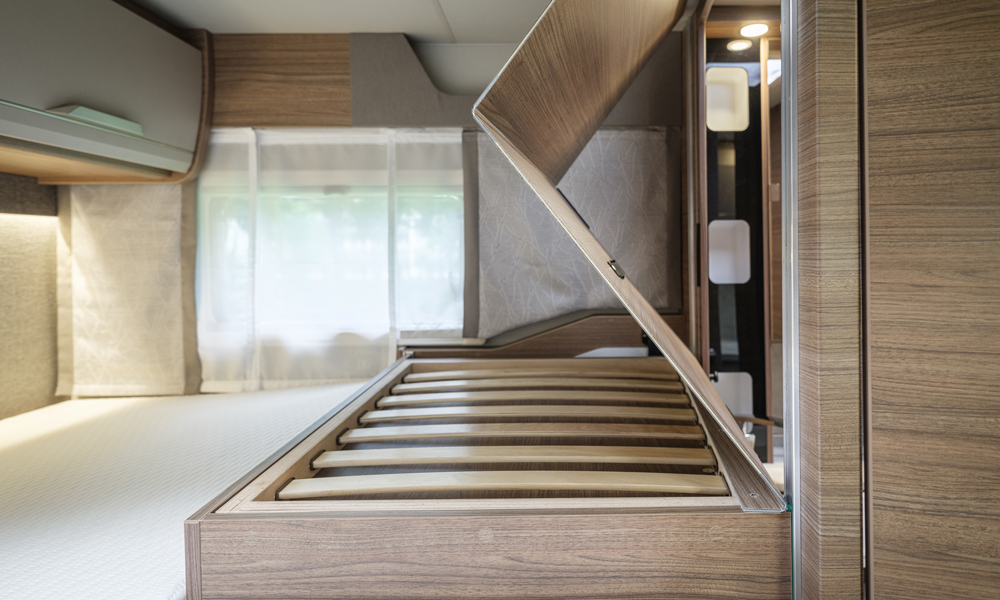 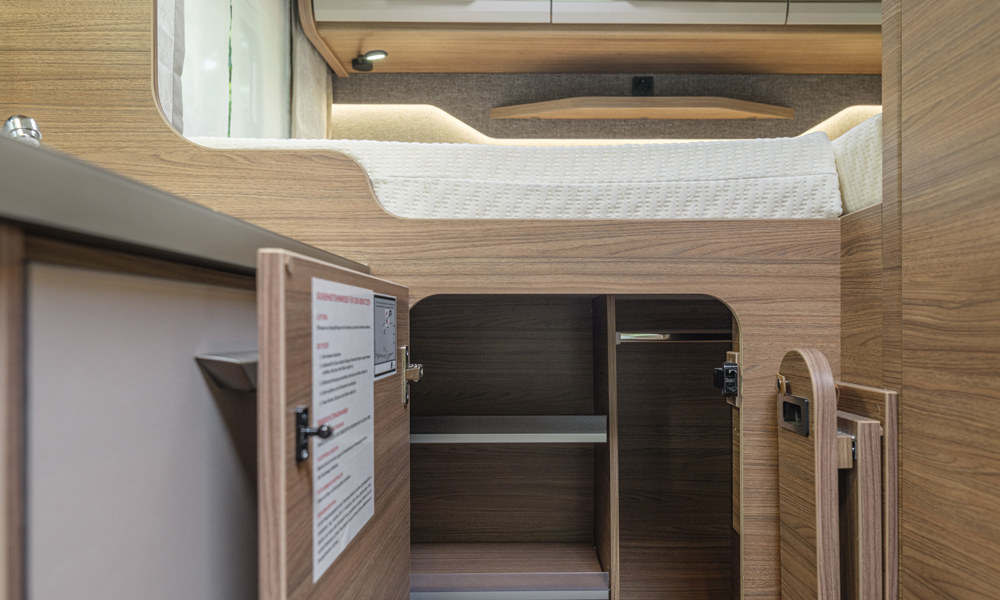 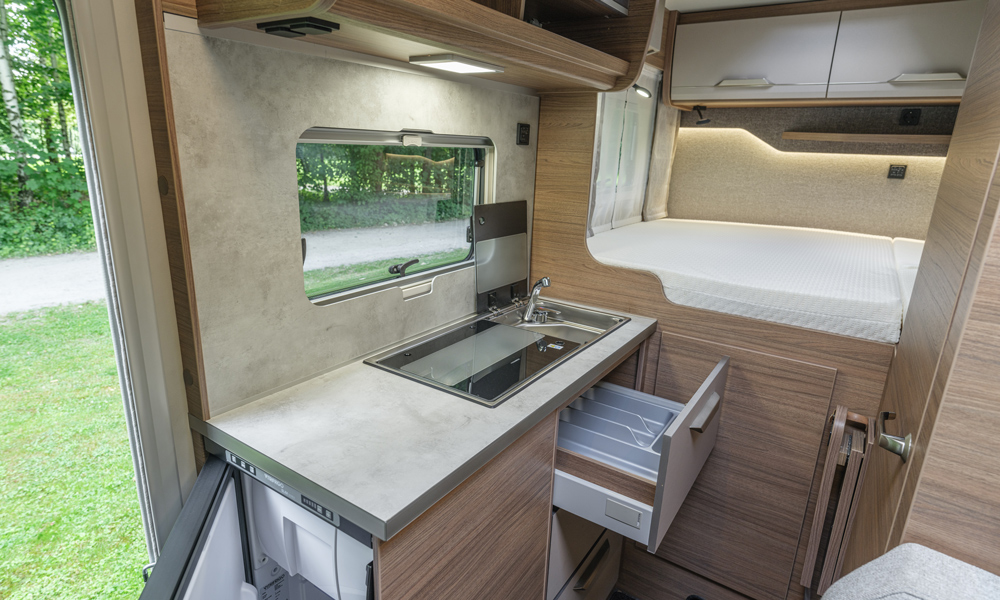 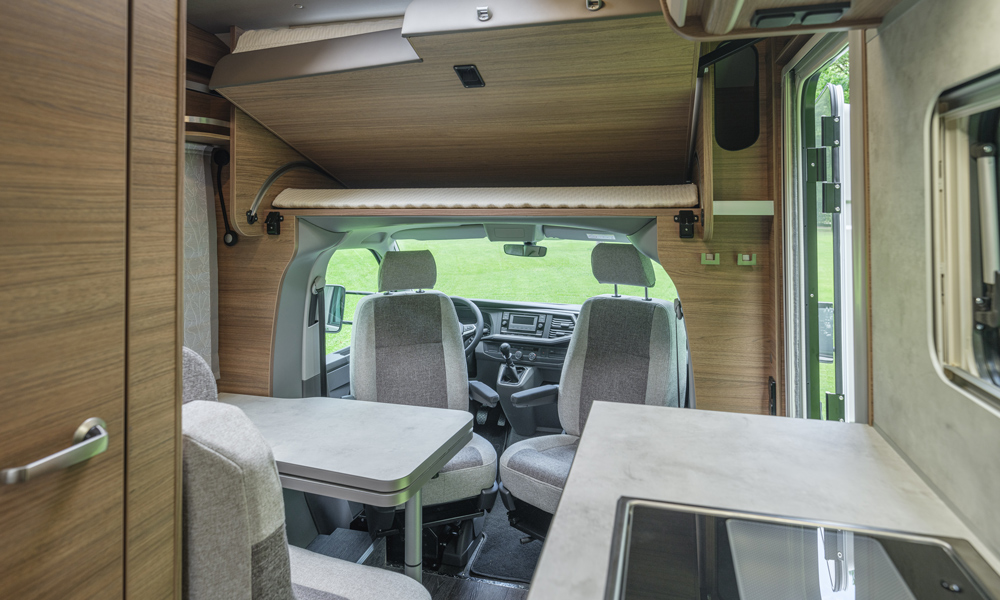 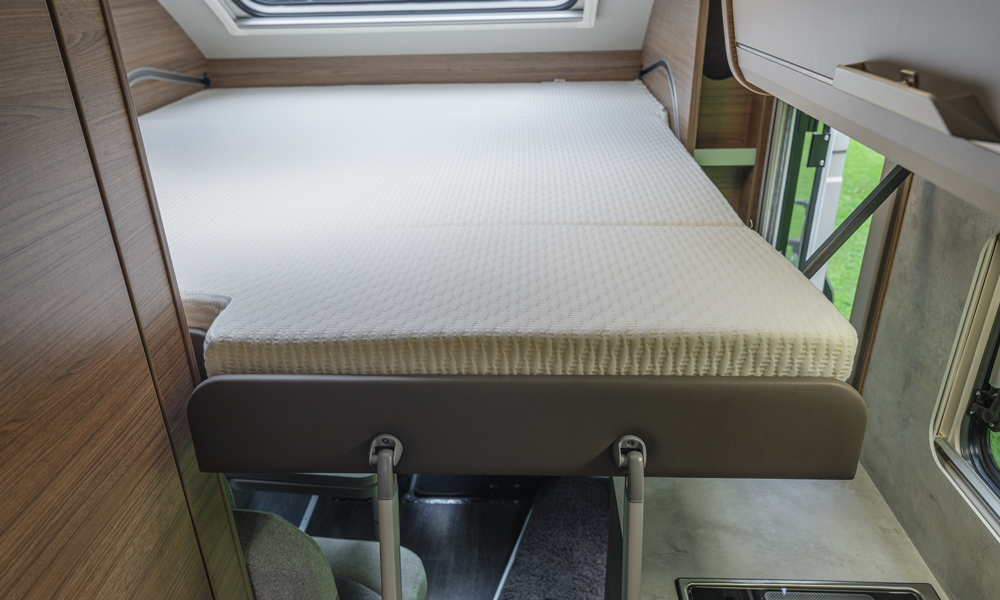 Market news
In the anniversary year 3600, 2021 employees assembled 25000 recreational vehicles in Jandelsbrunn, Mottgers and Schlüssfeld in Germany, and in Nagyoroszi in Hungary. It generated a turnover of around 850 million Euros. The company, which consists of the brand names Knaus, Tabbert T@B, Weinsberg, Morelo and Rent and Travel, was listed on the Frankfurt stock exchange in September 2020. In June, Knaus Tabbert presented an extensive product program in Bad Griefsbach, not far from Passau and Jandelsbrunn.

Knaus Tabbert has managed to grow even in the pandemic years 2020 and 2021. The model program of caravans and motorhomes is extensive and ranges from the small and simple to the large and luxurious. Something for every taste and bank account, in other words.

A number of caravan manufacturers have struggled with long delivery times due to a shortage of chassis and other parts. Knaus Tabbert tries to get around this. Last year, vehicles with a star in the grill were presented as a result of the orientation towards chassis suppliers other than Fiat and MAN. This year, it was a new agreement with Ford and VW that was in focus. This spread over several suppliers is part of the shift strategy which will ensure Knaus Tabbert greater freedom of choice and help reduce delivery times.

Urban mobile homes on the rise

The so-called city motorhomes, i.e. motorhomes built into large vans, are a growing market segment. They can park in regular car parks in cities and garages, and are thus far more usable in use than more traditional motorhomes. Knaus has further developed the concept, and presented in Bad Griefsbach several new city campers with good interior space despite modest external dimensions. For example, a new Vansation built on a VW Crafter chassis. Small and compact, but still offers plenty of space and a lot of equipment. They also came with a so-called Tourer CUV, where the entire roof can be raised. This gives the motorhome full headroom, but only when the car is parked.

The new TOURER VAN is a newly developed, semi-integrated vehicle, based on the VW T6.1 The motorhome will be available in two configurations: 500 MQ and 500 LT. With an interior width of 200 cm, a height of 276 cm and a length of 588 cm, the TOURER VAN is spacious and manageable at the same time. Both layouts have a spacious kitchen with a 90-litre compressor fridge, sink and two-burner hob, as well as diesel heating and a boiler. A practical sliding bed above the cab can be ordered on request, so that a total of up to four people can sleep in the TOURER VAN.

The 500 MQ has been given a special function. With a few simple hand movements, the bathroom can be easily adapted to the current usage situation. If not required, you can slide the height-adjustable shower down so that it is level with the adjacent rear double bed; the mattress then rests on top of the shower. This creates extra space when the shower is not in use. When the shower is pushed into the upper position, it becomes a fully functional shower cubicle with a folding wall and a full standing height of 1,90 metres. Whether in sleep or shower mode, the toilet is accessible and usable at all times.

The Tourer Van 500 MQ has a rear garage and two separate sleeping areas, the double bed at the back and the optional sliding bed at the front. In 500 LT there is a spacious garage, a large storage room in the floor which can also be accessed via the garage, as well as additional rooms and cupboards for holiday equipment of all kinds.

The swiveling bathroom makes the most of the space by combining two different areas of use. The basin on one side can be swung over the toilet with a handle. This creates an independent shower area with smooth walls on the other side. The shower shelves integrated into the side wall are fully usable in both areas.

Instead of one, the 500 LT has two bench seats with room for four people arranged lengthwise. If the driver's seat and the front passenger's seat also face the living area, a total of six people can sit at the table, which can also be extended if necessary. So you can easily invite guests to a meal. In addition, this seating area can be converted into a spacious double bed. In addition, you can get a drop-down bed with room for two, so you don't have to get up and down every morning and evening.