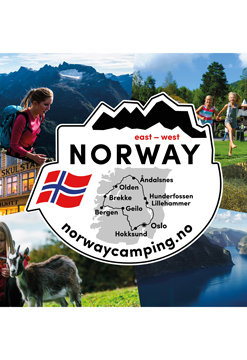 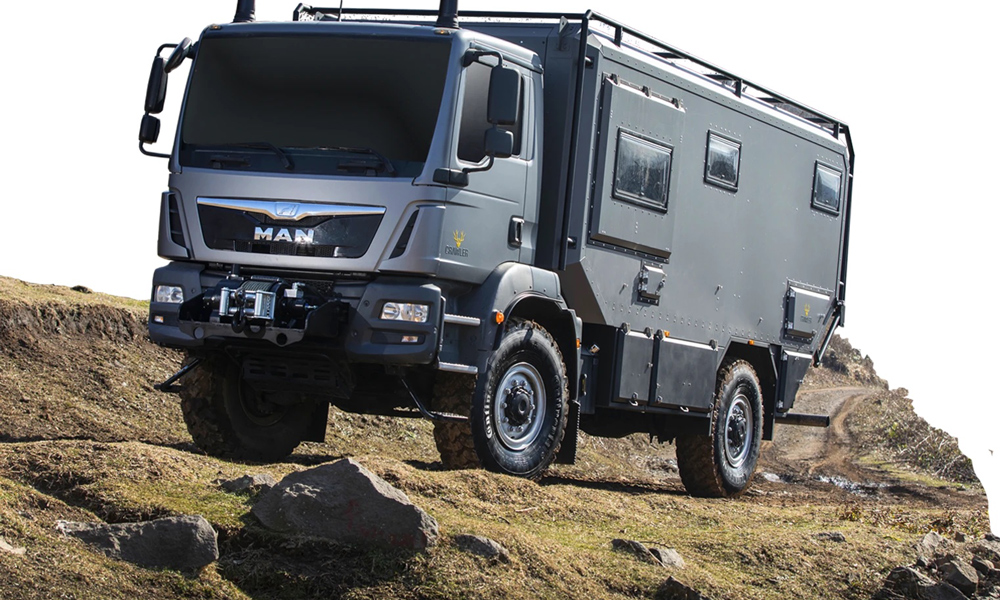 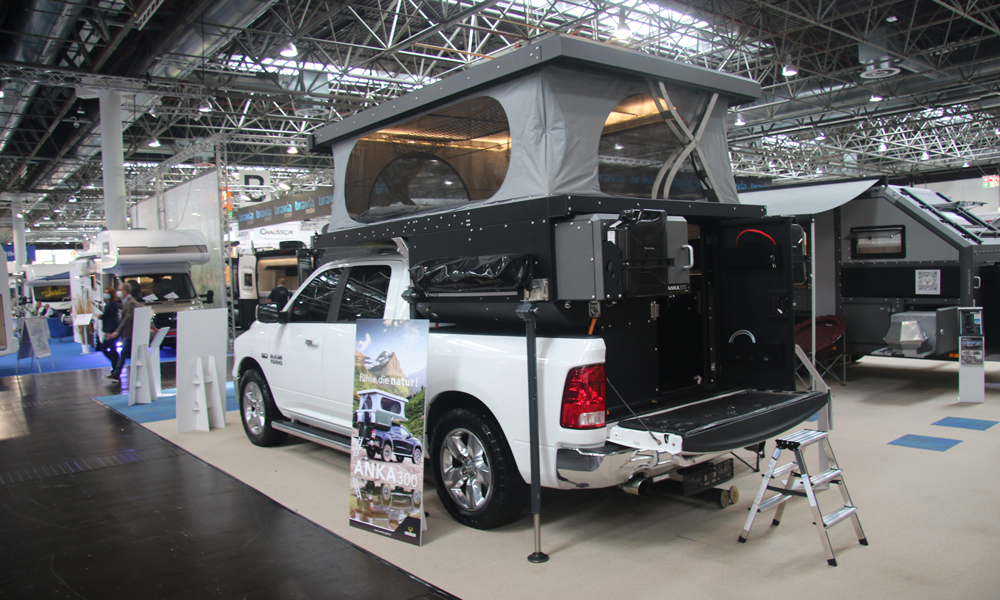 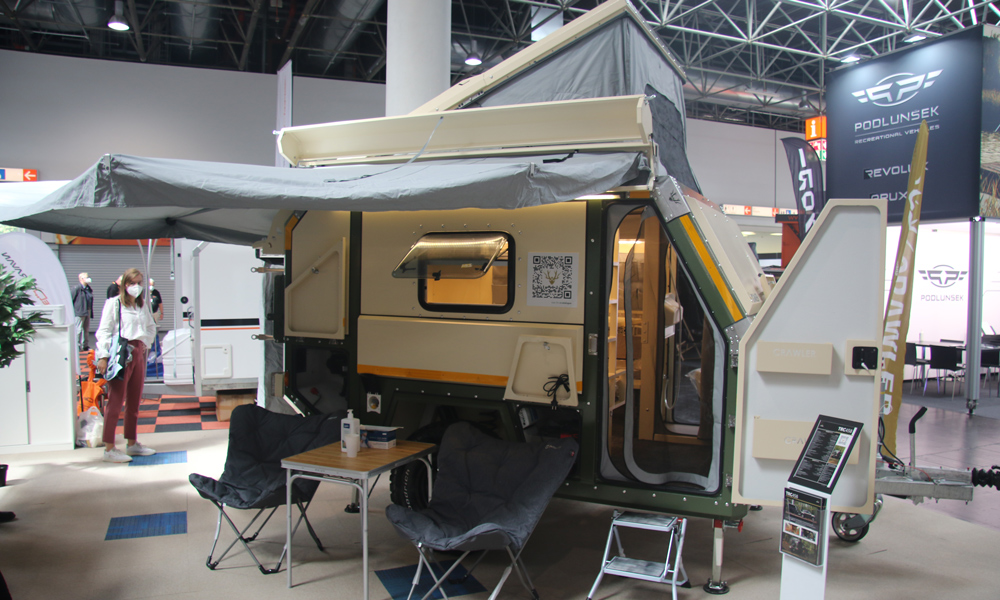 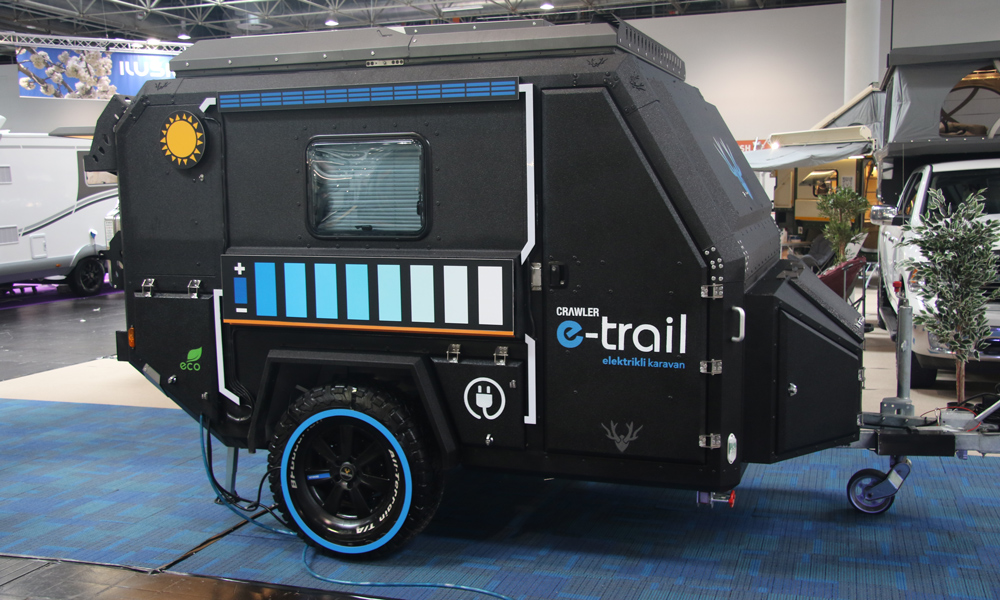 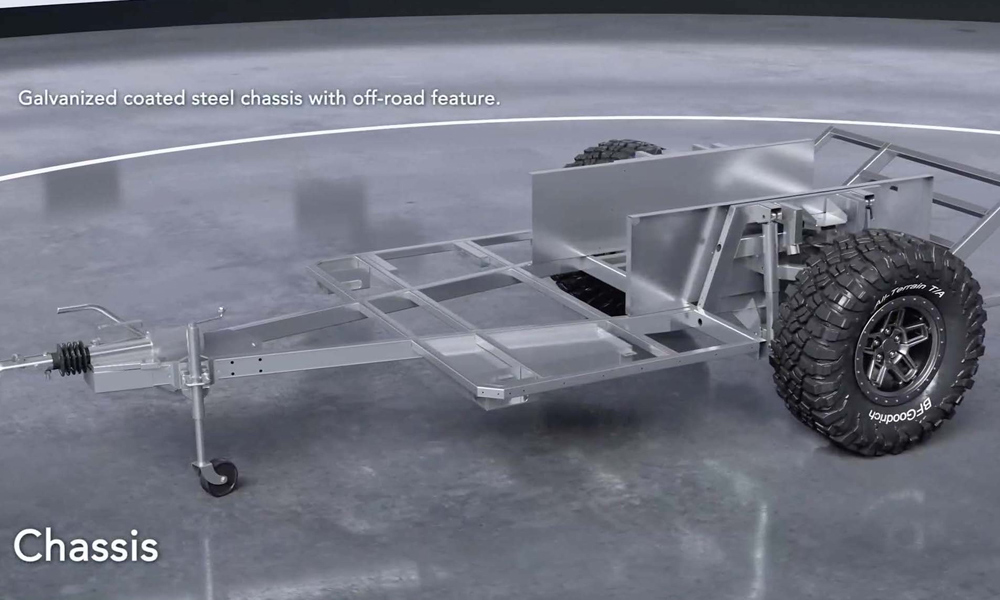 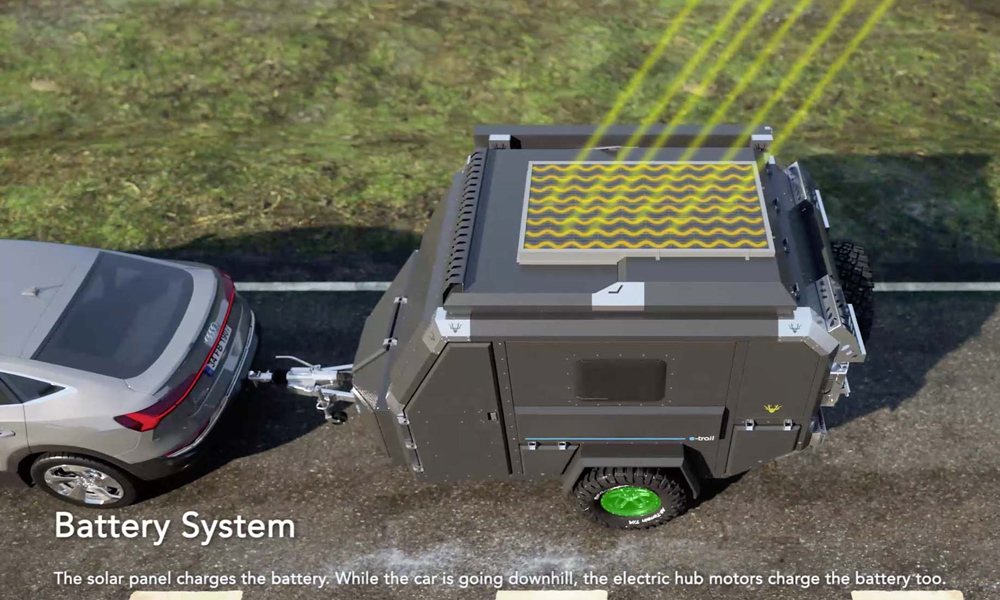 Market news
Motorhomes and caravans from Crawler are unknown to most Norwegians. Our strict rules for motorized traffic in outback are probably part of the explanation, but the products certainly deserve a closer look. The new electric caravan e-trail is particularly exciting

In the previous issue of this magazine, you could read about the special all-terrain vehicles from Iceland's Arctic Trucks. Powerful four-wheel drive vehicles specially built to push boundaries and make expeditions in rough terrain and harsh climates possible. Iceland offers rich opportunities for off-road driving - in stark contrast to most of continental Europe.

But to the south and east of Europe there are large areas of land that attract adventurous tourists who want to travel off the beaten track - in their own all-terrain vehicle or off-road caravan. We are talking about North African countries such as Morocco with its exciting mountain and desert areas, and Tunis, which also welcomes tourists with its four-wheel drive vehicles. I myself have driven in several of these desert areas, but that was before the popularity of the motorhome, and today I would probably make slightly different choices. Either drove a specially adapted motorhome, or got myself a caravan designed for use in extreme driving conditions.

Crawler comes from Turkey. A country with one foot in Europe and the other in Asia. The company has its headquarters in Istanbul. A big city that in many areas is similar to those we find around the Mediterranean, but at the same time something completely different. The mystery of the East is clearly present, and you don't have to drive that many hours east before a whole new world opens up. Civilization gives you the experience of traveling backwards in time, the landscape becomes more barren and the mountains larger. A journey east towards Asia will offer a unique mix of adventures, experiences and challenges enough, even if you only stay within Turkey's borders. It is these boundary-pushing and thrill-seeking customers that Crawler has as its target audience - and builds motorhomes, campers and caravans to satisfy them. Something they do to start!

The most extreme vehicle in Crawler's model range is the MAN-based "lorry-camper" OTAG 600. With a bed for four, a water tank of 496 litres, a solar panel on the roof and the possibility of an office space as a furnishing option, this is the dream car for those extreme expeditions . Four-wheel drive, all-terrain tires and high ground clearance mean that it "...are pushing limits" - as the manufacturer writes. In return, it has a guide price of around 120 euros without taxes. If, on the other hand, you have your own four-wheel drive - whether it's a pickup such as a Ford Ranger, or a closed van such as a Toyota Landcruiser - the adventure can start with a completely different price tag. For the first-mentioned category of cars, Crawler has developed camper/tent solutions that use the loading platform when the need arises. In this way, the everyday car can quickly be changed into a "motorhome" for leisure purposes. The agility and flexibility will be the same as for an ordinary city motorhome, but the price will be more favorable and the off-road characteristics better.

You get more space and comfort by hooking a caravan to the hook, whether it's a pick-up or a van that will be used as a towing vehicle. Like cars like this, the three different caravan models from Crawler also have high ground clearance, short overhangs, a rigid chassis and a wheel suspension designed for demanding terrain. Two of the models are also being built in a "Nordic" Edition which is adapted to our climate. A look at the smallest of these, TRC 458, reveals several unique details. There is also access to the toilet and shower, as well as the kitchen directly from outside. Hunters and hikers thus have access to these facilities without having to enter the carriage in the usual way. With beds in two heights, the compact wagon also offers sleeping space for four people. A water tank of 126 liters and lots of good equipment are standard, while the list of exciting extras is long. Solar panels, fishing rod holders, gun holders and Truma combi heaters are just a small selection. The wagon weight is 900 kg with standard equipment.

What made us stop at Crawler's stand at the fair in Germany was the brand new electric caravan concept e-trail. Like Dethleff's e-Caravan, the Crawler also has to wait for changes in the regulations to be able to launch the novelty in full, but the novelty is exciting. With more and more hybrid cars and pure electric cars, trailer weight and power consumption are becoming an increasingly relevant topic. The number of off-road four-wheel-drive electric car models is also steadily increasing, and with upcoming cars such as the Ford F-series, Subaru Soltera and Toyota BZx4, the market is also opening up for an electric variant of the distinctive Crawler caravan models. The new e-trail has a rigid aluminum chassis where lithium-ion batteries are placed inside a double floor. Two electric hub motors with a total output of 46 kW provide the propulsion.

Calculations show that rather than a reduced range of up to 50 per cent with a trailer in tow, the electric car's range is reduced by only five per cent with an electric caravan on the hook. A torque vectoring system stabilizes the cart when braking and also acts as an anti-skid system on smooth surfaces. The electric motors also act as a "Mover" and the caravan is self-driving with the help of an app for maneuvering into a pitch. Solar cells on the roof, an on-board charger for 240V and regeneration of the batteries on downhill slopes provide good opportunities for electric operation even on long trips. The e-trail caravan is still at the concept stage, but you will be able to get prices and information about the other Crawler models from the Norwegian importer Minicaravan in Arendal.