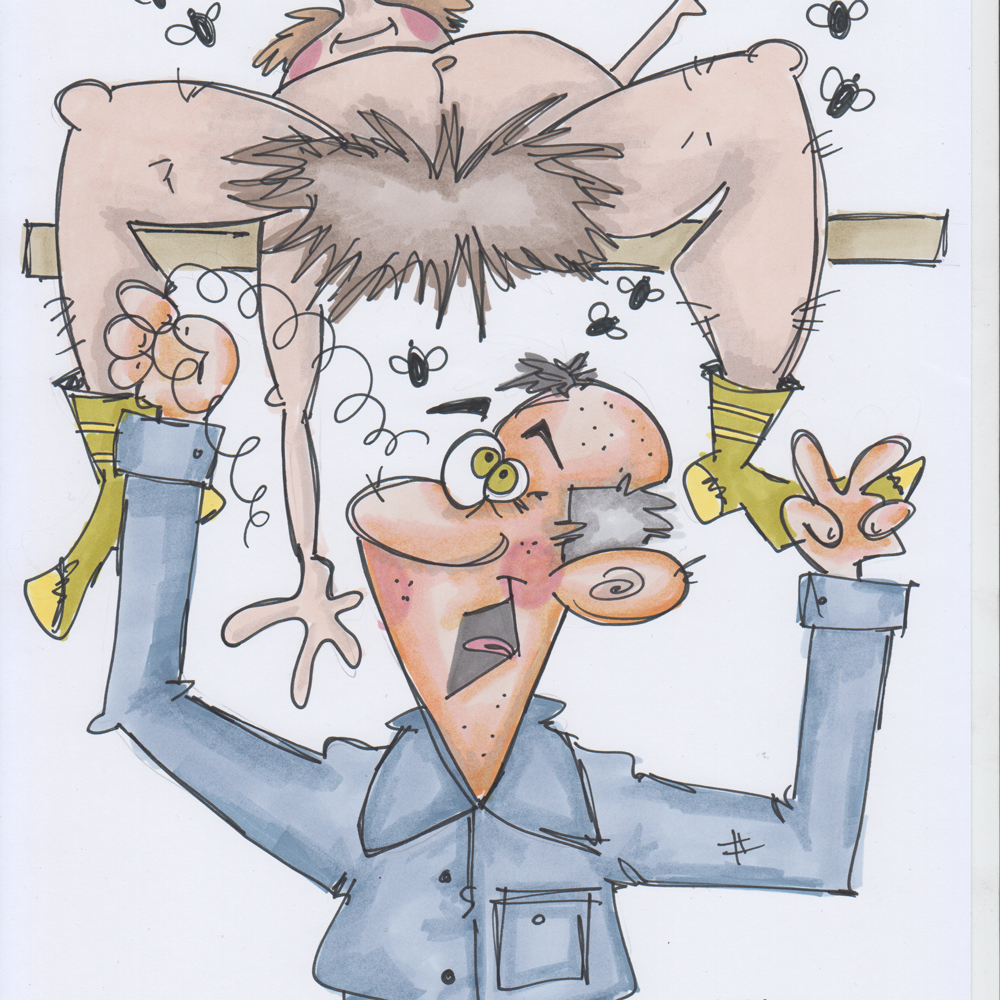 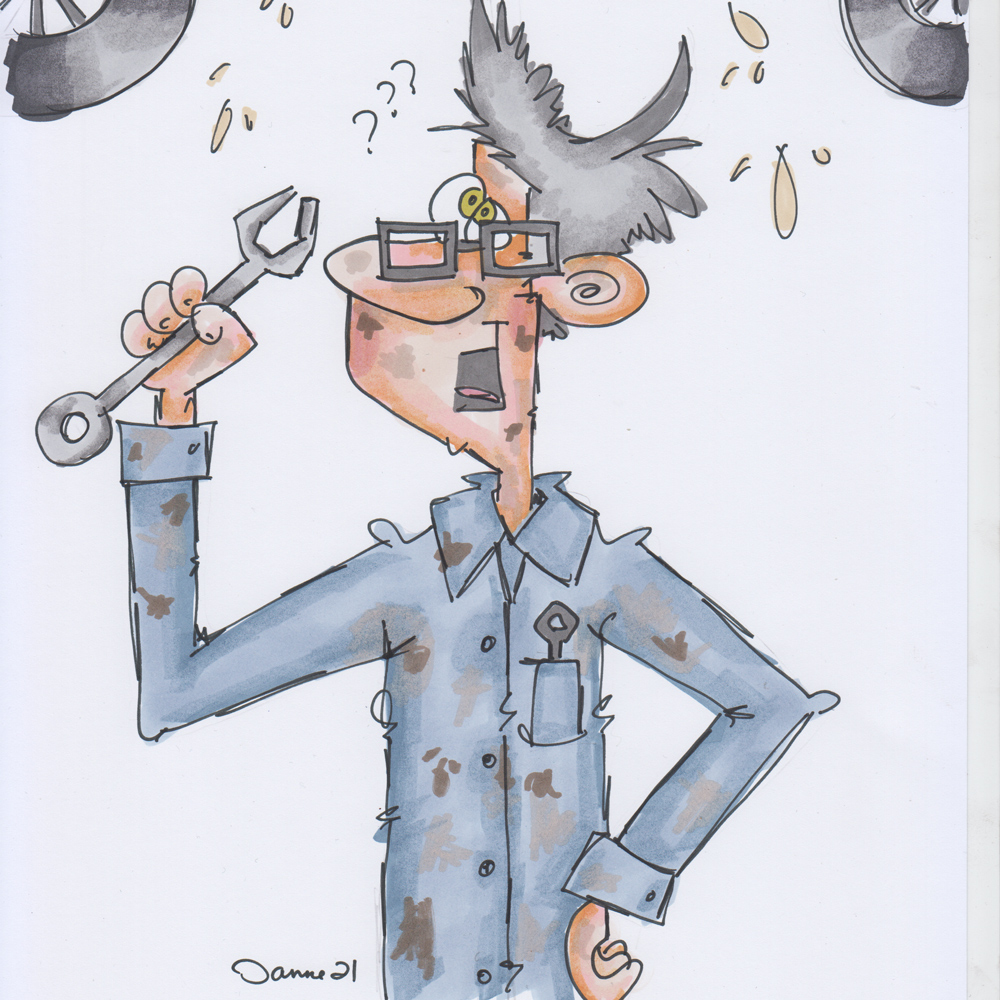 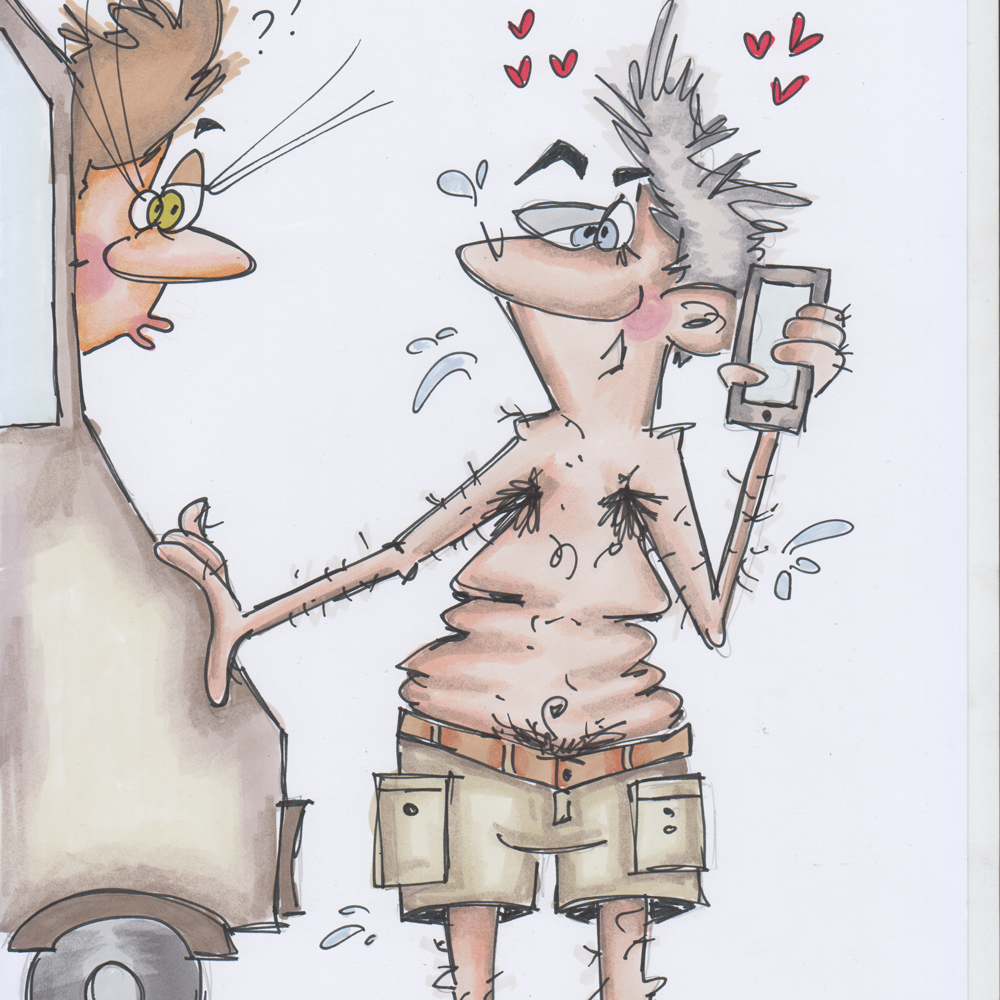 The many joys of camping life: Undercarriage treatment and misunderstandings

Slanting glance at camping life
It was this summer that I overheard the old man in conversation in the middle of the mountain, when he was talking to a friend on his mobile phone about how grom the motorhome was, and I was sure that he was talking about me. He elaborated on "how small and neat she was", "the neighborhood", "how easy she was to maneuver", and how "she was constantly an eye-catcher and attracted the attention of oncoming drivers and others. campers on campsites around ». It was only when he told his friend how much diesel went on the mile that I realized that it was not the old woman he was talking about at all, but the old woman. An ever so small loss of self-confidence there, even if simple research and a touch of self-insight should indicate that the words "nett", "lita" and "strøken" are not adjectives that have been used to describe the undersigned for the past 30 years.

The old man and I have enjoyed the event. The misunderstanding, the double communication if you will, has been a topic of conversation here at home since this summer. It will not be more fun than you make yourself, and we have subsequently agreed that the commonalities between the wife and the motorhome are virtually non-existent. "Imagine comparing yourself to a car!" says the old man constantly away, we also laugh. Because yes, that's stupid! Or, is it really that?

It was not until last week that I realized how similar we really are, the motorhome and me. Now, of course, I'm not talking about the outside. Because even though the body of both of us is somewhat robust, with a few bruises here and there, a little scratch in the paint, and the occasional dent from unfortunate encounters with rough and hilly terrain, these are the slightly more invisible flaws I'm talking about. You know, the parts of the cart, and the old woman that are not visible to the naked eye, the parts that are not available for picking and close admiration if you do not "dig a little deeper".

Let me elaborate. It was one day in the middle of the week that both the old man and I took half a day off to go on «the annual check-up. Feel free to call it underbody treatment. In the technical language, it is called EU control and abdomen control. Location: Car workshop at Kjeller, and gynecologist at Kløfta. The latter settlement, by the way, I think is a particularly enjoyable name for a gynecologist to have office space. The car mechanic, a jovial guy in his fifties, known for being efficient and having a good customer base. The gynecologist, a jovial guy in his fifties, known for being careful, perhaps a little too assumed jovial, and for talking too much to lighten the mood.

The car mechanic: "Yes, then we can hoist this cart up in the buck then, so that we can see a little better what is below here!"

Gynecologist: "Yes, you can hoist yourself up a little in this stool then, and spread your legs a little properly, then we'll see what's up here!"

The car mechanic: "Is it a long time since the last check or?"

Gynecologist: "Is it a long time since the last check or?"

The car mechanic: "Look here, yes. At first glance, it looks like you have taken good care of this treasure! ”

The gynecologist: "Look here yes, at first glance it looks like you have taken good care of this carcass"

The car mechanic: «Is there a lot of use during the day or? Is it driven regularly, or is it unused for longer periods? »

The gynecologist: «Will you be on the Miss Day then? Or, is it, hehehehe… eh… a little drying time for tia? »

The car mechanic: "It's probably okay if it's dry at least, maybe a little warm, and at least under cover in the winter!"

The gynecologist: «You make sure to keep it dry down there or? It's important to be warm in the right places, you know! ”

The car mechanic: "Then there will be less moisture and rot damage, easier to maintain, right!"

Gynecologist: "Then there will be less such fungal damage, you know, it stings a little less, right!"

The car mechanic: "I think we should hoist an even higher me, so I feel a little really up behind the brake discs there! Sometimes there is a bit of grumbling there! ”

Gynecologist: "Can you lie back and lift your abdomen a little more?" Would love to feel a little further up there, just so we can rule out some gloom behind there! "

The car mechanic: «Njaaaa, looks like there is a broken coil spring here…»

Gynecologist: "Njaaaa, looks like a spring has broken in the spiral here…"

The car mechanic: «Well, hard to say. Drove over a large rock perhaps, walked a little violently… not good to say, but that kind of thing happens. "

The car mechanic: «Then we change that spiral spring!

The gynecologist: "Then we change that spiral!"

The car mechanic: "There is no sign of any kind of leak here at least!"

Gynecologist: "Do you notice any kind of leak?"

The car mechanic: "It may look like there is some rust on the rear brake discs. Unfavorable things, get a little harder to hold back then…. »

Gynecologist: "Åssen is with your" brake discs "then miss. Are you good at «putting in the brakes on a regular basis? Are you good at these squeezing exercises we talked about last time? Remember that it will be harder to hold back if you do not pinch a little now and then! "

The car mechanic: «It may seem as if there is a bit of slack in the linings and in the support balls here. Can not expect anything else from this year model. No violent stuff, so I do not replace it right now, if you do not think it is troublesome on the road, but it is worth noting the next check! "

The gynecologist: «Well, there's probably a bit of slack in the slack here yes, but other things are not to be expected at your age. It's not something we are going to do anything about right yet, if it does not bother you significantly, but you can decide whether we should take a little more thorough action within the next check! "

The car mechanic: "Like that, then we lift the donning down again, all you have to do is take a controlled breisladd on the way home, we take the payment at the reception.

The gynecologist: «Like that, then the queen can hoist herself down again, then it's just a matter of going a little straight home. We take payment at the reception. "

Later that evening, while I am sitting well placed in the corner of the sofa, just the right fit in the thighs and hips after a few hours in the torture chamber of the skilled worker from Kløfta, I overhear the old man talking to a like-minded car-enthusiastic friend. And had I not known better, wise of injury, I would have gladly thought he was talking about his wife this time too.

"No, the control went just fine! Became a few thousand bucks poorer, but the professionals must have paid them au! Joa, the chassis was surprisingly well maintained, considering the age, but I have spent a lot of time on maintenance then of course! There were a couple of such beauty flaws, but it goes a little hard in the turns between serru. This guy likes to give in a little..hehehehe, you know, test out what a is good for !!! Otherwise it looked fine, no violent leaks, just a little slack lining and some loose support balls… høhøhø… minimal with rubble and! That's exactly what I'm extremely careful about… that stone chip! So nope, all in all, no need to switch to a newer model yet! Gamla will last a few seasons in mind! ”

Carriage and old woman, it is not so different! We are both good for another season!