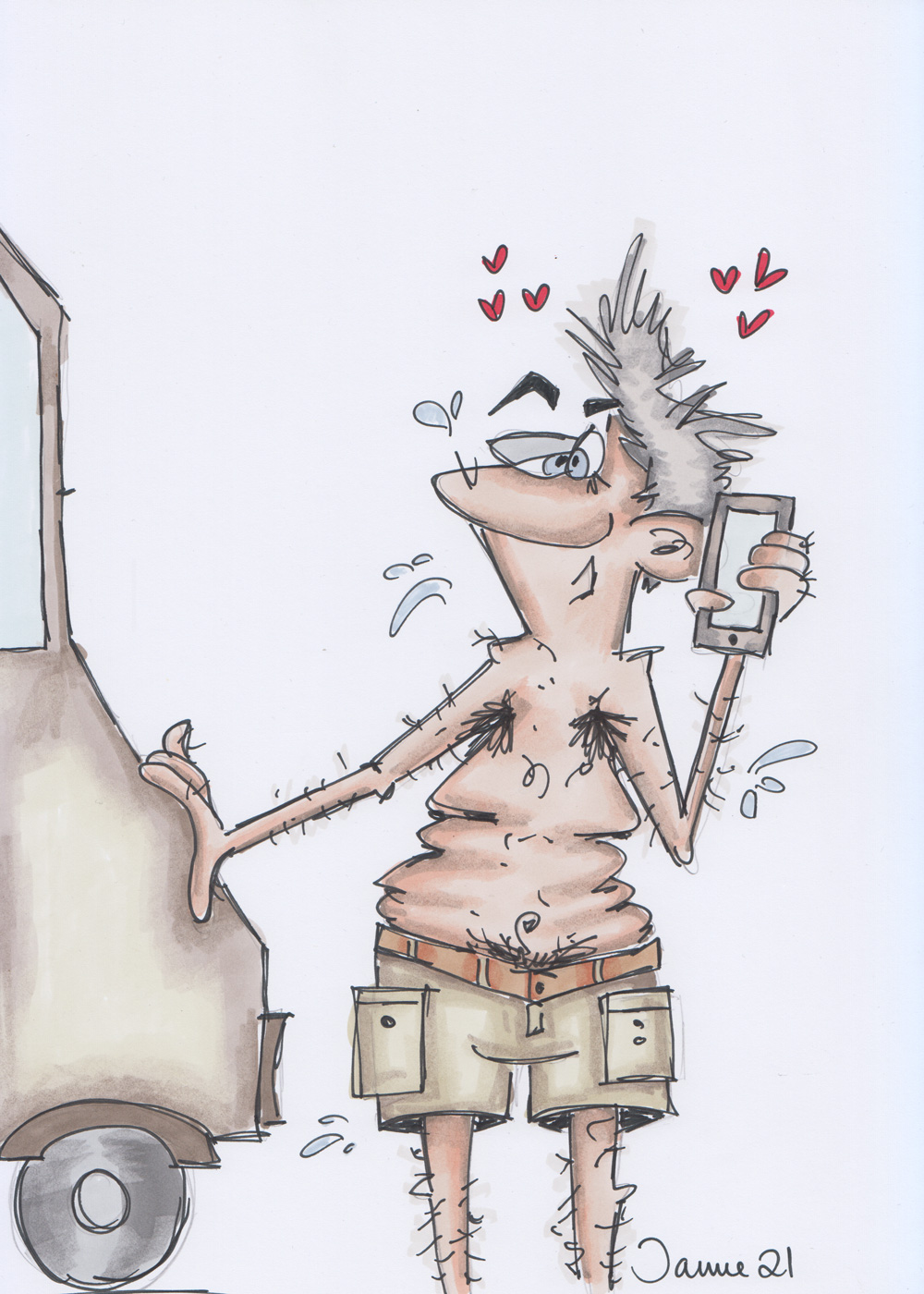 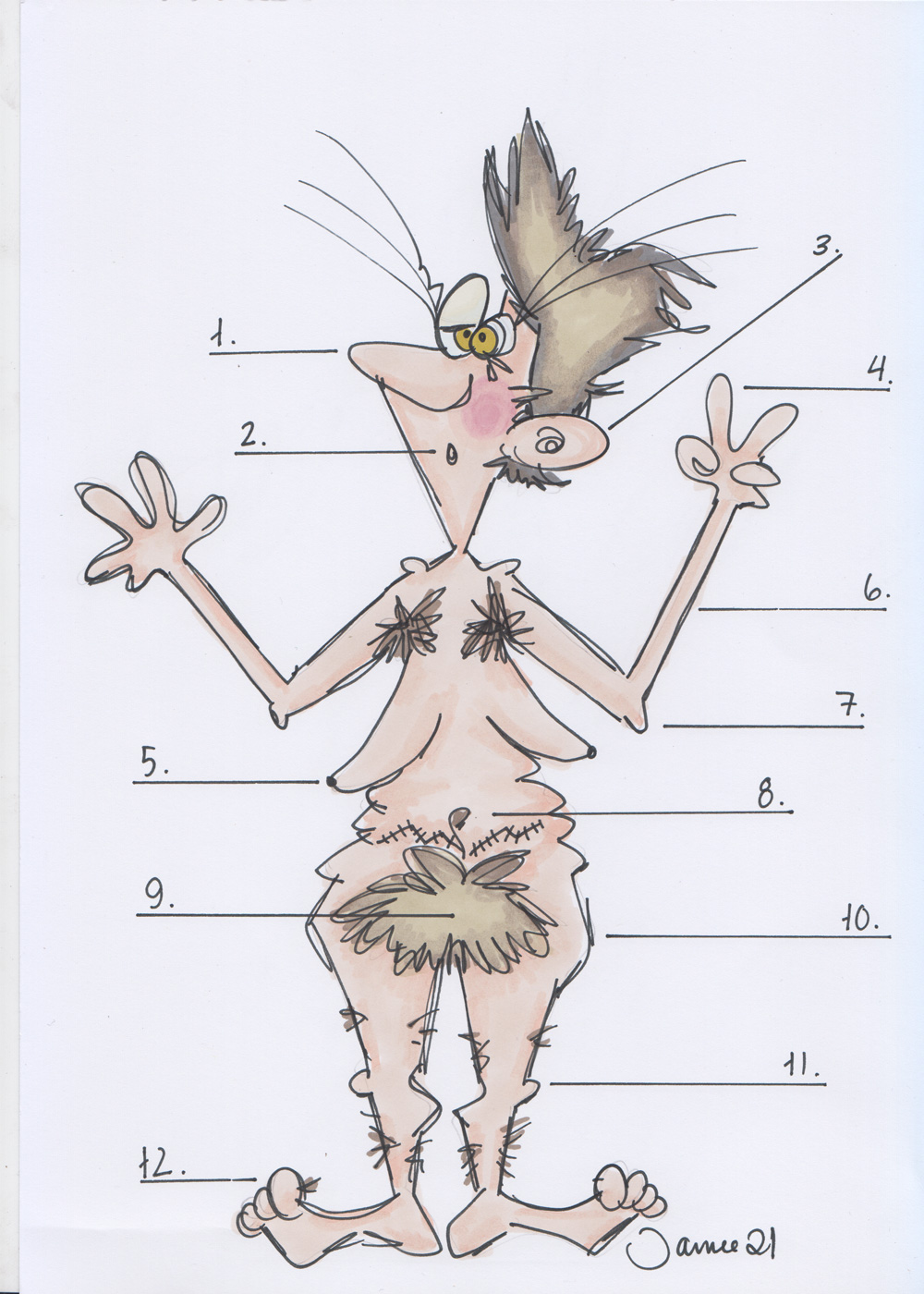 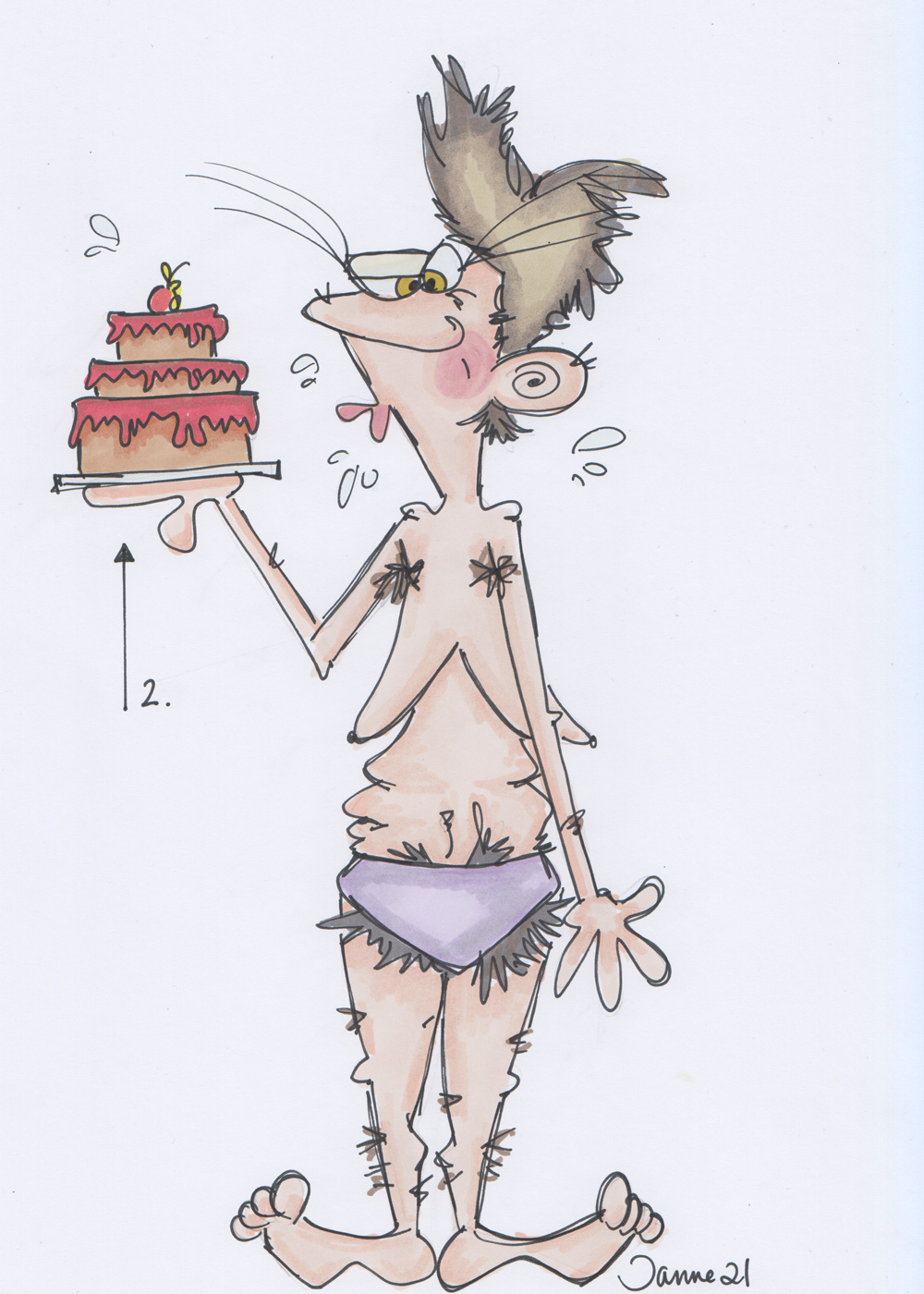 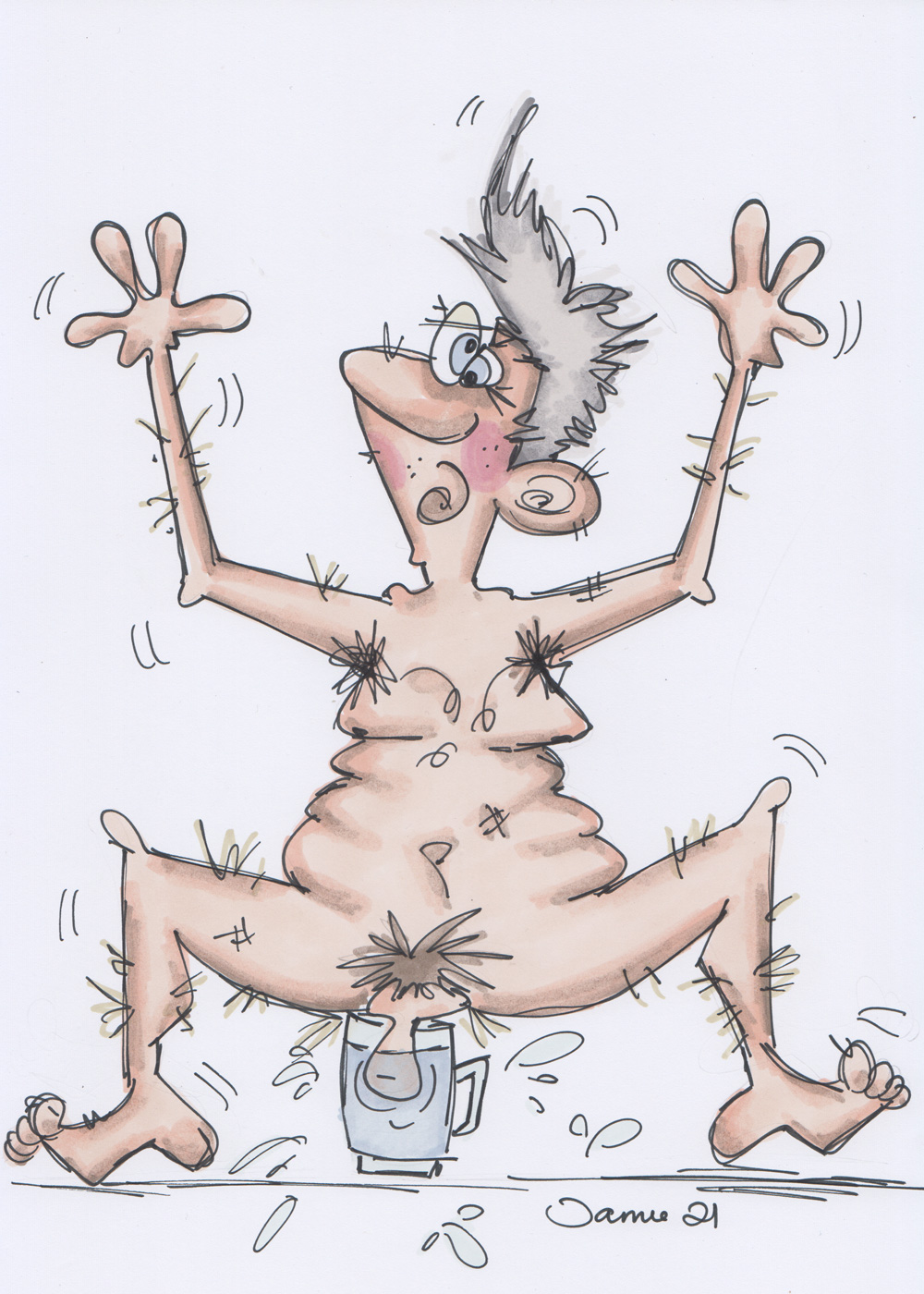 Phone call on a camping trip

Slanting glance at camping life
I could overhear small parts of the conversation where I lay stretched out in one of these folding sun loungers outside the camper, half awake, half in dreamland. The view was impeccable. The sun warmed wonderfully as it stretched over the top knoll on the mountain, and a few tens of meters further away on the knoll grazed and broke a flock of slightly worn-in sheep.

In front of the car stood the old man in newly purchased wild marsh shorts with pockets for every occasion, and talked to colleague and motorhome enthusiast Kai on his mobile while spraying his hood and headlights with carefully selected ozone-friendly detergent, while cleaning away a whole colony of mosquitoes and other unsorted insects who had to pay with his life in the encounter with the front of a Fiat over the mountains. "Yes, she's not a big deal, but jaggu looks good in the sun here!" I suddenly wake up a little more and listen. To hear him refer to me as "not a big deal", and "looks good" is, if I may be so free to say it myself, very uplifting. Imagine that the man who for more than two decades has believed that romantic gestures are the same as pinching me lightly in the hanging dolls and "jokingly say" beep-beep ", suddenly brags about the colleague's mother-in-law on the mobile phone. The old man polishes his hood and continues: "No, she's easy to maneuver!"

I'm a little stunned, mostly because even though men of experience share gossip they think are true about women, I thought the old man respected me enough not to post like our sex life that way. At the same time, I feel, and this is a bit far-fetched, to admit, that it is nice that he has noticed, and appreciates, that at the age of four-and-before I can still get my legs quite far back without it breaks noticeably in the somewhat tired and calcium-poor hip balls, and when I hear the old man proudly and loudly say that - "Sure is a little cramped, but not worse than that goes!", I feel that I get dizzy like a bristle-haired wart with maturity on kennel. I lower my sunglasses, look as playful as only a small sweaty and overgrown menopausal woman can, and start fantasizing about the old man I have now been in a two-man team with more than half my life. Suddenly he's like not only Ronny from Måsan, but a tempting man's leg with hefty pockets in his shorts, spray bottle and microfiber cloth slung over his shoulder!

Slowly I get out of a slightly tired five-step bath-bath chair, and wiggle along the driver's side of the camper and over to the old man who has just hung up. I stroke a forefinger over a set of heavily hairy male shoulders, and say in a slightly hoarse voice: "Can't you take a shower then, then I'll start dinner. You can choose the dessert! ” Then I wink with one eye, blow a slap kiss his way, and go into the cart to find everything that needs a classic "puddle in the forehead." Through the windshield, I see the old man standing with his chin a little down on his chest for a moment, as if trying to take in what just happened, while calculating the probability, purely as a percentage, that he actually should, as he himself says, "Get a beta" tonight! Then he gets up to speed. The advantage of fricamping like this in the middle of the plateau is the possibilities for a shower in the open air, without anyone but a slightly loud flock of sheep seeing you. For showers in the open air, it must be, as the bathroom / toilet in the motorhome is so cramped that you go out from there to change your mind.

There is not much space in the rest of this motorhome either, but it has its advantages I think, as it is scientifically proven that while men's erogenous zone alone hangs under the navel, women's erogenous zones are spread well all over the carcass, and in a barely square meter large "family room" in a compressed Fiat, there will be great possibilities that the old man will somehow roam away in at least one of these zones as long as he breathes. Now it should be said that my biggest erogenous zone after filling before is cake, but there was little cake on the mountain this trip. I move the calcium-poor hips rhythmically to the travel radio, while I relax a handful of potatoes and fried eggs on two plates, when I as the last finish of the culinary camping meal put four slices of star bacon in the pan, and smile seductively at the old man who is freshly showered and polished sideways into the door with only a tangled bath towel wrapped around the waist. "Mmmm… .mells good!" he says, leaning over my shoulder to sniff the smell of crispy bacon. "Hash!" I answer. "But dessert will be your responsibility!"

The old man grins broadly. Then he turns his back on me before in slow motion he first folds one part of the towel to the side, then the other, while he sways seductively from side to side to the tones from "No, how fat you have become", by Ole Ivars. "Then I know what's on the dessert menu" he laughs, and spins around so body parts that are not used to the outdoors hang on display for both me and the flock of sheep. Just then it slams high in the frying pan, just as it slams when hot fat meets melted margarine, and two drops of hot bacon fat bounce out of the pan. One ends up at the door of the toilet, the other right on the old man's precious parts! He puts in a howl so shrillly high that the sheep on top of the knoll splash sky-high and set down the cliff so that the bell chorus is heard all the way down to the lowlands, and the occasional limb lies straight in a stable side position. "Water!!!!" howls the old man! "I need cold water !!!" he shouts, as he frantically dances around on his toes, tears down ceiling lights and mobile networks, and points out that everything has become a water blister the size of a pinhead, of the second-degree burn type.
I fill a drinking glass with water and barely have time to summon myself before the old man has grabbed it before he puts the glass down on the floor between the front seats, sits down in "hockey", and puts "junior" up in the glass.

He sighs in amazement at the soothing effect the water has, before leaning forward to assess the damage, and once again putting in one of these terrifying howls! "What now ???" I ask resignedly. The old man points to the snout in the glass and says in a panic that "That blemma is VERY DIFFICULT !!!" I break out in unsympathetic laughter, to the old man's dismay, and explain as calmly (and condescendingly) as I can, that the blemma is tiny, but that the effect of water in a glass has a magnifying effect! He gets up slowly, studies the case painstakingly with a frown, before he breathes a sigh of relief and squats down again to cool the injury further. There is a guy more broad-legged than a ridden cowboy from Texas who is quiet, and a little furtent sits down at the camping table outside a little later, to eat pudding in the pan with crispy bacon. The slightly hot mood from before is definitely gone, and with wounded pride, and blister where no blister should be, the old man states that it is my fault. "If you hadn't just hugged me like that when I washed the lanterns, I wouldn't have danced naked so close to the frying pan!" he says. "But it was you who started!" I answer, and the old man looks like a question mark!

"Yes, it was you who told colleague Kai on the phone that I was a nerdy little thing. That I looked good, and that I was… you know… a bit like that in the tightest team! » I try to play a little so delicately shy, and really expect the mood to lighten, maybe even get a little hot again, but the old man just gives up with his arms, and looks stupid at me! "I was talking about the camper, your bull !!!!" I feel my ego disappear faster than the liquor of a Russian president, and the blush spreads in my cheeks as the old man laughs so he suffers acute asthma and cramps in the diaphragm. «Hahahahaaa !!! Did you really think I was talking about you! Åneida, you wife! You have not been small and fluffy since the early 90's! » Honesty lasts the longest, it is said, but I happily admit that it stings a little too, and no one can be as furry as a woman of 44 with a sunken uterus, rusty ovaries, calcium-poor hip balls, black belt in holding grudges, and hot flashes!

Therefore, it felt extra good, when the old man for the ninth time that night complained that the motorhome was at least made, to suggest that he might be able to put it in a glass of water, as it had earlier in the day been shown to work wonders for little ones body parts!

The one who laughs last laughs best. 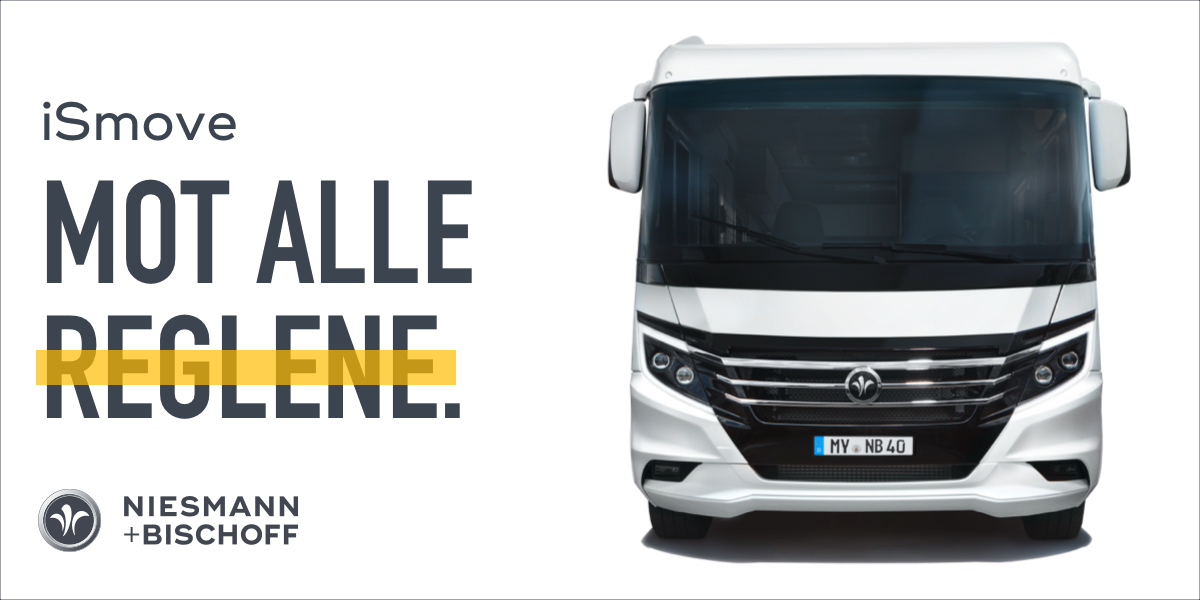