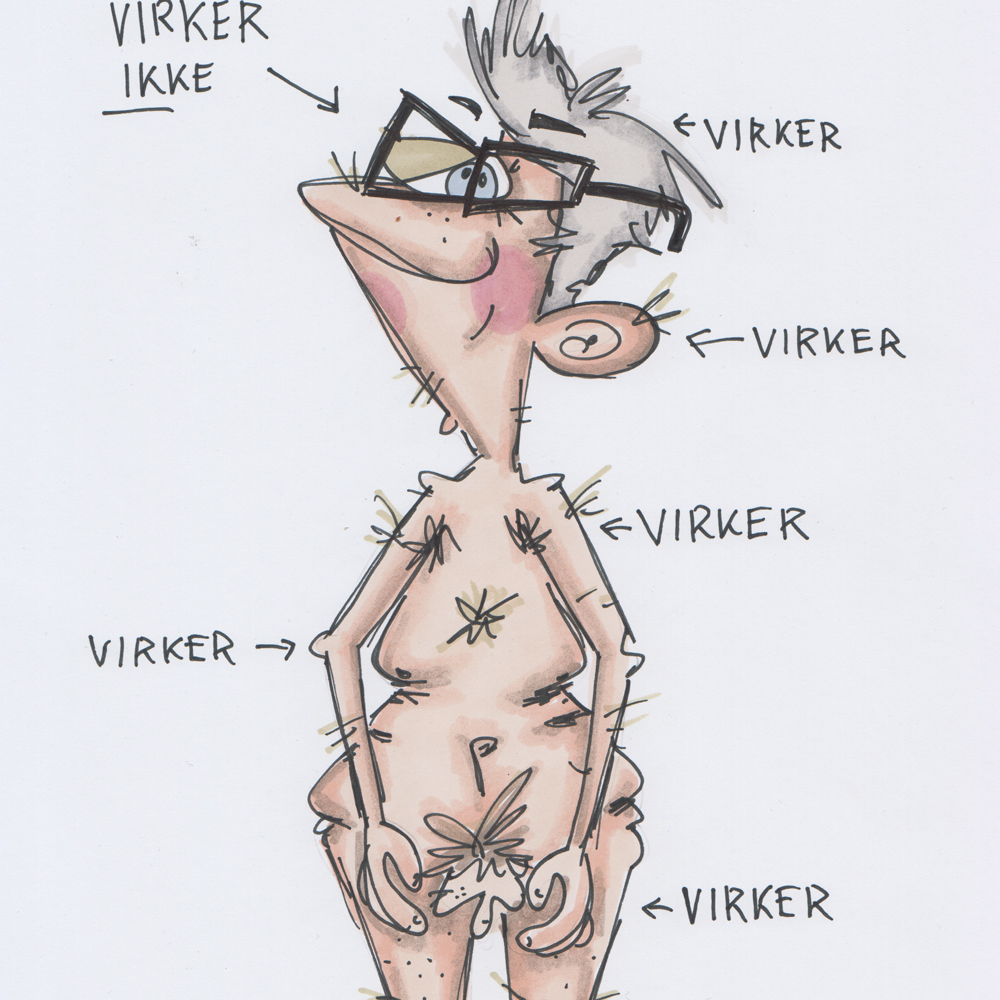 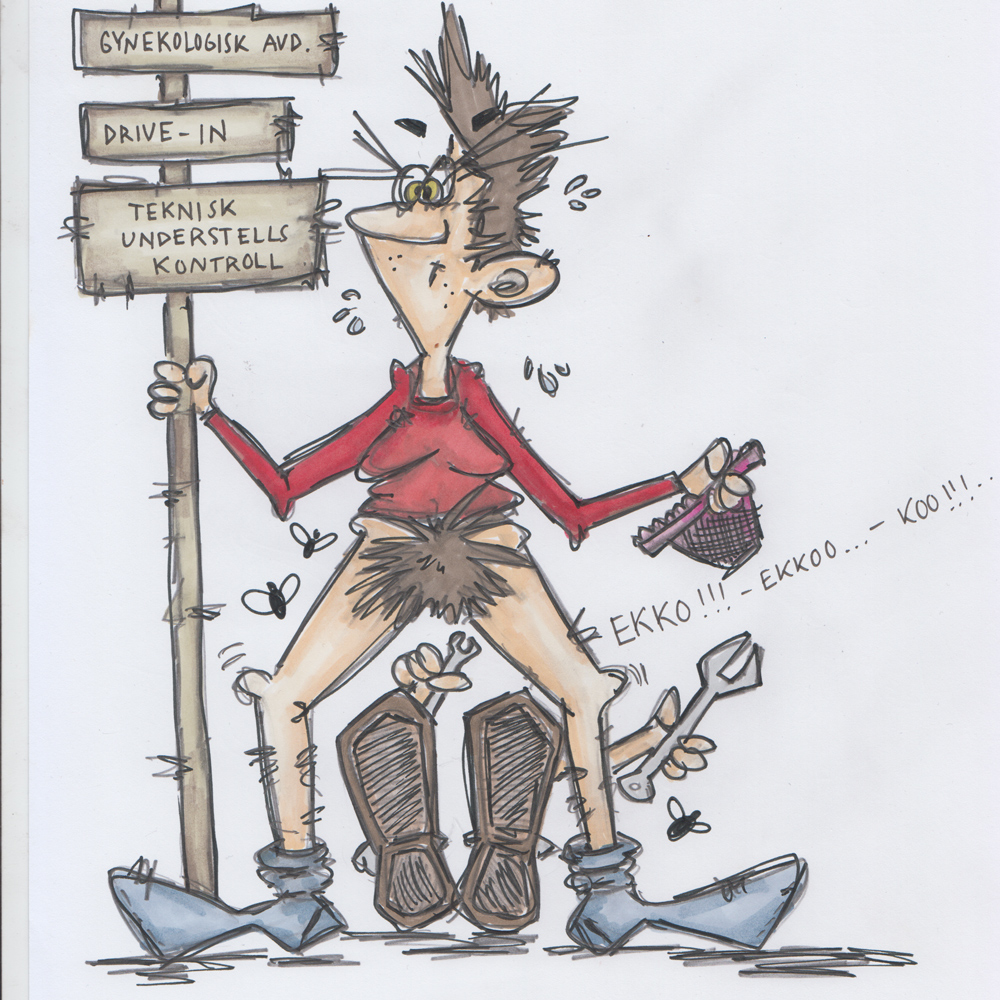 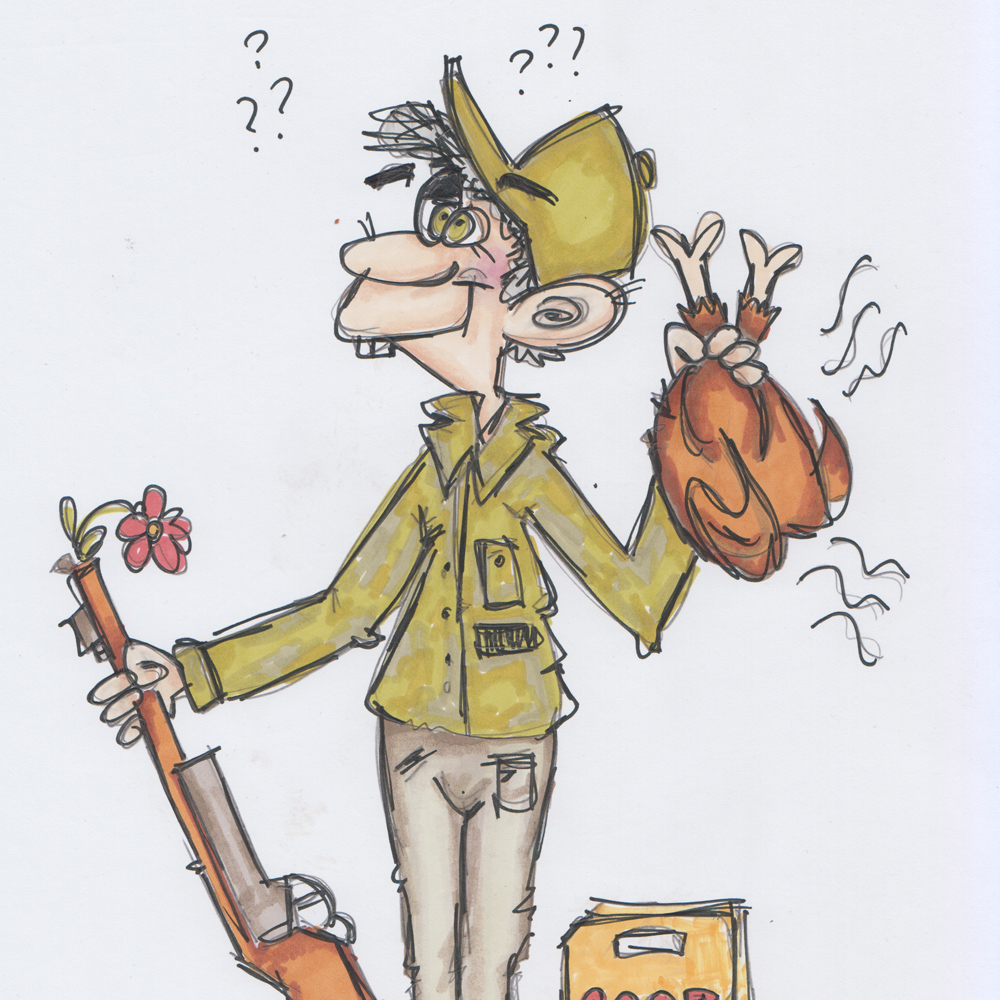 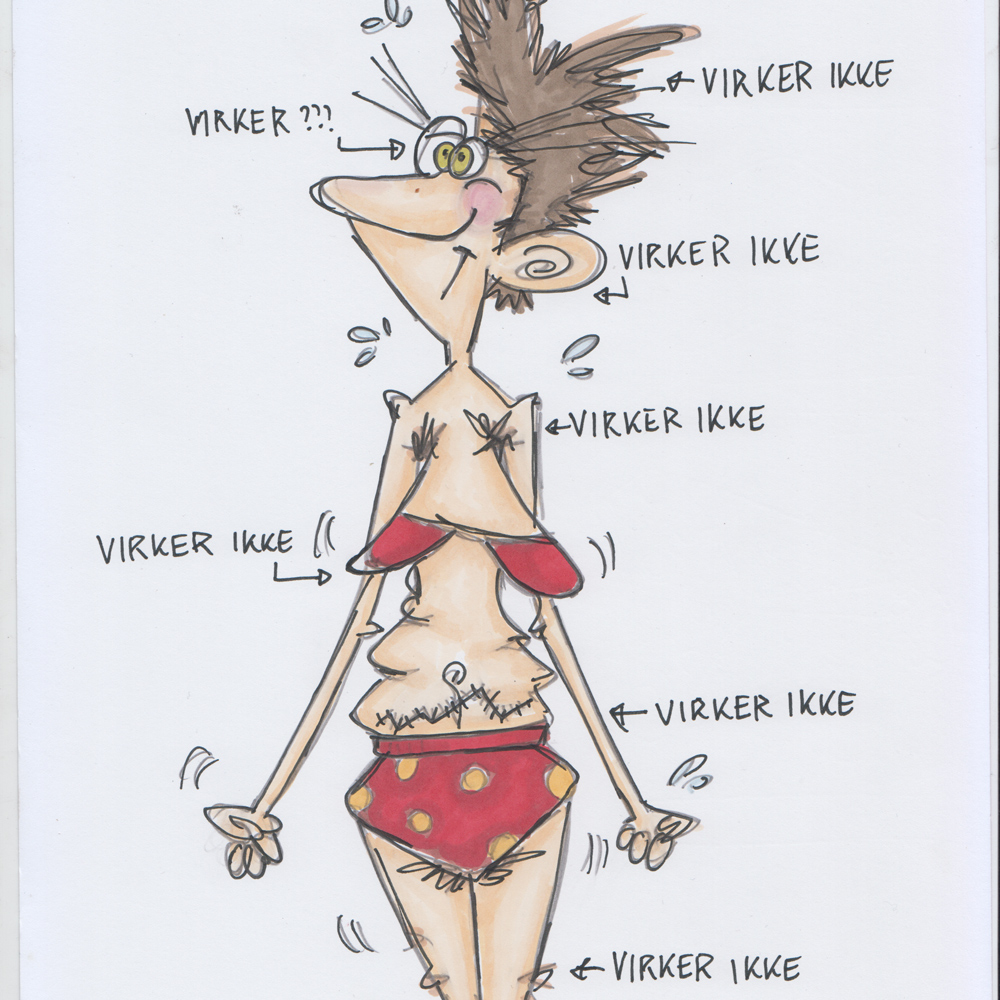 Janne's perspective on prudence: Age, prudence and much else

Slanting glance at camping life
With age comes wisdom, they say, but with age comes so much more. As a woman, I can only say that the "age supplement" comes almost overnight. From dancing past the mirror with light, youthful steps, and smiling at your own reflection one day, to standing in front of the mirror the next morning with a hunched back and squinting eyes, thinking "How on earth did that sperm win??? » Yes, because the ability to talk ourselves down is, for us women, an innate quality. A quality we hone through years of experience. By the time we reach our teens, we have a black belt in the subject, and when menopause arrives, and hormones run wilder than a bunch of four-year-olds high on sugar and Wieners in their pockets on May 17, then we have earned a doctorate in self-pity. Now one might think that it is the invisible decay that characterizes a poor woman the most, but this is not the case. No, in the spirit of vanity, the vast majority of us focus on the visible decay.

This despite highly topical ailments such as the sounds joints and bones make during simple exercises such as getting in and out of the car, getting in and out of hold-in panties and bras, getting in and out of the shower/bathtub, and up and down of Stressless, the toilet seat, and /or curb. Yes, because when you reach a certain age, the body in these contexts makes more advanced sounds than Steven Spielberg during a production of Jurassic Park. Not to mention other invisible challenges and defects such as involuntary hot flashes with subsequent drying out as well as fungus and rot damage in the basement floor, also called the abdomen, or prolapsed uterus and sprained ovaries, sociable hemorrhoids, and intestines that become irritable in contact with gluten, gluten-free , milk products from goats, cows and bulls, peas, beans, onions, shellfish with and without shells, small birds, large birds, peacocks and cuckoos.

Believe it or not, these are not challenges which bother a woman significantly in everyday life, in fact they stand in the shadow in relation to the real health challenges that come with age. Serious health challenges such as gray hair on the temples, wrinkles around the eyes and heavy eyelids, varicose veins big enough to moor a 40-foot-long vessel, flat buttocks, sore knees, unwanted hair growth of various proportions, and long breasts that constantly need emergency first aid as they tend to get jammed in kitchen drawers, car doors, dishwashers, bibs or elevator doors in half-full to full elevators. There is no escaping the fact that the female body is like a slightly poorly constructed wooden building, where you know that decay will come with water damage in the basement, cracks in the trusses, and occasional drafts on the top floor. After completing their driving license, women actually go to the EU inspection of the chassis more often than the car, and are rarely approved at the first inspection! It is and will be a painful but true fact that men age like fine wine, while women age like milk at room temperature!

That's why the schadenfro wife monster came emerged in me the day the old man came home from a health check in connection with the renewal of his driver's licence, and told me that his vision had changed for the worse and that he needed new contact lenses and glasses. Yes, I'll be honest enough to say that I was a little freaked out, because in my opinion, it's actually the only thing about this semi-old female corpse that still works more or less as it should. So it is now the case that the more mistakes you point out with others, the less time you spend dwelling on your own mistakes and shortcomings. So when the old man had picked out a pair of new driving glasses, contact lenses with more strength than Mike Tyson's punches, and had the health certificate delivered and approved by the motoring authority, we roused the motorhome from winter hibernation, and drove a trip towards Fredrikstad, just to ventilate soul, woman and man, and give ourselves a well-deserved foretaste of the summer season.

With the old man's new impaired vision in vivid memory, I was, with my rather tiring spouse genes, sitting in the passenger seat and shouting out warnings such as "CAR FROM THE RIGHT!!!", "PEDESTRIAN IN FRONT OF YOU!!!", "YELLOW LIGHT!!!", "MAN WITH THE ROLLER", "LOOSE BEE WITH TAPE", and the occasional unimportant message such as "COW ON THE GROUND!!!", just to check the responsiveness behind the new glasses. The old man is a quiet fellow, the kind who talks when he has to, but preferably not then either, and, annoyingly enough, never once lost his patience. Perhaps it was the somewhat sarcastic comment that "A chauffeur would have been better company!" meant as a small jab, but not even when I, under the car park in the motorhome lot, the cabin with my arms, pointed north and south, watched the countess pendant dance and shout out more commands than a sergeant during the NATO exercise, the old man seemed to care significantly.

It was only when we had parked, and I could tell with pride in my voice that I had survived my first ride with a "blind man", that the old man shook his head and mumbled something about how it was better to be weak-sighted than strong-mouthed, but at that time I was so excited to have survived the drive, that the adrenaline was boiling in the body, and I informed the old man that I was going to use up some of the energy by strolling around the campsite, and testing out the sanitary facilities. I wasn't gone for more than ten minutes. That's why I was so impressed when I walked back to the car and saw what my partially sighted husband had managed to do in such a short time.

The awning was pulled out, so was the one lean-to wall. A grass mat had been rolled out on the ground, the camping chairs had been given thick cushions, the table had been set up, a cozy lantern hung lit over the table, a candy bowl full of chocolate had been set out, and two cups of steaming fresh coffee stood on either side of the candy bowl! Impressive! Talk about keeping up with your wife then, and that despite a newly discovered handicap! The old man himself was nowhere to be seen, but I heard him rummaging around inside the car, assumed he was making the bed, and therefore wisely sat me down in one of the chairs outside, dug up a generous handful of sweets and chocolates from the candy bowl, swallowed down with big gulps of coffee, and leaned back, closed my eyes, and enjoyed being on the road again.

That's when I hear it. A deep male voice, with a broad Toten dialect, that did not belong to my husband, right next to me.

"Well... you should have been informed if they had guests, I would have offered you a footstool, but it looks like you've found yourself a good position, oh how!'

Right in front of me stood the actual prototype of a totning. One like that with a green military cap and matching shirt from Toten Skytterlag. Someone who cooks his own dinner, which is grilled on a fire, and who nails toothpicks from overturned plow sticks from Hedmarken. Then it hit me!!! Of course the old man had not fixed all this while I was on the toilet! I had only gone towards the first silver-grey Fiat I saw, because to us normal old ladies, a car is just a car, isn't it, and they all look exactly the same!!! I spluttered, the coffee sloshing over my thigh, stood up faster than I've ever gotten to my feet before, and coughed out more than regret when I heard resounding, booming, raw laughter from the other side of the wall of laughter!

There stood the old man, gasping for breath, laughed so that the tears flowed, hit his thigh, and hiccuped to the stranger Totningen between the giggles, that he had to apologize to his wife....

Embarrassed and light-headed, I put the coffee cup down, put back the confectionery I hadn't had time to eat, and strolled over to my old man and my own car.

It was completely quiet for a long time. He didn't say anything, and I wisely kept my mouth shut. A while later, I thought it safe to start a small, light conversation, smooth over the mistake from earlier, and thought it wise to start with something simple. The old man was sitting with his nose down on his mobile phone, and looked very absorbed in whatever he was scrolling through, so I asked in a cheerful tone: "What are you looking at then friend?” The old man turned slowly towards me, moved his glasses a little down his nose with his hand, squinted at me with raised eyebrows over the rim of his glasses and said: "I google delivery time on white cane and labrador. To you dear.” I should have seen it coming...just too bad my vision is failing.