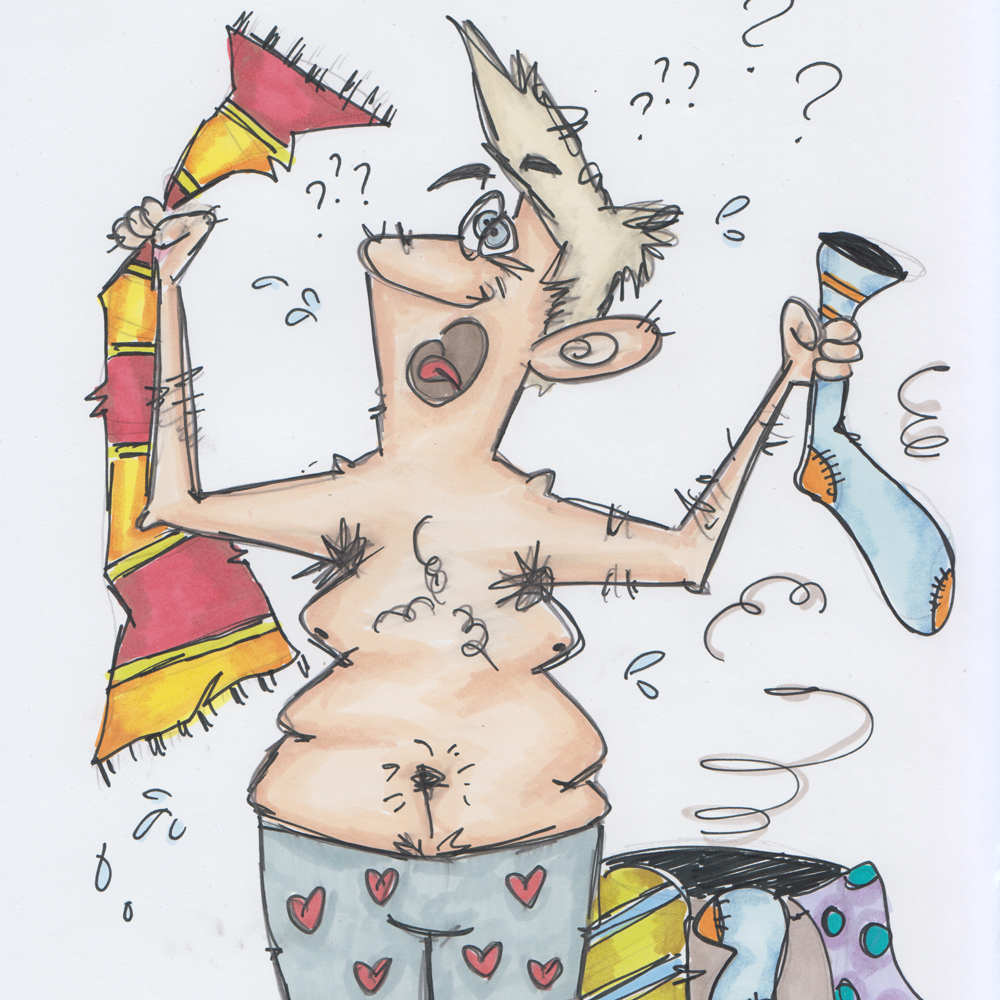 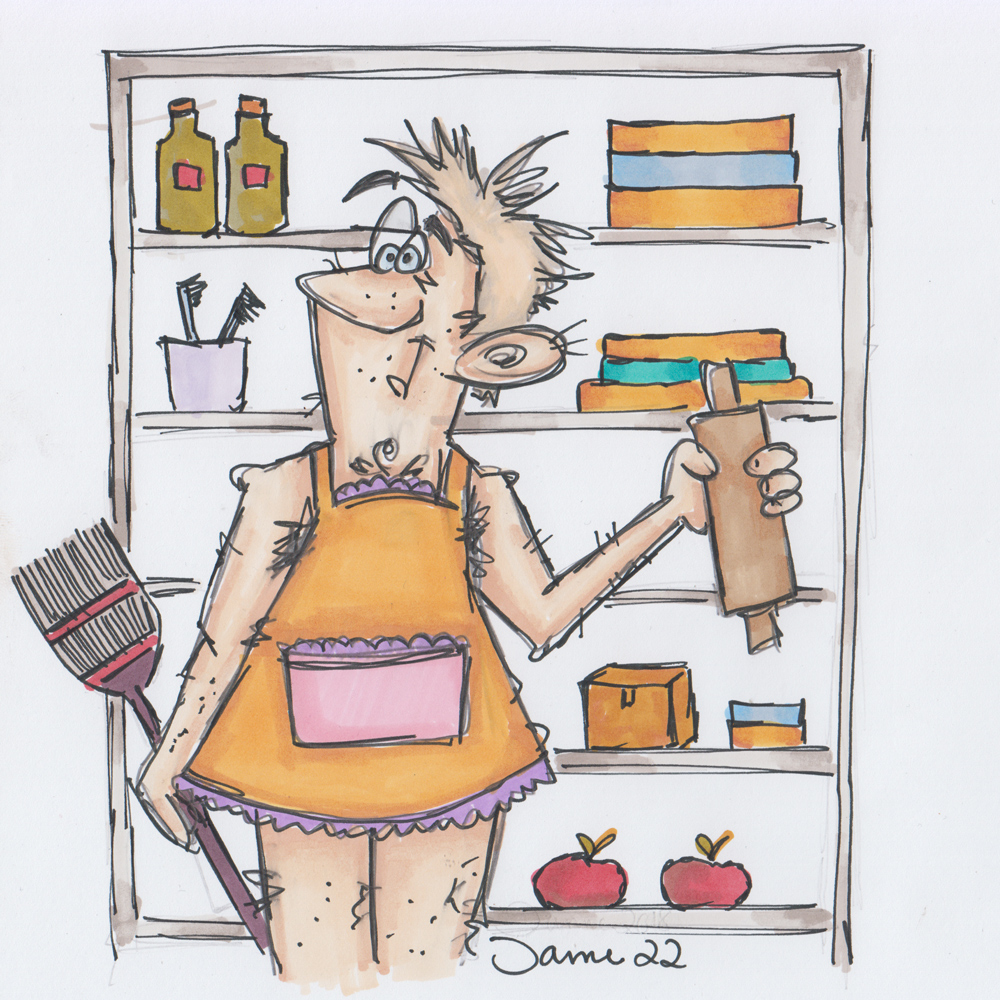 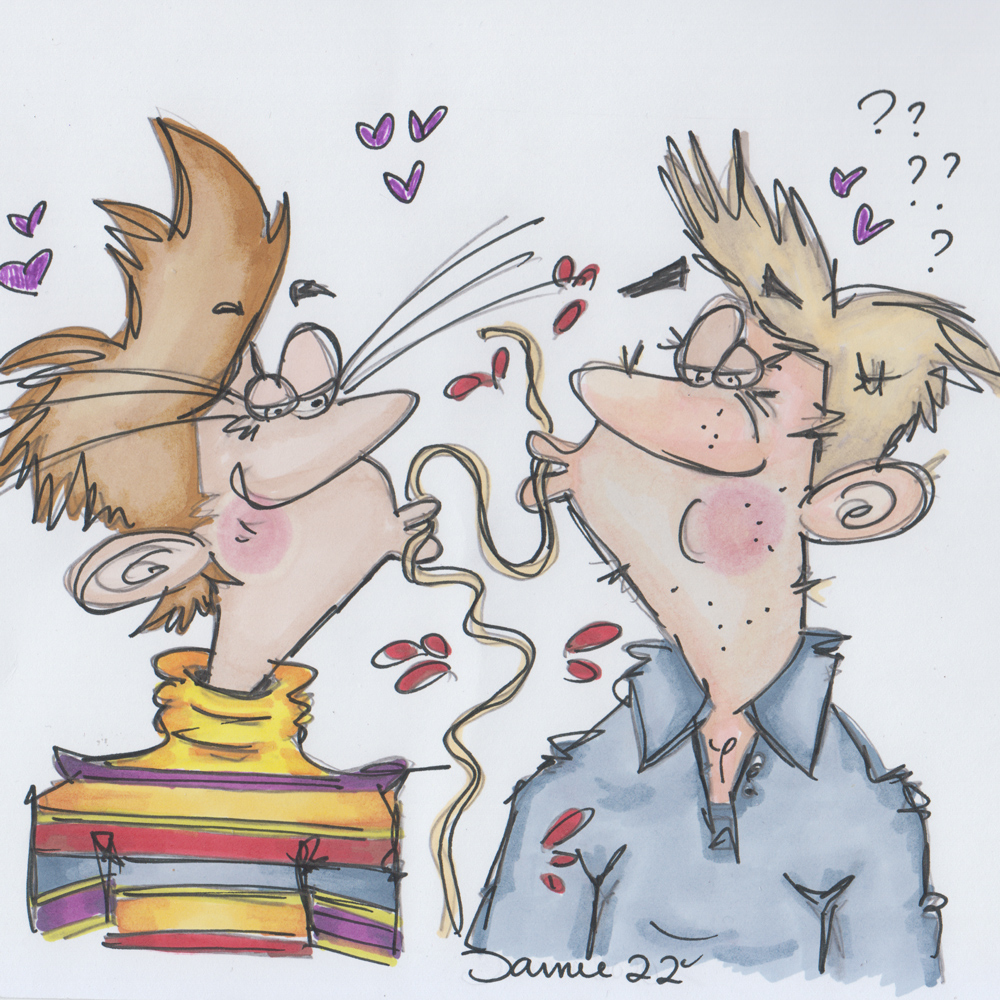 Janne's oblique view of camping: Raising a man...with a motorhome

Slanting glance at camping life
Simple research shows that if you relocate a man, from one home to another, it will present general challenges. Like other relocation animals, it will take time to get used to habits they have picked up in previous homes. Some training in relation to being clean will be necessary, as well as an adaptation to changing added habits when it comes to, for example, the placement of dirty laundry, dishes, used tools, old car parts that might come in handy, as well as the placement of footwear in the outer hallway and own body when it comes to random midday naps in time and out of time.

My specimen of the species husband is no exception. I took over the project in 1997, from a set of very prosperous parents who at the time were in their mid-40s, and living in what in good Norwegian is called a "furnished home". I saw the fact that he had not previously been transferred as an advantage, as all the literature I had read about taking over this type of "project" said that the fewer previous owners, the fewer habits he would have added, and therefore he would be easier to raise.

As a first-time male owner, I naturally saw this as an advantage, and I realize in hindsight that I greatly underestimated the challenges involved in taking over an only child, a so-called "golden cub", straight from his childhood home. They often suffer from a small environmental damage that is popularly called "greedy spoiled!", and the upbringing would turn out to be not as simple as first thought.

In the beginning, like so many other women, I made such classic rookie mistakes. As the brand new owner of my own male, I proudly showed him off to those who were willing to see, and constantly took him out for social training. This involved romantic dinners for two, getting used to larger shopping centres, lending a hand in public, and color-coordinating outfits in festive layers. Because my specimen could melt a girl's heart with sky-blue deer eyes and soft fur on her back, I happily went around and picked up whatever the man thought was too good to put down exactly where he dropped it, regardless of where he had found it in the first place , and whether it apparently had a fixed and reasonable place elsewhere in the home. This may be things such as dirty socks and wet towels. They were often to be found under coffee tables, or on a random bathroom floor, one to one and a half meters beyond the laundry bin.

Putting a pair of shoes away in the shoe shelf seems to be an insurmountable task to learn, and dirty dishes were usually placed on the kitchen counter, above the dishwasher. During the training period, which lasted for just over ten years, I constantly showed the man how a dishwasher door could both be opened and closed, without this training seeming to produce any particular results. The same can be said about where to squeeze a caviar or toothpaste tube, whether to put empty milk cartons back in the fridge or not, and in which social contexts it is acceptable to scratch your ears with a car key.

Just over 20 years after the relocation of my husband, I had come to the decision that I had simply only received a somewhat difficult specimen of the species, and chose, for the sake of domestic peace, and my own mental health, to focus on him at least was house clean, kept the bed warm at night, had a good temperament that was suitable for breeding, usable pedigree with no known diseases, and rarely needed either worming or de-worming.

I had long since given up the idea of ​​raising a gentleman!

But…. Then the motorhome took its place in the family. Such a shiny little thing with a bed for two, a miniature cabin on wheels, and suddenly the reassigned man with a laundry basket refusal was transformed into an old-fashioned housewife with dust on her brain and professional certificate in pique!!!

From the moment the cart was parked out in the yard, it seemed as if the man's brain was a sponge that for twenty years had attentively absorbed ALL the information imparted by this sometimes hot-tempered and frustrated wife, a sponge that was twisted up and overflowed by folk custom , stacking art, scour fillers, dust wipes and counting edges. And not only was the motorhome furnished with care and a technical precision enviable to most people, as well as washed, polished and polished according to all the rules of the art, but he also did all this in such an instructive tone and with a top-down attitude that fascinated me so much so that I couldn't even stir myself up. That despite the fact that the old man sometimes accuses me of being half old woman, half lame...

If I brush my teeth before bed when we're on a trip, he stands behind me with a microfibre cloth dangling in his hand, ready to polish mirrors, springs, sinks and dishes, should it turn out that a drop of water strays outside the drain. If I grease as much as a buffing disc at the counter, he hangs over my shoulders with such a nifty little handheld vacuum cleaner, ready to vacuum all surfaces before cloth washing, and should I, God forbid, find myself entering the motorhome without changing into "inside shoes" with felt sole on the doormat, it is threatened with house arrest and fines!!!!

The car is washed before, after and during use. The camping table is covered with non-iron Teflon cloth for comfort and coziness, mosquito candles are lit between 17.45 and 20.00 on weekdays, and by agreement on weekends, before they are cooled and de-ashed before they are placed in a sound-proof, over-insulated box with a lid, and stacked on the fourth shelf , on the left for plastic cutlery with and without PVC. In the sock drawer under the bed are socks folded according to color codes, marked with days of the week, party and free time. The dirty laundry basket has a lid with instructions for use, read and tested in plenary before departure, and if a pair of panties should appear on the way, we stop the car at the nearest rest area and go through a mandatory dirty laundry exercise which is started with a referee's whistle and ends with 20 sit-ups and 10-20 push-ups , depending on the form of the day.

Outdoor shoes are tapped twice against each other, sole against sole, before they are brushed with a boar fur brush, from the heel to the toe, dried with perfume-free wet wipes, and hung in shoe bags made of impregnated Moroccan cotton with a frayed inside on the coat rack in the long closet.

All forms of consumption of drinks or liquid foods such as sauce, soup and yoghurt are only consumed outdoors. The same applies to coughing, sneezing and other forms of emission of body sounds and/or gases.

This is how men are raised…

I sit in the passenger seat and feel a blissful mixture of both mastery and surrender. Mastery because after so many years of persistent attempts to raise this relocated man, it actually turns out that, despite failed obedience courses, he is as much a utility man as a company man. Surrender because it took me 25 years to realize that nagging, nagging and the goddamn great grandmother were nothing but sheer wasted energy. It's not the women who raise men, it's the motorhomes who do!