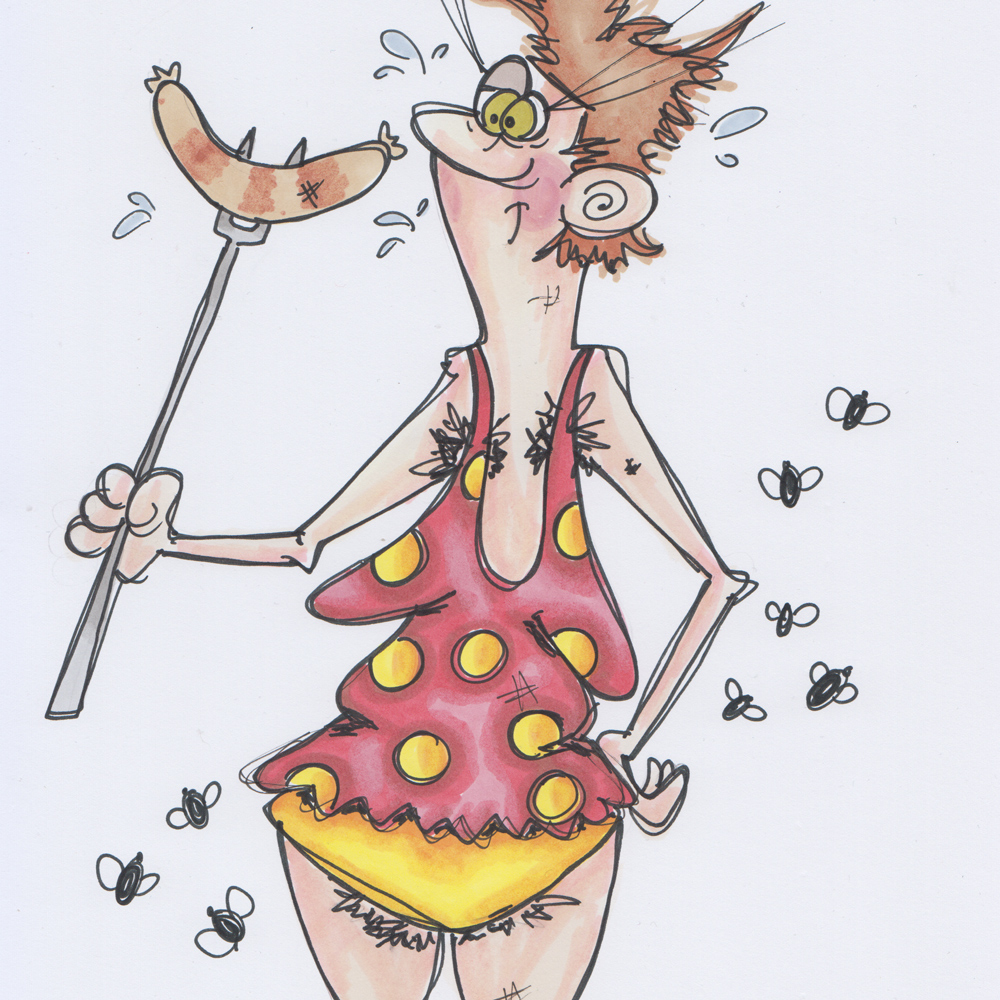 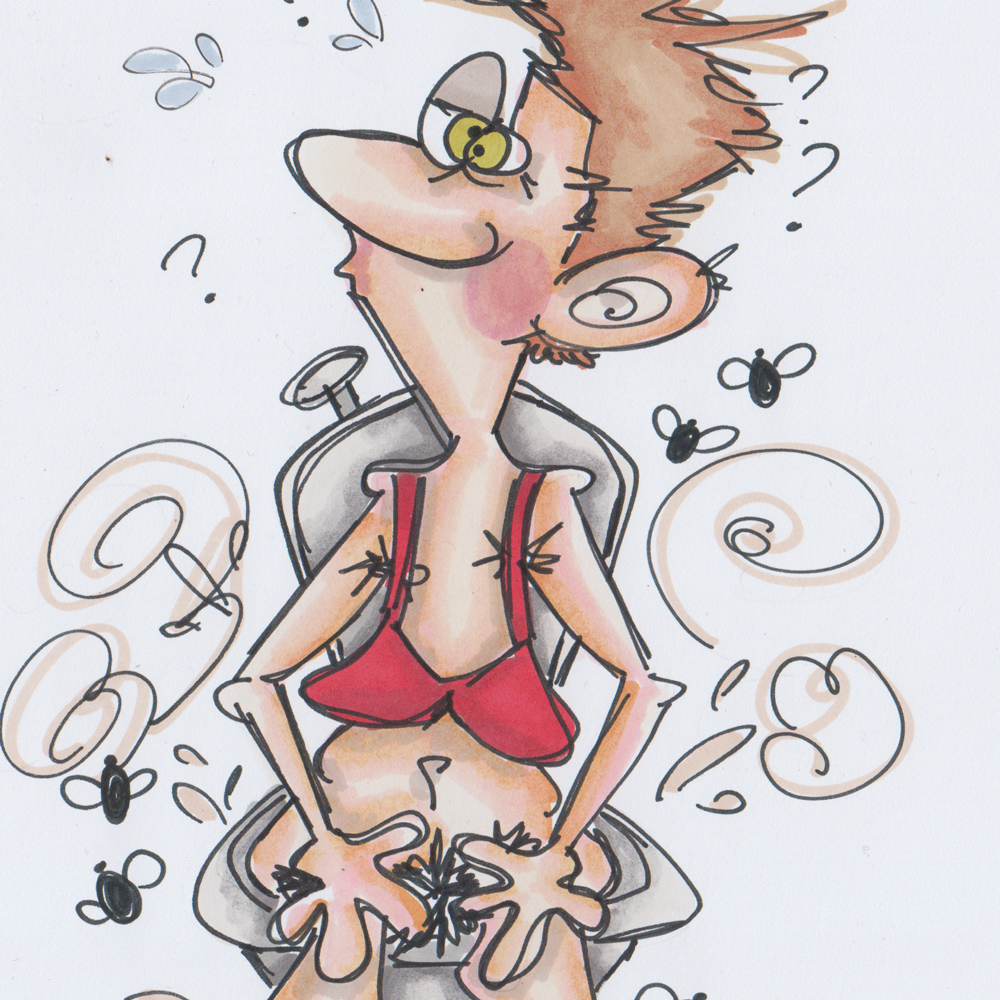 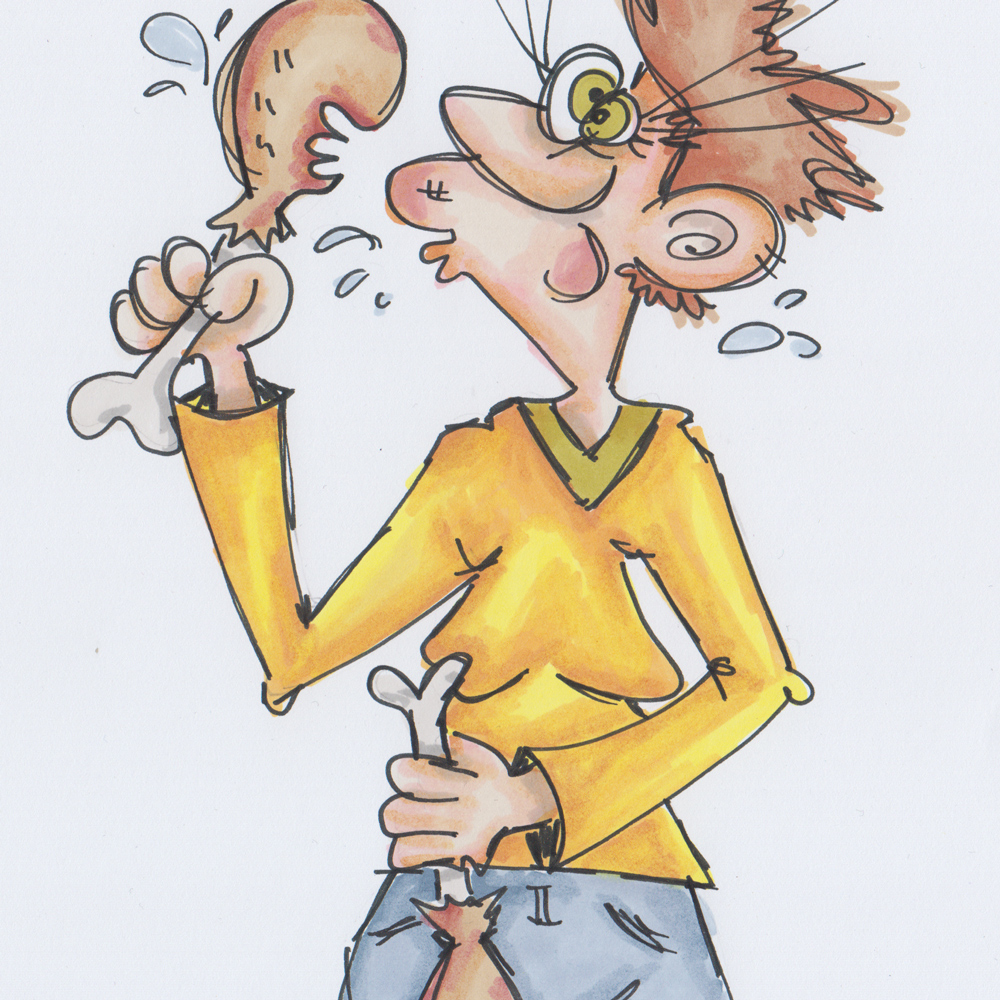 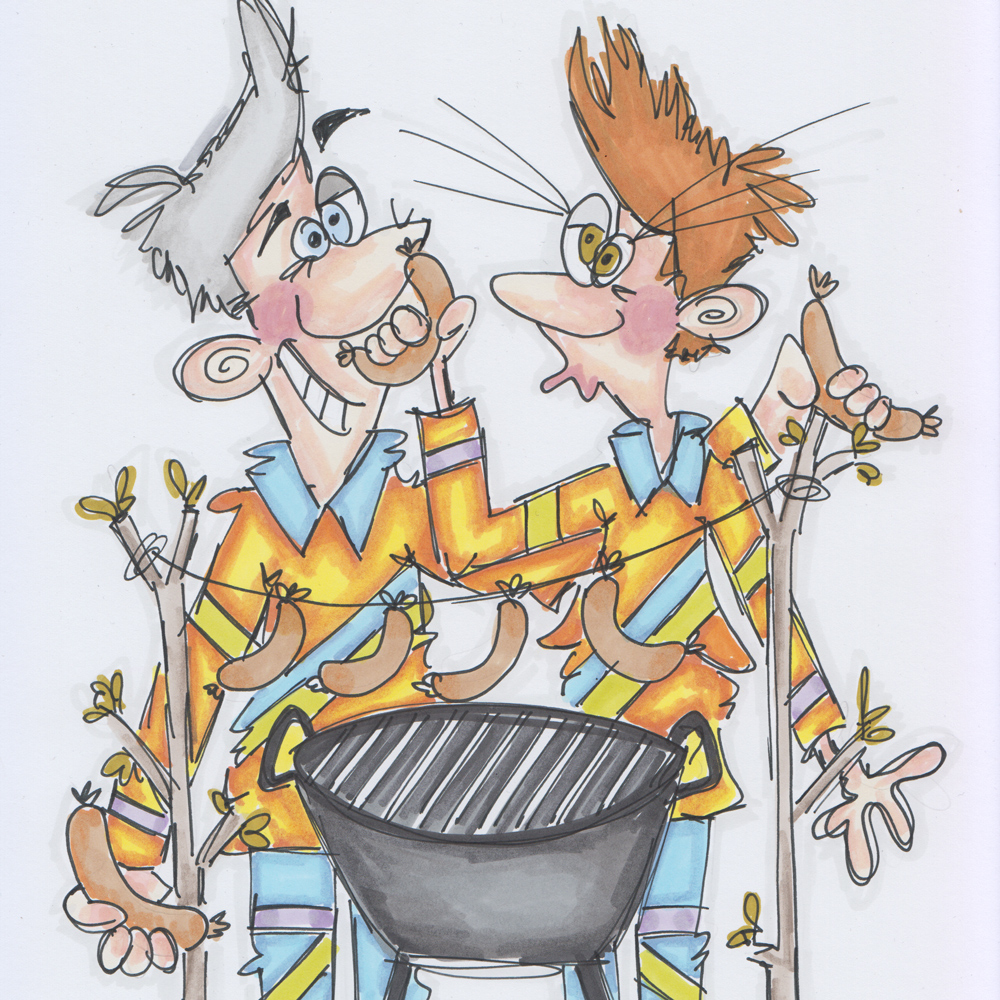 The many joys of camping life: Dobe visit to trouble

Slanting glance at camping life
I probably belong to one of those who saw camping enthusiasts as a group of slightly oversocial and slightly primitive people. My experience with motorhome and caravan life was limited to what I had seen on various state channels in what is described as "outside prime time".

Programs that often had a slightly slanted angle on the cameras, and where directors cut the film in the cabin and rifle to get the most out of nice little. Programs that showed crowded campsites with spouses in matching barbecue suits in glossy polyester, village originals with home-made ball grills with outboard motors and a separate stand for battery-powered manual sausage clip and finger-crocheted potholders in alpaca yarn from wild alpaca in the lower Odalen. Such programs that show extremely outspoken camping enthusiasts with nail-free nail tents, electric bike with basket in bike rack, socks in sandals, swimsuit with folding skirt and wrinkle edge, and sunscreen in places you would not think anyone could live. People who completely without restraint stopped at every corner of the campsite to strike up a chat about weather, wind and politics with people they have never met, and who apparently have zero problems getting to know people and animals from different social strata and settings .

With the bed in tow

Then you have me. A somewhat selectively prejudicial middle-aged self-diagnosed introvert, who after many years of trial and error in the field has found that she thrives best in her own company, or in company with the corresponding antisocial old man. And I, I should never be bitten by the camping bacillus. Just the thought of a barbecue suit and socializing with others in the same garment, or in a swimsuit with ruffles seemed foreign and irrelevant. But then the father-in-law bought a motorhome, and persuaded the old man for a weekend on wheels, and that was it. We saw the Norwegian mountain home in autumn colors, fed sheep on the plateau, heard the fish bouncing in icy mountain water, and watched the sunset over Jotunheimen, and during a weekend there was a completely hallelujah atmosphere in the home. We were campers saved! That I was socially inclined overnight would be an exaggeration, because the advantage of a motorhome is that you can drive around with the bed in tow until it is time to take the evening, and with that you can check in on campsites so late that you avoid most social settings, such as casual talk about the weather, an acute wine party at Bjølseth`n in place 87, or mini golf at the activity facility, but still enough a shower at the sanitary facility without meeting so many. Brilliant for a self-diagnosed introvert.

Barbecue for the evening

Both the old man and I are so unsocial that when we saw a hint of a barbecue party the night we arrived at the campsite in Evje, we put on our hiking clothes and explored the town instead. Evje turned out to be a nice little place where people mostly stayed in their own houses or gardens, and the few we met talked to soft consonants in a friendly tone. When the smell of fried shredded potatoes with classic barbecue seasoning reached our noses down the street, we both fell for the temptation. After four days in a motorhome, with a diet consisting of crispbread with brown and yellow cheese, as well as simple pasta dishes prepared on gas, we decided to put to life each of our menus from the local fast food. Among local soft consonants and other introverted camping tourists, we enjoyed the evening sun accompanied by marinated chicken strips, rifle without fries, and an unknown amount of dressing of various varieties! Satisfied and happy, we strolled back to the campsite, and realized with ill-concealed joy that the coming rain and thunderstorm had put an end to all social camping gatherings, and satisfied, the loner could enter the parked motorhome, and with a clear conscience enjoy their own company until bedtime.

It was just past midnight when I woke up to what I thought was a loud thunderclap, but which immediately turned out to be a loud protest from a loud dissatisfied gut! A little over a minute later, I felt an air accumulate in the lower diaphragm, which without warning found its way to the nearest emergency exit, and which swung to the degree in the nose where the cilia curled. For a while I tried to lie completely still in the hope that the pain would subside, but simple research shows that fried poultry in the holiday stomach usually do not cooperate significantly. Sitting on a small motorhome toilet of less than a square meter, whose motorhome actually belongs to the father-in-law, just under 25 cm under the bed where the old man lay, to empty the intestines of poultry and soured dressing was out of the question! The marriage had simply not withstood that strain. Fortunately, the campsite was quiet, the lights in cabins, cars and carriages were switched off, and the key card for the sanitary facility was easily accessible in the dashboard. Half-dressed in a partially open dressing gown, and in the old man's slippers, I ran what a middle-aged woman with acute diarrhea manages to run across the square towards the toilet and shower facility, locked myself in, found the nearest toilet cubicle, and praised me happily for that it was in the middle of the night, and not in the worst rush hour.

The fact that such toilet cubicles only have a partition consisting of thin veneer sheets between them, and walls that stop 15 cm above the floor is of little importance if you have the entire camping toilet to yourself. With stomach acid all the way up in the uvula, and an ongoing thunderclap in the stomach region, I barely managed to land on the bowl before it slammed properly! A roar of the kind that makes me embarrassed even alone on the toilet at home, followed by a blissful one "Aaaaahhhh…." I felt a new pressure build up, and was just about to loosen the pinch mechanism when I heard a woman's voice in the booth next to me. "Barbecue?" In the shock of discovering that I was not alone in the building anyway, and in pure acute embarrassment over body sounds that belong in horror movies, I tricked so abruptly that I lost my breath, and had to hold on to the dose so as not to lighten. "Eeehhh… fast food!" I whispered, when I finally got a little buzz, still terrified to let go of the pressure that was building up behind me. "Got it!" answered an understanding voice in the next stall. "Summer chops here…." An embarrassing silence that seemed to last longer than a bad year arose. All that was heard was heavy breathing from booths numbers 1 and 2, and the occasional painful moan.

In the end I had fucked so hard and for so long that I almost saw stars, and my stomach growled like an old sunken Volvo 240 with a foxtail and a hole in the pot. Because even though this lady is introverted so it lasts, the gut is not the least bit shy, which has proven to be a rather unfortunate combination, especially in public toilets with thin walls. "I'm sorry!" I whispered quietly"But I absolutely have to let go now, and it's not going to be nice!" «Oh, thank God !!! Same here! Shall we just say ready-made-go? ”  asked the owner of the neighboring gut, and there and then I was convinced that there are angels among us, and that she was one of them! Then we sat there, two poor souls with holiday stomachs, in each of our toilets, next door, in the middle of the night at a campsite in Evje, and let it go. In chorus we whispered "Ready Set Go!" before we both let go, and held a "concert" in synchronous skitting and tandem gut. After a long, long time, and longer than long, I heard dope paper being pulled in the stall next door, about the same time as I, out of breath and sweat, stretched my arm back to flush down. "You can wash your hands and stroll out first. If you feel done then! ” I hear the angel next to me say, with a voice full of sympathy and understanding. "Thanks." I answer, take a quick hand wash, and walk towards the door. I turn around as I open the door and stroll out into the night. "Get well!" I shout. "Thank you for the company!" answers the angel, still hidden in booth number 1 ..

Out on the road again

After a light breakfast, free from frying and questionable dressing, we fasten our seat belts and drive slowly towards the reception and check-out. On the way, we pass a small sea of ​​stereotypical camping guests in the matches polyester barbecue suits, swimsuits with ruffles, and socks in the sandals. I start to smile. Because behind the facade, behind the ball grills and sunglasses, there are really good people. People who are social even in the middle of the night, angels with delicate intestines, and understanding voices. One of these ladies who strolls around here I have shared things with, things I never want, or hope to share with anyone else. "What happens in Evje, stays in Evje!" "Off we go!" the old man smiles. 'Out on the road again, mother! Ready Set Go!" I get associations to the night's hardships in do-booth number two, but can not help but smile anyway. There is something special about camping life. 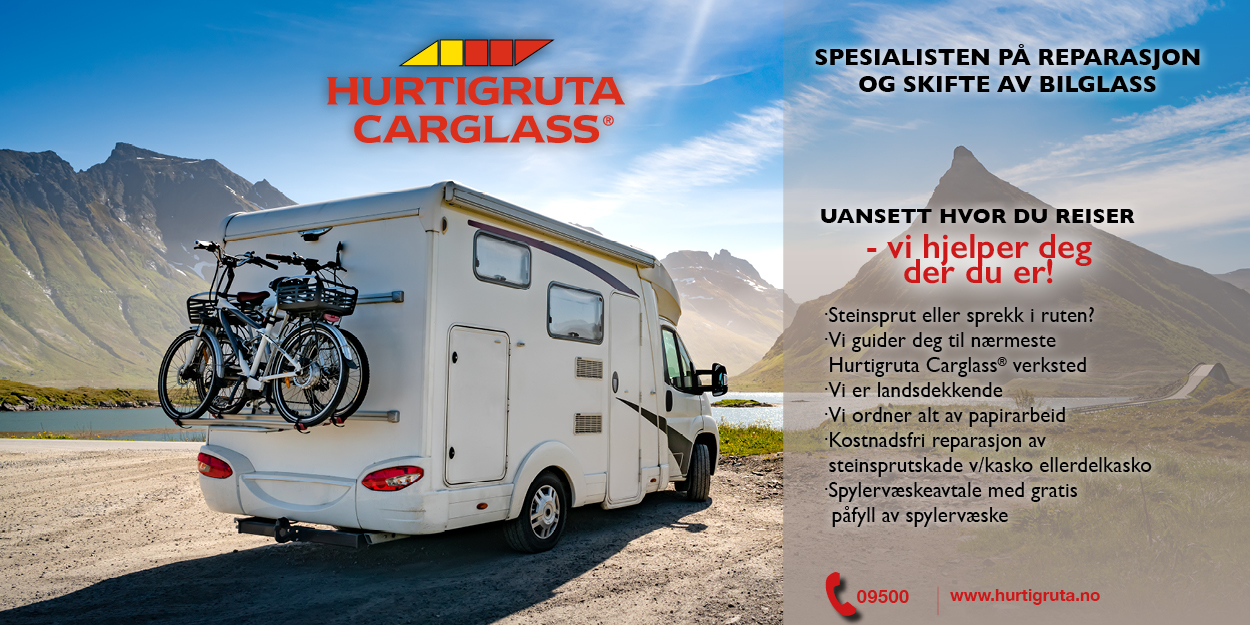