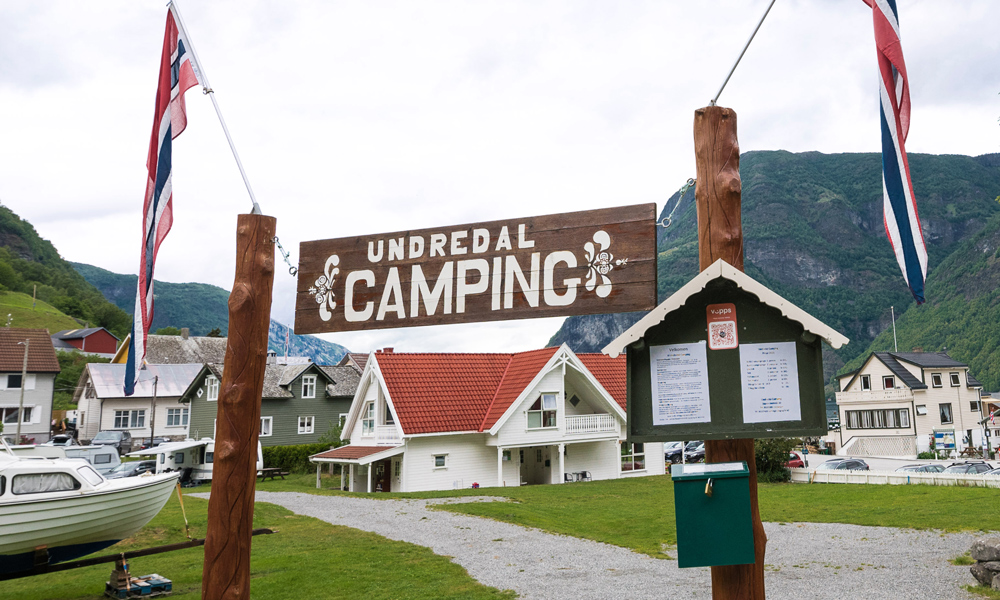 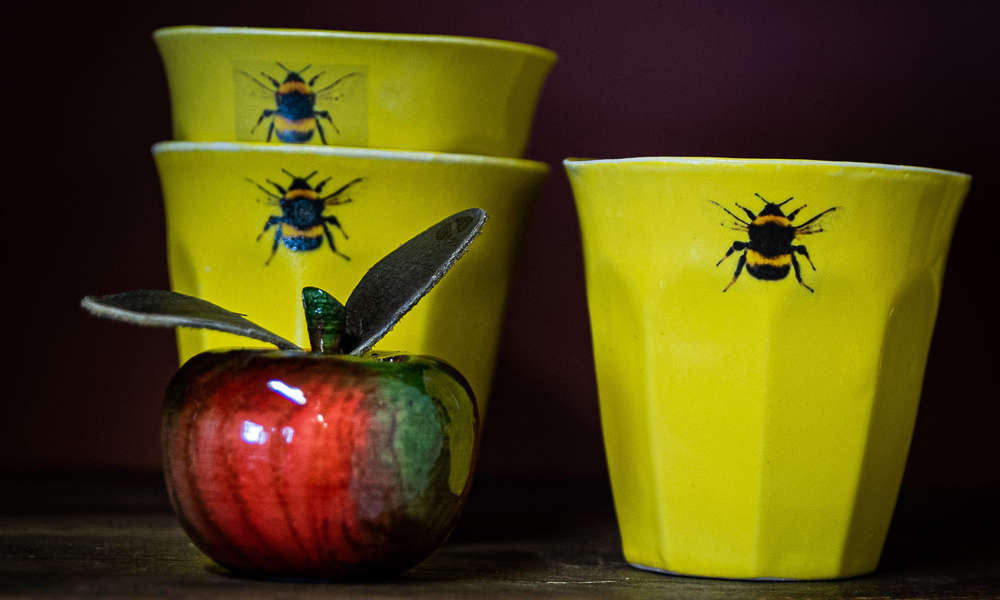 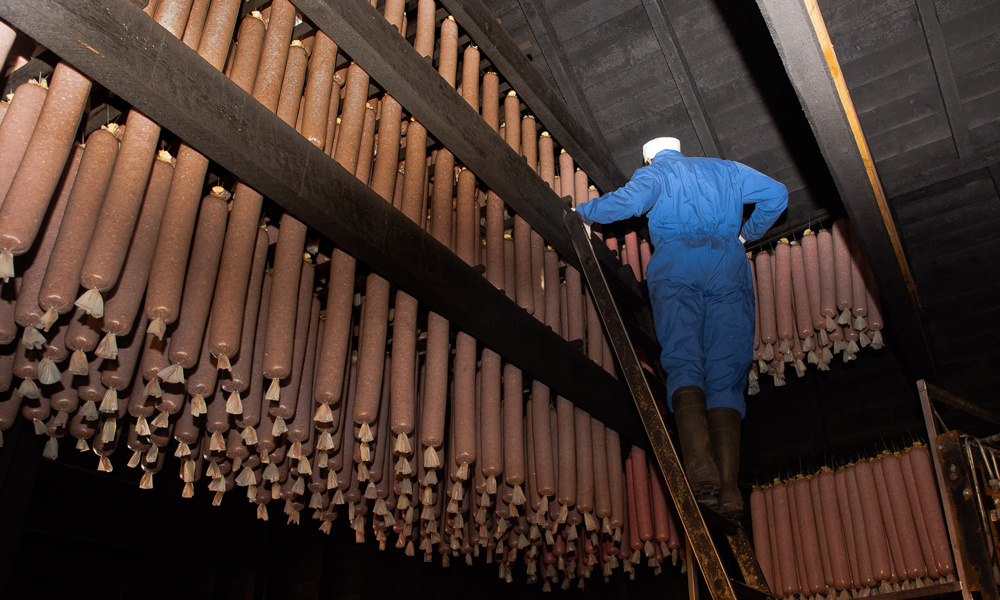 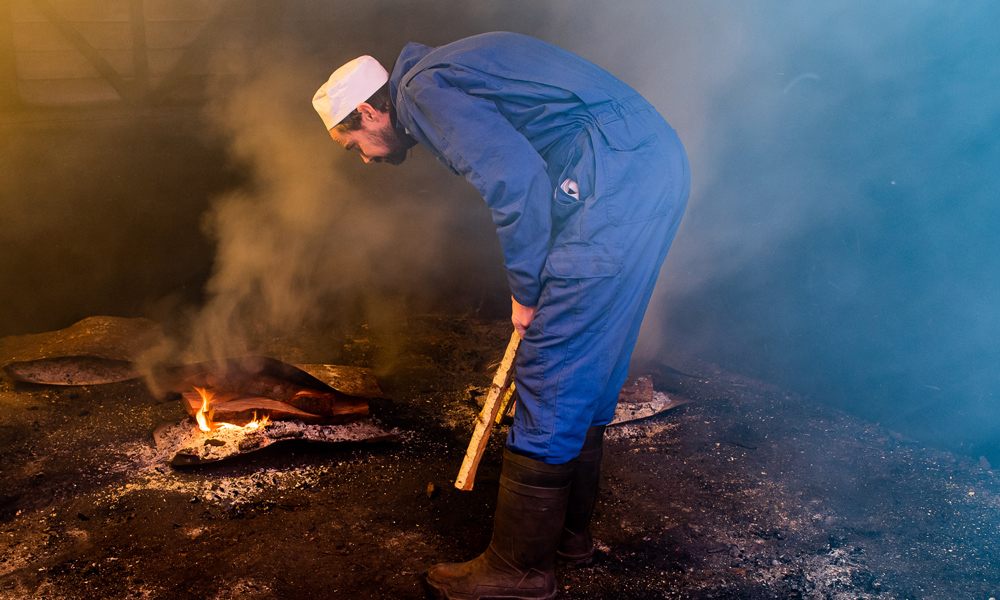 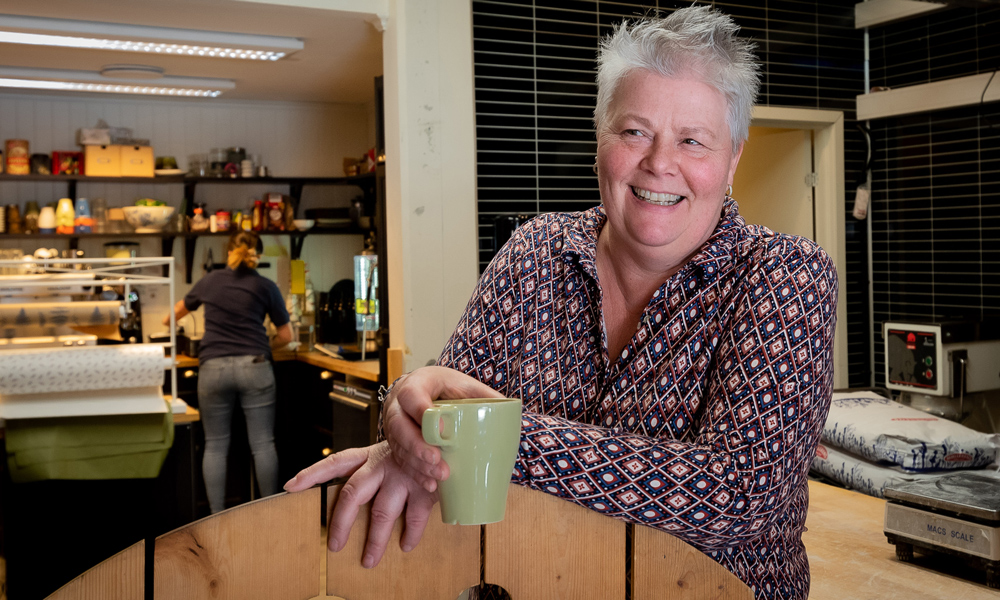 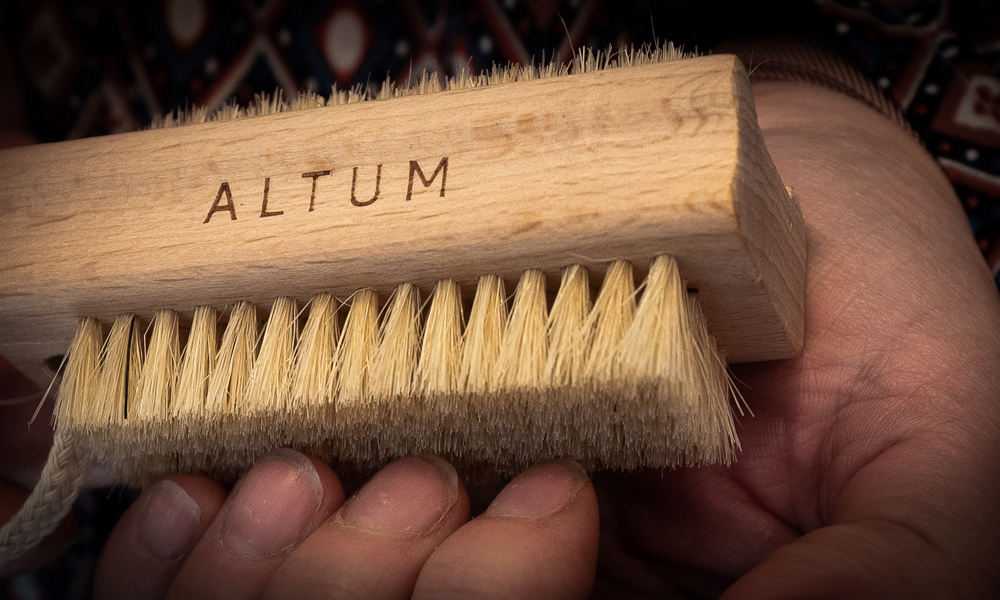 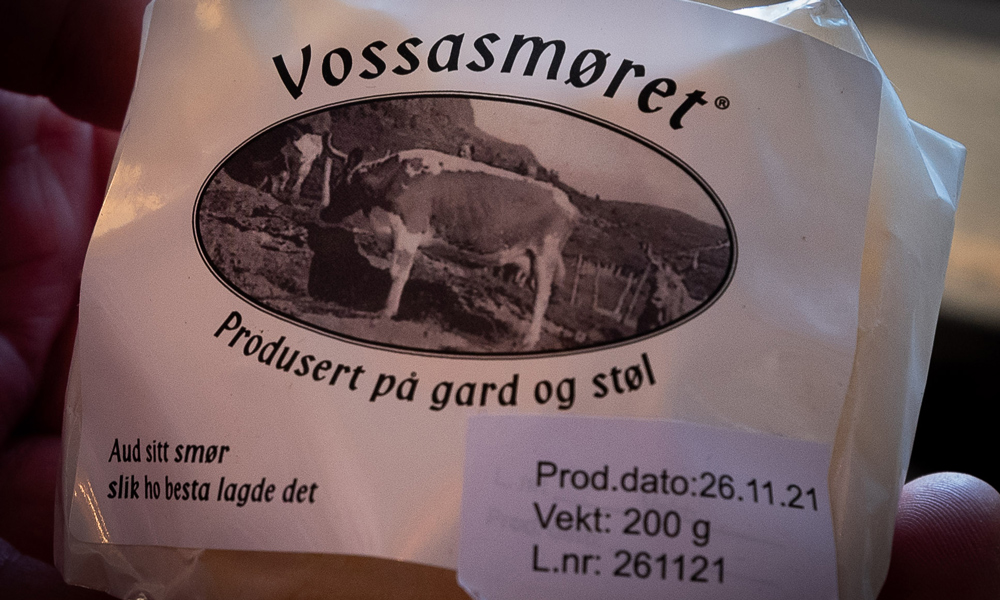 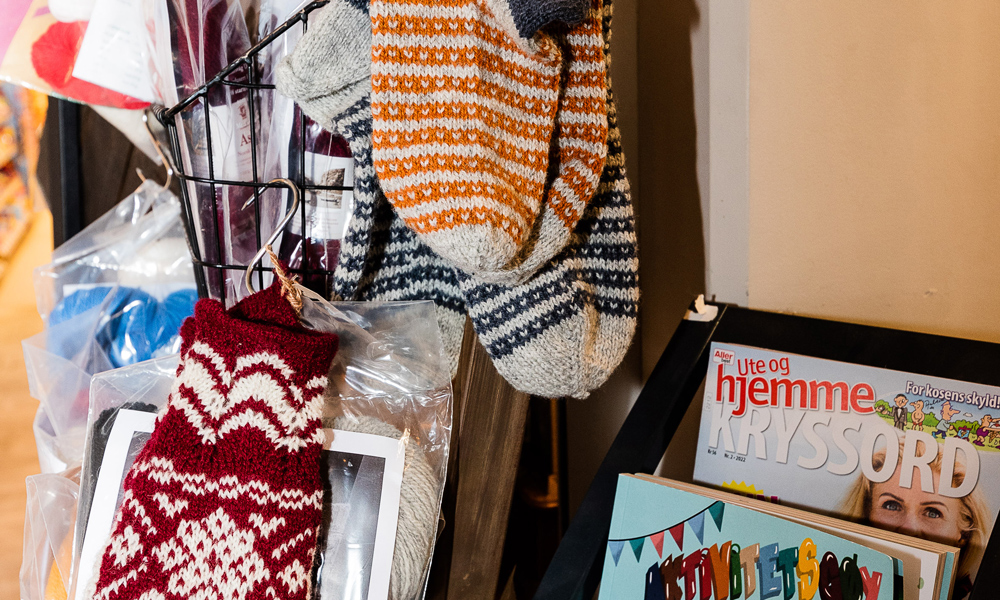 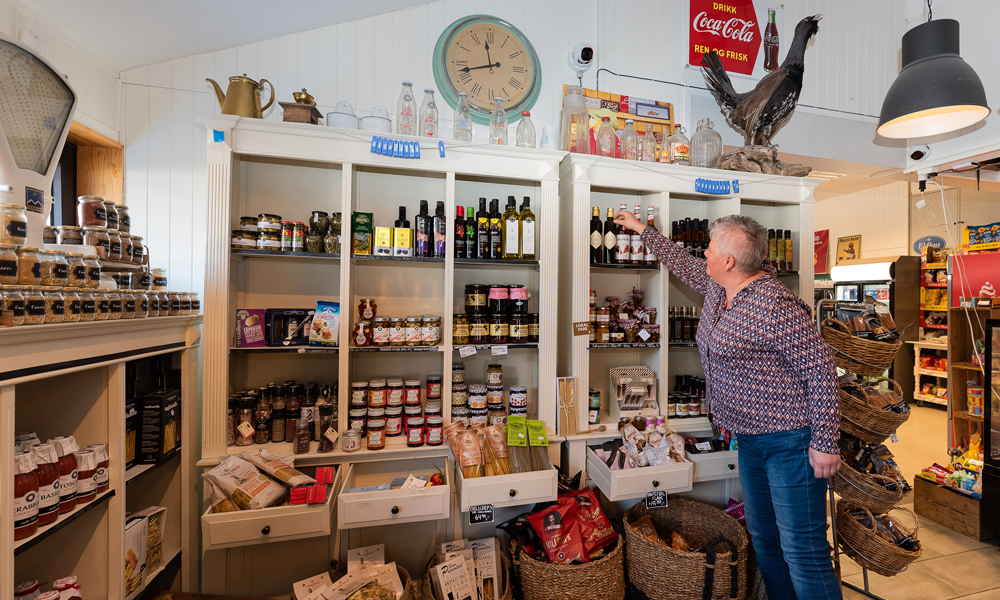 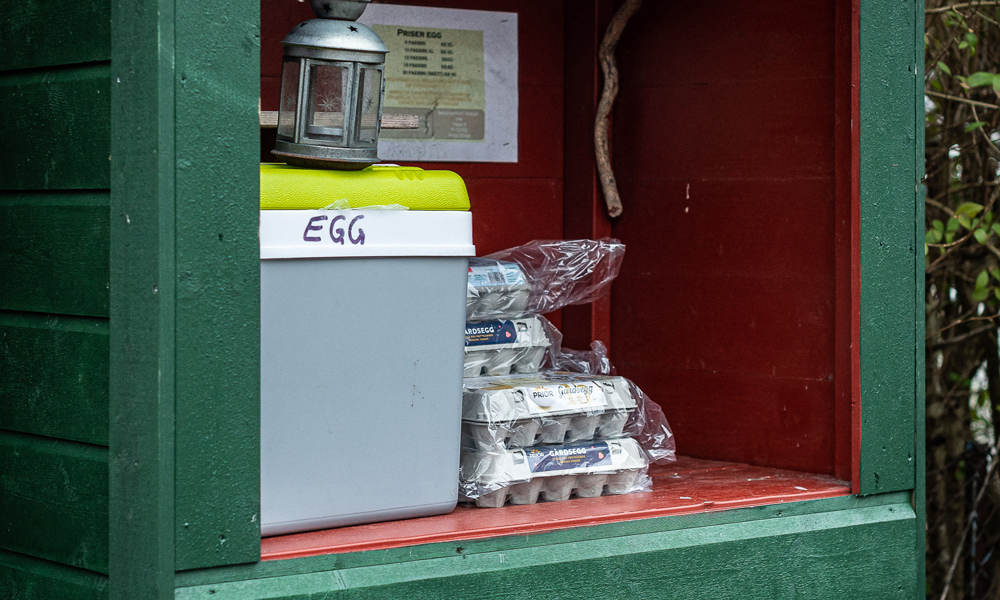 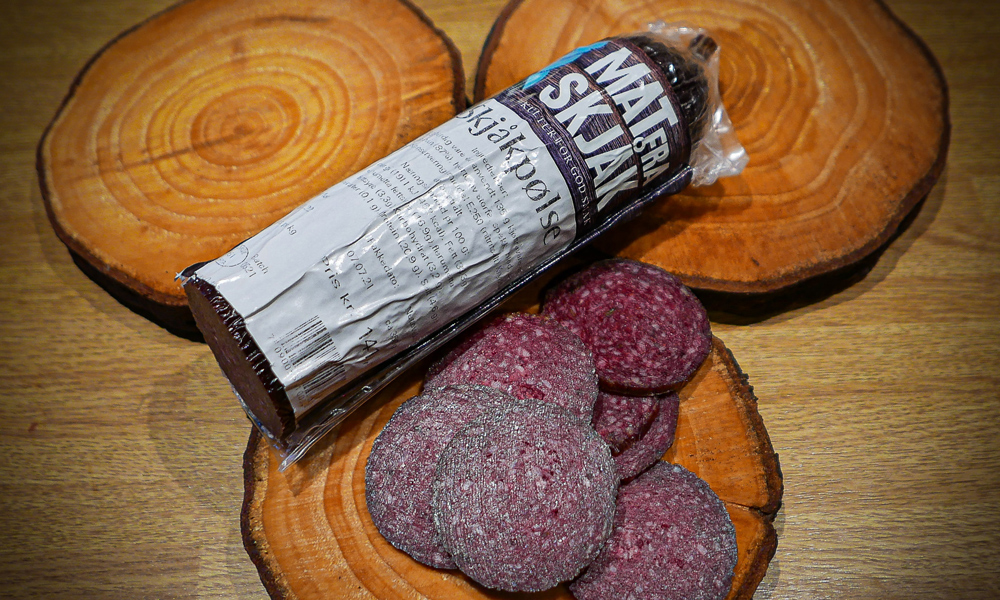 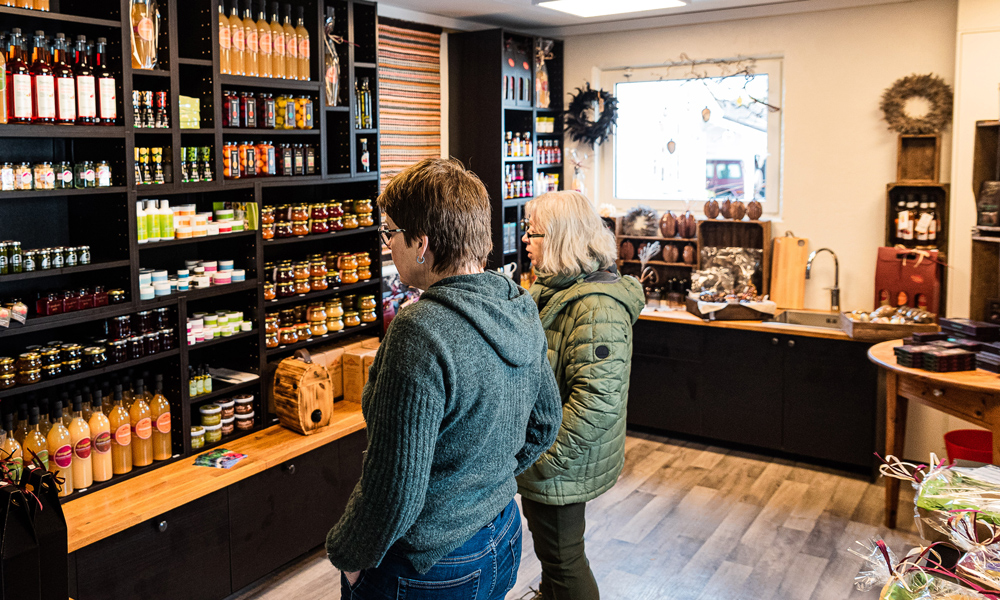 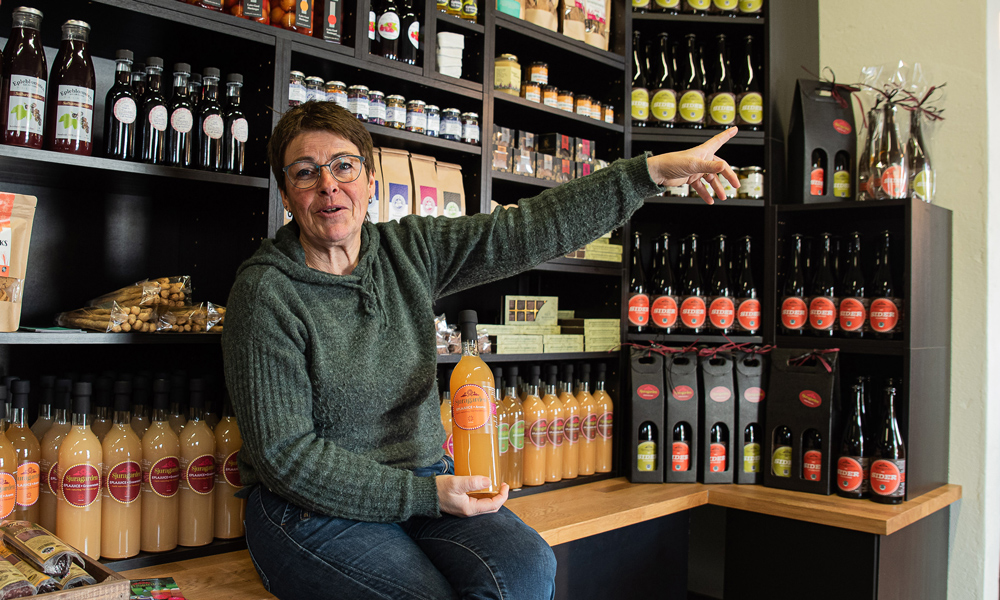 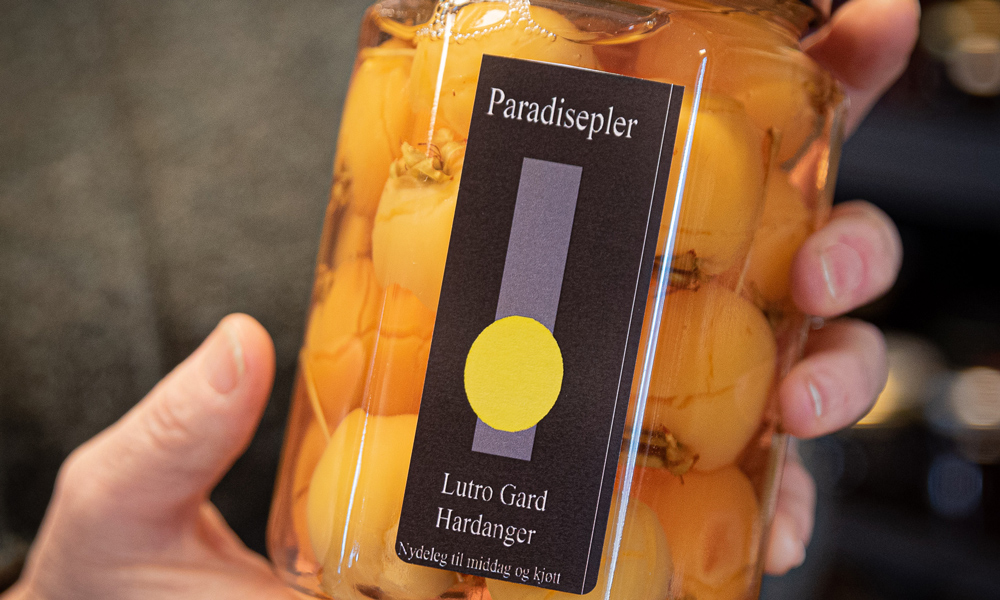 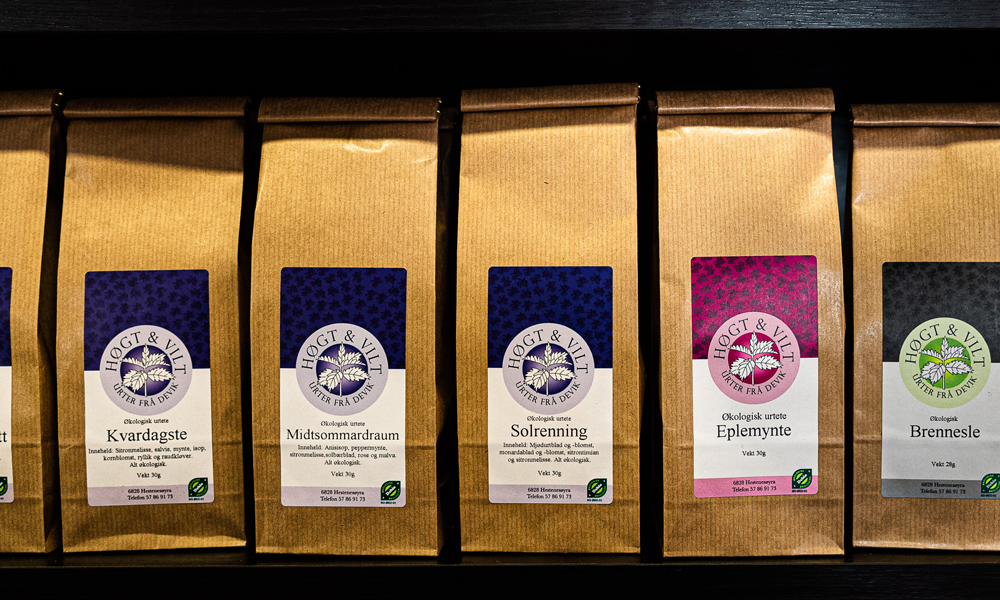 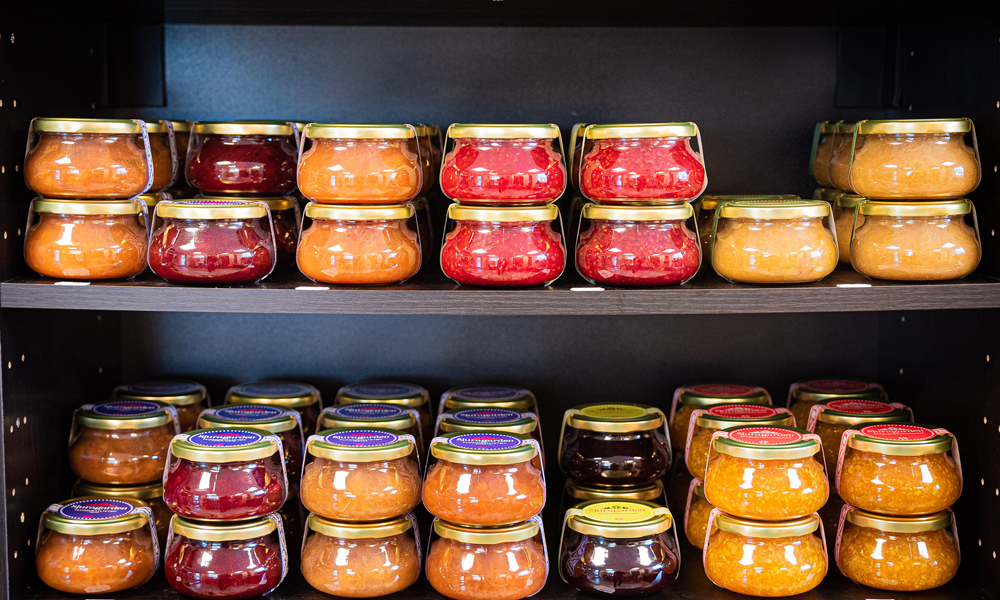 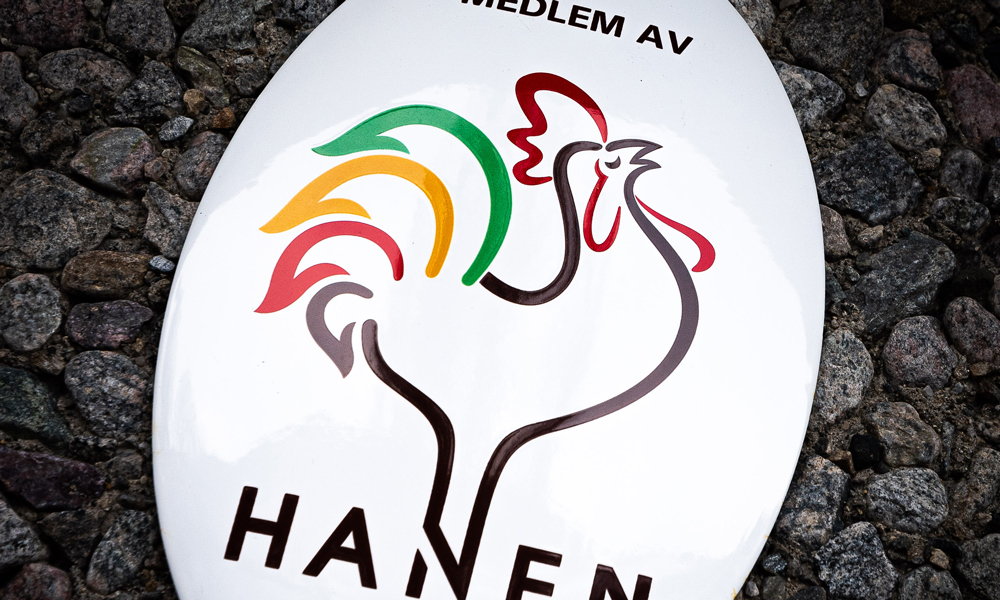 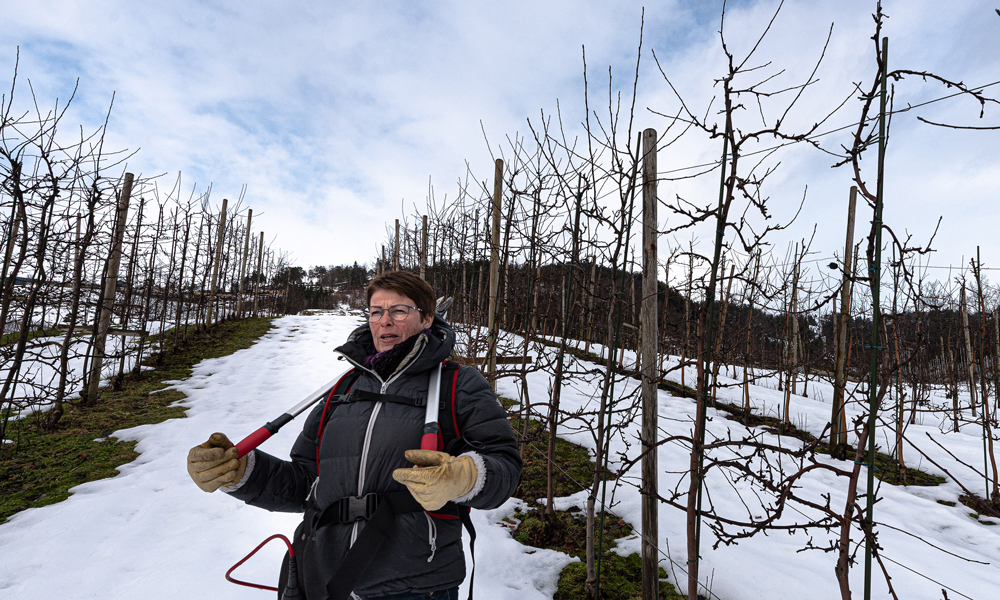 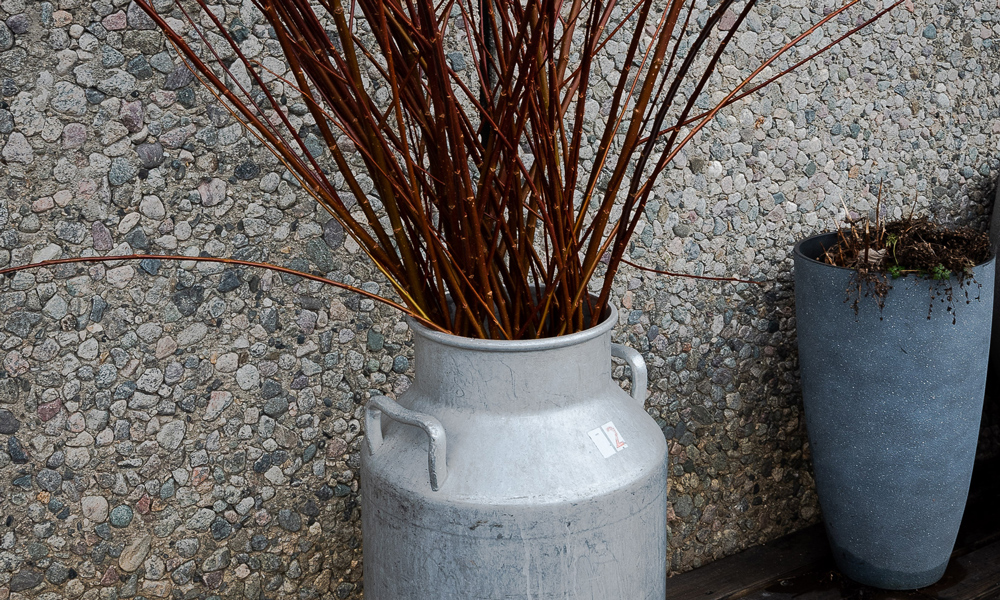 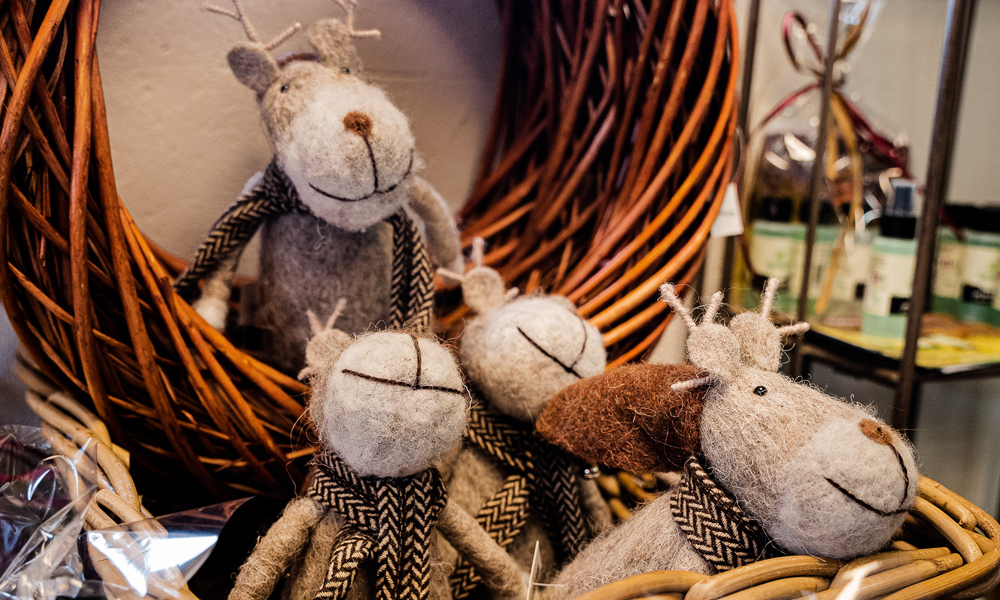 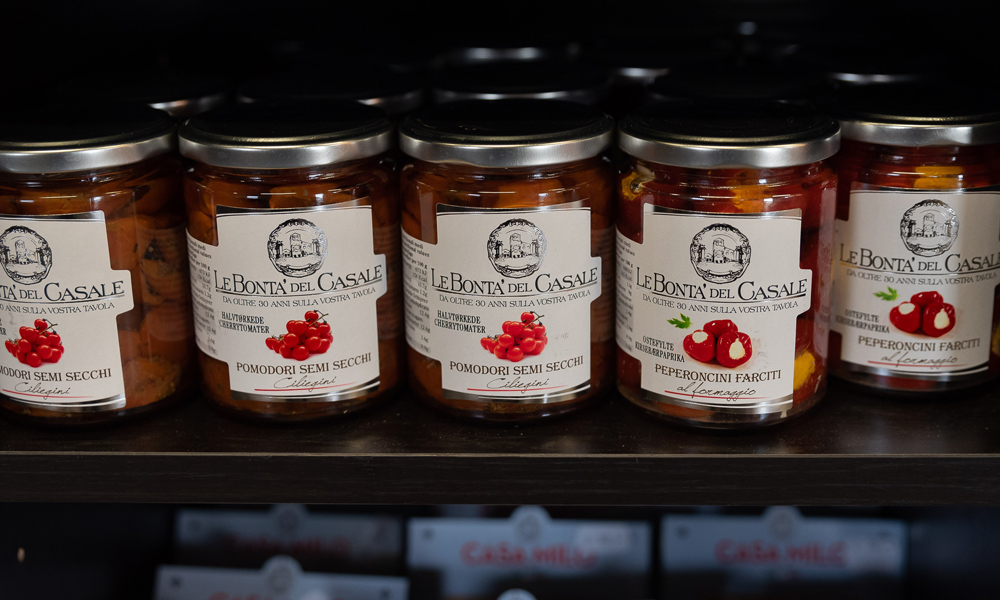 With pedigree in the wind: Real Norwegian farm food

Norwegian campsites
Norwegians have acquired a taste for the most Norwegian food, and the country's farmers are embracing the zeitgeist which says that cheese, jam and sausages must be short-leavened, have a pedigree and be refined in a sustainable way.

Campers have always had the sense to bring home smelly French and Danish cheeses, iron-hard Spanish sausages or German pickles. Food with memories, food to enjoy, festive gifts to give to those who have enough trinkets on the shelves, and funny stories to tell about the place where you bought the goodies.

"Travel habits have changed and there will be lasting changes", believes Bucher-Johannessen, who admits that some holiday experiences in the food sector cost a little more in this country, but Norwegians are generally well paid compared to wage earners in other countries. "There is nothing to be ashamed of holidaying in your own country, which is something completely different from the country you experienced as a Norwegian tourist 30-40 years ago. This applies not least in the food sector with all the new catering establishments that pop up and serve local specialities," says Bucher-Johannessen. He talks about sider fever in Hardanger and he explains this good-natured epidemic with the quality of the goods. - Now top raw materials are used across the board, and therefore the prices can also be defended, he believes.

Creates an acute desire to travel

Now it is just as common to offer guests cheese from a farm in Valdres as it is to put on the table the holiday's cheese catch from Brugsen in Denmark. Norwegian cheesemakers on and off the beaten track collect medals and honors in international awards. Acute wanderlust arises when we cruise through Hanen's country overview and other websites that advertise farm food. Just listen; Vestavin, Kystvilt, Det blacke får, Hyggen eplemost, Strilalam, BesteFarHuset, Elin's drøm, Sideriet, Villfisken and Smak av Sogn, supplemented with home-knitted socks and mittens in original Norwegian patterns.

Discover your own country

The pandemic years made us explorers in our own country. We take pictures of the well-groomed Norwegian countryside and the sun never sets over the wagon or car. The smell of locally made cheese, cured moose and tasty pastries will be the talk of the trip. Thanks to the enterprising souls who harvest and refine resources from the mountains and the coast.

The Hanen manager puts it this way: -"We have received all these unique offers because stubborn farmers want to create something where they have their roots. This is important local value creation," he says.

We sit down in the barn of one of these staff members - Karin Mo Valland at Sjuragarden in the center of Nordheimsund. The family discontinued milk production in 2016 and planted the fields with 8000 apple trees, 1400 pear trees and furnished a farm shop where animals used to stand in stalls. The trees yield 80 tonnes of apples, some for sale in the country's shops, the rest become pages. The fruit wholesaler's truck has taken over from the milk truck.

The dialect is important

"We had to come up with something," says the farm shop manager and holds out a bottle of sides and one of med apple juice. Yes, it's called apple juice, there in the garden they are true to the dialect. The design of the labels for juices and sides is inspired by local patterns on a cloth. Bottles and cartons on gel joints, drinks with and without alcohol percentages, all made from hand-picked apples, served with serving tips. All criteria for short-distance food and drink are met at Sjuragarden. The apple trees stand on stilts ten paces from the shop door. Now the ninth generation rules the mill, which stretches all the way down into the Hardangerfjord. Solid roots. Idyll in large doses.

Karin supplements with local history and a story about the discovery of rare coins and parts of swords from the time when hardings needed such tools. "There is no quick fix to change operations, but farmers in Hardanger have always been forward thinking," says the former dairy farmer, pointing to rows of colorful jam jars, 12 different varieties. Karin has sought new lessons both domestically and in a professional environment abroad, and decided to take control of the entire value chain.

"We farmers are used to being in a hurry, and now I'm also part of the shop. People want to hear about both the farm and the products," explains Karin and guides a visitor to the meters of shelves with both short-traveled and continental ingredients in glass and in bags. The nomads among the campers get Italian vibes when the label proclaims Pepperocini Farciti al formaggio on the glass. Lutro Gard by Sørfjorden has secured shelf space with its paradise apples, and a powerful meal can be crowned with a mug of nettle sled from Hestnesøyra in Nordfjord.

The garden store manager has had the same experiences as the Hanen manager, Bernt Bucher-Johannessen, Norwegians have upgraded their curiosity about the real Norwegian and renewed their love for the fatherland during two years of travel restrictions. Word of mouth ticks off tips. Sider-routes have arisen in Hardanger where visitors mark on the map how many farms they have visited.

Land trader Monika Bjørsvik at Evanger in Voss has a beating heart for Norwegian farm food. She fills shelves and freezers with goods from producers that are too small to enter the big chains. "It is important to keep the villages alive", says Monika, who knows Bygde-Norge well from her previous professional career. On 10 October at At 10.00 a.m. in 2014, she opened Evanger Landhandleri. "We heard that the store could be closed, and if a village loses the store, it is a nerve that is destroyed. There are few other meeting places in the village," says she, who is trained as a sausage maker, but has a long time behind her as a production planner at Nortura, the farmers' nationwide processing company for meat, poultry and eggs.

Now Monika is getting involved in a trial project where the result could be that the sales period for Norwegian apples is extended considerably beyond the winter months. She collaborates with a large fruit warehouse in Hardanger. It will benefit both consumers and farmers, she believes, who has reused old wooden apple boxes for decorative shelves in the store. Now the crates are loaded with, among other things, beer from the flora of small breweries. The country trader likes to talk about the food she sells, the breads that are baked here, and she knows the history behind the hand-cheeked butter from Voss and the shaved fish from Jølster, the medal-winning cheeses from Fana and slow-ripened fennel loins from the local area. She generously gives out professional advice to those who want to dry their own pork chops, and the sausage maker has guts for sale for those who want to stuff their own sausages.

In the kitchen behind the small cafe, the national dish with its countless names is made - rasp balls, and pork pancakes containing pork that has been processed three kilometers away from her frying pan. "Everything is made from scratch", emphasizes the ambassador - as if we dared to believe otherwise. "People are fed up with all the additives that are necessary in industrially produced food, they are concerned with how the food is produced and what it contains", she claims and bluntly deromanticizes that the large sales of farm food is explained by the fact that Norwegians are newly in love with the whole Norwegian in solid and liquid form.

The missionary country trader with time to spare from the giant in the Norwegian food industry is now speeding around to the small suppliers for both late-growing high mountain strawberries and sides from the villages on the edge of the fjord. Three crooked road kilometers away from the shop, she picks up sausages and sausages of all varieties in the smokehouse, where they are fired up so that they smoke. "The story behind is important to everything I sell," says Monika, pointing to a small wooden box, imported from India and first used to cast bricks. And soon after, she warmly recommends an old-fashioned nail brush with natural bristles, one of the countless little things that, together with the people, create the atmosphere of a real country store.

The main road between Bergen and Østlandet – E16, rushes past a couple of hundred meters beyond the shop in the power village of Evanger. Travelers in a motorhome or with a cart in tow, cottagers en route to densely built-up hamlets in Myrkdalen or on Filefjell, are important customer groups for the convenience store and village folk's meeting point for a cup of coffee with fresh cinnamon rolls. Monika Bjørsvik and her family have established a similar country store in Bergen, and another outlet on the national tourist route, highway 7 through the cottage hamlet of Kvamskogen. In Herand in Hardanger, they have built a fully automated shop.