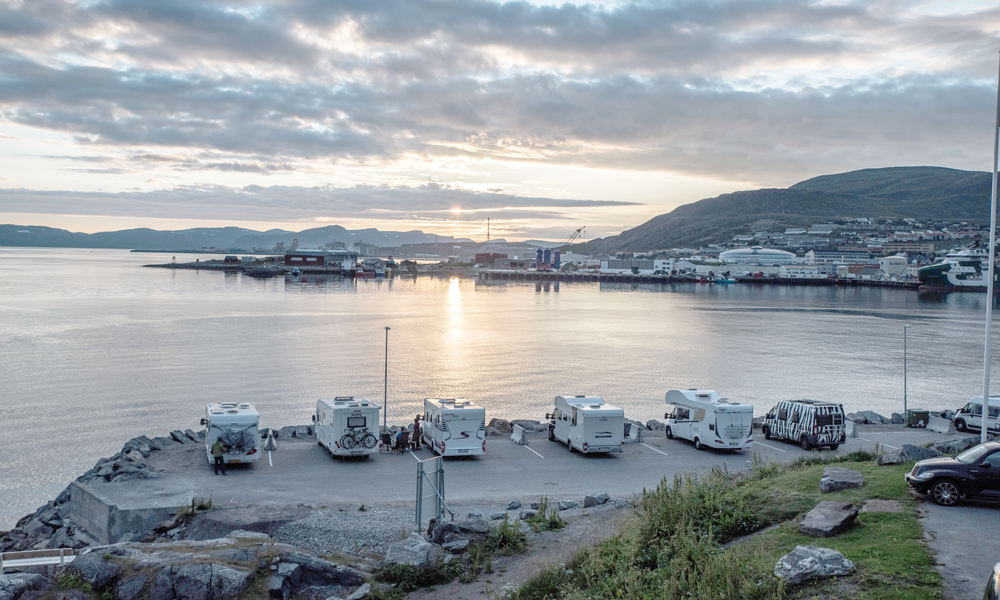 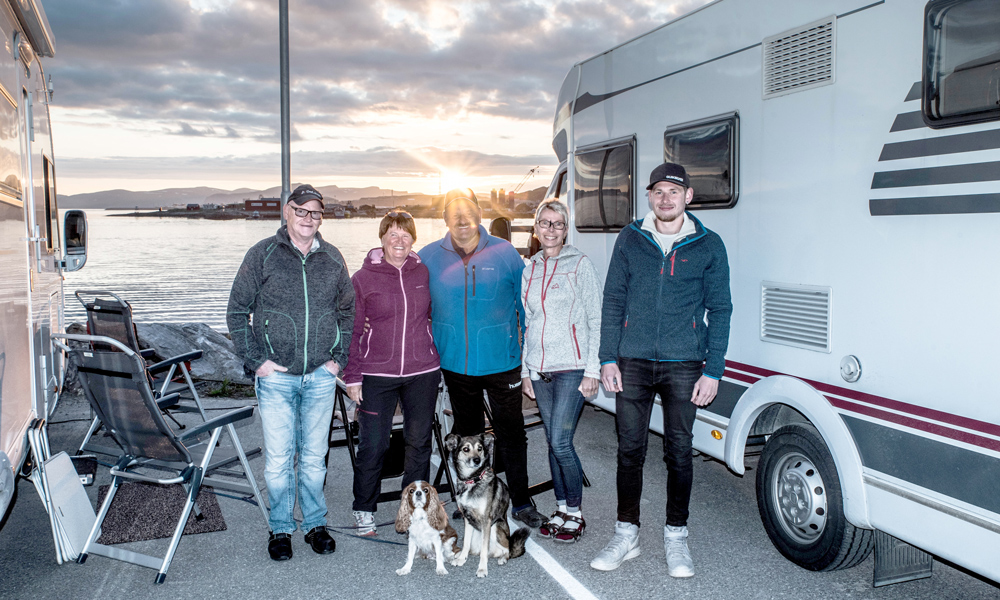 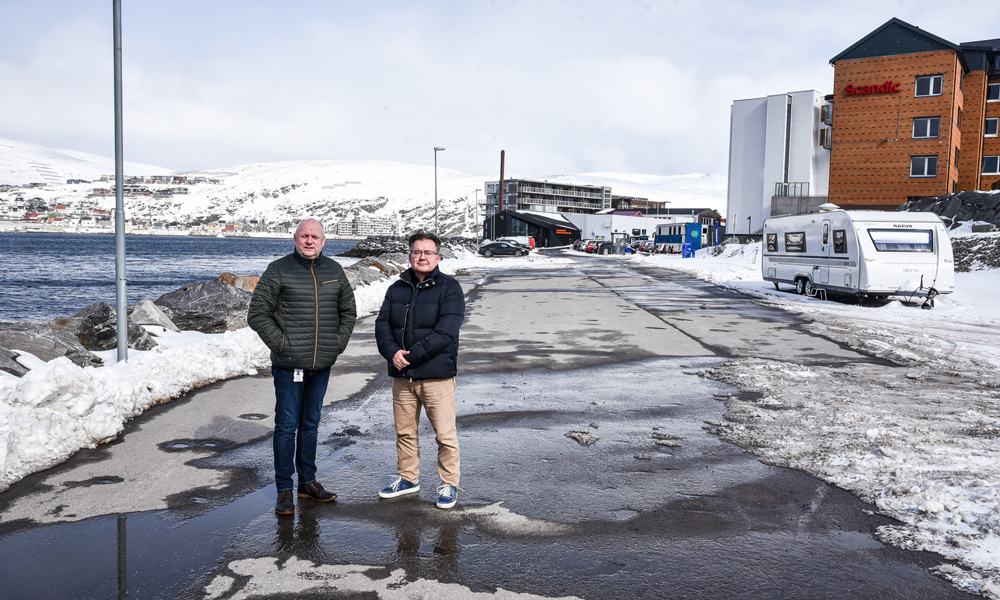 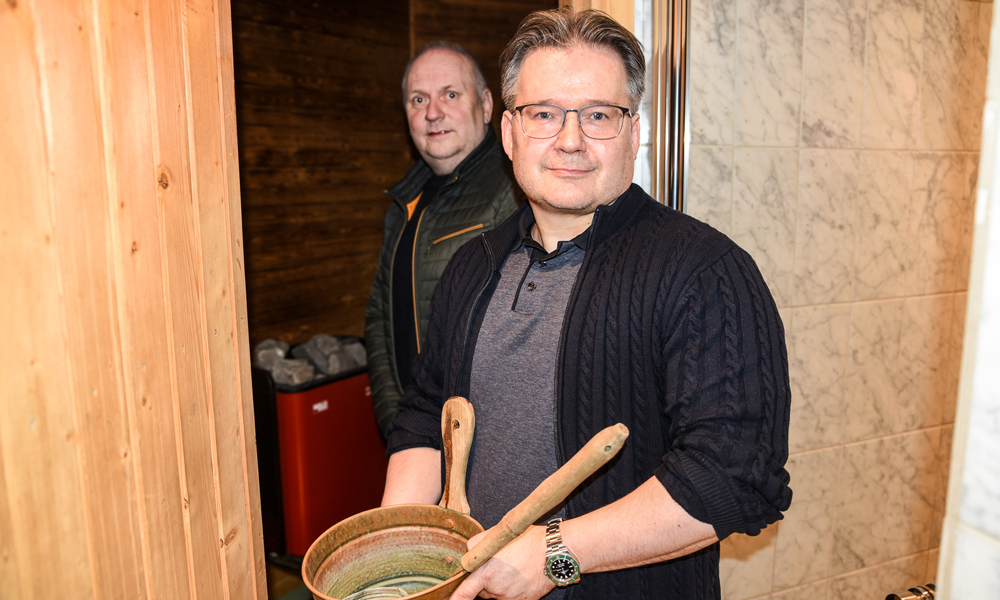 Motorhome parking in the north: Lures with a view and sauna

Norwegian campsites
Hammerfest wants to attract motorhomes from far and near with a mobile home park close to the center in the harbour, a great view of the entrance to the city and this year the offer has been extended with a sauna.

According to the plan, the motorhome season in the Finnmark city was to start from 1 May, but the snow was still thick and the frost meant that the emptying station had to be wrapped and the water turned off. "We are getting everything ready, and expect everything to be ready a few days into May", says general manager Stig Rune Johansen at Hammerfest Parkering KF.

In 2016, the mayor at the time, Alf E. Jakobsen, spoke up for Hammerfest to have a mobile home park close to the centre, which could help to attract the mobile home crowd from the surrounding municipalities and the rest of the country to the city. He himself is a motorhome enthusiast, who likes to drive around the country and beach, but Sweden and "Swedish standard" have been what has attracted the most when the course has been set to the south. "I myself choose to drive in Sweden because there are better facilities and motorhome parking centrally located," he said at the time, before the motorhome parking had been politically adopted.

"The way we want it"

In the following years, the city's motorhome parking has been completed according to plans and fulfilled the expectations of many motorhome guests from far and near. In 2017, the local newspaper Hammerfestingen met a group from Troms who boasted about both the view, the proximity to the center and the magical evening sun. "There are motorhome pitches close to the center with a great view that the motorhome people want," said Kurt Johansen, who had made the trip to Hammerfest with his wife and friends from Hamarøy.

Since the mobile home park was opened in the summer of 2016, the waiting room at Hammerfest Havn KF has functioned as a service house, but now a "clean harbor project" is underway in the city and the company has taken over Thon Hotel as a waiting room.

Here you get a sauna

Hammerfest Parkering KF has also made an agreement with Thon hotel and now rents a private bathroom with shower, toilet and sauna for its motorhome guests. Without the daily price increasing. "Here you can use the shower and toilets, and if you call the reception and book at least an hour before, you can also use the hotel's sauna", say general manager Stig Rune Johansen and chairman Kurt Methi at Hammerfest Parkering KF. The plan is to buy in a separate serviced house building in the long term, but for the time being we will try to see how the offer at Thon hotel falls to the taste of the mobile home guests. "We also obtained a price from Scandic hotell, but even though it is shorter to go there, we believe that the total package we have received from Thon gives us a better offer", says chairman Methi.

- Do the camper guests have to pay anything extra to use the toilets, shower and sauna?

"No, of course not. Everyone pays the ordinary daily fee, which is NOK 300 at the machine," replies the parking manager, adding that clean towels at Thon are also included. There has previously been criticism that the mobile home park competes with the city's campsite at Storvannet, but the management of the parking company says that it is a different type of camping that the users of the mobile home park are looking for. "It is not intended to compete with the campsite, but we believe that a mobile home park close to the center is a different offer from camping. There are usually well-grown campers who have finished with children and who drive and visit cities to shop in shops and eat in restaurants," says Kurt Methi.

Half an hour in the sauna

He also believes that the motorhome parking offer in Hammerfest helps to attract more motorhome guests from both near and far to the city during the months it is open, than the city would otherwise have received without this offer. Because there are often people from, for example, Alta, Havøysund, Honningsvåg, Lakselv and other places in both the county and the country that are tempted to spend a few nights in Hammerfest. Plus long-distance travelers. "In addition to enjoying good food and drink at the city's many restaurants. Can the motorhome guests now also book half an hour in the sauna before they go out on the town to enjoy themselves further", says Kurt Methi, who is also a local politician in the town.